Management games have never gone out of style since football’s Championship Manager first hit our screens, and now Formula 1 has joined the grid with F1 Manager.

It’s not a new concept, but with a roster of current drivers and teams as well as all 21 circuits, it has a chance of eclipsing the brilliant Motorsport Manager, which sees you creating your own team and micro-managing every aspect from sponsorship to young drivers.

But this isn’t a re-skinned Motorsport Manager. In some ways, F1 Manager is more ambitious as it’s an online multiplayer game where you challenge other players with a team that you’ve created, instructing your drivers when to push, when to conserve tyres and fuel and when to pit.

It’s a simple affair, however. There’s no driver market where you hire and fire your stars, nor is there a staffing system, R&D department or any other aspect that you’d expect when taking control of a fictional F1 team. Instead, the game gives out cards for a win in crates – which are available to purchase for real money – that dictate who you’ll field.

Each driver has their own statistics, with each driver ranked on overtaking, defending, consistency, fuel management, tyre management and wet weather ability. Then your car can be upgraded with fictional parts including the ‘Slam Stop’ brakes, ‘Afterburner’ rear wing and ‘Spirit Level’ suspension. Receive enough cards and you can upgrade your existing part or driver, increasing their statistics. 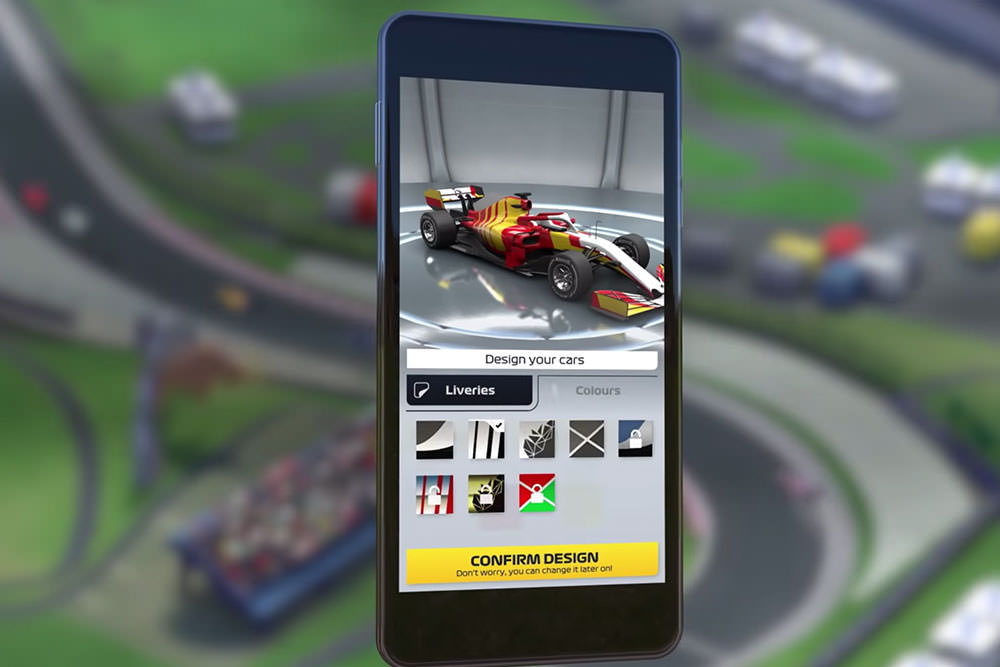 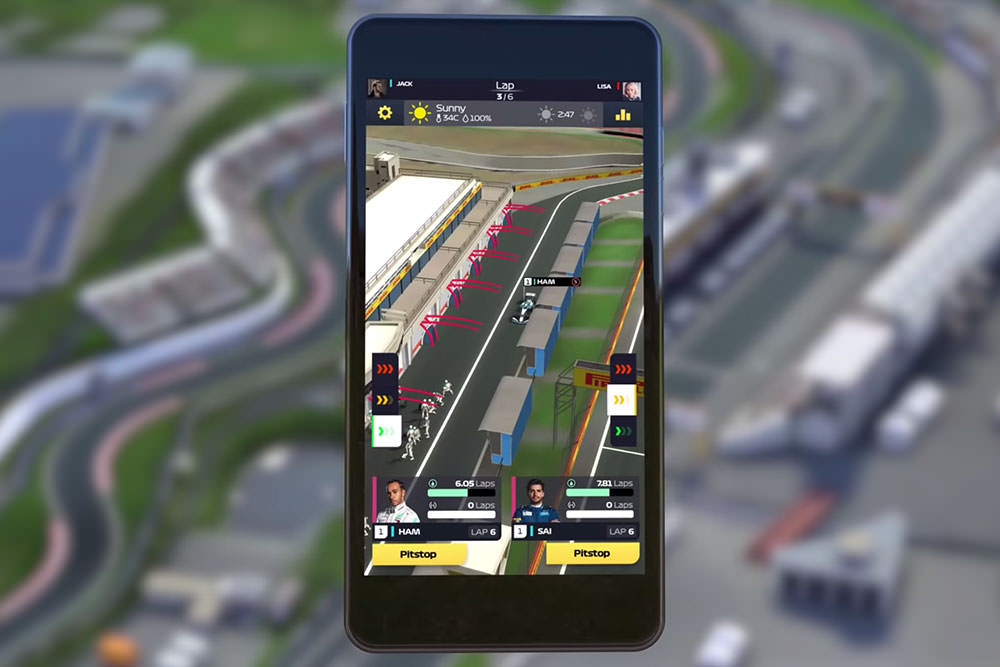 Simple, but addictive, you’ll soon fall into a rhythm of challenging other players, improving your team and moving up the ranks to unlock more circuits to compete on.

The only issues are the inclusion of intrusive microtransactions (in-game items you can pay for), with the game punishing those who don’t pay – a common theme in mobile gaming. It’s understandable that F1 Manager is monetised, but it comes at the expense of the player; cosmetic microtransactions would have been forgivable.

It’s commendable that this isn’t a carbon(-fibre?) copy of Motorsport Manager but things are just a little too simple. Ask your driver to push, and he will wear down the tyres and guzzle a lot more fuel – not just one or the other.

And mechanical faults happen very often, forcing you into a lengthy pitstop. They’re not avoidable, which is an irksome decision: poor reliability is essentially an unwarranted punishment.

But F1 Manager is an enjoyable first foray into the management genre for F1, and developer Hutch has clearly made strides to make the sport more accessible to would-be fans. That it’s multiplayer-only is a problem for those on the London Underground, but the fact that you’re competing against other players just makes it so much more engaging.

It’s not a guaranteed polesitter, but with a couple of updates F1 Manager could find itself on the front row soon enough.