While Forza Motorsport 7 and Gran Turismo Sport are both in the sim-arcade category of racing games, the Gran Turismo franchise switched gear when it was released in October 2017 with a focus towards online motor sport.

Forza Motorsport, Microsoft’s answer to Sony’s Gran Tursimo 4 back in 2005, continued on the same path of single-player racing and car collecting. The two games shared numerous features from then on, with huge garages, polished graphics and somewhat technical, if forgiving, handling models.

The question arises: with its new approach, has GT Sport now left Forza 7 in the dust?

Sony has now jumped on the esports train, and wholeheartedly so, as GT Sport puts an emphasis on players striving to avoid contact with each other online (using a sportsmanship rating), a distilled car list and the inclusion of set races, qualifying and practice sessions. The whole system can be confusing, as detailed in our review, but it’s a welcome step towards building a racing community which doesn’t just shunt the leader off at Turn 1 whenever the chance arises.

Microsoft, on the other hand, has remained steady in its approach, including the now standard list of around 700 cars – most of which were included in past games – such as the new flagship Porsche 911 GT2 RS, all the way down to pre-war Grand Prix machines such as the 1939 Auto Union Type D or 1934 Auto Union Type D. 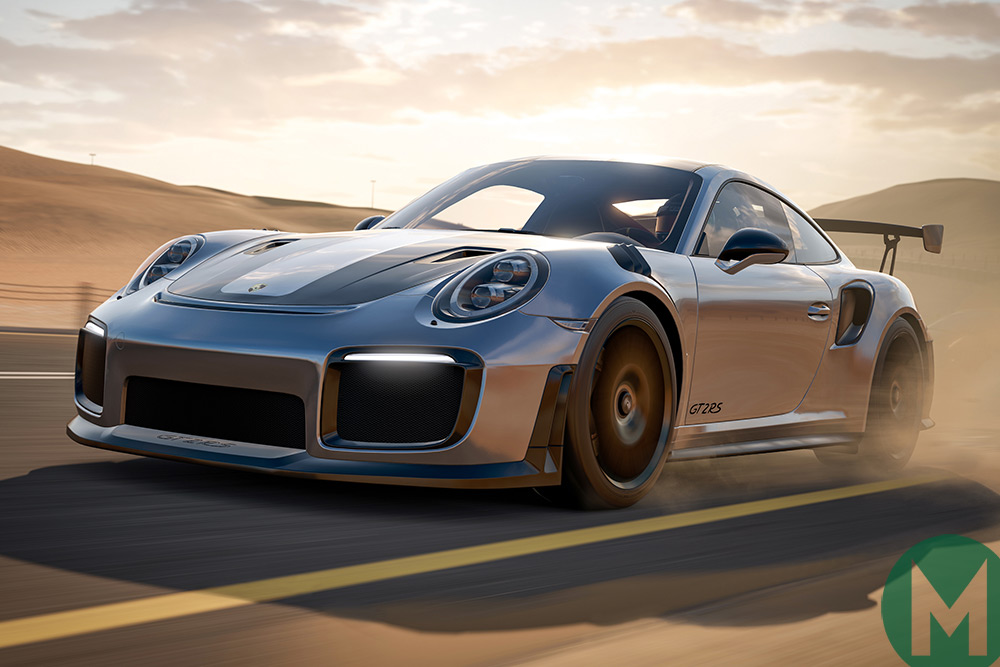 The usual LMP1 and sports car rosters are included, along with NASCAR stock cars, Formula E cars, Australian Supercars and even the 2017 Renault F1 challenger. 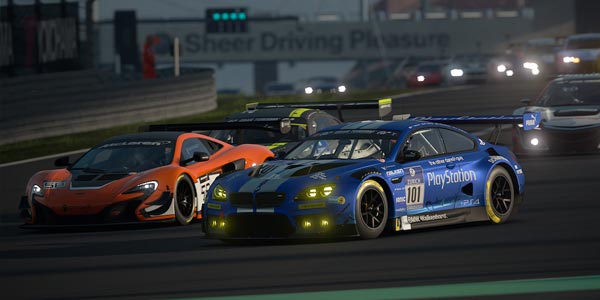 Gran Turismo Sport’s mission is to turn what was once a ‘Real Driving Simulator’ into a real racing simulator – but has it succeeded? Polyphony Digital’s 2017 release, a Playstation…

It’s a salivating list of machines to get to grips with and it does help to provide some encouragement to hit the track and improve your times. Grand Prix racing machines are a particularly welcome inclusion in Forza 7, which has managed to evoke the feeling of perennial, sideways-orientated danger in all of its vintage open-wheel offerings. However, the cover star, the Porsche 911 GT2 RS, is a frustratingly inconsistent machine, never deciding whether it’s understeering or spinning wildly over an apex. Andrew Frankel’s review says otherwise.

It must be mentioned that there is another, grating, issue: cars are purchased in ‘boxes’ which must be unlocked with credits earned from racing, rather than exclusively at the showroom, in a limiting and unnecessary change. All signs point to Microsoft implementing your hard earned money as an in-game currency in the future.

Cars are modifiable, as seen in other Forza titles, to incredible lengths as well. Widebody kits, including massive canards and spoilers, can be found on a select few cars; engines can be swapped; rear-wheel-drive cars changed to four-wheel-drive, and pretty much any other performance part can be improved to your liking.

Forza has, however, managed to nix the appeal of modifying its huge list of cars by implementing a balance of performance system depending on the class of car. For example, every car in the ‘Exotic GT’ division must be within a performance range, but the power between one car and another can differ by 100hp at times. Making changes to engine parts, brakes or suspension to bring your car level with the competition can easily make your car ineligible for single or multiplayer races. 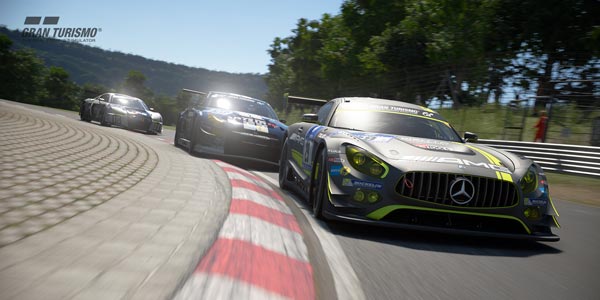 Out of this world racing

Gaming's come a long way, as Dickie Meaden is about to find out I’ve been very fortunate to race real cars for work and for pleasure for more than half…

It seems counter-productive as an approach for Forza 7 to make, because its appeal has long been the ability to improve a car enough to make it unrecognisable from its road-going variant. It could be argued that putting the cars on an equal playing field puts the onus on the driver, but a lot of Forza 7’s tracks are very power-intensive, such as Yas Marina, Silverstone, Daytona and Monza – so choosing the most powerful car in the division is key.

GT Sport has managed to keep sports cars competitive by limiting power and adding weight as and when required, and the system works because the franchise has never touted big wings and wheels above the racing itself. With an emphasis on competition, a balance of performance system is necessary; Forza Motorsport’s emphasis is certainly not on competition.

Online play is a rough experience in Forza 7 with horrible first corner collisions, inconsistent ‘ghosting’ (where a competitor disappears randomly) and some network issues still included. The unbridled aggression is especially grating, and there is no system here to punish or reward players for their driving.

On the other hand, Sony’s focus on esports has led to the inclusion of that sportsmanship rating, which does attempt to punish reckless racers, and while it doesn’t always work as intended, it provides a huge step up from Forza 7’s free-for-all. 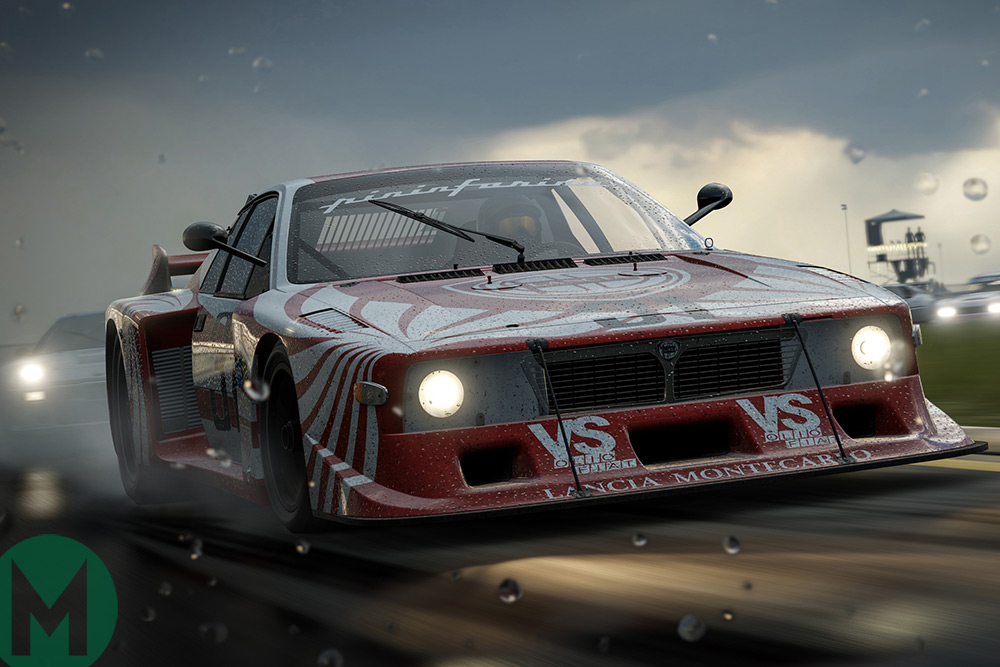 With its esports approach, GT Sport has also managed to implement yellow flags, safety cars, differing tyre compounds and fully-animated pitstops, none of which (save for a meagre choice of tyres) are included in Forza. As a result, Microsoft’s title provides a lack of incentive to race either against the artificial intelligence – whose behaviour switches from frustratingly aggressive to bafflingly slow and innocuous, and rarely in between – or against the equally aggressive online crowd. 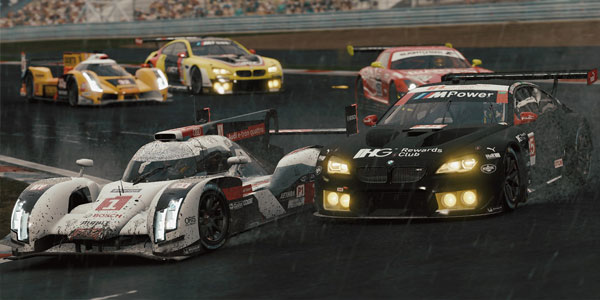 It has a tough act to follow, can Project CARS 2 continue to raise the bar? Project CARS is one of the games at the very forefront of bringing esports…

Forza’s approach to racing is especially painful given its promising collection of circuits, open-wheel cars which aren’t available in GT Sport, dynamic weather and breath-taking graphics. The weather, in particular, is a sight to behold, with clouds gradually giving way to thunder and lightning within a few laps as puddles scatter across the track. Just don’t expect to have to pit for wets, as the tyres change as soon as the rain hits.

Yes, Forza 7 has changed from its release version, with most of the glitches and bugs ironed out and some new (paid) cars packs added, but the core experience still remains. The motor sport element of Forza feels half-hearted, and a lack of cautions, safety cars, pit strategies and competitive AI means that the experience is empty from the start. Perhaps it was intended as a driving game, not a racing game, but its sister title – Forza Horizon – fills that gap all too well for this to be the case.

GT Sport doesn’t have that glittering car list, perhaps too many of its tracks are fictional, and there’s a lack of variable weather and visual flourish, but, for the armchair racing driver it’s the clear winner between the two.