After 371 laps of online racing, Rebellion Williams Esports finished one-three in the Le Mans 24 Hours Virtual after 24 hours of intense action from 200 drivers around the world.

An error from the ByKolles no4 car in the opening seconds of the race proved to be its undoing one day later, with the penalty for a jump start effectively handing the victory over to the no1 Rebellion Williams car.

The race got underway with ByKolles’ Tom Dillman leading the field but he went for it a fraction too soon for the race directors liking. The poleman was handed a drive-through penalty within the first hour of running for being deemed to have jumped the start. It proved to be the race-losing error.

Fernando Alonso was the next driver to make a mistake having started the race for the Alonso-Rubens Barrichello LMP2 team. The two-time champion collided with lapped GTE traffic in the form of Simone de Silverstro. The contact earned a drive-through but it was just the start of the Spaniard’s issues.

Through a technical glitch, his stop for fuel was overruled by the penalty, resulting in a stoppage on track due to an empty tank.

A red flag soon brought the race to a temporary halt while servers were reset with a quarter of the race in the books, allowing the no14 car back into the action, six laps down.

The half-hour break was ended and the race resumed with the sun setting and some drivers struggling to adapt to the conditions versus earlier stints. Katherine Legge was one driver caught out, catching the grass on entry to the second Ralentisseur chicane. Her blind re-entry to the track caused contact with the Romain Grosjean Team Corvette, earning Legge a penalty as a result.

Charles Leclerc’s Ferrari team was the next F1 name to run into trouble. Resuming driving duties for his second stint, a glitch caused his 488 GTE to randomly flip out of control, necessitating a repair job.

Simon Pagenaud had to react quickly after suffering a wheel failure of his own out on track. His primary rig developed an issue and the Frenchman was able to stop his Penske LMP2 car, swap his wheel out with a back-up rig borrowed from a friend to plug back in and resume the race within a matter of minutes.

YEEEEEEEES! WE HAVE DONE IT!

Another major name to be affected by technical issues was Max Verstappen. With his Team Redline no20 car a strong contender for the lead as the hours ticked by in the night, a brief glitch resulted in a crash at the Porsche Curves. After recovering to the pits, another glitch meant retirement for the team that included Lando Norris.

The second red flag of the race as the morning rolled around removed the sizeable lead built up by the no1 Rebellion Williams team. The Louis Deletraz/Raffaele Marciello/ Nikodem Wisniewski/Kuba Brzezinski no1 car had been a leading team in the LMP2 class throughout the race, and on the restart was able to stretch back out into first.

With other GTE cars running into trouble, it left the no93 Porsche driven by Nick Tandy/Ayhancan Guven/Joshua Rogers/Tommy Ostgaard to lead unchallenged.

The final hours quickly ticked down with the Rebellion Williams no1 and no13 cars fighting the ByKolles no4 as the only LMP2 cars on the lead lap and separated by under 30sec heading into the final hour.

Esports pros took over driving duties heading into the final stages of the race and Jernej Simoncic flying in the ByKolles car and closing down the leader on a contra strategy. With 37 minutes remaining, both Rebellion Esports cars pitted to take on fuel for the final sprint to the end, handing the lead over to ByKolles before the no4 car responded one lap later.

It then became a question of whether the Rebellion Williams cars could save enough fuel to make it to the flag while the no4 car chased them down.

Simoncic had to work for second but with 22 minutes to go, he forced Michael Romanidis in the no13 Rebellion Williams to make an error at Dunlop to take the position.

Romanidis scaped back by though on the same lap, slipstreaming by Simoncic but the ByKolles swept back through into the Porsche Curves in a stunning move to regain second place with 23sec to make up to the leader.

In the end it proved to be too much to overcome in the little time remaining, as Nikodem Wisniewski saw out the remaining laps without any issues to claim the Le Mans 24 Hours Virtual in the no1 car. 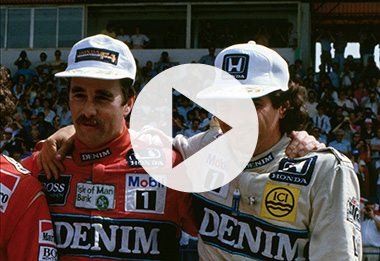 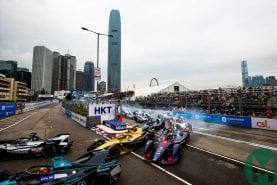