A new road car-based electric rallycross series called SuperCharge has been announced and aims to launch in 2022.

Eight cities around the world are planned to host a race in the inaugural season, though no specific locations have been revealed.

The series will focus on road-relevant battery technology and sustainability in order to appeal to road car manufacturers and hopes to attract a young demographic through short races across a one-day event.

SuperCharge showed off its chassis and unique look of the racing cars that will take to the tracks in 2022. A standard design will form the basis of the tubular chassis frame before manufacturers design their own unique bodywork. Manufacturers will also be able to develop their own battery and control unit technology.

The cars will be powered by a 500kw battery capable of producing 670 horsepower. The delivery of the electric power will generate a 0-60mph time of just 2.5sec. The battery will power front and rear independent drivetrains, allowing drivers to use maximum power throughout the races.

Those races will take place across a single day knockout tournament format. The series hopes to attract eight two-car teams to form the grid, with drivers split into four groups of four and accruing points in three head-to-head races.

From there, the top-scoring drivers advance into the semi-finals and final race, scoring points for a manufacturers, teams and drivers’ championship.

“With many countries and cities already announcing plans to ban internal combustion-engine cars in the coming years, the need for road car-based electric motorsport is becoming more and more compelling. 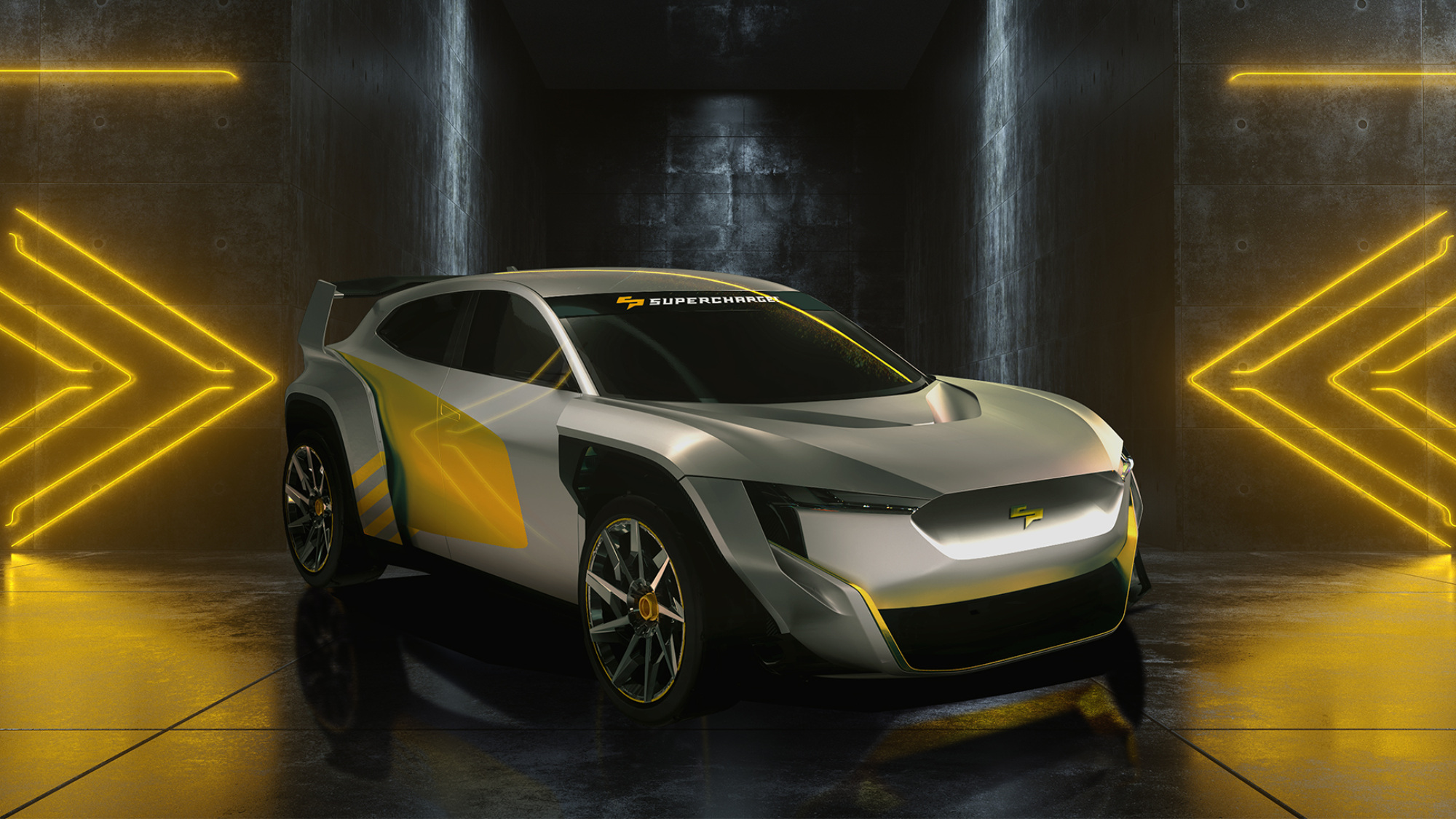 “We believe it is only a matter of time before there are more electric motorsport series. Given this rapidly increasing EV momentum, we believe the timing and appeal of SuperCharge is ideal and see a clear space for it as the road car-relevant motorsport series.

“We have carefully conceived SuperCharge to take account into these societal changes and to consider the needs of car companies, fans, commercial parties and venues in order to make a truly sustainable and commercially viable new series. SuperCharge takes motorsport into a new and hugely relevant arena and we can’t wait to spark the series into life across the globe.”

The ‘Supertracks’ will feature a 2.5m-high jump section along with a low and high-grip section as well as a joker-lap section. The 1km-length are aimed at fitting races into a small enough area to allow fans to surround the track and generate a festival-like atmosphere across the day.

Three races are targetted in cities in Europe with one in the Middle East, one in the Asia-Pacific region, and one in China and the United States.

As part of attempts to appeal to manufacturers and maintain road relevance, the series hopes to show the public the benefits of electric technology, with the cars using publicly available recharging technology in order to show the concept is simple and safe.

Supercharge also plans to use sea freight to transport its paddock around the world and broadcast remotely to reduce footprint. Host cities will also receive support from the series in local sustainability efforts.

While collaborative work has been ongoing with Motorsport UK in the formation of the series, the series plans to apply for FIA championship status in the future.