McLaren will join the Extreme E electric off-road series next year, as it looks to “accelerate” sustainability and diversity in racing.

It will join teams run by the likes of Lewis Hamilton, Nico Rosberg, Jenson Button, competing in areas threatened by climate change.

McLaren Racing CEO, Zak Brown said that the team’s success in the current IndyCar season  — and new funding obtained last year — gave him the confidence to commit to another championship.

He also said that the programme would benefit the Formula 1 team and that a positive reaction to the news will influence McLaren’s decision on whether to enter Formula E too.

The announcement is “the biggest news in the short history of Extreme E”, said the series founder, Alejandro Agag, who said that more teams were in line to join for 2022.

McLaren’s entry is a vote of confidence in the environmentally-focused series which is still finding its feet after its first two rounds in Saudi Arabia and Senegal. 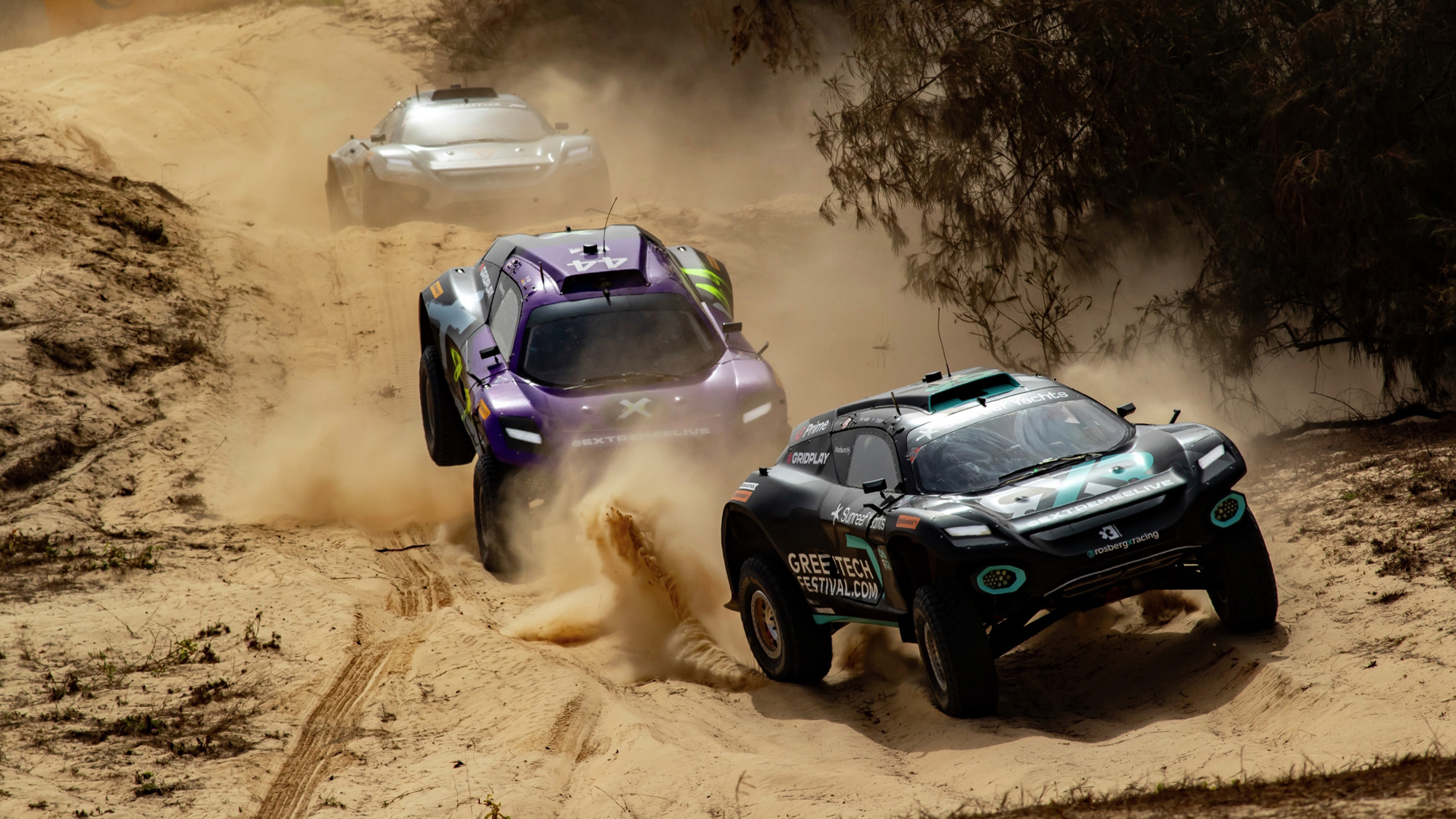 McLaren will become the tenth Extreme E team next year

Brown said that he was concerned that there wouldn’t be any space for new entrants if McLaren delayed its decision: the series is limited to 12 teams and already has nine competing this year.

“I believe the franchise will be sold out quickly,” said Brown. “We felt with the success of the series that we didn’t have the luxury of maybe waiting another six months.

“From the moment Extreme E was announced we have been following the progress of the series closely. Our attention was immediately drawn by the innovative format of this motorsport platform, in particular the ability it gives us to accelerate and boost our own overarching sustainability agenda, which shares the same priorities of decarbonisation, waste reduction, diversity and equality.

“At the same time, it will enable us to reach a new audience with an innovative race format, connect with a new generation of fans through content served across a variety of channels and provide partners with a purpose-led competition platform and share in a positive, powerful narrative.

“This new venture is true to our roots of participating in a variety of categories, innovation and bravery. Extreme E is paving new ground in motorsport as a force for good in confronting some of the biggest challenges facing our world today and in the future.”

McLaren’s driver line-up is still to be announced, but its one male and one female driver are likely to come from the world of rally or rallycross.

Extreme E’s electric SUVs are transported by boat to each venue, chosen to highlight the damage caused by climate change, and the series has committed to having a net-zero carbon footprint by the end of the first season, as well as leaving a legacy in each location. At the last Ocean X-Prix in Senegal, it began a project to plant a million mangrove trees.

The racing format is still evolving: a scheduled series of wheel-to-wheel races had to be partly replaced by time trials in Saudi Arabia because of the amount of sand kicked up in the desert; while the second round in Senegal saw further tweaks and exposed some fragilities with the spec cars being used.

Brown said that McLaren was convinced that the championship would offer long-term appeal.

“Our success in IndyCar, on and off the track raised our confidence that we can compete in multiple series competitively.”

He suggested that the reaction of fans and sponsors to the news would affect McLaren’s decision on entering Formula E in 2022 – expected at the end of this year.

“Our [Formula E] option goes until the end of the year,” said Brown. “So we want to get this announcement out there and see what activity, it creates with our fans and in the marketplace.”

One of McLaren’s competitors will be the Andretti United team: a partnership between Andretti Autosport and United Autosports, which is co-owned by Brown. The Mclaren boss said there would be no conflict of interest because he was a silent partner in the business: “I’ll continue letting [Andretti United] do what they do, which is running the team, and having no involvement in that and have 100% of my focus on McLaren.”