The Inspiration Award celebrates the figures, teams and cars whose achievements have proved exceptional, even if they are not always fully recognised.

Each nominee represents the outstanding commitment and dedication required to succeed in motor sport, whether it’s behind a wheel, at a workshop or trackside. 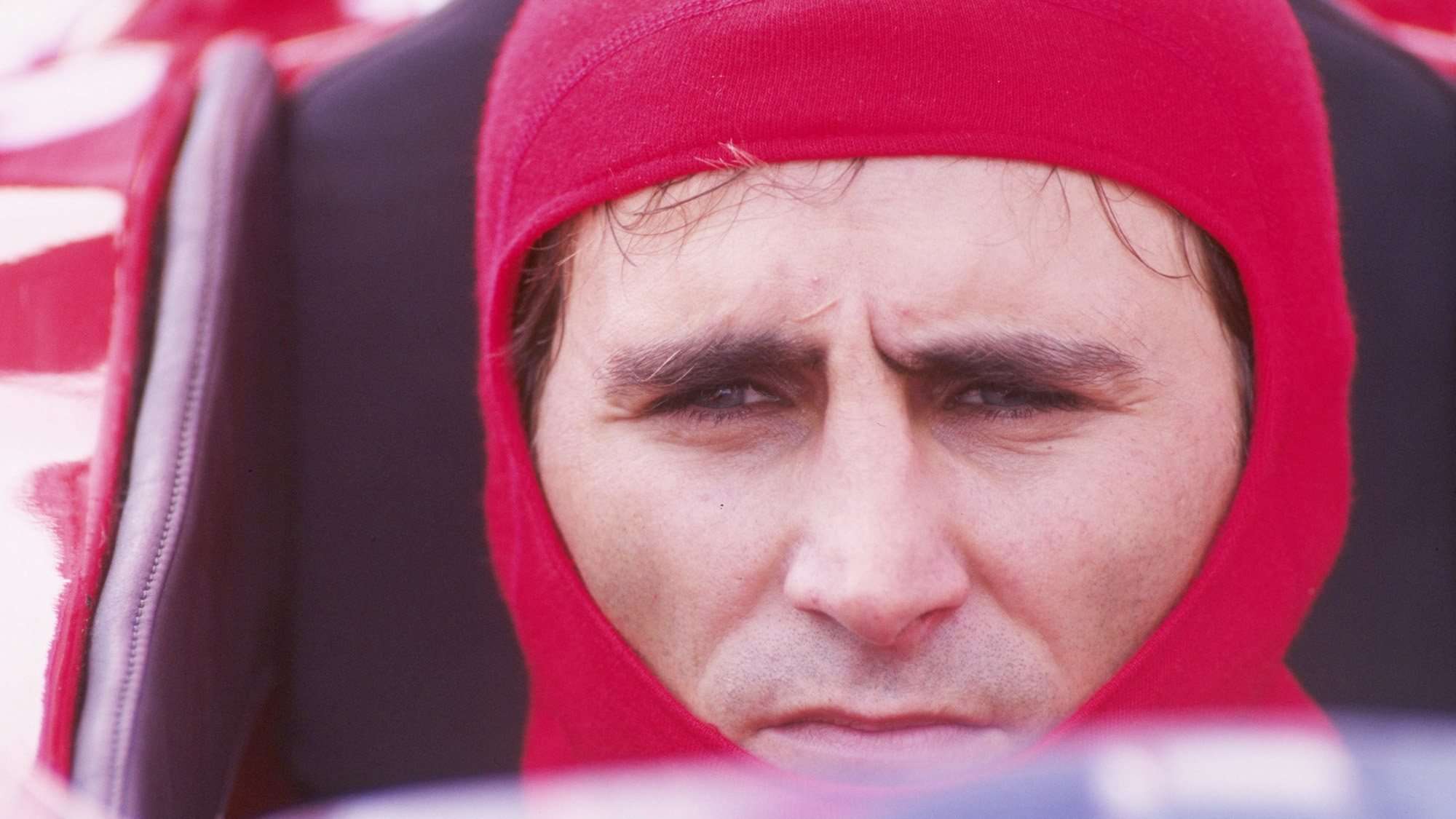 A two-time Indycar champion and multiple Paralympics gold medallist, Alex Zanardi is simply one of the most inspirational figures from any sport, not just motor racing.

The Italian fought his way into Formula 1 in the early 1990s, driving for Jordan, Minardi and Lotus but was forced to head west to achieve his potential, winning a pair of US Indycar titles in swashbuckling fashion for Chip Ganassi Racing.

His F1 return with Williams fell flat, but Zanardi was rediscovering his touch in Indycars when in 2001 he suffered a terrible accident at the Lausitzring. Both his legs were severed below the knee. Zanardi not only survived and recovered, he returned to motor racing with BMW in touring cars, and made an astonishing switch to hand-cycling that resulted in gold medal-winning performances at London 2012 and Rio 2016.

Now, he is drawing on those astonishing depths of character and perseverance once again as he faces a new battle to recover from serious head injuries sustained in a hand-cycling collision with a truck, during a race near Siena in June. 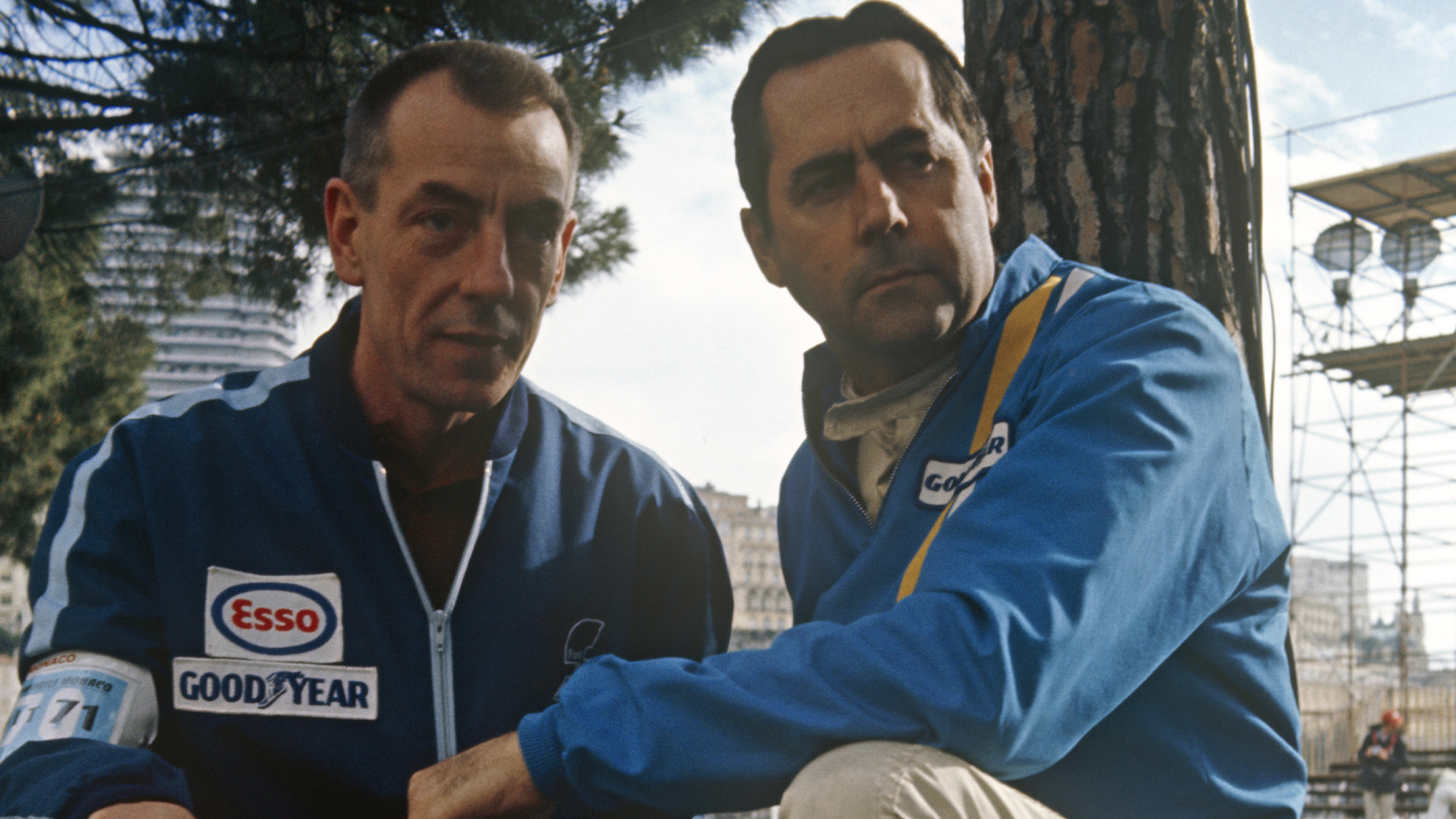 Jack Brabham’s long-time friend and partner died this year aged 95, sparking a torrent of tributes to a man who has long being overlooked for his significant contributions to motor racing. Ron Tauranac met Brabham when they raced as rivals in Australia’s speedway scene during the early 1950s, then in ’60 responded to his friend’s invitation to travel to the UK to help him win a second Formula 1 title at Cooper.

The pair then founded Motor Racing Developments, better known as Brabham, not only becoming the most prolific constructor of racing cars through the 1960s, but also F1 champions with Jack himself in 1966 and Denny Hulme in ’67.

Following Brabham’s retirement, Tauranac sold out to Bernie Ecclestone, but soon re-established his place in motorsport.

Like Brabham, Ralt became one of the biggest and best suppliers of single-seater racing cars below F1, playing a significant role in the racing careers of many young drivers through the 1980s, including Ayrton Senna and all three of Jack Brabham’s sons. Multiple wins and championships in Formula 3, Formula 2 and beyond only underlined Tauranac’s reputation for designing and building fast, safe and reliable racing machinery. 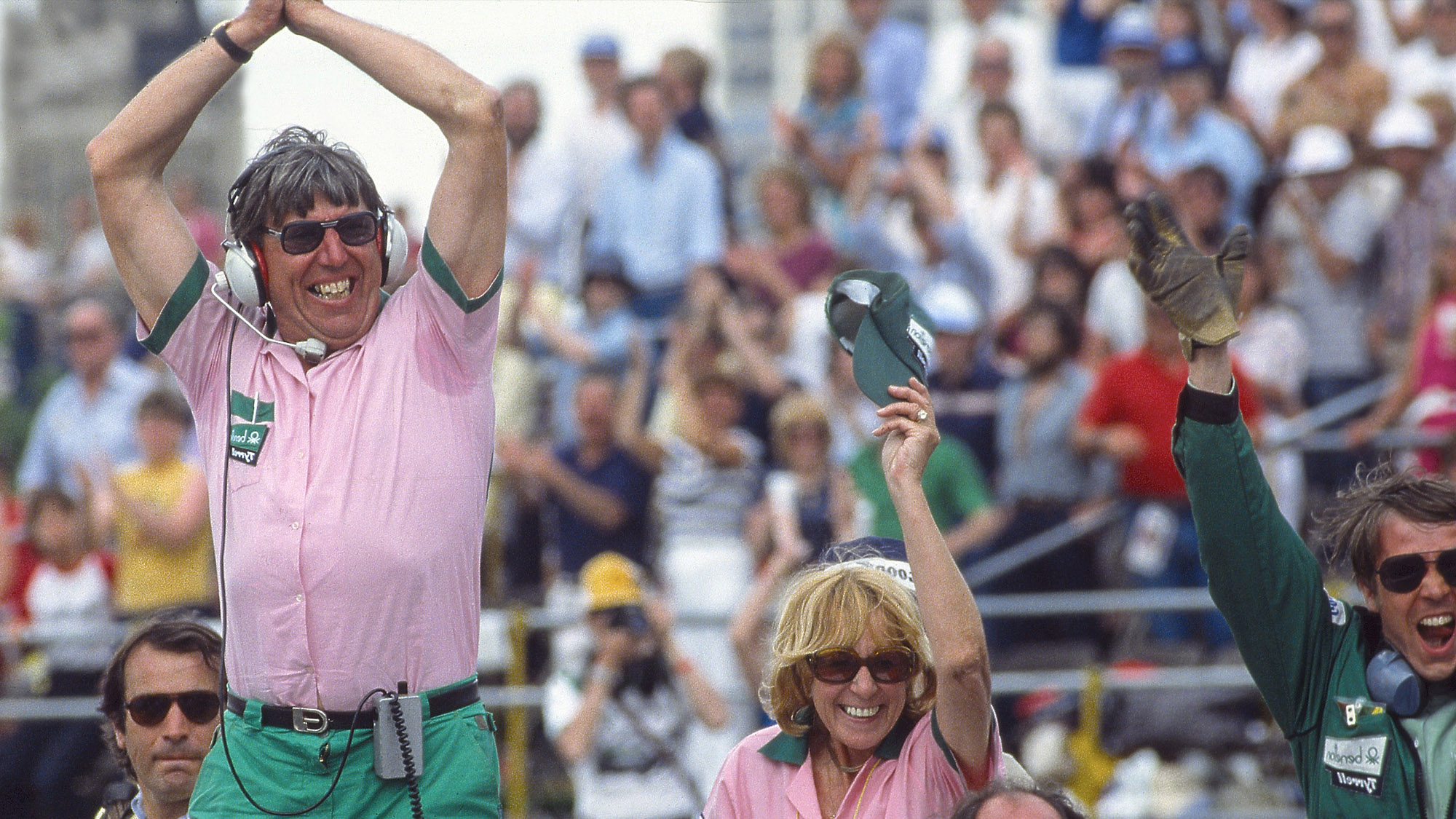 Tyrrell celebrates a Michele Alboreto win at Detroit in 1983

Through four decades, Ken Tyrrell’s small, privately funded team battled against the odds to compete – and win – in Formula 1. His partnership with Jackie Stewart, first in Formula 3 and then in grand prix racing, proved the defining professional relationship of Tyrrell’s career.

Stewart left BRM to race a Matra for Tyrrell in 1968, almost beating Graham Hill’s Lotus to the world title, before going one better in 1969. By the end of 1970, the first Tyrrell F1 car had made its debut, Stewart winning further world titles in Derek Gardner’s designs in 1971 and ’73. Tyrrell never again hit such heights, but continued to innovate – most notably with its infamous but also successful six-wheeled P34 – and challenge the ‘grandee’ manufacturer teams.

The final win came in 1983, via Michele Alboreto in Detroit, but Tyrrell valiantly fought on until 1998 when Ken, with a heavy heart, sold out to a tobacco company as British American Racing was born. In Tyrrell, who died in 2001, F1 lost one of its greatest and most cherished team principals and characters. 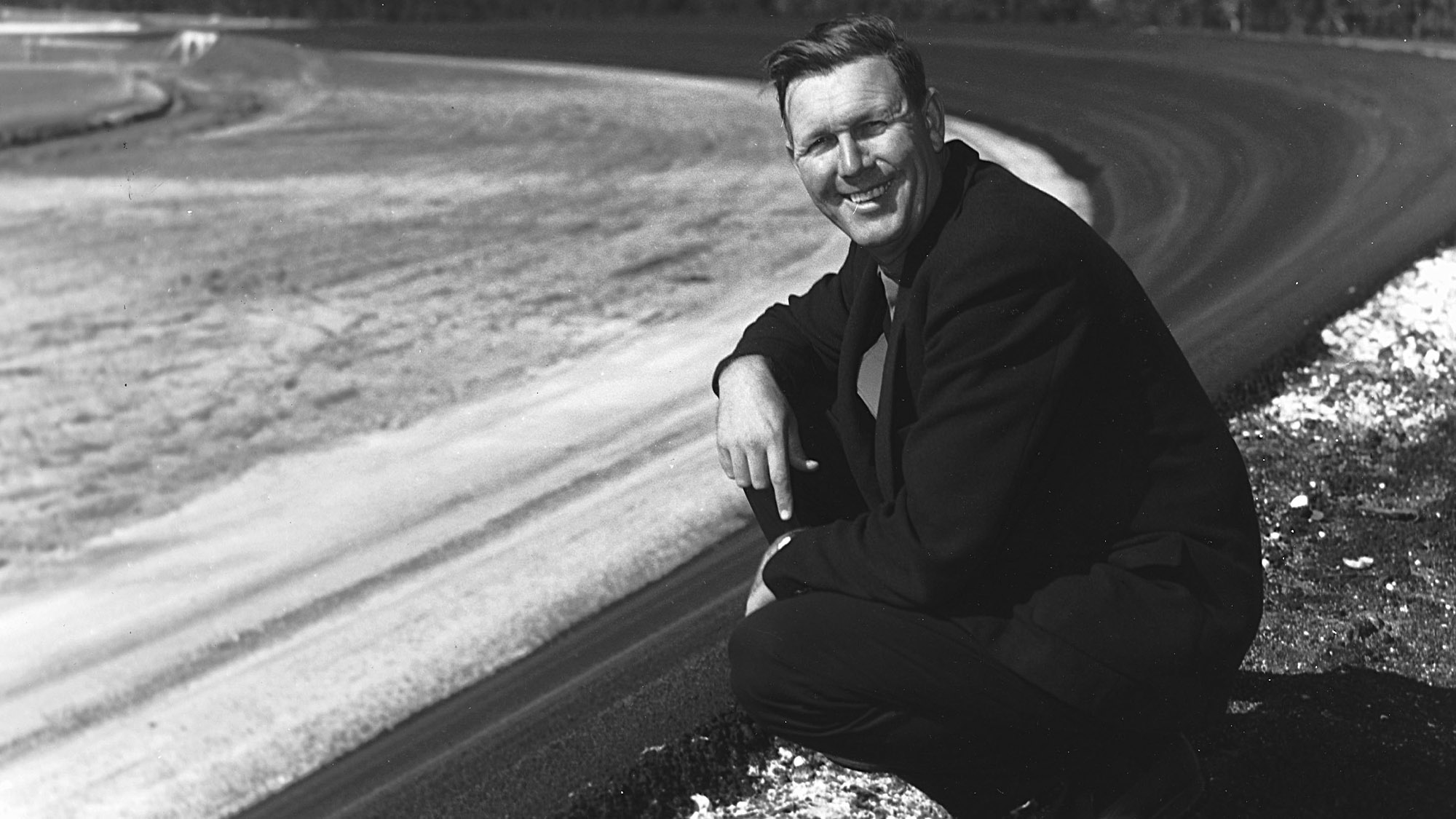 For many Americans, motor racing is NASCAR, and without Bill France Sr US stock car racing wouldn’t have evolved out of its amateur roots into the phenomenon we know today.

France was born in Washington DC, but moved to Daytona Beach in the mid-1930s to escape the Great Depression. On the sands that had hosted Land Speed Record attempts, he took part in the new brand of stock car races that were growing in popularity and was soon running them.

He founded NASCAR after the war, in 1948, and through the 1950s worked on his ambition to build a new race circuit. Daytona International Speedway was opened in 1959 and became the epicentre of the NASCAR stock car boom through the 1960s, overseeing its commercialisation and its eventual development away from dirt tracks to the network of paved oval speedways that eventually made up the packed annual schedule of races.

‘Big Bill’ ran the sport with an iron fist, before handing over to his son Bill France Jr, and died aged 82, in 1992. 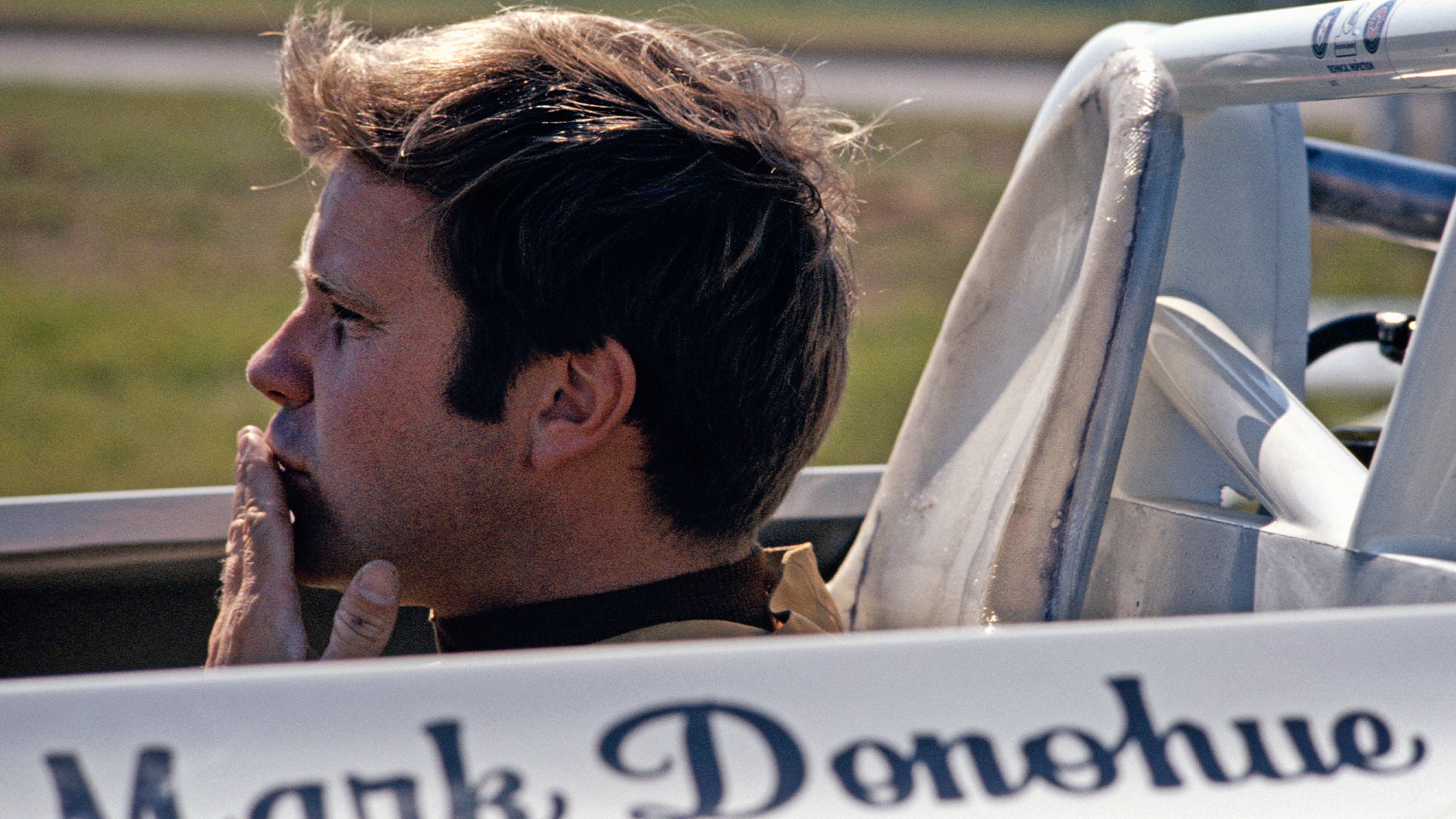 Roger Penske’s friend and first racing ‘muse’ was a true all-rounder, comfortable in high-powered single-seaters, sports cars and Trans-Am ‘sedans’. Mark Donohue emerged from the national SCCA scene to become a USRRC star, first with a Lola, then a Penske-run McLaren M6A. He lead Penske’s Daytona 24 Hours victory in 1969 with a Lola T70, won back-to-back Trans-Am titles and immediately made an impression on his Indianapolis 500 debut, a race he would win for Penske in 1972 at just his fourth attempt.

He won races in NASCAR, dominated the 1973 Can-Am series in a Penske-run Porsche 917/30, set a closed-course speed record and then was coaxed out of a surprise retirement by the ‘The Captain’s’ offer to switch to Formula 1. Even with his formidable skills in developing racing cars, the Penske PC1 proved uncompetitive in 1975 and the team switched to running a March.

During practice at the Austrian GP, Donohue crashed through a barrier, killing a marshal, and suffered head injuries to which he succumbed two days later. For all the successes Penske has subsequently enjoyed through the decades, Mark Donohue remains the team’s archetype of what a racing driver should be. 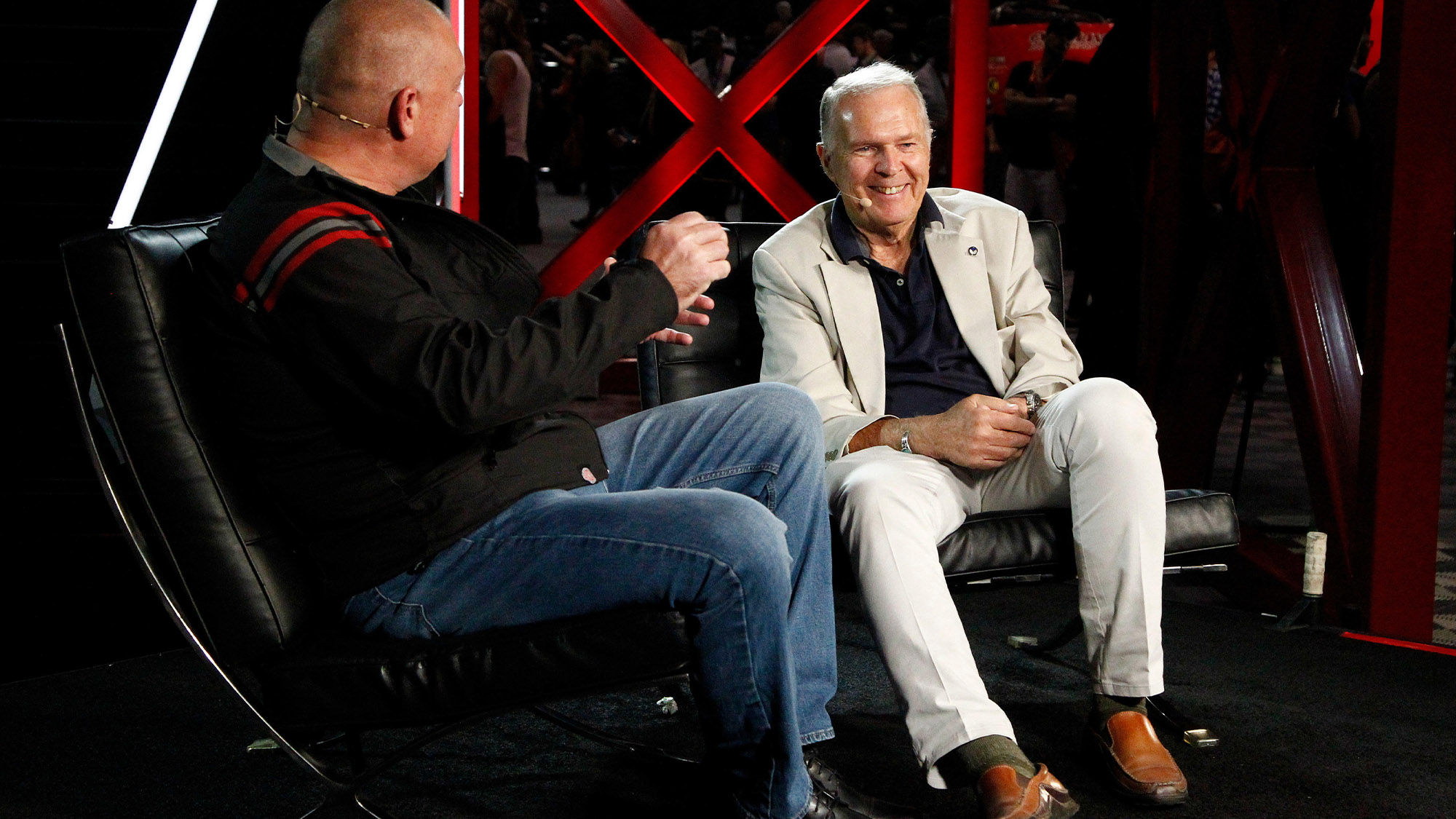 Car designer, stylist, entrepreneur, teacher, author and photo-journalist, Peter Brock has done it all in a life dedicated to the automobile. His most significant contribution to motor sport was in harness with Carroll Shelby, for whom he worked from the early 1960s.

As Shelby American’s international racing ambitions took hold, the boss asked Brock to design an aerodynamic body to make the AC Cobra a genuine GT contender on the long straights at Le Mans. From the initial sketches, the shape of the Daytona Cobra Coupe would become one of the most celebrated silhouettes in automotive history – and over two seasons, the car would hit its marks as a Ferrari beater to claim the 1965 GT championship of makes.

Brock would subsequently run his own racing team, diversify into other arenas such as hang-gliding and enjoy a long and prolific career as a writer and journalist. 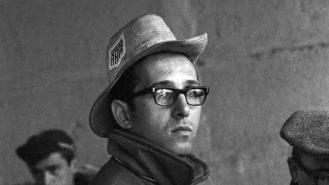 Charlie Whiting Mostly known for his work as FIA race director in Formula 1, Charlie Whiting's career has left a lasting impact on the series and the sport. Whiting got…