Like many racers of his generation, Graham had his career interrupted by the Second World War, during which he flew RAF bombers. At the start of the first world championship season in 1949 he was with the AJS factory, riding its twin-cylinder 500, nicknamed the Porcupine.

During the war Graham had learned to be brave and ruthless, traits he now deployed on the racetrack. His 1949 season didn’t get off to the best of starts – he led the Senior TT, only to break down just a few miles from the finish – but he won the Swiss and Ulster GPs to take the championship by one point from Gilera’s Nello Pagani.

Fed up with the penny-pinching ways of AJS he became MV Agusta’s first big signing in 1951. The following year he finished second in the 500cc world championship. He lost his life in June 1953 when he crashed at the TT, due to a mechanical fault.

Duke was motorcycle grand prix racing’s first four-times premier-class world champion and arguably its first true professional. The Merseysider had an immaculate style that he worked tirelessly to improve.

His rise to fame from trials riding with Norton to winning the 1951 500cc world title with the company was rapid, although not quite as rapid as it might have been, because he would’ve won the 1950 500cc title but for tyre failures.

Like Les Graham before him he soon tired of the attitude of British management and gladly accepted an offer to ride for Gilera, who seemed much more interested in moving forward than did Norton.

Duke was like gold for Gilera. Not only was he incredibly fast on the company’s four-cylinder 500 – he won the 1953, 1954 and 1955 world titles for the marque – he also brought Norton’s chassis knowhow with him. 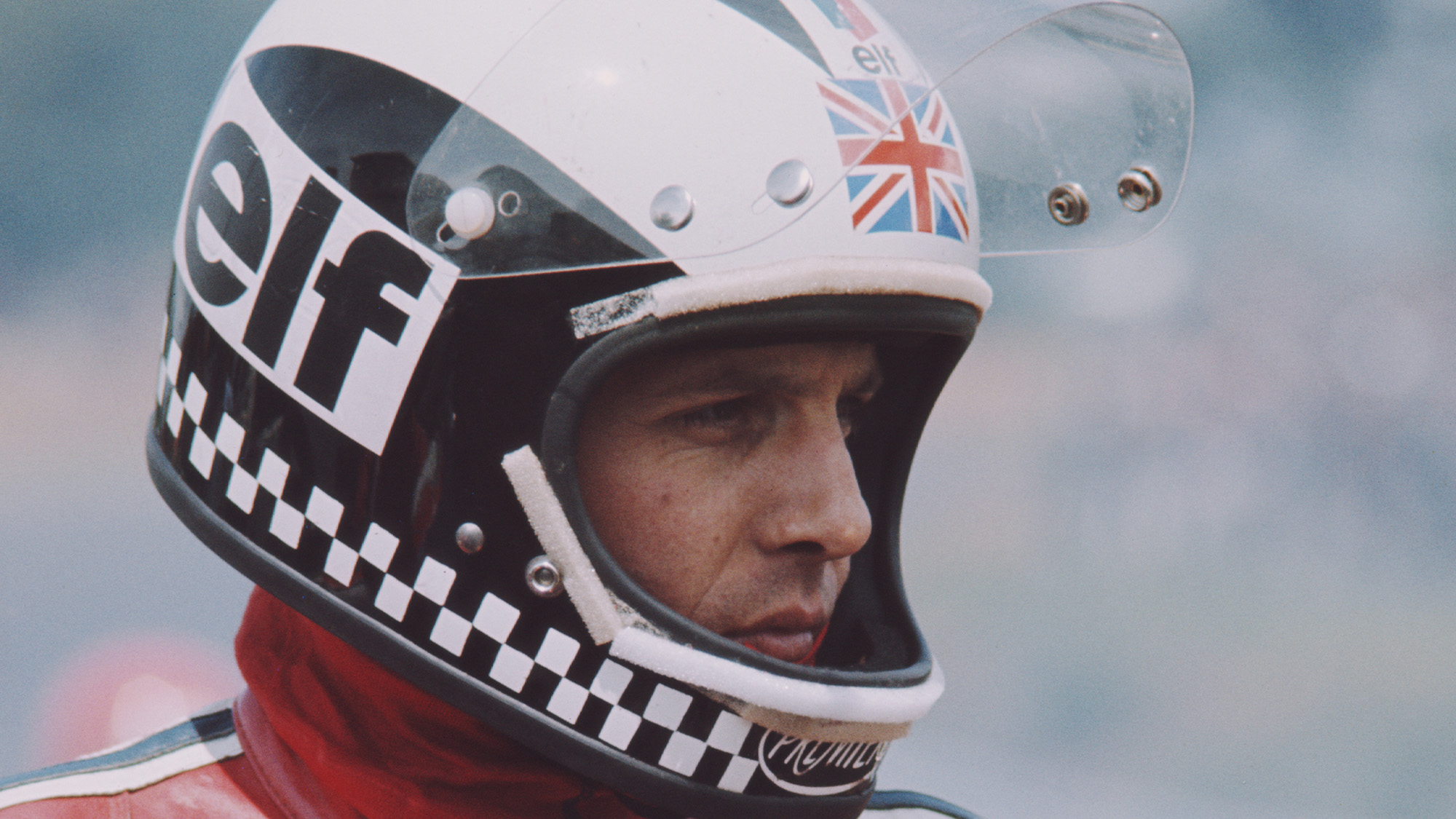 Read is one of motorcycle racing’s all-time greats. He was the first rider to win the big three world championships – 125cc, 250cc and 500cc – and his skills crossed all boundaries – from big bikes to little bikes, from four-strokes to two-strokes and from street circuits to short circuits.

A daunting competitor, Read made enemies easily and his rivalries defined an era. Most famously he spoiled Yamaha’s plan to have him win the 1968 125cc world championship while team-mate Bill Ivy would take the 250 title. Read disobeyed team orders and grabbed both titles.

In 1973 he was hired by MV Agusta to partner the Italian marque’s favourite son Giacomo Agostini. Read beat Ago, who quit the factory and went to ride for Yamaha.

Read was one of the first top riders to turn his back on the Isle of Man TT, which made him unpopular with some fans. When he returned to the Island in 1977, after his GP career, he didn’t get the warmest reception. 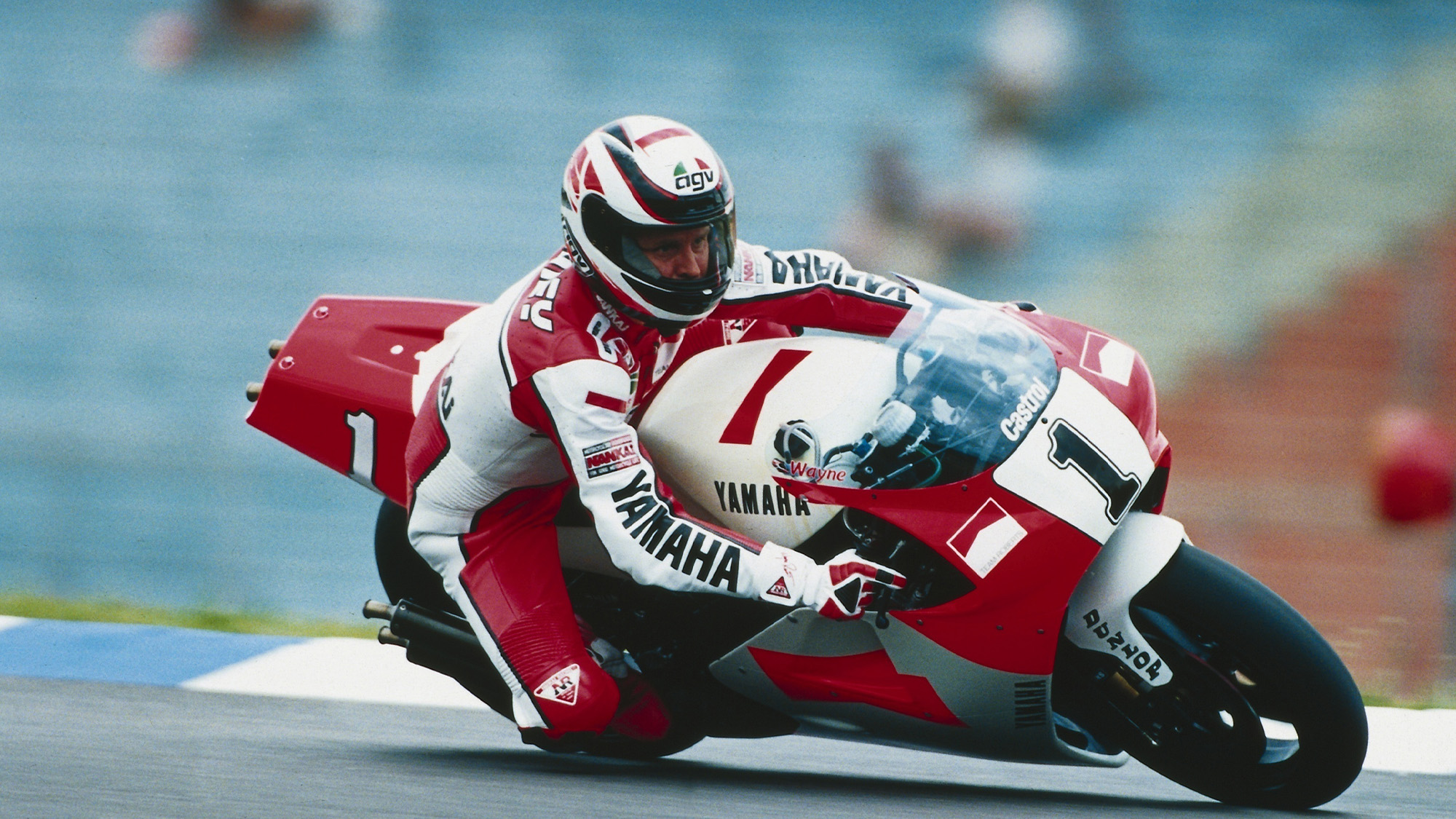 Wayne Rainey was the last of America’s great generation of multiple 500cc world champions. The USA dominated GP racing for a decade and a half, from the day ‘King’ Kenny Roberts hit Europe in 1978 to the day Rainey left at the end of 1993.

Like Roberts, Rainey grew up going left and sideways, on dirt track ovals across the US. When he commenced his 500 GP career in 1988 he was a fully formed and formidable fighting force.

Guided by Roberts he took half a season to win his first 500 GP and very nearly won the championship the following year. When he switched to Michelin in 1990 he became pretty much unbeatable, at least over a full season.

Like Roberts and Eddie Lawson before him Rainey raised the level of training, commitment and professionalism. He took the 1990, 1991 and 1992 500 titles and may have added a fourth but for his career-ending accident at Misano.

Schwantz’s duels with fellow American Wayne Rainey were grand prix racing’s headline act from 1988 to 1993. The fact that the pair went racing in such different ways made their duels unmissable.

Schwantz was the wild one – ending races either standing at the top of the podium or sitting on his backside in a gravel trap. He didn’t know how to back off, which was both a strength and a weakness.

Like Rainey, his road to GP racing was via off-road competition and US superbikes. In Europe he quickly built a huge fanbase – people loved his win-it-or-bin-it attitude. He won the first race of his full-time GP career in the spring of 1988, but it was autumn 1993 before he won the championship.

Schwantz and Rainey were such a double act that Schwantz lost motivation once his great rival had ended his career. He quit halfway through the 1995 season. 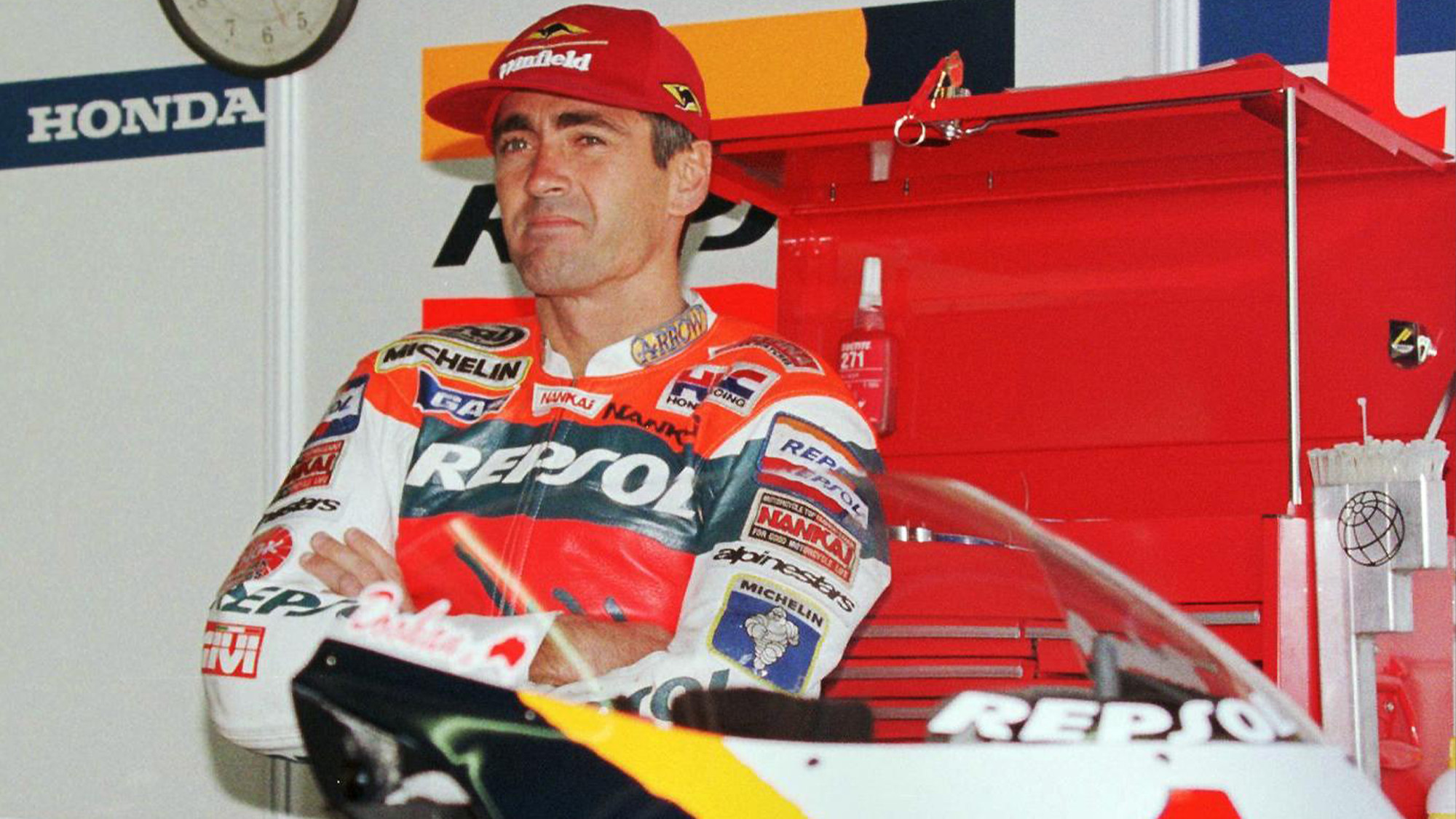 Has there ever been a more determined competitor in motorcycle grand prix racing? Most top bike racers have to fight back from injury sometime in their careers but no one has come back from such horrific injuries to climb the highest heights like Doohan.

The Australian landed in Europe in 1989, when he had an ugly rookie season in the 500cc world championship. Honda’s unforgiving 1989 NSR500 hurt him again and again, so there were times when he wondered if it was all worth it.

Instead of giving up, Doohan transformed himself – mentally and physically – for the challenges that lay ahead. He won his first GP in 1990, challenged for the world title in 1991 and utterly dominated the 1992 season, until a broken leg and a botched operation ended his title challenge. And very nearly his career.

By 1994 he was pretty much back to full strength and began five years of total domination. Only two other riders have won five consecutive premier-class titles: Giacomo Agostini and Valentino Rossi.