More than 20 Le Mans 24 Hours wins, hundreds of touring car victories, and the ‘most valuable race ever’ at the 2018 Goodwood Revival 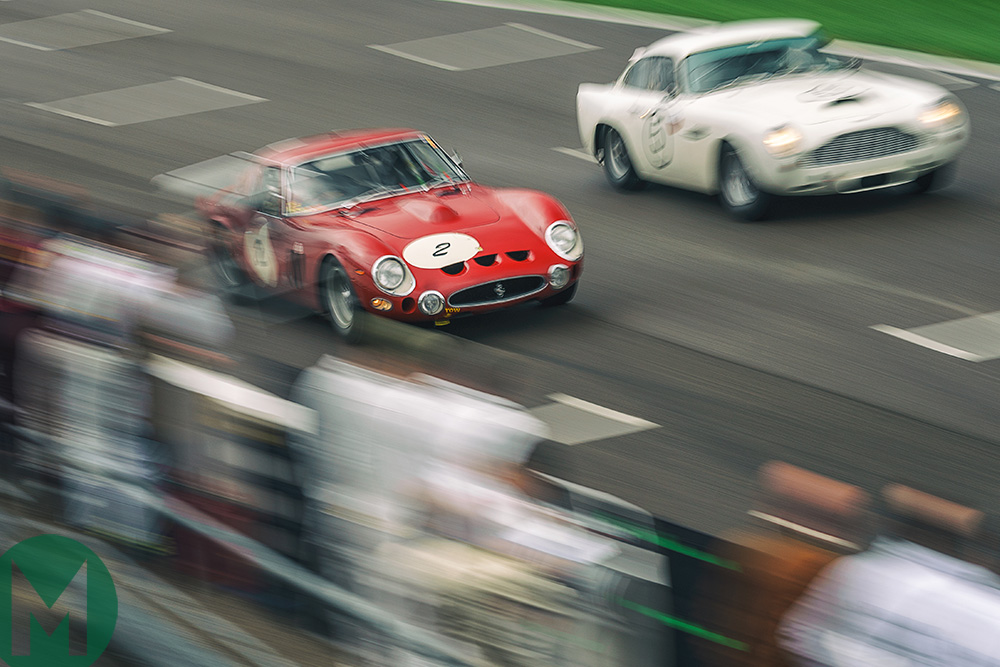 Goodwood has christened the Kinrara Trophy the most valuable motor race in the world. And, at the Revival on September 7-9, with a grid of 30 pre-1963 GT cars including 10 Ferrari 250 GT SWBs, two GTOs, four Aston Martin DB4 GTs, AC Cobras and Jaguar E-types, it may have a point.

“Most would expect to find cars of this value locked away in a garage or museum,” said the Duke of Richmond. “But at the Revival you will find them racing into the dusk, headlights blazing, and brake discs glowing as they roar around one of the fastest and most demanding circuits in the UK.”

And, for those accustomed to the sweeping curves and contours of the Goodwood Circuit, you’ll know that these cars aren’t just performing demonstration laps to appease the well-dressed, well-mannered spectators; these cars and motorcycles are raced for baying crowds of motor sport fans. Just watch the eye-watering Ferrari 250 GTO crash below, from last year’s event.

Furthermore, with an entry list of decorated drivers and riders, it just wouldn’t be cricket to have racers crawl around Chichester.

Take Richard Attwood – no stranger to the Revival – who’ll be back in the BRM P261 for the Glover Trophy race. Similar to the car that he raced in the 1966 Tasman Series, and made famous by Jackie Stewart and Graham Hill who campaigned it in the 1964 and ‘65 World Championship, Motor Sport said of the BRM in 2000: “These are the lightest F1 cars of all time and the most unadulterated. Driving just doesn’t get any purer than this.”

Attwood challenged for the lead briefly last year but will again have to contend with the Lotuses of former Nissan touring car driver Andy Middlehurst and 2017 Glover Trophy winner Martin Stretton, among others.

Returning this year after three years away will be the Fordwater Trophy, celebrating 70 years of the Jaguar XK120, one of which Stuart Graham will be piloting. But the likes of Darren Turner (Aston Martin DB2) will be out to stop him. Graham will be taking on a hoard of touring car drivers such as Gabriele Tarquini, Emanuele Pirro, Mass, Jörg Müller, Andy Priaulx, Matt Neal and Jason Plato in the St Mary’s Trophy – and Dickie Meaden returns too.

Motorcycles aplenty in the Barry Sheene Memorial Trophy – 23-time Isle of Man TT winner John McGuinness made headlines as he announced that the Revival would mark his return to competitive racing for the first time since he suffered career-threatening injuries in practice for the North West 200 in May 2017. Joining McGuinness on the grid will be the likes of Steve Parrish, Troy Corser, Maria Costello, Freddie Spencer and Jenny Tinmouth.

Of course, the list of names is sprawling – Jackie Oliver, Marino Franchitti, Mike Conway, Karun Chandhok and Steve Soper are just a few more confirmed – but it shows the attraction of an event like the Revival.

More so, a cast such as this provides an apt way to celebrate the event’s 20th anniversary.