What does the world’s biggest historic racing event – Silverstone Classic – have in store? 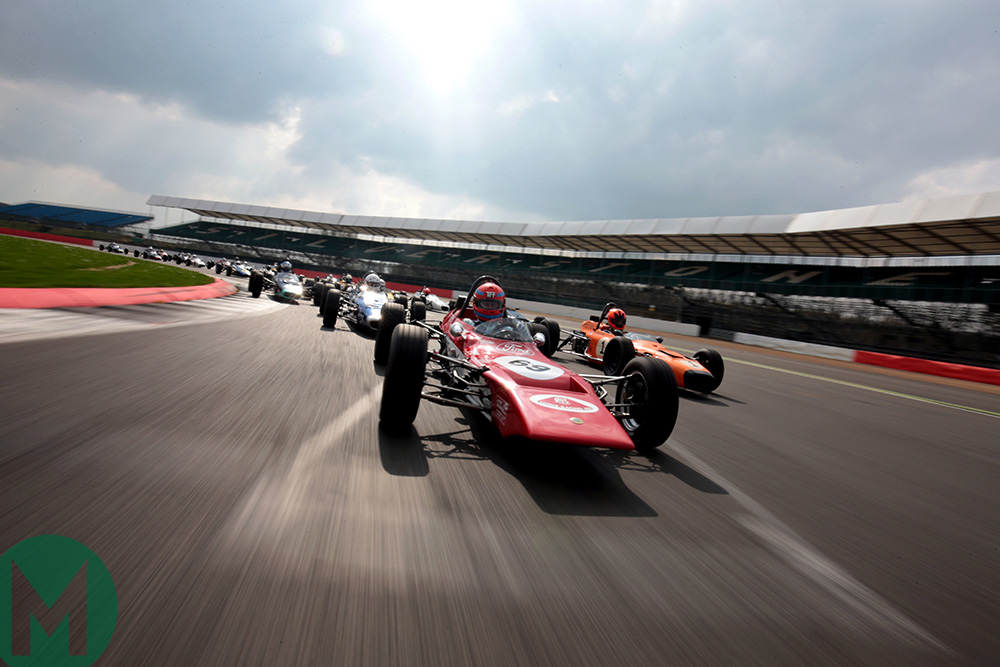 It’s Silverstone Classic’s turn to take the reins on July 20-22, an event that claims to be the world’s biggest historic racing meet, with more than 1000 cars competing. And on such a sprawling airfield such as Silverstone, the Classic – in its 28th year – is given the freedom to cover a staggering amount of ground.

Touring cars are a pivotal part of the weekend, with the British Touring Car Championship getting an official celebration at Silverstone. ‘Tin-Top Sunday’ features four touring car grids, with cars from the late 1950s up to 2005. The Super Touring Car Trophy expects its biggest grids of the year, while the Historic Touring Car Challenge takes care of those who want to see machines of the type that did battle from 1966-90.

Step back in time just a bit and you have the brilliant Stirling Moss Trophy, for pre-61 sports cars. Chevrolets, Coopers, Costins, Listers, Lotuses, Lolas and more do battle in the two-driver contest.

Pre-56 sports cars feature in the Woodcote Trophy, with the Jaguar XKs celebrating their 70th anniversary alongside stunning racers such as Jaguar D- and C-types, assorted Frazer Nashes and the Aston Martin DB5.

The 70th anniversary of the first British Grand Prix will also be marked with a track parade on Saturday – including cars that competed back in 1948.

A high-speed demonstration for ‘Legends of Modern Formula 1’, including significant F1 cars from the 1980s to the 2000s such as Ayrton Senna/Johnny Cecotto’s Toleman-Hart G184 and Sergio Pérez/Kamui Kobayashi’s Sauber C30 takes place on Friday lunchtime and Saturday at midday. The cars will be displayed in the national paddock throughout the weekend.

Just be sure to bring your walking boots – the old airfield will keep your pedometer ticking over.