Looking ahead to the 76th Goodwood Members’ Meeting 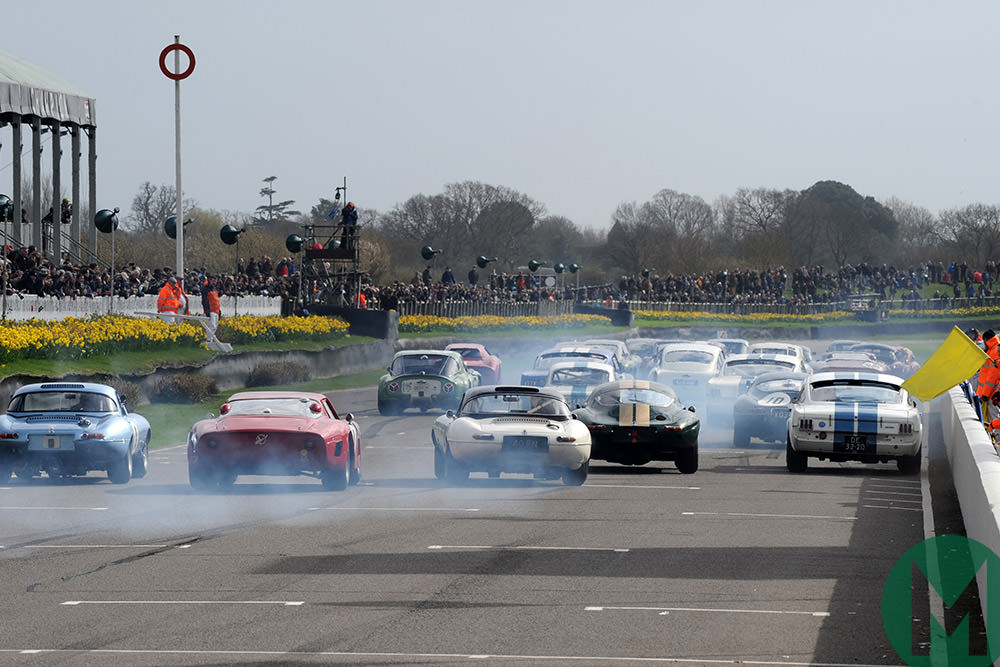 The new Bolster Cup promises a thunderous as pre and post-war vintage specials taking various forms, such as Bentleys, Delages, Morgans and Austins, take each other on around the Goodwood Motor Circuit. Also introduced for 2018 is the Ronnie Hoare Trophy, for production sports and GT cars from 1960-65, reflecting the first Members’ Meeting contests. Dan Gurney will also be commemorated with the new Gurney Cup, showcasing cars from his prolific career such as Ford GT40s and the McLaren M1As.

Single-seaters get their own chance to race in the Derek Bell Cup for one-litre Formula 3 cars from the 1960s and ‘70s. Around 30 Formula 5000 machines will tear across the track in one of a number of MM demonstrations, with Tony Trimmer taking to the track in a Lola T330/2, while a pair of Beggs, built in New Zealand, will be shipped over for the demo. Furthermore, the only Surtees TS11 still running and Peter Gethin’s championship-winning McLaren M10B will star, to celebrate 50 years of the single-seater championship.

Group 5 Cars will also perform a demonstration, such as the BMW 320 Turbo, a pair of Porsche 935s, the striking Lancia Beta Montecarlo and the equally outrageous Zakspeed Ford Capri Turbo.

Motorcycles are represented with the Hailwood Trophy with 1970s and ‘80s Grand Prix racing bikes from Juchem, Kawasaki, Harley-Davidson and Yamaha flying across the track.

House games return, with captains Jochen Mass, Nicolas Minassian, Emanuele Pirro and Anthony Reid leading their houses in light competition off the track. New for 2018 is the ‘off-road shootout’ – think football with Jeeps.

Lots of eclectic cars populate Bonhams’ MM auction once again, such as the road-going Ferrari F12TDF Berlinetta, a Lamborghini 400GT once owned by Sir Paul McCartney, and the ex-Tony Lanfranchi Attila-Chevrolet sports car.

Of course, the memory of Henry Hope-Frost will be celebrated in appropriate Goodwood style, with details to be announced soon.

Spectators get unrivalled access to the rare grid of historic racing stalwarts at Members Meeting. The caveat is that burgeoning demand for tickets has made this a GRRC member-only event, rather than the accessible Revival and Festival of Speed events that take place later this year.