There’s little trace left of the Birmingham Superprix, but Jack Phillips managed to track down people that remember the event to cap off Motor Sport’s ’80s month 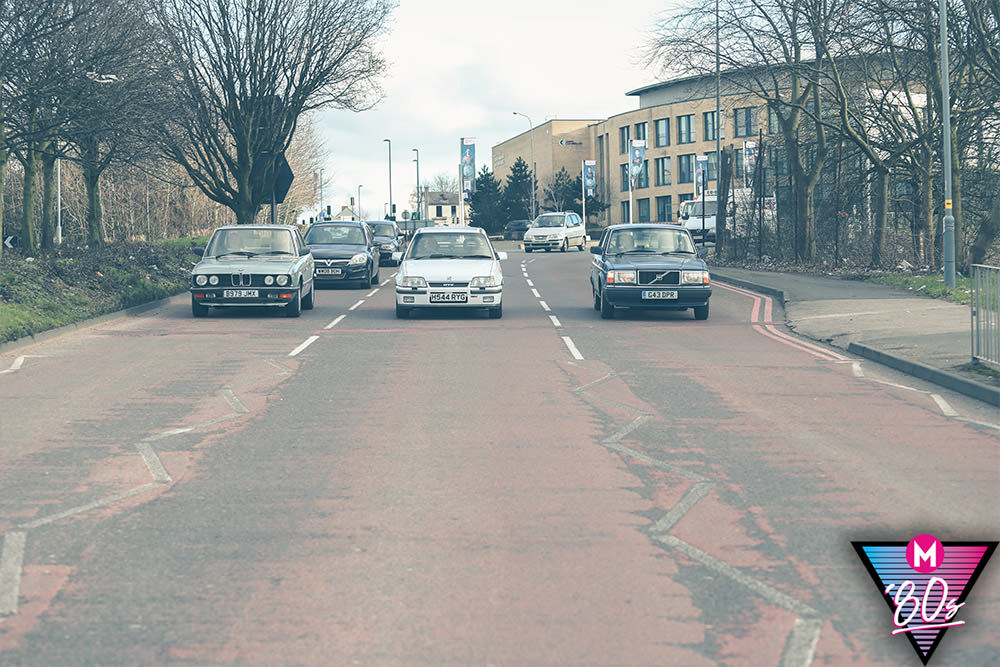 Nothing like it has happened since, nor before – and for very good reason. The Birmingham Superprix was one of a kind, a race which wreaked havoc on England’s second city for one month every year between 1986 and 1990.

It took years of wrangling and then years of planning, Stirling Moss was involved with an early campaign to do something similar in the 1970s. And racing cars on the streets of Brum would be nothing new, demonstration runs of Fangio, even, had proved a success and drawn a crowd.

Eventually, the Superprix was agreed for the summer of 1986 – ‘the area in which the track was laid out is not an attractive sight’, we wrote. And so, when the celebrity Renault 5 racers and the best young single-seater drivers in the world descended on Birmingham, concrete walls went up, flowers were bedded to spell out ‘Superprix’ and for one business, everything moved out.

“We were the pitlane,” says Paul Williams, then running Bristol Street Motors. “It was the Birmingham City Council that decided it would be a good idea for us to do it. Bristol Street was one of the main drags out of town, so we were ideally situated. What made it for them, to make us the pitlane, was that we had the massive area out the back for the cars to be repaired and the road into the front. We were an integral part of the whole thing. It was the building more than anything else.”

And so, Bristol Street Motors claimed its own little footnote in the annals of motor racing history. Its ‘pitlane’ is still just about visible, only now leading in to lined-up Mustangs, Fiestas and Focuses.

The list of drivers that raced the Superprix during its brief life was a who’s who of future Formula 1 drivers, in the BTCC races some of the UK’s best, and in the commentary booth even Nigel Mansell and Derek Bell.

Luis Pérez Sala won the shortened first, on August bank holiday weekend in 1986, when biblical rain turned the street circuit into something more akin to the canal that pierces through the city. Stefano Modena, Roberto Moreno, Jean Alesi and Eric van de Poele picked up the remaining wins, so the quality was obvious.

And it all went down well with the drivers themselves, it seems. Though as Ron Tauranac pointed out to this magazine in 2002, “Pau was somewhere you took your wife and stayed on after the race; Birmingham wasn’t!”

“It was a fantastic event,” reckoned van de Poele. “Apart from the bumps, I think all the drivers loved the circuit.

“There was a major sensation of speed; we were so close to the barriers and the gallery. Birmingham was much quicker than Pau, for one thing, and had more passing places. Okay, it was still narrow, but you drove with more discipline.”

The favoured customers of Bristol Street Motors had possibly the best view in the house. “The company made the best of a bad situation,” says now-retired Williams. “We had a three-storey building back in those days, so it was prime seating for the racing. Customers and their families came to watch, we put on food and it was a ringside view. People could go down to the pits and things like that.

“I’m not a racing fan and never have been, it was a PR event really for us and we entertained the customers the best we could. But it certainly didn’t wash its face.”

That was the biggest problem for Bristol Street Motors – one of many. The logistical headache, effectively moving out for weeks at a time for some pesky single-seater racing, had an obvious financial knock-on effect.

“The council did compensate us, we had to work out a complex formula but it bore no resemblance to the profit that we lost over the period of time,” he admits. “That’s why we were never an advocate of it when they wanted to bring it back. It caused massive disruption. People forget that for at least two weeks before we were barely accessible. Customers could get through if they wanted to fight their way, but obviously not on the weekend of the race itself. And then it was the same for two weeks afterwards.

Other than clearing the decks to allow for the pitstops, and of those there were plenty with the close walls frequently being met by over-exuberant drivers and their cars, Bristol Street Motors was little changed.

“We didn’t have to re-Tarmac or anything, but there was a lot of health and safety around then. Obviously we weren’t geared up for pitstops for racing cars. That all incurred the council costs, too, and you forget these things. We had bits and pieces brought in and put into the building that we were then just left to dismantle.”

And what if they were offered the chance to do it all again?

“It’s a dead duck now, thankfully, but it was a good idea at the time, and you have to applaud them for doing it. No other council in the country has tried to do it, especially with all the health and safety; if it was difficult then it would be almost impossible now. There was enough of a ruction in Birmingham after a cycle event, with retailers complaining. And that was just a cycling event!”

Road racing had been banned in England in the years since but is today back on the agenda. The UK government has relaxed the rules and Coventry is able to time those entering its ‘MotoFest’ event later this year, while the Chelmsford Motor Club is holding a closed-roads rally in Clacton, of all places.

For Birmingham, little – in fact, nothing – remains to signify that the somewhat drab small 2.4-mile triangle hosted such a big event. The circuit is still driveable (photos below, featuring intrepid reporters and their ‘80s cars, plus Astra from Vauxhall’s heritage fleet…), albeit in the wrong direction in parts, but Monaco it ain’t.

Each year, the flower bed across from the shiny window panes of the current Bristol Street Motors would spell out SUPERPRIX as the last bastion of England’s street race home.

They, just like the race itself, “died a death, really” concludes Williams.

“Don’t ever be the pitlane, that’d be my counsel.”

What was ‘80s month? Motor Sport went all ‘80s in print in February – available here – and so the website followed suit. Read about the turbo’s last hurrah, why Group C was sports cars’ best era and much more. Our latest issue is out now.