For the attending spectators, simply being back among Goodwood crowd would probably have been enough, but this year’s Festival of Speed was taking nothing for granted.

After a year of Covid-imposed silence, the motor racing garden party returned with a bang. There were famous faces who hadn’t been seen at Goodwood for decades; packed line-ups; and dozens of cars seen for the first time.

Our highlights only scratch the surface of the four-day extravaganza; view the video below for even more action.

Before Mario Andretti emigrated to America, he and his brother Aldo used to sneak into Monza to watch the greatest racers of the era.

It was on their first visit in 1954 that their love of motor racing was cemented — and no wonder. That year’s Italian Grand Prix hosted a captivating duel between Juan Manuel Fangio and Alberto Ascari who traded the lead lap after lap, until Ascari’s engine expired.

Fangio may have won, but Ascari was Andretti’s hero, who he’d watched previously on newsreels winning every grand prix he entered in 1952, at the wheel of a Ferrari 500.

At this year’s Festival of Speed, Andretti got the opportunity to emulate the Italian two-time world champion. Undoubtedly an emotional moment for one of the motorsport maestros being celebrated at the event.

A big personal moment for me ⁦⁦@fosgoodwood⁩ is driving Alberto Ascari’s car. He was my absolute idol. I fell in love with racing watching him drive this car. This made my day pic.twitter.com/Yu7zB7VaLk

Don’t mistake the laid-back atmosphere of the Goodwood House grounds for a lack of competitiveness. The hillclimb Shootout is harder-fought than the drivers’ cool demeanour would suggest.

Just ask Jack Tetley who was pushing on in his Mello Yello-liveried NASCAR Chevrolet Camaro when the back stepped out and he met the surprisingly abrasive straw bales. 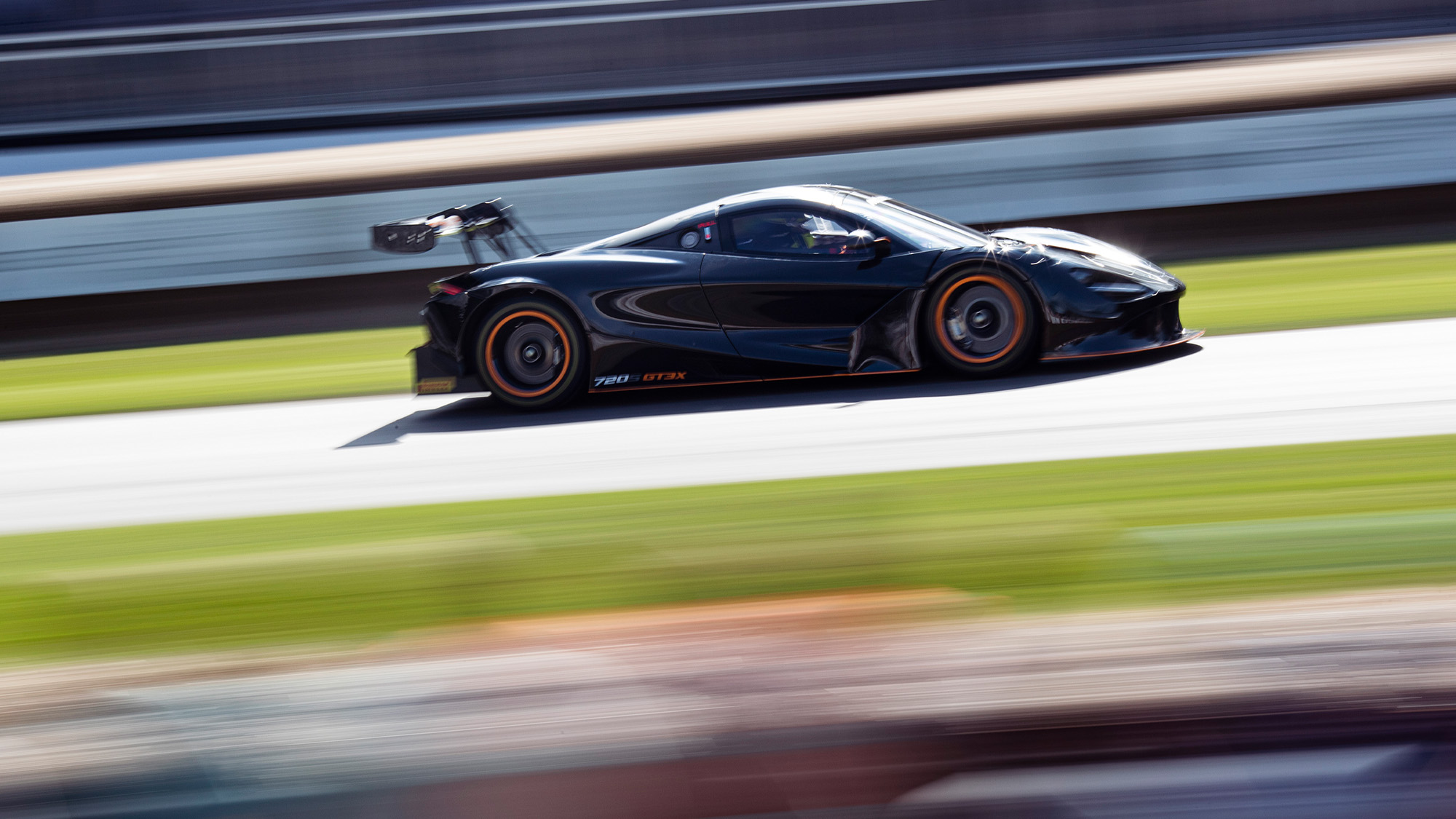 The result at the top of the table was a nail-biter and came down to the clouds. A downpour would have given Travis Pastrana’s modified four-wheel-drive Subaru WRX STI the advantage but the rain held off to leave Rob Bell at the top of the table — on his first Festival of Speed Shootout — in the track-only rear-wheel drive McLaren 720S GT3X. He credited his time of 45.01sec — 3sec faster than in the qualifying rounds — to having taken a “man-up pill” in the morning. Pastrana trailed by just 1.19sec.

Formula 1 out in force

In 1990, Ayrton Senna drove the McLaren MP4/B to World Championship glory. In 2021, Lando Norris used it as mobile bunting. The convenient red and white livery of the car complemented the England flags that were hung at the rear on Sunday, in forlorn hope of European Championship success.

It was one of a bumper line-up of modern and classic Formula 1 cars, which also included the 2019 title-winning Mercedes W10; Adrian Newey behind the wheel of the 2011 title-winning Red Bull RB7 that he designed; and the unmistakable, short-lived, 1971 Lotus-Pratt & Whitney 56B turbine car.

Roger Penske back after 58 years 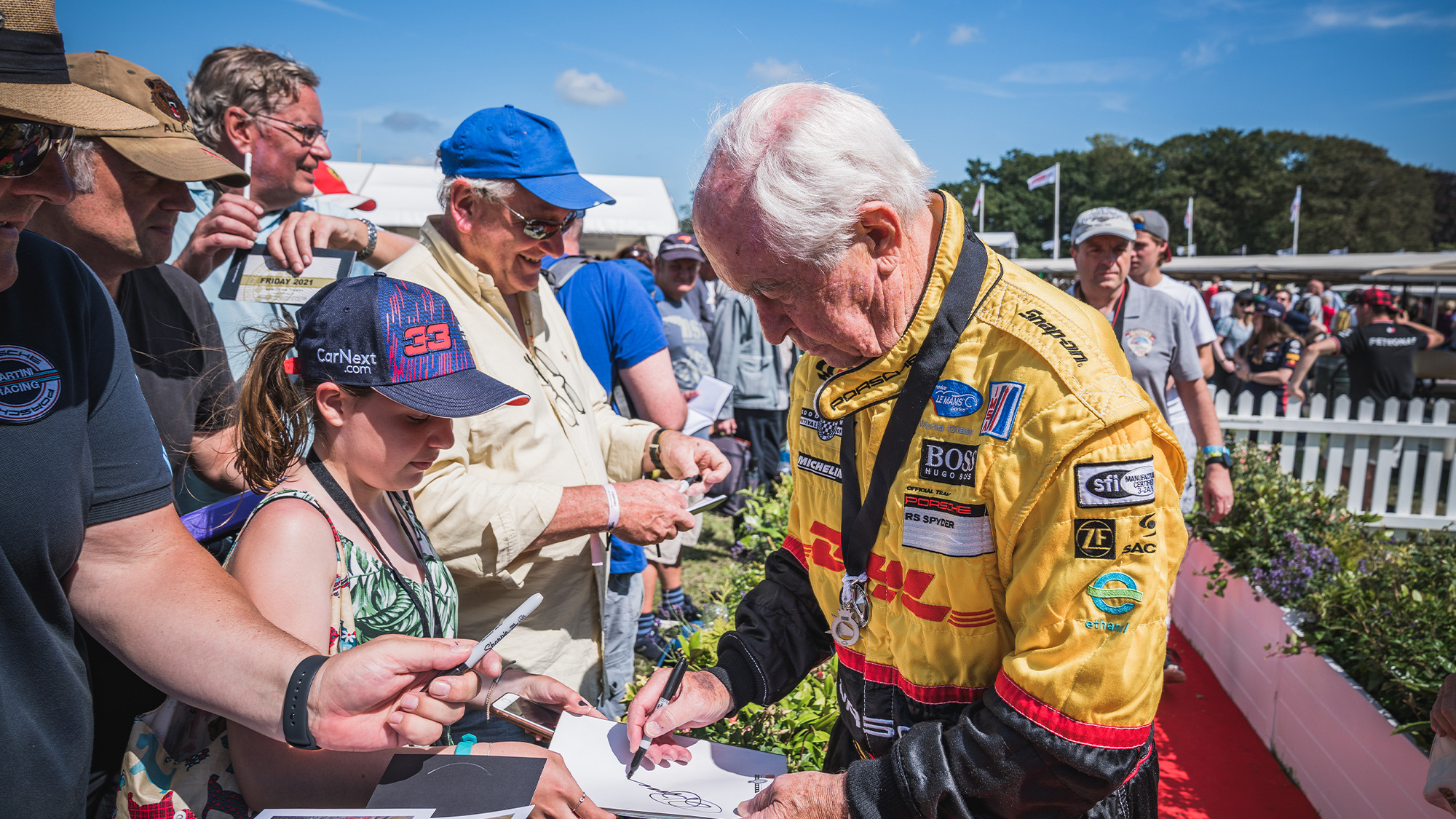 Last time Roger Penske was at Goodwood, he was racing Jim Clark

This year’s theme of motor sport’s great all-rounders extended to teams, and Penske was one of the centrepieces.

Driving at a slightly lesser pace (but only just), he took 2008 12 Hours of Sebring-winning Porsche RS Spyder up the hill.

Prodrive arrived at this year’s Festival of Speed mob-handed and it was just as impressive as billed. It was impossible to choose a highlight from Colin McRae’s father, Jimmy, driving his son’s ’96 Catalunya Rally-winning Subaru up the hill; Ari Vatanen and Prodrive boss David Richards reuniting in their 1981 WRC title-wining Mk II Escort; or Sébastien Loeb showcasing the 2021 Dakar challenger.

The first Hypercars haven’t race at Le Mans yet, but the new formula made its debut at Goodwood with the muscular and rorty Glickenhaus SCG 007.

It’s due to battle with Toyota’s Hypercar in France this summer and there’s a decent chance that the victorious machine will be at next year’s Festival of Speed, replete with grime and dead flies from its 24 hours of exertion.

It has become a legend in itself, so it was only right that the 1955 Mille Miglia-winning Mercedes 300 SLR was presented as an artwork, in an enclosed glass box.

Just as poised as Damien Hirst’s pickled shark but no longer turning a wheel, the static display was an apt tribute to Stirling Moss; the greatest of motor racing all-rounders. 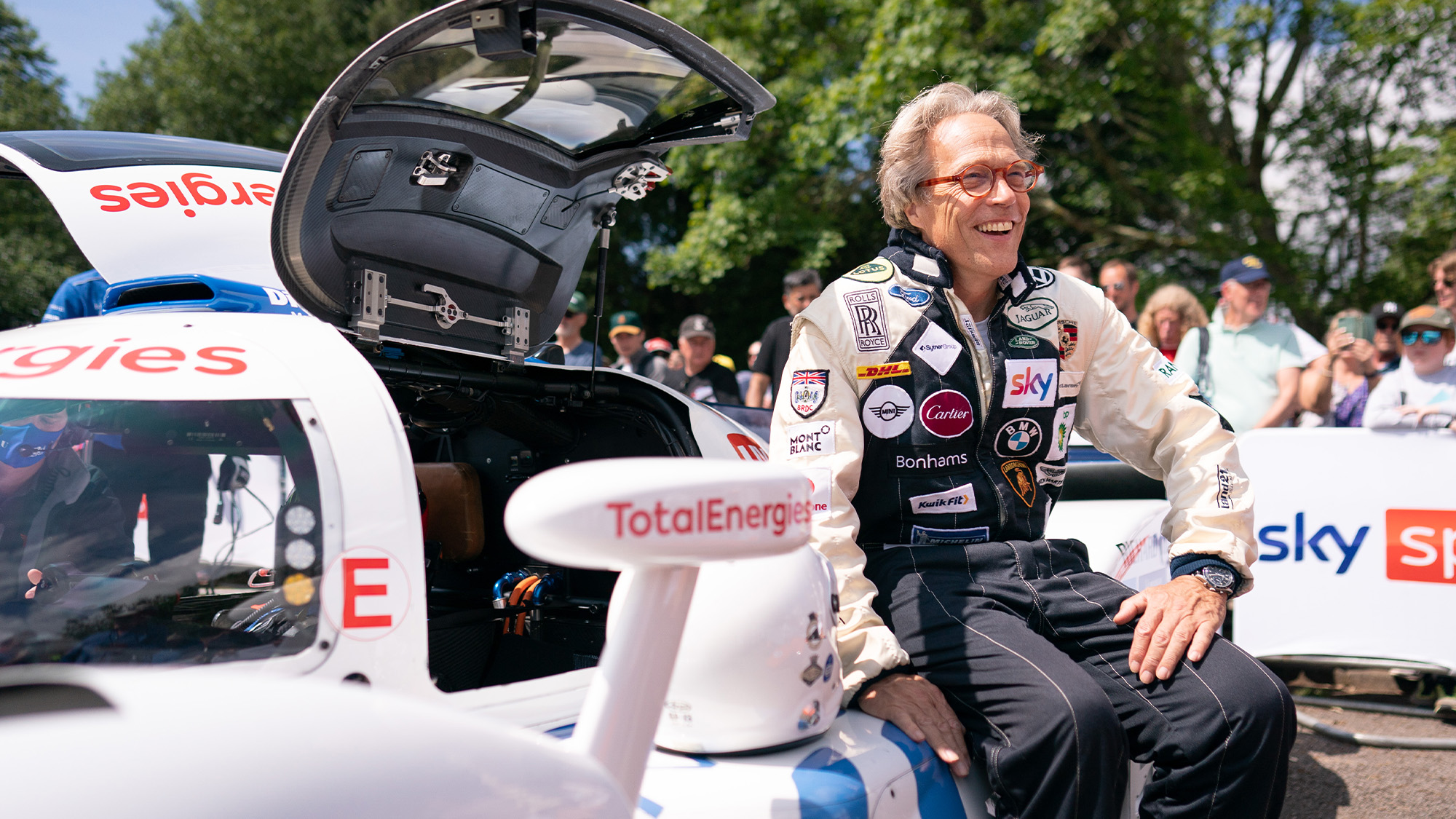 The Duke of Richmond, owner of the Goodwood Estate with the first hydrogen car to run at the Festival of Speed

The Festival’s Electric Avenue provided a vibrant display of battery-powered motoring, but another vision of the future was also visible on the hillclimb.

The very first hydrogen-powered car to run past Goodwood House was the Mission H24 racer, which is being developed to race at Le Mans in 2024. Could this end up usurping the electric Volkswagen I.D. R, which clocked a record-breaking hillclimb time of under 40sec at the Festival of Speed in 2019?