Historic car owners have been warned that they face returning to the “dark ages” without a Brexit deal, as new research finds that the classic car sector contributes almost 20 times as much to the British economy as the fishing industry.

Fewer races and rallies; more delays and costs for car owners; and reduced demand for specialist UK repairers have been predicted if cars cannot move freely between Britain and Europe.

The historic and classic motor industry contributes £8.7bn to the UK economy in terms of Gross Value Added (GVA – a similar measure to GDP), according to the study from the Centre for Economics and Business Research (Cebr).

The figure compares to Britain’s fishing industry — one of the sticking points of Britain’s negotiations with Europe — which, in 2019, contributed £446m in GVA, according to the Office for National Statistics.

“We need an agreement that allows freedom of movements of cars throughout Europe,” said Ben Cussons, Chairman of the Royal Automobile Club, at a conference to launch the report, commissioned by classic car events organiser HERO-ERA. “From a competitor’s point of view, we’re going back into the dark ages.”

He warned that the historic racing and rallying scene, which had been thriving before the arrival of Covid, could face a further setback without an EU deal.

“You will need a carnet if we don’t get a deal to take your car abroad,” he said. “It will add significantly to the cost of competing in Europe. It will certainly delay your progress through the borders., It will reduce the number of events. It’s bad in every respect. It will shrink the industry.”

The international carnet system enables racing cars to compete in certain countries abroad without paying import duties but the document costs from £217.

The report, titled The Economic and Environmental Impact of the Historic and Classic Motor Industry in the UK, highlights the success of the classic car restoration and repair industry, which contributes £1.33bn in GVA alone and accounts for 25,000 of the 113,000 jobs that rely on the historic and classic car sector. Among those are 665 apprentices. 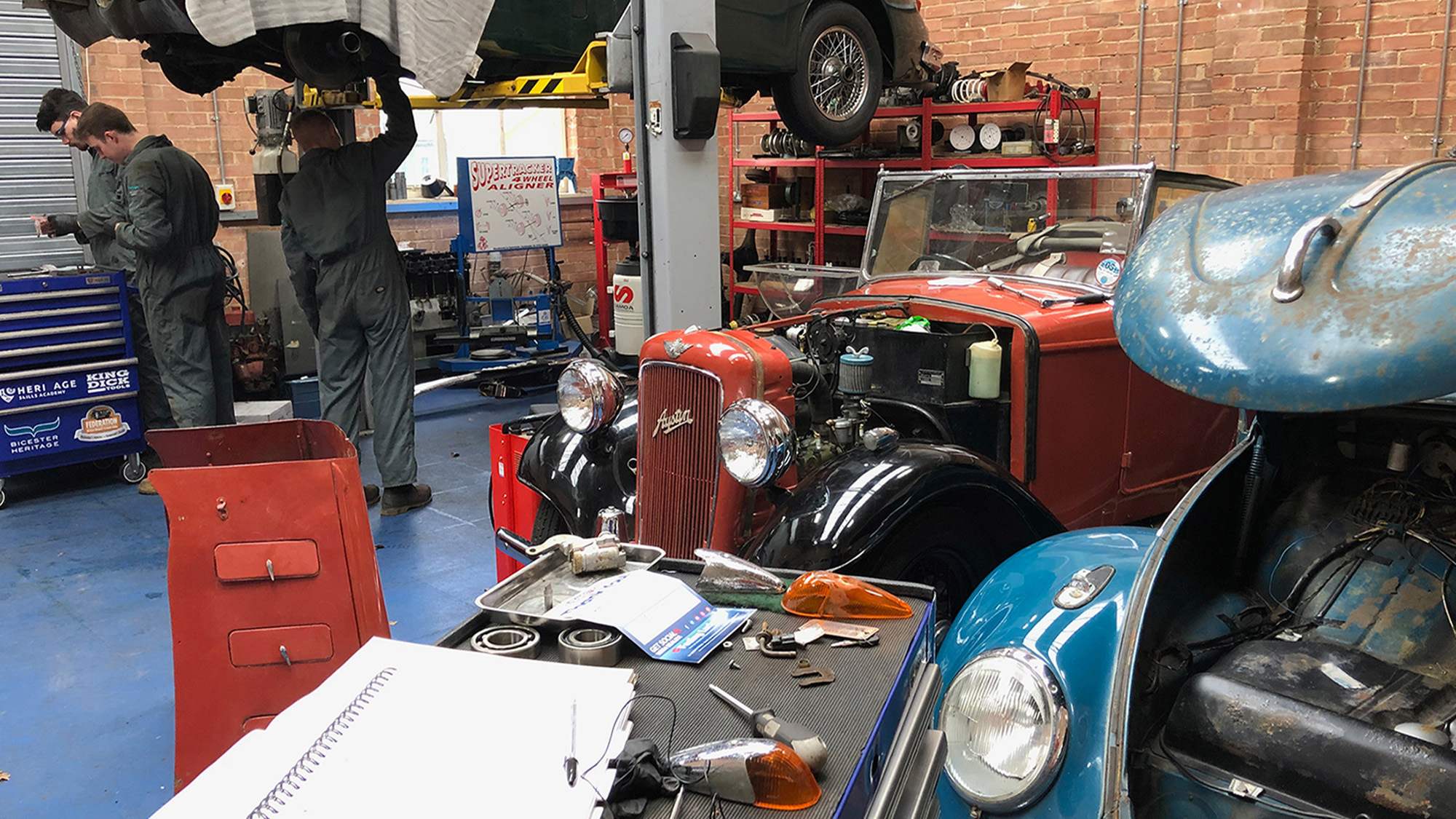 The repair and restoration industry employs around 24,000 people

The people who restore and maintain classic cars are part of an industry where Britain is a “world centre” said Doug McWilliams, Deputy Chairman and founder of Cebr. “We would be nuts to stop that coming into the UK. We need to make sure that whatever the arrangements post-Brexit preserve the industry.”

Thomas de Vargas, Chairman of HERO-ERA said: “The UK has absolutely the top spot in terms of specialist restorations and I suspect if you make it more difficult to bring things across with tariffs, it will inevitably reduce the activity. I can’t see any particular positive. What I can hope for is that we are a resilient industry.”

Along with every other sector, the industry is waiting to see what January 1 will bring, and how it will need to adapt. “We’re in an invidious position at the moment that we’re still waiting to see whether a deal is possible or not,” said David Whale, Chairman of the Federation of British Historic Vehicle Clubs. “I think if we’re able to strike a deal with the EU then that’s potentially very positive. I think if we have to revert to WTO rules then all parties need to work closely together in order to minimise the potential impact.”

Aside from the economic contribution of the industry, the report highlighted the low carbon footprint of classic cars, which are only driven for an average of 1,200 miles a year. The 563kg CO2 per car is said to be a sixth of the emissions from a conventional car.

A full version of the report can be downloaded HERE