Manicured lawns may be sitting empty; car transporters at a standstill; and glamorous outfits left in the wardrobe, but this summer’s Concours season hasn’t evaporated entirely.

An online replacement for the likes of the cancelled Pebble Beach Concours will be launched at the end of this month, giving owners a chance to show off the gleaming, show-worthy classics in their garage.

The Concours Virtual will feature cars from around the world without a central location, visitors in person – or the aroma of freshly applied polish.

Instead, more than 40 judges, including will assess up to 120 cars in 15 classes, which will displayed on a website and across social media. In addition to category awards, one car will ultimately be crowned the best in show.

Categories include Cars of the Art Deco period; Concept Cars of the 1970s, and 70 years of Formula 1. Sir Stirling Moss provides the inspiration for a tribute class.

Judges include the Duke of Richmond, who founded the Goodwood Festival of Speed and Revival, as well as the car collector and Pink Floyd drummer, Nick Mason. 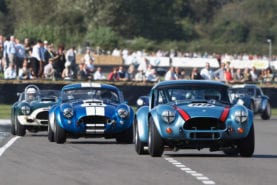 Public viewers will also be able to cast their vote, with an overall People’s Choice award to be decided.

Organisers say that dozens of cars have already been confirmed but the line-up is still being assembled. Collectors are asked to submit their car via the www.concoursvirtual.com website before June 15. Cars will be on view from June 30 until August 9, when the Best of Show awards will be announced.

“I am delighted to be involved in the Concours Virtual,” said the Duke of Richmond, who has delayed this year’s Goodwood Festival of Speed. “It’s a difficult time for events in the classic car world and this is a creative response and at the same time supports the great work of Unicef.”

Entrants and viewers are being encouraged to donate to Unicef UK, via a JustGiving campaign with the aim of raising £100,000 from the show.

“The love of the automobile endures!” McKeel Hagerty, CEO of the classic car insurers Hagerty, which is sponsoring the event. “Through pandemics, wars, recessions and uncertainty, people who love cars will carry on. The Concours Virtual is a celebration of that spirit.”

Nick Mason said, “Given the present circumstances, a virtual concours is far superior to no event at all! But perhaps best of all, it’s an opportunity to raise much needed funds for that most worthy of organisations – Unicef.” 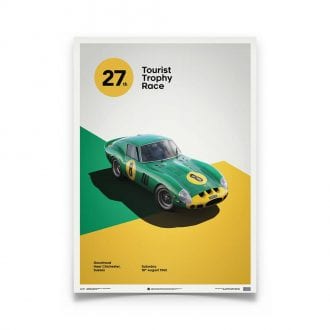