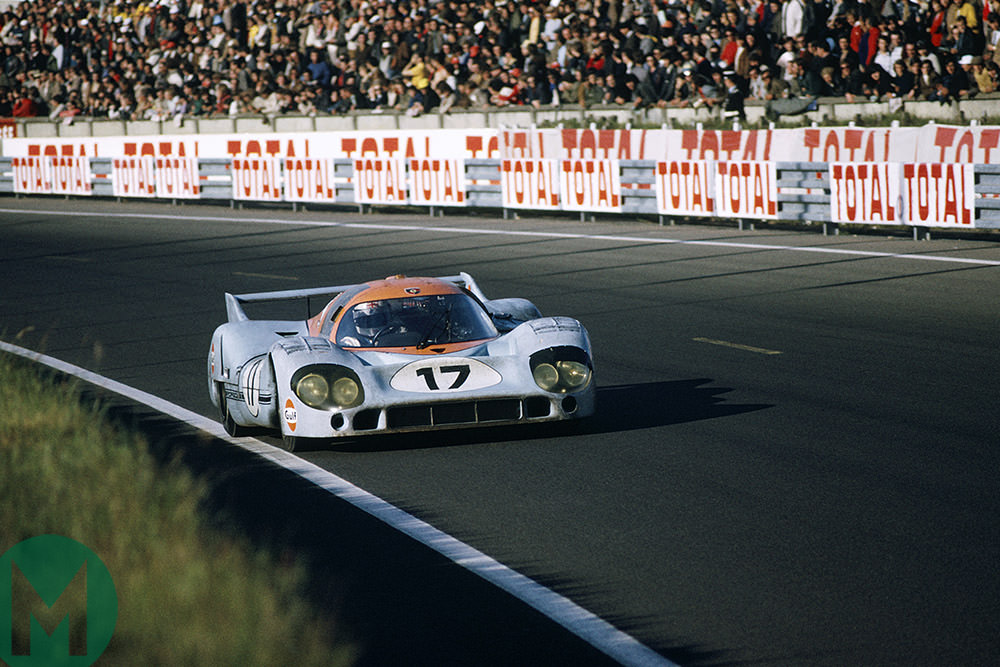 There’s getting the old band back together, and then there’s this…

Derek Bell is doing the Le Mans Classic, in quite a special way. Allow him to explain: “It’s a 1969 long tail 917 that’s owned by Willi Kauhsen and Norbert Singer is overseeing it.

“That’s the only reason I have agreed,” he says, as though it’s a normal everyday occurrence.

“It’s not a factory venture but it’s pretty well supported. Last time I drove a long tail was 1971 at Le Mans.”

The Le Mans Classic, taking place on July 6-8, has grown rapidly to become one of the best events on the historic racing calendar. Each car races multiple times across the weekend, painting an evocative picture – think 917s at dusk, GT40s at night, 956s in mid-afternoon sunshine.

This year will recreate a rather more special one. Bell is perhaps best known for his Group C exploits, but it’s easy to forget he became world champion behind the wheel of a 917.

“I drove one for the whole year in 1971 and we won the world championship, but I’ve hardly driven one since. I raced in a privately-owned 917 at Silverstone in the mid-1970s, some classic races at Monterey – an original car, but it lost some cylinders. Nobody races them much these days.”

And Bell driving at the Classic is equally rare, he reveals. “I did a few races in a 962 at the Le Mans Classic a few years back and every lap I’d get to a corner and somebody would have lost some bodywork or hit the bank, and I thought ‘God, this is a waste of time’. That was the concerning thing and I thought ‘Jesus, I’m not going to do that again.’

“Then I went and drove a Bentley Blower and that was just such an experience, but I didn’t get to drive it much. So I said I’d only do it again if it was done properly: if Norbert Singer was involved and Porsche supplied the car. In a way I’ve got a bit of both, with him and Willi Kauhsen.

“I’ve been sent some photos, one on a test bed with Norbert working on it. It looks stunning.”

How much of a race this will be will depend on the rest of the grid, and possibly how delicate the car is feeling.

As for Bell, he’s feeling fresher and faster than ever. “I’ll drive it as quickly as I can, but I won’t do anything stupid. Being a 1969 car it should be a good as it’s one the later ones and not one from the early ’60s.

“I’m trying to forget my age, and why shouldn’t I? If I’m driving quickly, not falling asleep, then do it. Bugger it. I feel just as good as I did when I was 50.

“In some ways, I think I’m completely bloody nuts doing it and I’m sure some of my colleagues will be saying ‘what the hell is Bell doing? He’s had a lucky life so far…’ I just love driving, I’d drive every week if I could.”

He almost does, in fact, relating recent filming trips in an Alfa T33 that have since turned into part-season campaigns racing this year, Ferrari owners’ days where he’s driving 488s and even the 1959 Le Mans class-winning Tour de France.

“I’m just lucky to be associated with these cars and part of that era,” he adds, “to have been with those team-mates and to be reminded of those times. It’s just amazing when you think of the cars and people of the era, but I’m sure everyone says that.”

Few get the chance to do it all again, though, almost 50 years down the line.

“I’m probably stupid, but I don’t think I’m a crazy person. I’m just lucky to get the chance, if you offered it to most people saying these are the people running it then there’s many a driver out there who would bite your arm off.”

You can join Derek Bell at Le Mans Classic this year and be part of a special Motor Sport campsite With Travel Destinations. Derek will even be joining us for a Q&A and to sign copies of his upcoming book Porsche – All my races (“This race is too late to be included, unfortunately!”)