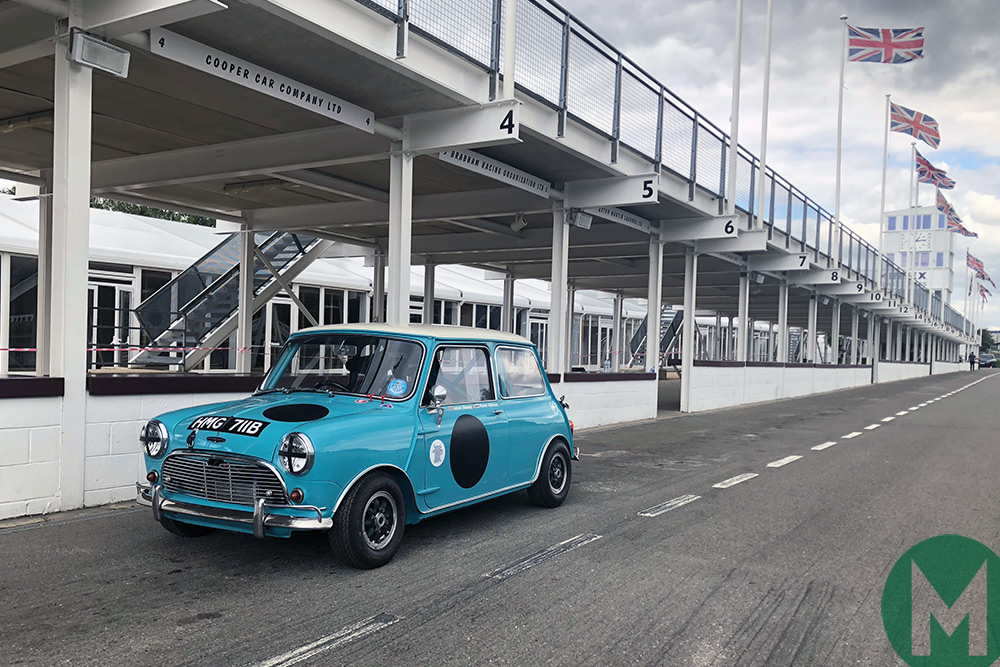 Unlike Formula 1, historic racing doesn’t have much in the way of a summer break. August is comparatively quiet, but there’s still the Oldtimer weekend at Nürburgring in the middle of the month to keep the international crowd occupied, not to mention Oulton Park’s excellent Gold Cup meeting to round out the month.

Both those meetings remain on my ‘to-do’ list, and with my drive at Silverstone Classic succumbing to mechanical gremlins during the Thursday test I’m in the unusual position of not having driven in anger since Le Mans Classic back in early July – by far the longest break I’ve had in six seasons of historic racing.

Before you start to feel sorry for me, September should more than make up for the hiatus with drives in three of the year’s biggest and most enjoyable meetings. Peter Auto’s Dix Mille Tours weekend at Paul Ricard kicks things off on Sept 1-2, and is immediately followed by Goodwood Revival on Sept 7-9, then the Spa Six Hours on Sept 14-16.

I’m sure I’m not the only driver who – with a nervous laugh – refers to September as ‘divorce month’. Thank God for the Goodwood Revival Ball and its emollient effect on marital relations!

Joking aside, it’s a helluva month for everyone involved in the historic side of the sport. Especially the preparers, who have an incredibly stressful time managing the logistics of transporting cars back and forth across Europe and keeping them fresh with minimal time between events that are the highlight of the season for many clients.

The intensity of September’s schedule also means there’s plenty of prep to be done in August. That’s particularly important for Goodwood, as there’s such limited track time during the Revival weekend itself. This year, as last, I’m chuffed to have a drive in the St Mary’s Trophy. Unlike last year (video above) I’ve been promoted to Saturday’s ‘Pro‘ race, which is hugely exciting and rather daunting in equal measure. Not least because thanks to this year’s 60th anniversary of the BTCC the St Mary’s grid is bursting with tin-top greats past and present.

On the basis of my test you’ll forgive me now for hoping this year’s Revival is a wet one, for although the Minis have the pace to mix it with the bigger cars in the dry, they can’t live with the best Lotus Cortinas, Alfa GTVs or BMW TiSAs over a race distance. There will also be a couple of big American V8s to contend with, so a little precipitation would be most welcome.

Whatever the weather I’m looking forward to a proper scrap and a great weekend. If you’re there be sure to come and say hello.

Read more: Dickie Meaden and the save of the season