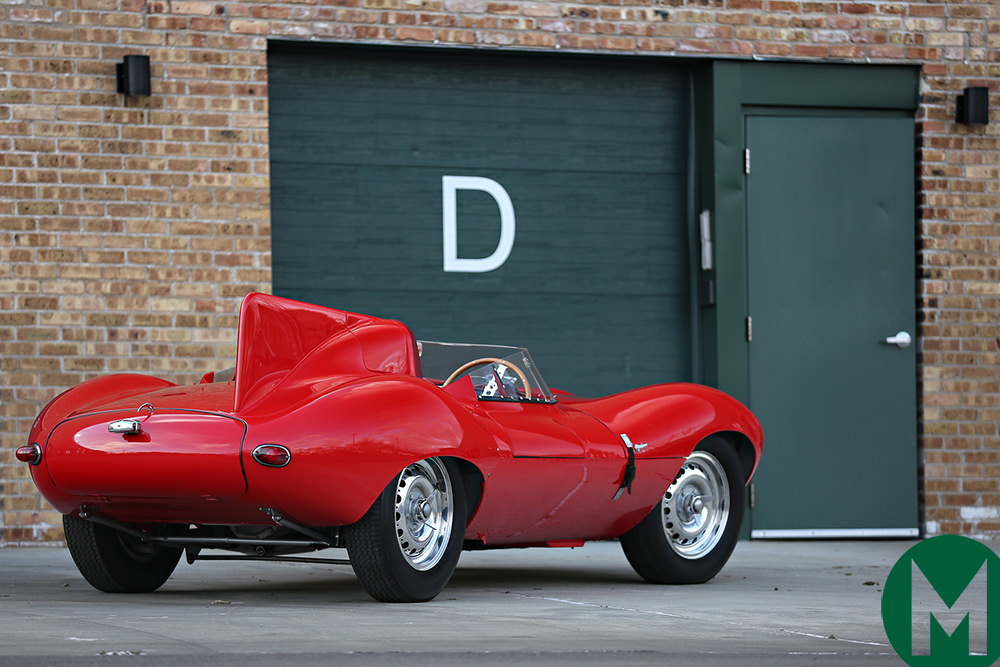 The Jaguar D-type won trophies from Le Mans to Sebring and this road-going D-type is to be sold at Gooding & Co’s Scottsdale auction on January 19.

Jaguar offered the D-type, equipped as the racing cars were (with a short nose), to customers in the autumn of 1955.

This car (XKD 518) was delivered in red to Bernie Ecclestone in 1955 after dealer Henlys of Manchester had trouble selling it. Amateur racer Peter Blond purchased the D-type for £3,500 a year later, racing it at the British Empire Trophy, Goodwood, and the Snetterton National Race among other events.

The car changed hands more than 10 times before being acquired by the current owner in 2008, and though it hasn’t been raced in recent years, its striking red finish is immaculate with the engine, original body tags, chassis number and storied history, reassuringly intact.

The design drew heavily from aircraft technology, with a strong monocoque chassis, tubular subframes, a deformable fuel tank and dry sump lubrication, as well as Dunlop disc brakes. It was, assuredly, a state-of-the-art racing car, which aerodynamicist Malcolm Sayer designed having left the Bristol Aeroplane Company to work under the direction of Jaguar founder William Lyons and chief engineer William Heynes.

“Functional efficiency at all costs” was Sayer’s mission in penning this groundbreaking, timeless design, which stunned the world when it made its racing debut at the 1954 Le Mans 24 Hours.