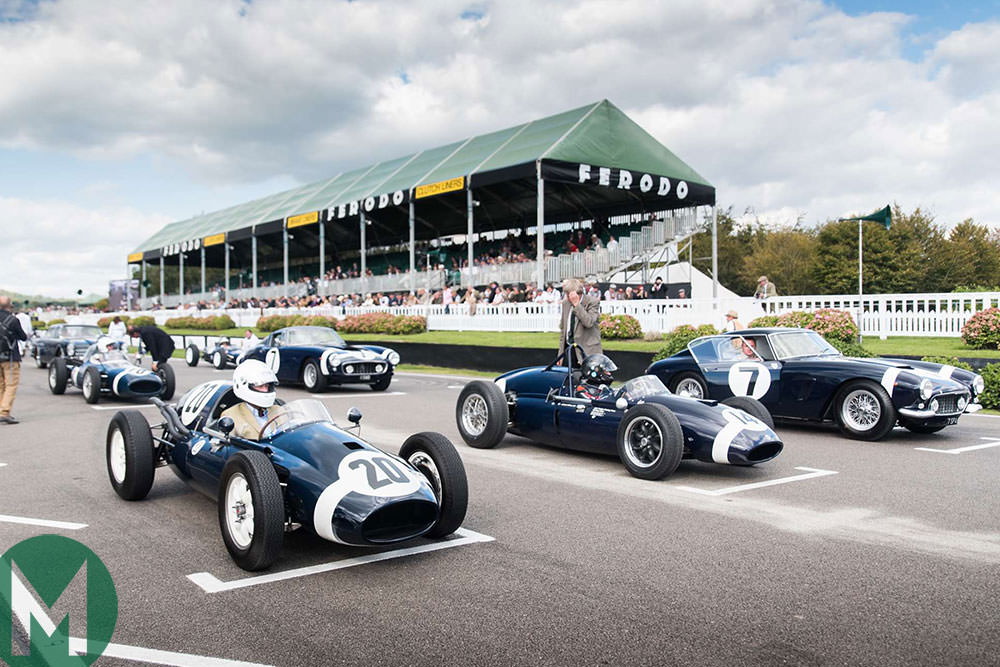 Two races this year will differ from 2018’s selection, as the Earl of March Trophy and the Brooklands Trophy take their place in Sunday’s lineup.

The Earl of March trophy features 500cc Formula 3 cars from the 1950s – cars that kickstarted the racing careers of drivers such as Stirling Moss – tearing around the Chichester circuit for 20 minutes.

Friday opens the historic racing festival with the hour-long Kinrara Trophy for pre-1963 GT cars with 3.0-litre engines or more.

The second day of the festival features six classic races including the first stint of the Barry Sheene Memorial trophy and the hotly contested Royal Automobile Club TT Celebration.

Last year’s Royal Automobile Club TT races featured a number of incidents, which you can watch below.