The future of motor racing at Goodwood is said to be in doubt after the historic venue cancelled this year’s programme of major events, including the Festival of Speed and Revival.

Social distancing restrictions have had a “catastrophic effect” on the ability to hold the landmark festivals, said the Duke of Richmond, who owns the West Sussex Estate.

He has launched a new fundraising scheme that is described as “vital” to preserve their future.

The 2020 Festival of Speed was already uncertain after being postponed from its original July dates and it has now been officially cancelled, along with the Revival.

The 78th Members’ Meeting, due to be held in March, was cancelled earlier this year.

“With the measures that are required to fight the [Covid-19] virus remaining in place, it would not be possible to hold the Festival or Revival without severely compromising the experience for all involved,” said Goodwood.

It said that ticketholders are able to roll tickets over to next year’s events, but added that these may not take place as usual because the cancellations have “severely compromised Goodwood’s finances”.

“This has put the future of all Goodwood’s events, in their current form, in doubt,” it said. 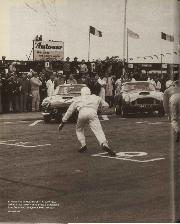 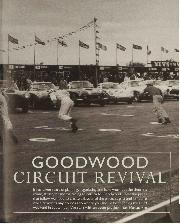 It has taken years of planning, negotiating and hard work but the time has come, at last, for motor racing to return to Goodwood. Over the pages that follow, we…

In an appeal for funding, the Duke of Richmond has relaunched the Goodwood Supporters’ Association (GSA) which, in the 1990s, was formed by a group of racing enthusiasts who campaigned to bring racing back to the Goodwood circuit, which had closed in 1966.

This time, supporters are being asked to make a one-off contribution in return for lifetime membership and a range of benefits, which include having their name engraved at the circuit or in the parkland where the Festival of Speed is hosted.

“For a business like ours, which is all about bringing people together to enjoy the things they love, social distancing has had a catastrophic impact on our ability to operate,” said the Duke of Richmond. “We have, of course, placed health above all else, but now we begin to face the implications of the ‘new normal’ as the government attempts to balance the demands of health and the economy.

“The new GSA will be vital in keeping this dream alive. Without the help of Goodwood Road Racing Club Members rallying together as a community and becoming part of the GSA, we will not be able to preserve Goodwood’s unique, intimate version of the sport we all love.”

More information about the GSA can be found by clicking here.