Looking ahead to the 2018 Goodwood Revival 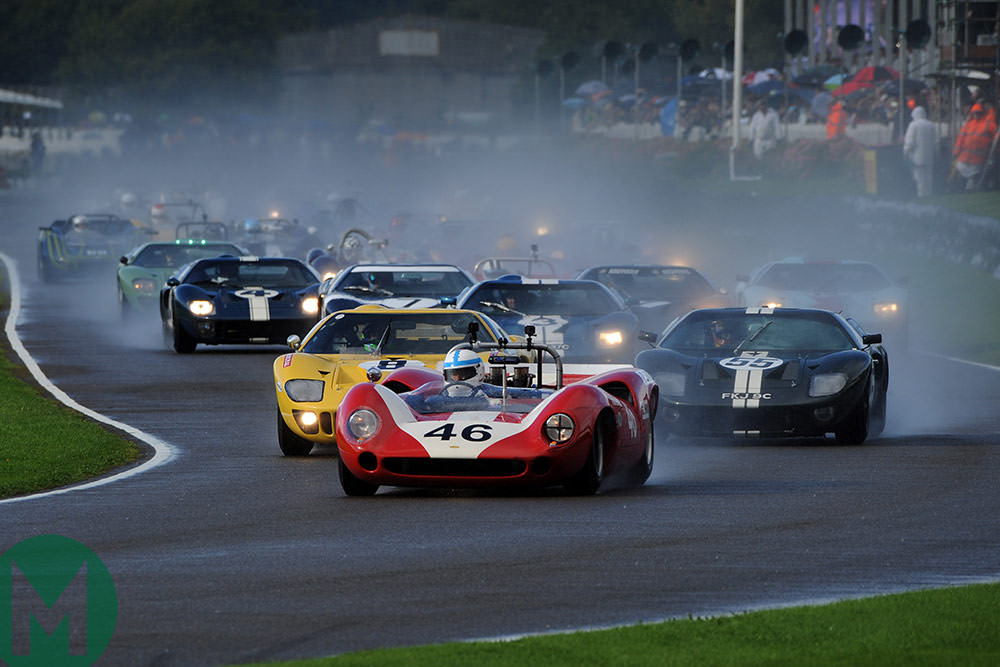 Celebrating its 20th anniversary in September, Goodwood Revival has announced which races will comprise the weekend of historic racing.

Opening the festival again on Friday 7 September will be the Kinrara Trophy, for closed-cockpit cars with a racing heritage with engines of 3-litres or more. Expect a grid of Ferrari 250 SWBs, Aston Martin DB4 GTs and Jaguar E-types, though it’s yet to be confirmed as to whether Joe Macari and Le Mans legend Tom Kristensen will return to defend their 2017 trophy win in their Ferrari 250 GT.

On Saturday, the Fordwater Trophy returns for the first time since 2015, celebrating 70 years of the Jaguar XK120 with a number of the formative sports cars expected to race. The Barry Sheene Memorial Trophy and the St Mary’s Trophy begin the first of their double-headers on September 8, with motorcycle racing stars taking to historic motorbikes in the former, and touring car stalwarts doing battle in 1960s saloons in the latter.

Saturday continues with the Goodwood Trophy, featuring pre and post-war Grand Prix and Voiturette cars, while endurance racing machines go head-to-head in the Whitsun Trophy and the Freddie March Memorial Trophy, which races into the sunset.

The buzz of Formula Juniors will kick off Sunday’s action in the Chichester Cup, while 2.5-litre Grand Prix cars from 1952-60 will evoke memories of one of the most dangerous but captivating eras of motor racing with Maseratis, Ferraris and BRMs among the cars present.

Then, the Glover Trophy, celebrating rear-engined Grand Prix machines from 1961-65, will pit Brabhams against Coopers and Ferraris before the weekend of action ends with the traditional Sussex Trophy race. Jaguar D-types, Costins and Listers end the throwback weekend in a 25-minute sports car sprint.