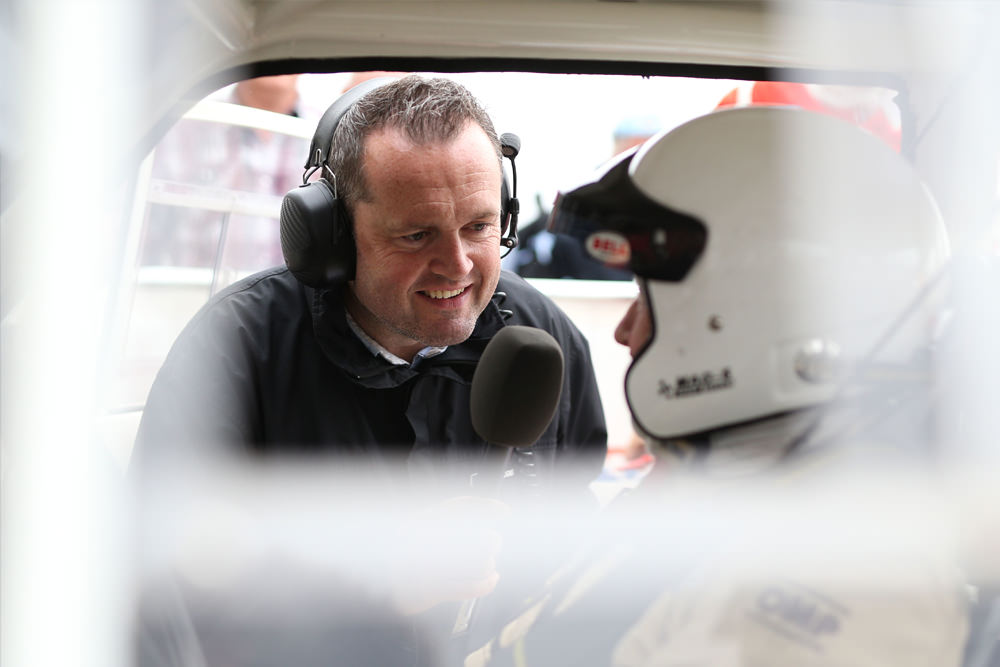 You may have heard by now that Henry Hope-Frost, one of the UK’s best-loved motor racing journalists and commentators, has died in a motor cycle accident. He was 47.

To say we’re devastated is an understatement. Henry was as part of motor racing in the UK as any institution. He was an extremely talented communicator, honest, polite, open and friendly. He’s the type of person you hope your kids grow up to be like.

In the 14 days before his death I saw him twice, at Race Retro and at the Geneva Motor Show. It seemed like wherever there were cars and car people, he’d be there bubbling with a passion and enthusiasm for the subject that you simply can’t fake. The only other person I’ve met who equalled Henry’s love of racing, and similarly can’t contain it, is Murray Walker. And I can’t think of a higher tribute.

Henry took time to support others. He always said nice things about me and Motor Sport, and like an idiot I always felt faintly embarrassed by it. Why is it that we can’t take praise from those we respect?

Without Henry around, the tanks that bottle our collective enthusiasm for this sport have emptied considerably. A friend of mine said it was up to all of us to keep them filled. It won’t be easy.

Some of the team wanted to say a few words. I hope you take the chance to read them and perhaps even donate on the Justgiving page set up to help his wife and three young boys.

It was during the early 1990s that first we met, at one of the occasional destruction derbies that was supposed to be an indoor karting team event: the combined forces of Motor Sport and Motoring News against Autosport. I was struck by Henry’s puppyish enthusiasm and assumed it was just the consequence of a young lad’s relish at landing a job connecting him to the sport he loved, but far from it. That’s simply how he was. The same, irrepressible zeal remained undimmed at the time of our final conversation, less than a fortnight before the accident that claimed him.

His profile grew as he morphed from being a writer and sub-editor to commentator, interviewer and master of ceremonies at numerous prestigious events, including the Grand Prix de Monaco Historique, Donington Historic Festival, Autosport International Show and Goodwood’s big three, but the inner Henry remained ever the same. There was no affectation: he was what you heard – boundlessly passionate, grounded, likable, devoid of any ego and hugely knowledgeable.

Some people leave a big gap when they’re taken from us. Henry was one of those. He seemed to be at every event, microphone in hand, cheery smile or quizzical look on his face before he came back with another funny line. He took racing seriously and had immense knowledge, but he had a light touch which put interviewees at ease and made you smile. Not many people can do that over the PA system to 10,000 spectators.

I must have known Henry for 20 years. Lately we were fellow judges for a book award and whether he was praising or damning a book you could rely on one thing – he’d make you grin.

He was in Autosport ads. I was in Motoring News eds.

He seemed posh. My mum worked in a sweet shop.

I had a chip on my shoulder. He hadn’t.

And that was before he did me like a kipper on the brakes at an indoor karting event.

But then he joined Autosport eds and I began to realise that he knew his stuff. I mean really knew it.

And then I watched him control the stage at the NEC with an ease that sprung from that command of the subject plus his sense of mischievousness and generosity of spirit.

Yep, even before he was in a position to offer me work, I liked him a lot.

And now I’m going to miss him. A lot.

If I harbour a sadness beyond the obvious, it’s that I don’t believe Henry knew how good he was. I’ve done (badly) some of the things he did best – compering and commentating – and know how fiendishly difficult it is. H made it seem easy. Three reasons you know: talent, knowledge and irrepressible enthusiasm. But that’s not enough to do what he did in so many different arenas. That requires total professionalism too and that’s a side of him I hope is not forgotten. All he lacked was the instinct for shameless self-promotion to get him where his talent deserved. And that is to his eternal credit as well.

I didn’t know Henry very well, but he was one of those people who immediately grabbed you: friendly, engaged, enthusiastic. Motor sport can be a tough business, with lots of big egos ploughing their own furrows, but Henry was as far away from that as it’s possible to get. He had no edge to him, just a great love of the sport and a real ability to communicate with all kinds of people. He was hugely knowledgeable but wore it lightly, always conducting interviews with a smile and rarely able to resist asking a cheeky question or two, the perfect way to disarm any guest.

Goodwood’s Members’ Meeting will be paying a loud homage to Henry with a minute’s noise before Saturday’s Formula 5000 High-Speed Demonstration.