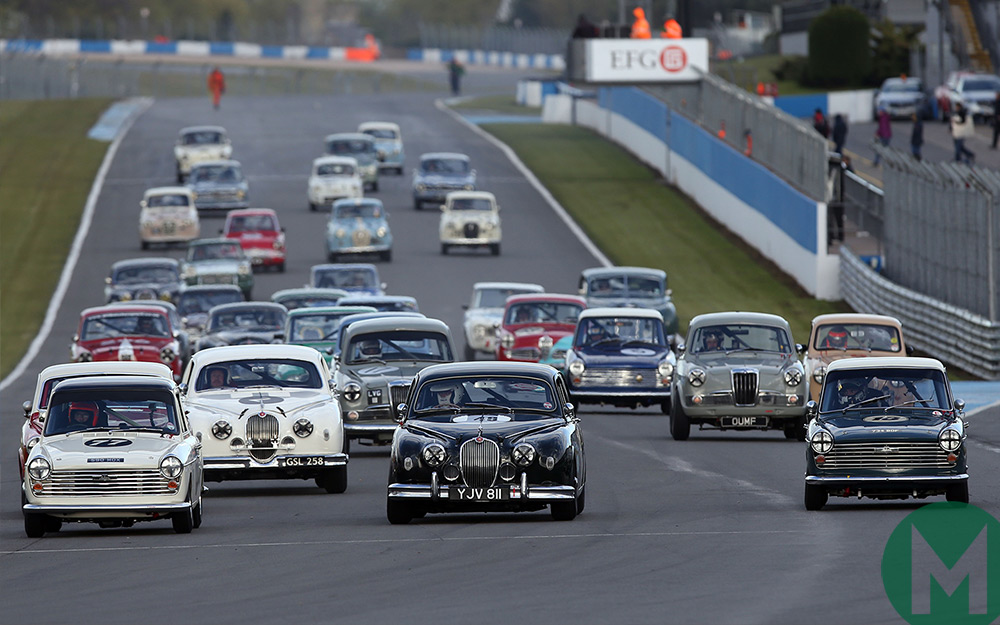 This weekend sees historic racers and fans converge on Donington for its sixth Historic Festival. Sadly I won’t be there this year, which is a real shame as it’s a great meeting held on one of the UK’s finest – and one of my favourite – race tracks.

The beauty of an event such as Donington Historic is there’s certain to be something there to catch your eye, whether you’re a fan of the fiesty old ‘Mad Jack’ pre-war sports cars, tin-tops from the Seventies through to the Noughties, big banger sports prototypes like the magnificent Lola T70s or the raucous thrill of an F2 grid leaving the line. It’s all there to be enjoyed, hopefully with a bit of spring sunshine.

One grid you may not have seen, or even heard of, is the HRDC’s ‘Touring Greats‘ for pre-60s Touring Cars and the equally eclectic ‘Coys Trophy’ for pre-66 Touring Cars. Organised by Julius Thurgood – father of the excellent and ever-entertaining Austin A35 Challenge – the Touring Greats and Coys Trophy races are sure to be an unlikely highlight of the weekend.

Why? A hundred reasons, but firstly I guarantee you won’t have seen a more unlikely grid of cars. Or a happier grid of drivers. Comprising everything from raffish Mk1 Jags to out-of-place Wolseleys, boxy-but-beautiful Alfa saloons, angry Austin A40s, rear-engined Fiats and hoardes of the aforementioned Austin A30s and A35s. You may scoff at some of the cars, for they don’t look like natural racers, but all I’ll say is don’t judge books by their covers… 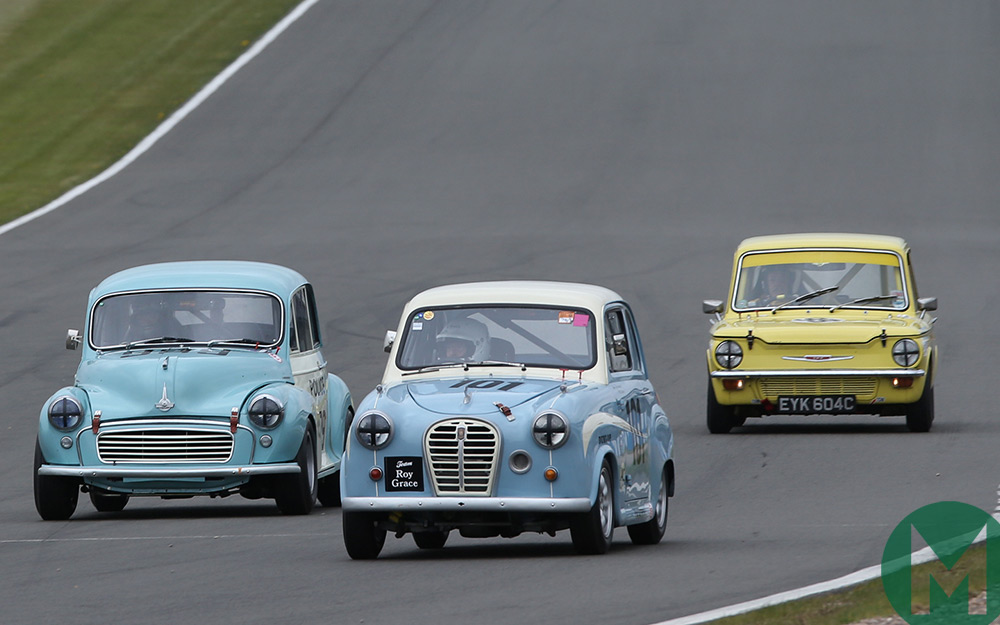 The mix is deliberately broad with plenty of different classes, so there’s racing up and down the field. There’s a big speed differential between the quickest and slowest cars so things can get a bit hectic but the racing is clean, thanks to a strong camraderie amongst the racers and Thurgood’s firm but fair policing of driving standards. It’s serious fun, as all great racing should be.

HRDC races are also a treasure trove of hidden talent. BTCC star Andrew Jordan and his super-quick dad, Mike, are stalwarts of the series. Built and prepared at home, their Jordan Racing Team (JRT) ‘GTA40‘ is always immaculate and right at the pointy end of things. Look to the Jags and you may also find Le Mans legend Andy Wallace sharing Nigel Webb’s lusty Mk1. And then there’s engine supremo Neil Brown and his tearaway Speedwell Austin A35. Fierce competitors all, but great blokes who’ll stop and chat whether you’re a fellow driver or an interested enthusiast. It’s all part of what makes historic racing special.

For a better sense of what HRDC racing is all about take a look at the in-car footage from last year’s end-of-season Touring Greats race, which was also at Donington. You join me late in the race just as we’re about to re-start after a safety car period. The field is muddled-up and I’m out of position, but Geoff Gordon’s Alfa Giulietta ti is a terrific little car and certainly not afraid of the big Jags! Climbing from 19th position at the pit stop to 3rd at the chequered flag, I’m not sure I’ve ever had more fun.

If you’re heading to Donington for this weekend’s Historic Festival I hope you have a great time. Just be sure to stick around for the HRDC races on Saturday and Sunday. You’ll be smiling all the way home.