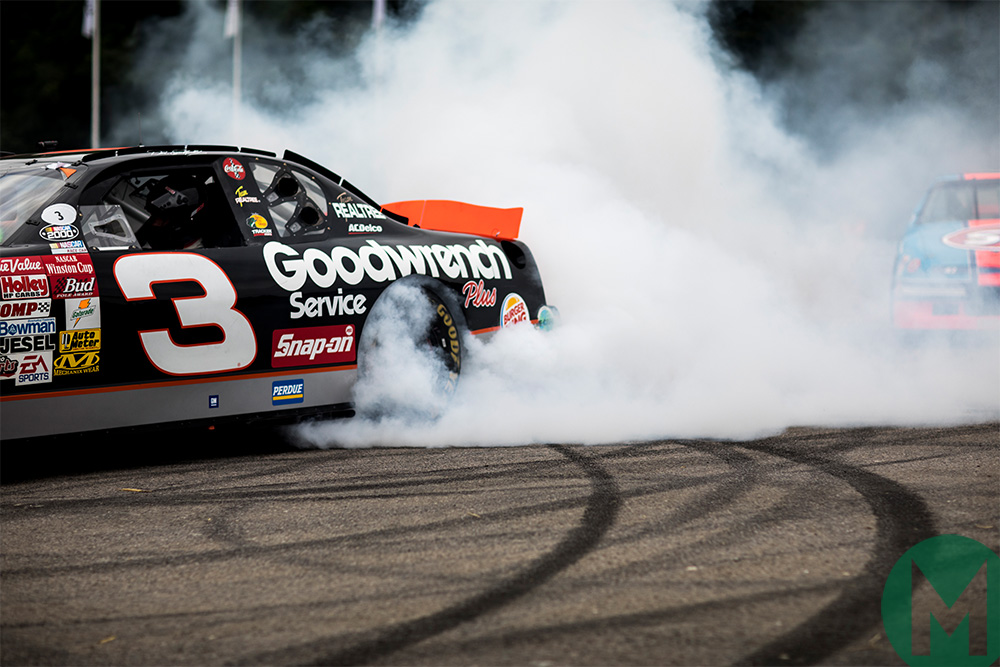 The 77th Goodwood Members’ Meeting will hold a NASCAR stock car demonstration on April 6-7 with more than 12 NASCAR trucks and cars expected to take on the Goodwood Motor Circuit.

While Max Chilton demonstrated a stock car at the 2016 Members’ Meeting and Emanuele Pirro did the same this year, 2019’s event will – for the first time – have a pack of them on track.

“The old-school pushrod V8 design is one of the greatest sounding engines of all time, and having over a dozen of them on track at once is sure to stop everyone in their tracks.”

NASCAR machines boast around 850 horsepower, but next season their power will be restricted in the Cup Series.

The Members’ Meeting will also hold a BMW M1 Procars demonstration and a Le Mans Prototypes display, both promised to be high-speed affairs.