Back in the 1950s trialling was an incredibly popular branch of the sport, with BBC TV coverage and huge crowds as purpose-built specials tackled hills set out on rough terrain. Those days faded and the older cars sat under dust covers as more modern machinery took centre-stage until a group of enthusiasts, led by Martyn Halliday and Ian Wright, decided to try and get some old cars running. 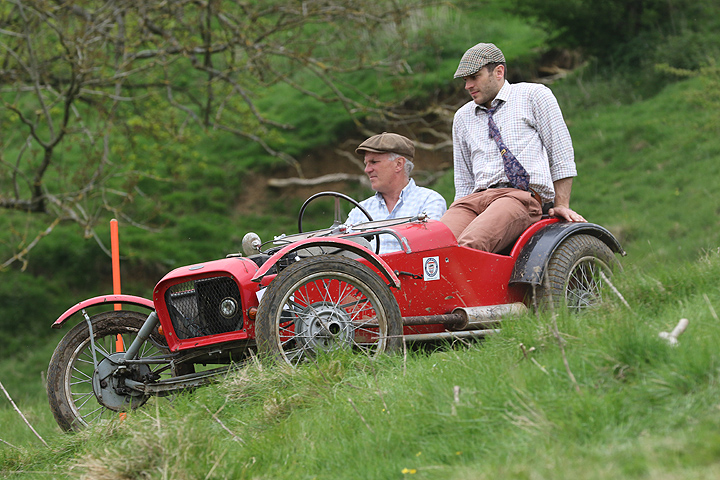 The Historic Sporting Trials Association was duly formed and five years ago the inaugural trial attracted 25 entries. From the 1172cc specials of the late 1950s through 1960s Cannons and the Facksimilies of the early 1970s, cars were dug out of storage and pressed into action once more.

Incredibly, 55 entries gathered for the 5th Anniversary Trial and more cars are appearing all the time. In fact, entry size is now giving event organisers logistical headaches at around half a dozen events between November and May.

A typical entry list is a remarkable run through historic motor sport, for the HSTA has strong links with the Historic Sports Car Club and a gaggle of historic racers are now trying their hand at getting cars up muddy hills. It is never as easy as it looks, but the competitive spirit, sporting atmosphere and camaraderie are massive draws and demand for cars is high. Of course, compared to circuit racing this is very cheap motor sport.

All around were fathers and sons, fathers and daughters, brothers, and husbands and wives enjoying their sport. Father and son Ian and Kiel Wright won the historic category (pre ’71), while Mark and Linda Howse ended the day on the same total and won the post-historic category (pre ’74). But the results were not the most important thing; it was the laughter and shared banter in this most simple branch of the sport that really mattered.