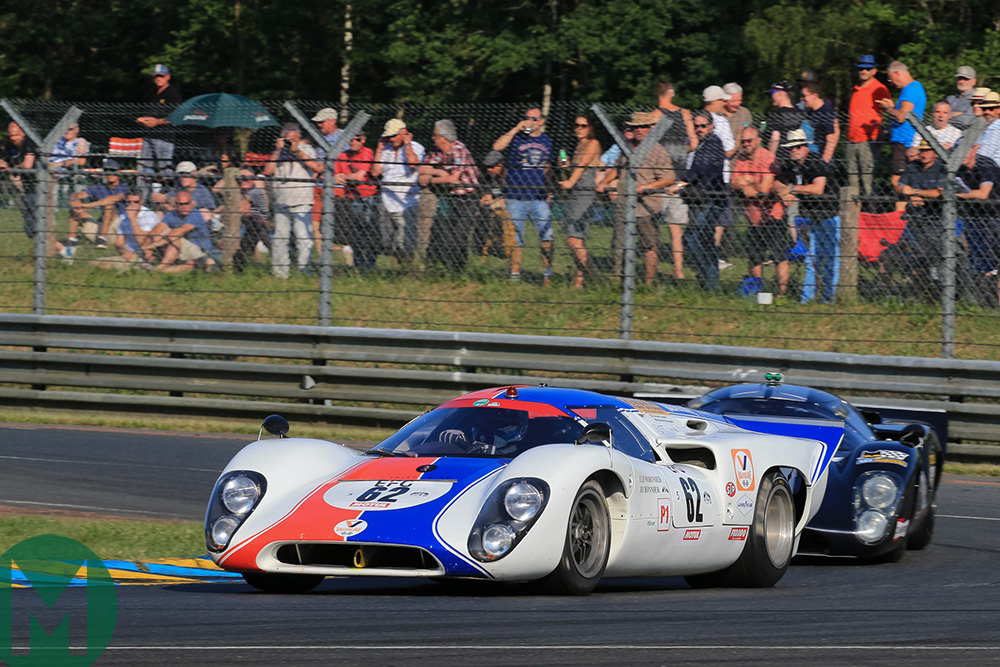 About a month ago I was driving a number of cars at Le Mans Classic. One of those was the Lola T70 Mk3B I race regularly in Peter Auto’s Classic Endurance Racing series with its owner, Gerard Lopez.

The T70 has always been a fabulous racing car, but one that’s really only come into outright winning form as a historic racer. The backbone of privateer entries in the top class of the World Sports Car Championship, in period, Lola’s Mk3B T70 was never more than an outside contender for outright victory at Le Mans. Think of it as today’s Rebellion LMP1 car fighting with the Toyotas.

Nowadays, thanks to the short format races preferred in historics, 50 years of continual improvement and relative affordability compared to the near-priceless factory Porsches, Ferraris and Alfas with which they did battle with back in the day – the T70s are enjoying a purple patch of belated dominance.

At Le Mans Classic the big Group 5 Lolas contest Plateau 5, for sports cars built between 1966 and 1971. Like all the Le Mans Classic grids, Plateau 5 is packed with fabulous cars. This year, along with more than half a dozen Mk3Bs, there was a Ferrari 512 M and 512 S, three 917s, umpteen 908s and 910s plus assorted gems from Matra, Ligier, Alpine and a flotilla of smaller Chevrons and Lolas. It’s a noisy, fume-laden kind of heaven.

Time is precious on the full 24-Hour circuit, so Le Mans Classic practice/qualifying sessions are short and sweet. You don’t have many chances at finding a clear lap – in truth if you’re sharing a car you each have time for an out-lap and two fliers to post your time. Given it’s most likely been two years since the majority of drivers competing at LMC drivers have driven the circuit, its ultra-high-speed nature makes it a formidable challenge.

The T70 is a monster around La Sarthe. We quickly find a taller fifth gear is required, as it’s happily butting into the rev limiter three times along the Mulsanne and once on the run to Indianapolis. A look at the gearing chart shows this to be a smidge under 180mph. Gulp.

The footage you see here is from qualifying. It was the second of two flying laps and hopefully gives you some idea of how mighty these Group 5 machines are, and how magnificent the 24-Hour circuit is in a car blessed with more grunt than mechanical grip. Despite my ugly stab at second gear into the last chicane, the resulting 4min 13sec lap was good enough for pole, ahead of – yep, you guessed it – two more Mk3Bs. Indeed, there were six of them in the top-10, split by the one-off Duckhams Ford, Carlos Monteverde’s Ferrari 512 M and a brace of Chevron B19s.

Sadly, we would go on to retire the car midway through the first race, but even driving those few qualifying laps was a truly unforgettable experience. One that, for a few short laps, transported me to the heart of possibly the most iconic era of endurance racing: one celebrated to this day and defined by beautiful, bellowing and brutally fast machines such as the T70. Life – and historic racing – doesn’t get much better.