The Roger Albert Clark Rally was billed as a return to the gruelling days of the sport’s past, with stages held across Britain, night running, and the cruel November weather.

Few could have predicted just how cruel it would be, however, as storm Arwen blew in, dumping snow and fallen trees across the already muddy stages, and leaving icy weather in its wake.

The conditions had already brought their fair share of twists and drama, so the final day of competition was never likely to be a smooth ride to the finish. And so it proved.

With five special stages to go and the shortest stage miles of the event, surely they couldn’t be assailed? Plenty of fans had turned out to discover the answer, on a cold but clear morning in southwest Wales, and they wouldn’t have to wait long for fate to show her hand. 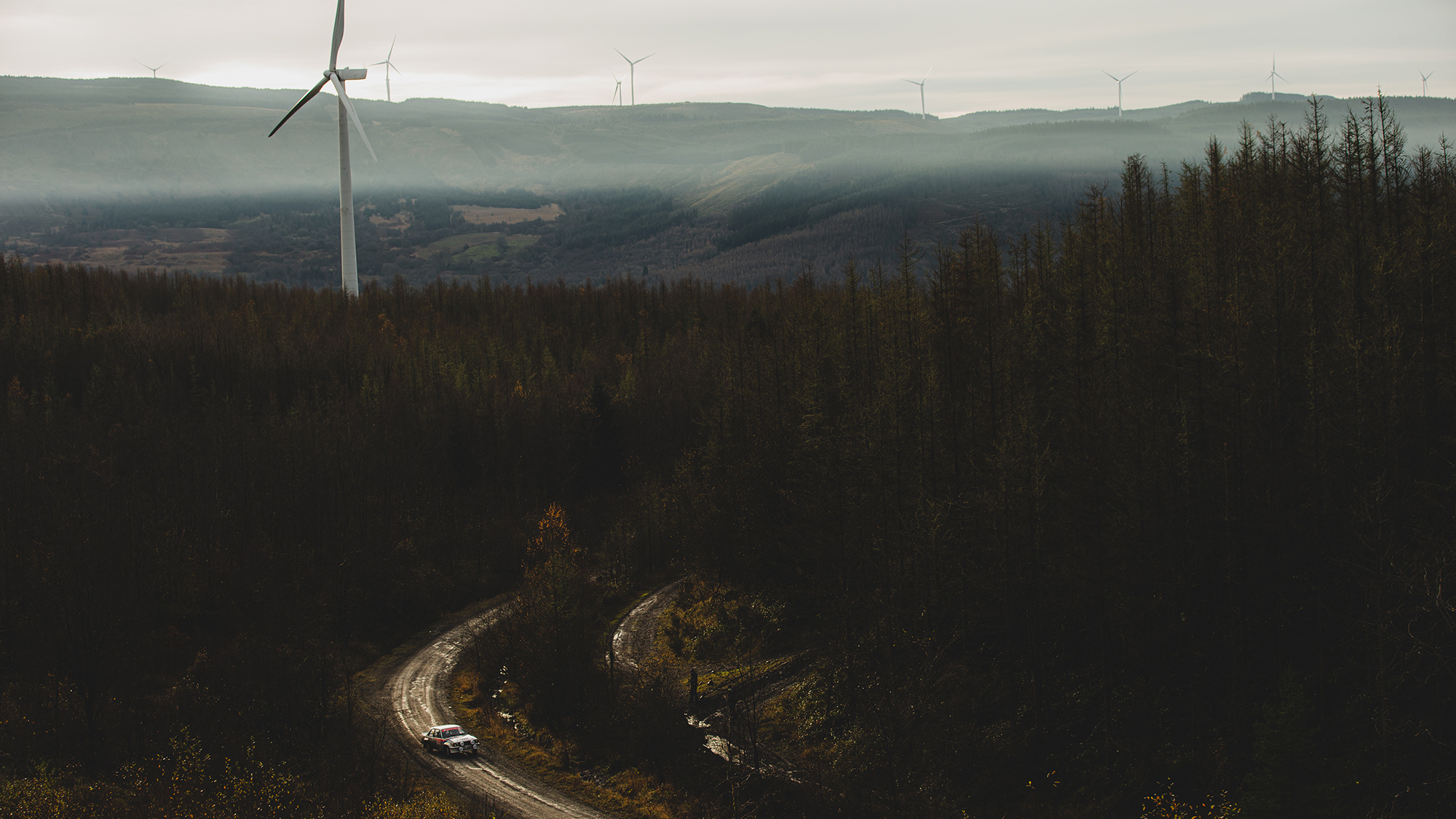 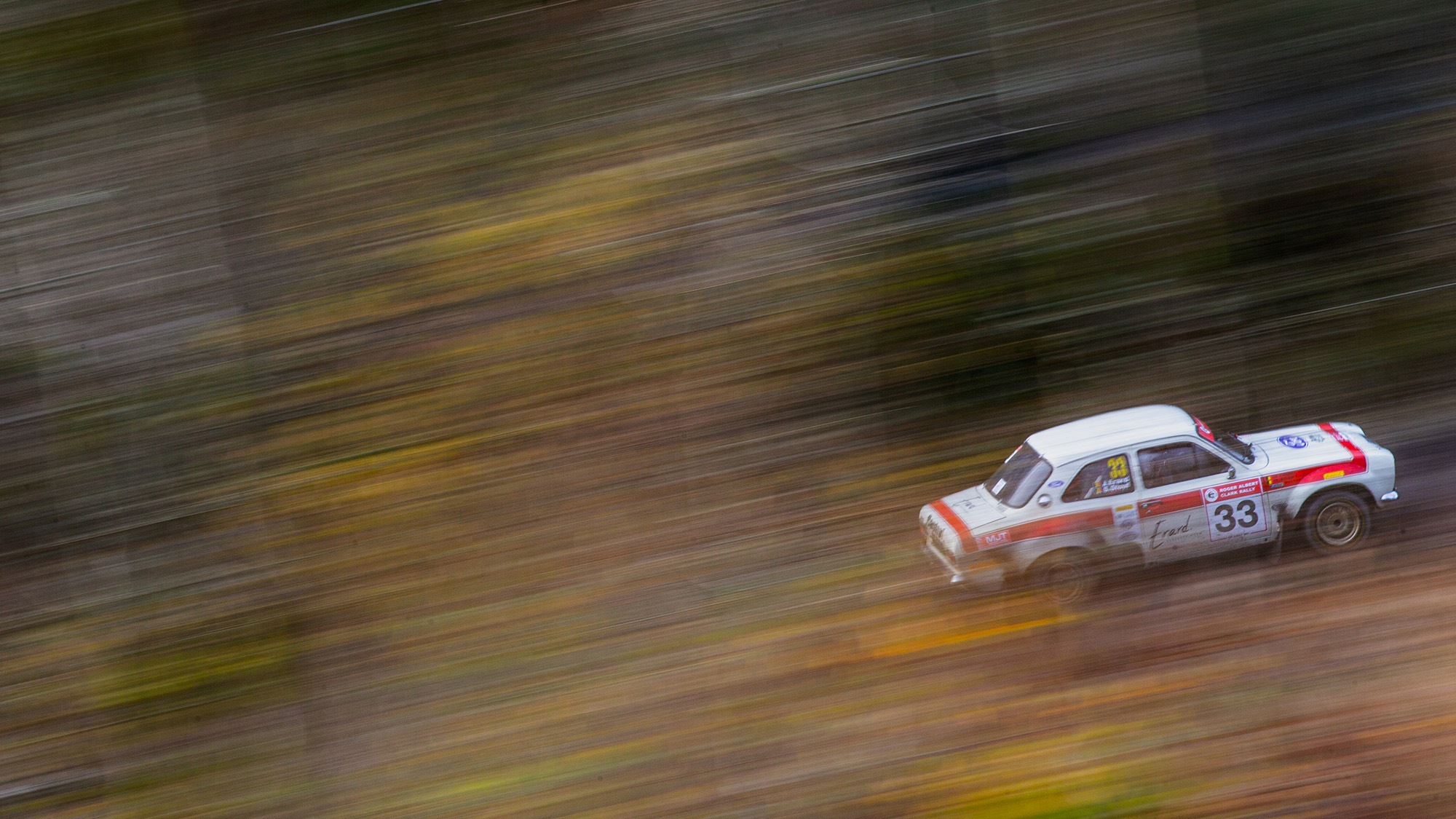 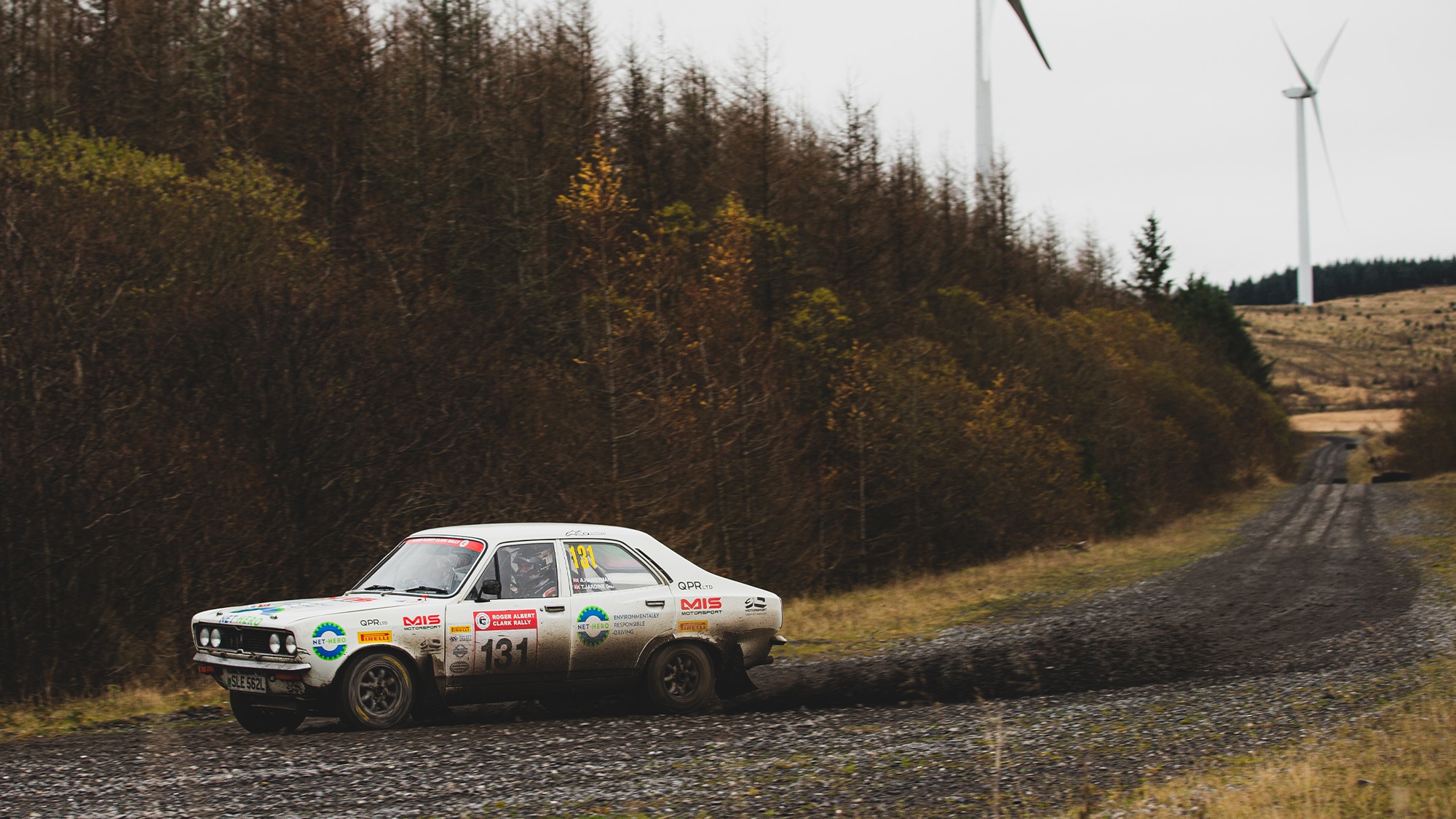 Walters Arena would provide the backdrop for not one, but two dramatic twists, the stage that was once part of the bigger Rheola WRC stage and with the cars running in the tyre tracks of those heroes that had gone before the wheels quite literally fell off of Pryce’s chance of victory, as he took the corner off his Escort when the short stage had barely begun.

With Pryce out, victory appeared Barrett’s for the taking: he and co-driver Noble just had to stay out of trouble. But the tracks that weave a path through the wind farm at Walters Arena are fast, perhaps some of the fastest on the event, and at the end of the stage a series of straights are followed by extremely rapid corners on the loose gravel. It would be here, just a few minutes after the departure of Pryce, that Barrett would get his line ever so slightly wrong, sending his own Escort barrel-rolling into the undergrowth and seeing defeat snatched from the jaws of victory within touching distance of the stage finish.

Bad news travels fast and the word began to get round the crowd gathered in the amphitheatre-like bowl early in the stage that now, after so many competitive miles, the destiny of the rally had shifted again in just a few corners. The fan-favourite bright red Porsche 911 of Ryan Chapman and Craig Thornley was now top of the tree, and it was a position that the Tuthill-built machine would not relinquish, arriving in Carmarthen as well-regarded winners and five minutes ahead of second placed Seb Perez and Gary McElhinney in a MK2 Escort, with the RS1800 of Adrian Hetherington and Ronan O’Neill rounding off the podium positions.

Elsewhere, Tony Jardine and Allan Harryman were enjoying a strong end to the rally, although the car was feigning gearbox failure early in the day. It turned out to be nothing more sinister than a bell housing that had shaken loose on the rough stages. With this fixed, the NET-HERO team could take the line in Carmarthen which, on reflection, was some achievement considering the tumultuous path that the rally gods had bestowed upon them. They finished fifth in class and 75th overall, becoming the first fully carbon-neutral team to complete the event, 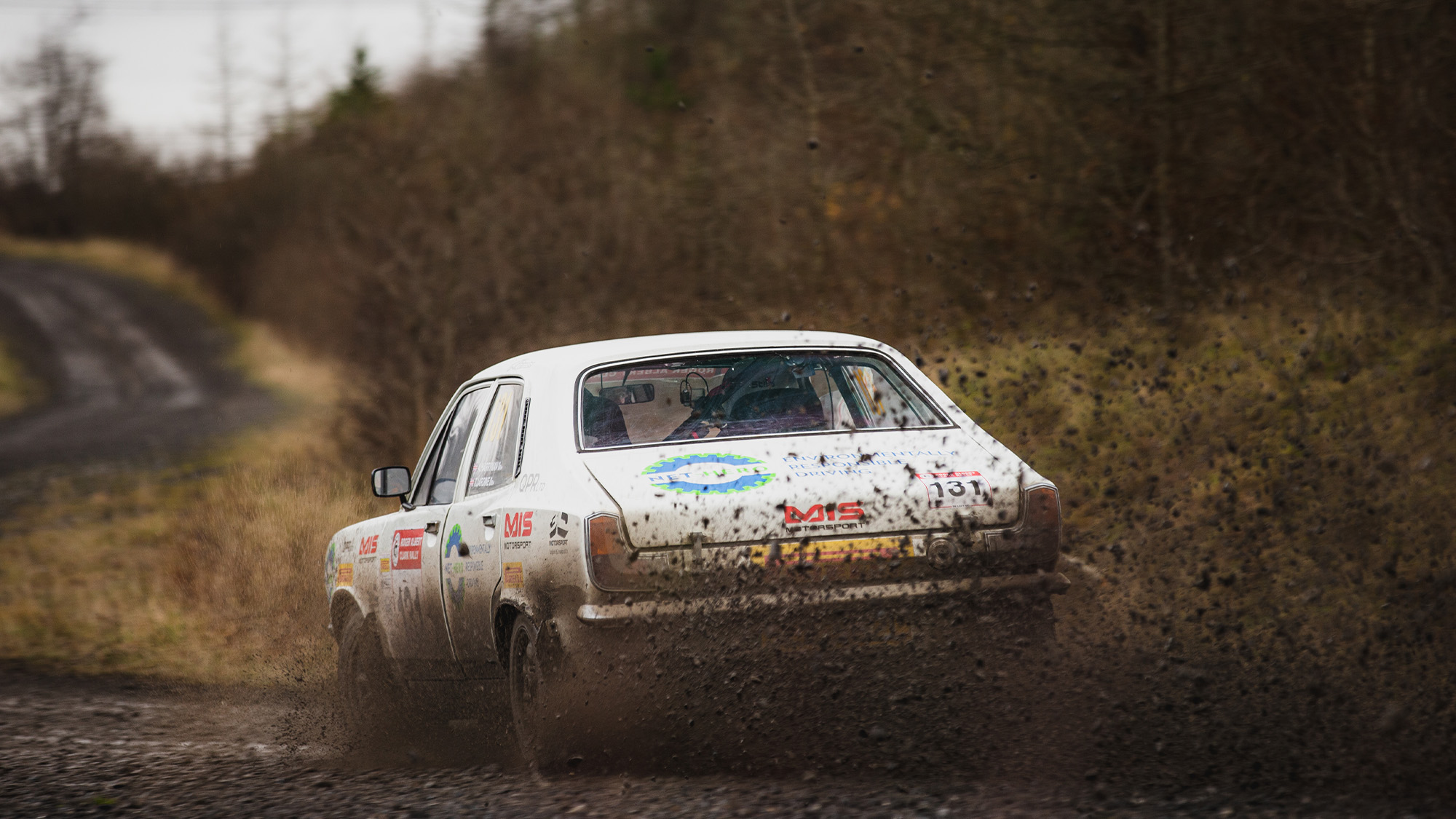 Eat dirt: the finish line in sight for the Avenger crew 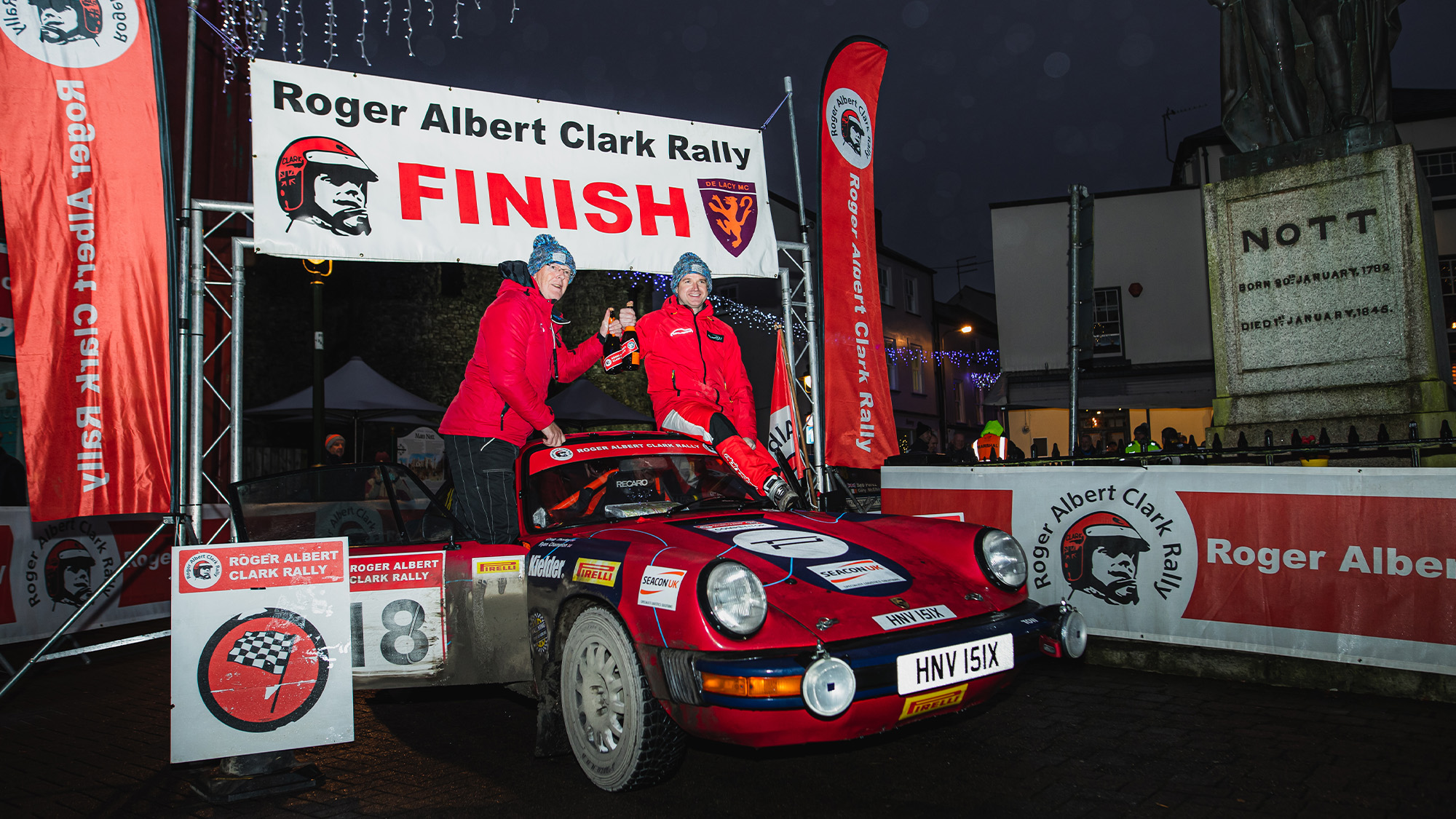 A popular, if unexpected win for Champion and Thorley 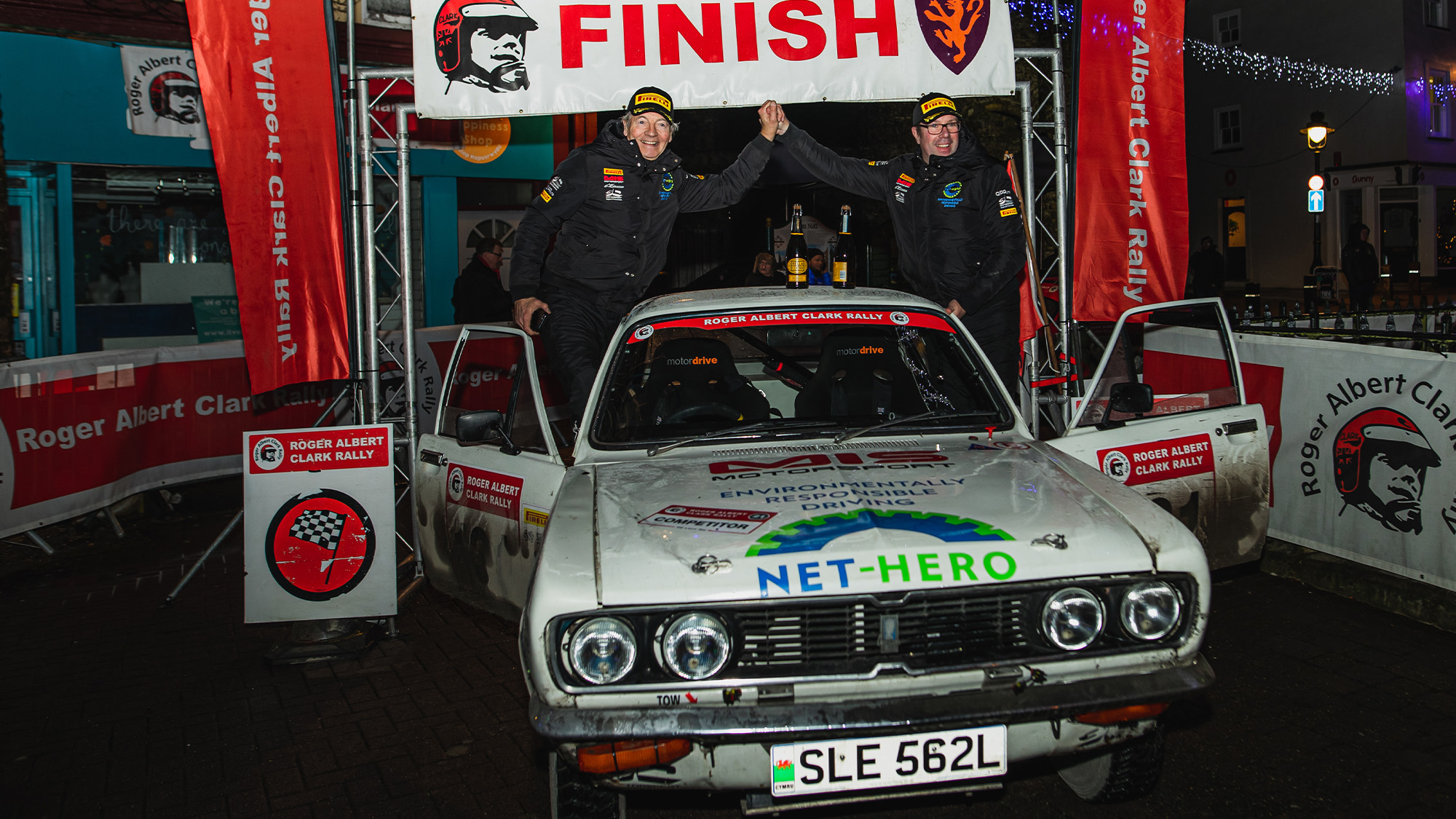 After a crash early in the rally, reaching the finish line was an achievement for the Hillman Avenger team

“After the trials and tribulations, including a big off, we are relieved and delighted to complete the adventure that is the Roger Albert Clark and stagger across the finish line,” said driver Jardine. “We had a mission to deliver the carbon offset message to the rally community and get to the finish line in the process, showing what is possible for now and for the future of the stunning forests of the UK and the world.”