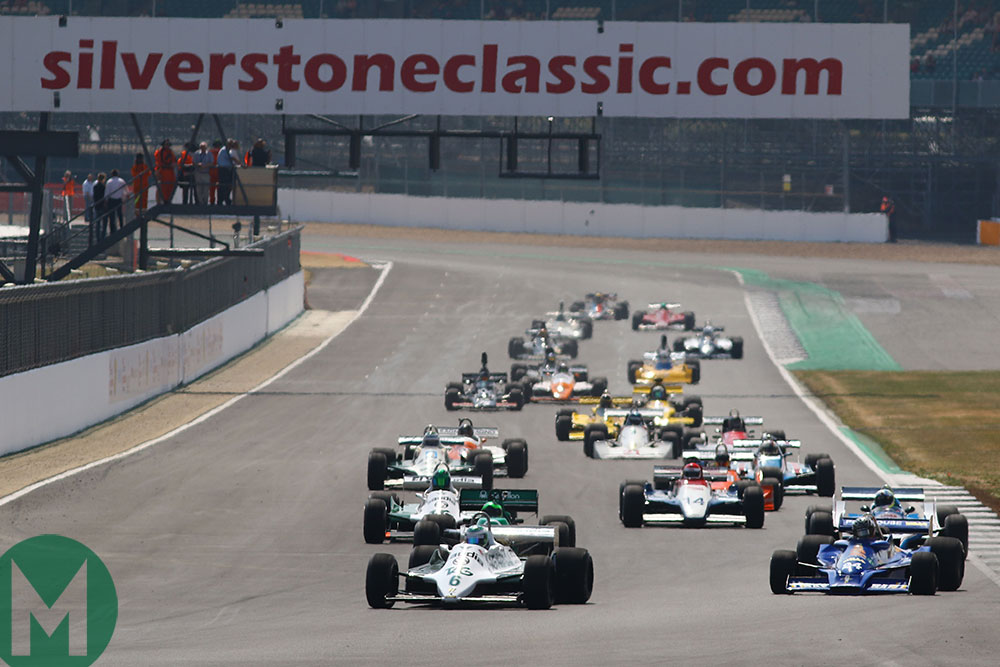 Any doubts regarding the health of the British historic racing scene have surely been quelled by the 2018 Silverstone Classic.

Even the Super Touring Car Trophy turned the tables on a difficult season. Sparse grids this year caused its races at the HSCC’s Thruxton 50th anniversary celebration meeting in June to be cancelled, and the field just broke into double figures for the Donington Historic Festival meet in May.

But here, at Silverstone, there was an evocative array of classic British Touring Car Championship liveries to be found, with a staggering 28 entries. And it proved a wholly entertaining contest; a testament to the heyday of touring car racing.

Rickard Rydell’s presence commanded a gaggle of fans around his Volvo S40 throughout the weekend, which he returned to for the first time in almost two decades, but James Dodd wasn’t making his life easy: his grey and white Honda Accord denied Rydell victory twice in the two Super Touring races. Seeing Abbie Eaton’s Holden Commodore tear down the straights of Silverstone was another highlight of the weekend, and hopefully this is the start of Super Touring’s renaissance. Super Touring cars turn out at Knockhill next, with a final meeting this year at the Oulton Park Gold Cup on the August bank holiday weekend – when grids of a similar size are expected.

The Jim Clark Trophy for Historic Formula Junior cars from 1958-60 was, in no uncertain terms, oversubscribed. More than 50 cars lined up on the grid and Will Mitcham’s U2 Mk2 took Saturday’s honours in front of a crowd captivated by the close racing on offer, while Andrew Hibberd won on Sunday in his Lola Mk2 ahead of Cameron Jackson, who came from the back of the grid to finish runner-up. Jackson was named Motor Sport’s ‘driver of the weekend’ for his masterful performance.

It was a fitting end to the European leg of Formula Junior’s three-year world tour, a celebration to mark the series’ 60th anniversary. Later, a record-breaking parade consisting of more than 100 cars gathered on track for the Formula Junior parade as cars from the Denny Hulme Trophy (for cars from 1961-63) joined the festivities.

Motorcycle racers have long been believed to be of a different breed, and even though their days of taking to the track in anger are long gone, the likes of Freddie Spencer, Wayne Gardner and Phil Read tore through Silverstone on screaming 500cc two-strokes. It was a demonstration by name, but the World GP Bike Legends parade was anything but a procession.

Nick Padmore dominated the Masters Historic Formula 1 races in his Williams FW07C, and the spectators were treated to a grid of Shadows, Lotuses and Tyrrells with a healthy dose of Hesketh thrown in. It was an antidote to today’s more clinical iteration of F1 and an incredible chance to bear witness to the screaming sounds of Judds and DFVs. 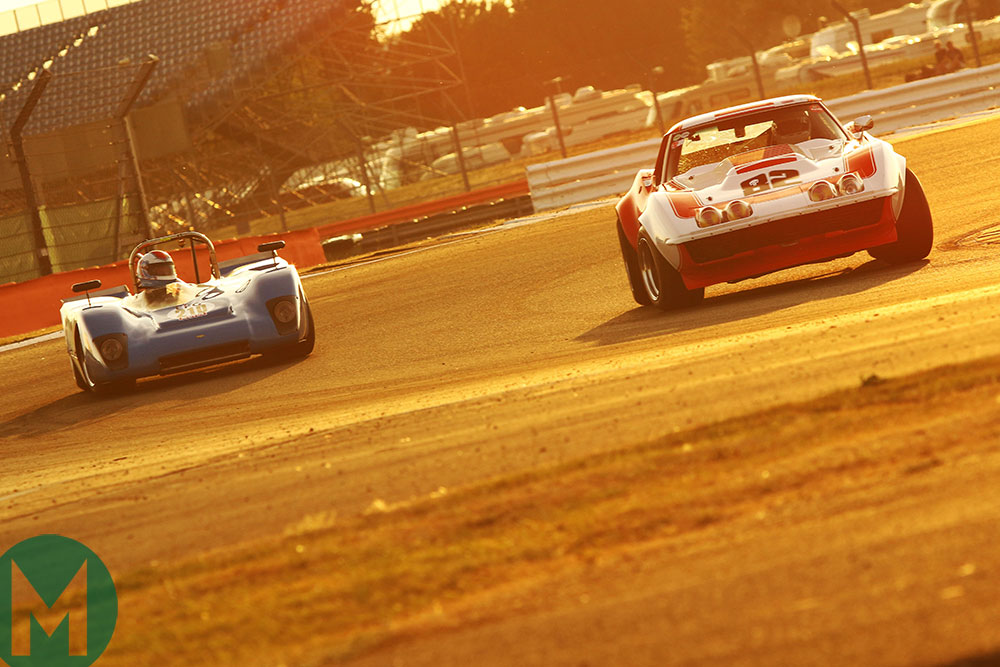 When the sun finally crept below the horizon to give respite to the sweltering Silverstone paddocks, it provided a stunning backdrop to the new Masters Endurance Legends race on Saturday. Fabled endurance machines such as the Ferrari F40, Peugeot 908 LMP1 and a gaggle of LMP2s and GT cars thundered across the Tarmac, exhausts and lights ablaze in harmony. Steve Tandy’s Lola B12/60 kept the Gulf-liveried Lola-Aston Martin DBR1-2 at bay by a comfortable margin in race one, although Sunday’s race was a much closer contest. Olympic gold medal-winning cyclist Sir Chris Hoy took to a different set of pedals in the Courage LMP2 for a sixth-place finish in race two.

Sunday was a day dedicated to tin-tops, with the Gallet Trophy for Touring Cars under 2-litres won by 2012 WTCC champion Rob Huff/Andy Wolfe in their Cortina, while father-son pairing Nick and Harry Whale dominated the Historic Touring Car Challenge in the BMW M3 E30.

Celebrations to mark the British Touring Car Championship’s 60th continued with a parade of cars spanning all six decades, including the Austin A105 Westminster – winner of the inaugural BTCC season at the hands of Jack Sears – and the 2017 title-winning Subaru driven by Jason Plato. Anniversaries galore, it was the turn of British Leyland and the Austin-Healey Sprite to celebrate 50 and 60 years, respectively, on Sunday.

Off track, more than 80 cars found new owners at the Silverstone Auctions Sale, including a 1975 Range Rover once owned by the royal family, a road-going Annison single-seater and a 1947 Lancia Aprilia hand-crafted by Battista Farina, which fetched £151,875 after extensive restoration.

The BRDC’s Motor Sport Charity Sale raised £27,000 while the Henry Hope-Frost ‘Family Fever’ Sale took £18,000 and, in all, Silverstone Auctions sold 66 per cent of its lots with a total result of £6.3 million.

Next year’s Silverstone Classic is provisionally penned to take place from July 26-28, and, after a stunning 2018 show, the event is a worthy flagbearer for British historic motor sport.