The relay’s history in British motor sport stretches back nearly 90 years but, as the Equipe Classic shows, the format shows no signs of passing the baton 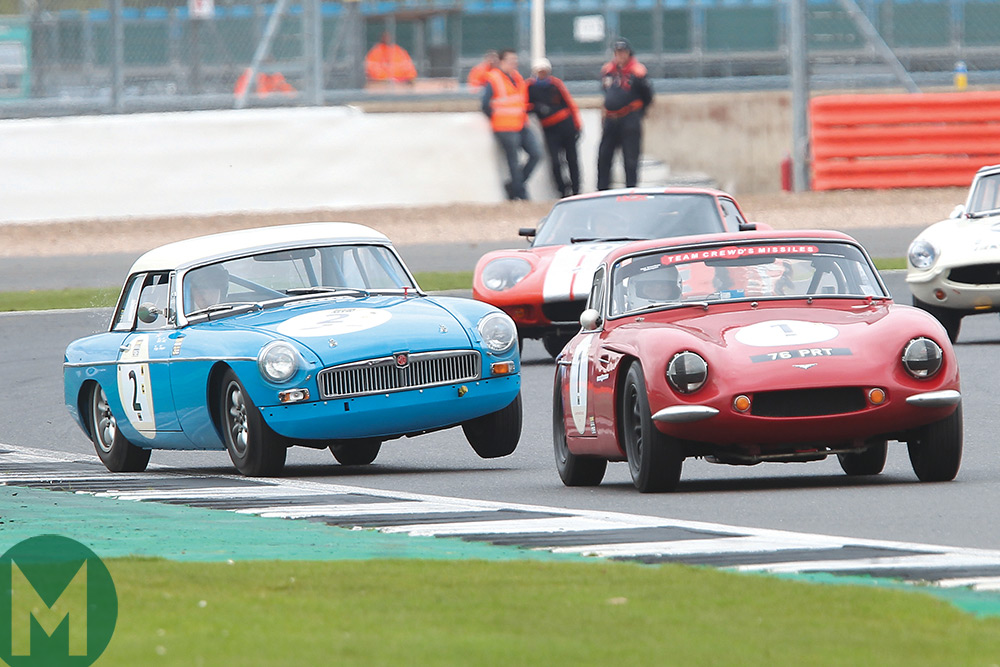 In the past I’ve completed plenty of two and three driver events, but The Equipe Classic Relay was my first relay race. Being part of a team with different cars proved a refreshing change, as it took the pressure off one car failing, therefore avoiding an early bath for all of us.

The gameplan was to turn up and enjoy it and, at first glance, it seemed like it would be a simple two stints each. The rules, however, allowed us to do one stint each, and having done more karting endurance races than I care to admit, it was a no-brainer to minimize the pit stops.

I was slightly concerned to receive a text on Friday afternoon saying that the car may be broken, as we would have had to use my MGB for the full three hours. It’s finished the Spa Six Hours 12 times – though the differential and a holed piston let it down on two occasions. Typically, the spare engine was in bits so it wouldn’t have been possible to bring up to Silverstone.

Peter Haynes, who joined me and Nick for the race, blew me away. He had never sat in the car before he put in his five qualifying laps, but he was straight on his handicap time. Furthermore, his pace was within spitting distance of MGB Motorsport’s Tom Smith, who is one of the most successful and accomplished MGB drivers. In six years I’d tried and failed to get close to Tom, let alone beat him…

Heavy rain on the circuit was the only obvious curveball from the outset, prompting a spin from many a driver – including me, suffice to say.  But the stint was an enjoyable challenge, and we were racing against others who also realised it was a three-hour race, not just a sprint. Jonathan Smare kept me honest and his pitstop proved a great sense of relief. Driving against Pete Foster, in his last race, was also special – he gave up counting his trophies a long time ago!

I have yet to find a grid that hasn’t welcomed me with open arms in six years of racing in my MGB, but organisers Rob Cull and John Pearson were first class. They were welcoming, and, importantly, unflinching when it came to cracking down on bad driving. Their success in bringing together and building on the Equipe and Ecurie series, to the extent that they’re so oversubscribed throughout the season that they often run two grids, is evident.

The atmosphere is great, and I’ve made some good friends over the years through it. A few of us have raced together in Caterhams before them making the change to historics – you can blame Roy Gillingham (of Chequered Flag Classics) for that.

Nick and I made a good account of ourselves, keeping to our handicap times and concentrating, mainly, on not throwing our hard work away! Jack Phillips, there as team manager, with Lesley and Jerry Heskins in support, was also a useful addition to the team.

Peter was running close to the front in his stint, ignoring the more rapid cars around him, and that fired us all up. When I got out of the car on my stint and found out that we were leading on handicap after two hours, Jack was quietly confident, and staying away from the pit wall was difficult. We ended up fourth on track, and it took some quick maths from Jack to realise that we had, indeed, won.

That victory, my first overall win with the MGB, took a while to sink in and led to a tremendous high. I’ve picked up a number of class placings over the years but the Equipe podium has eluded me over the years.

I got straight on the phone to let the ever patient Gary Davis, who maintains and preps the car so well for me for every event, to thank him. He couldn’t believe it any more than I could, and neither could my wife when, finally, I had an answer to her standard question, asked whether it’s a test day or a race day: ‘Did you win?’

To read Motor Sport editor Nick Trott’s take on the “brilliantly eccentric” Equipe Classic Relay, pick up or download a copy of the February issue