Vast numbers of examples of the evergreen car are expected for the races, parades and displays 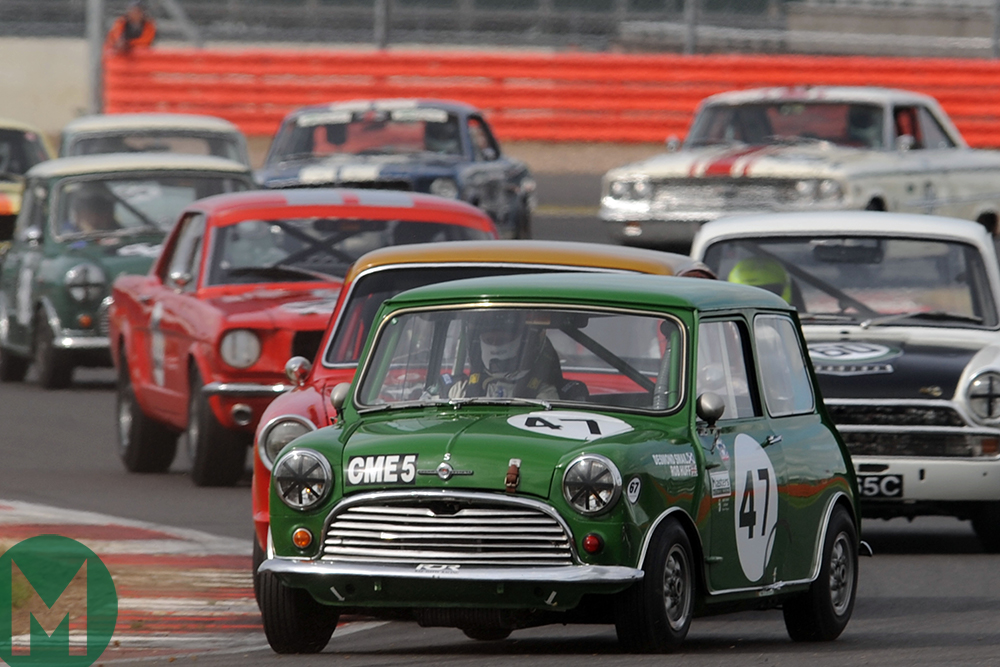 The Mini bows to few cars when it comes to popularity and influence, and its 60th anniversary will be highlighted at the Silverstone Classic.

The Mini was first launched in 1959 and, as well as revolutionising small car design, it quickly became a ‘Swinging Sixties’ style icon.

Another thing that continues to this day is the Mini’s racing pedigree. The nimble machine quickly established itself and, most notably, Mini Coopers claimed three Monte Carlo Rally victories in 1964, ’65 and ’67.

The car filled the top three finishing places in the ’66 rally too but were controversially disqualified for infringements of complex regulations about the way their headlights dipped.

More recently the Mini Clubman took part in World Rally Championship events from 2011 to 2013 while the Mini continues to this day to thrive on track and several Mini-only racing series exist.

The Mini double-header action at this summer’s Classic will feature on all three days of the event, with qualifying taking part on the Friday and 20-minute races on both Saturday and Sunday.

From the Archive: My Mini marvel

In addition to the two races, a host of Minis across all generations will feature in special on-track parades, as well as the in-field displays organised by motor clubs.

“Absolutely everybody who loves cars loves the Mini, so we are really thrilled to be celebrating this major milestone in its illustrious history with two fabulous races at the Classic, where the stars are always the cars!,” said Silverstone Classic CEO Nick Wigley.

“With so many evocative examples in existence, we are expecting to create what will be the world’s biggest-ever field of racing Minis… and, in doing so, make yet more history for both the magical Mini and the Classic.”