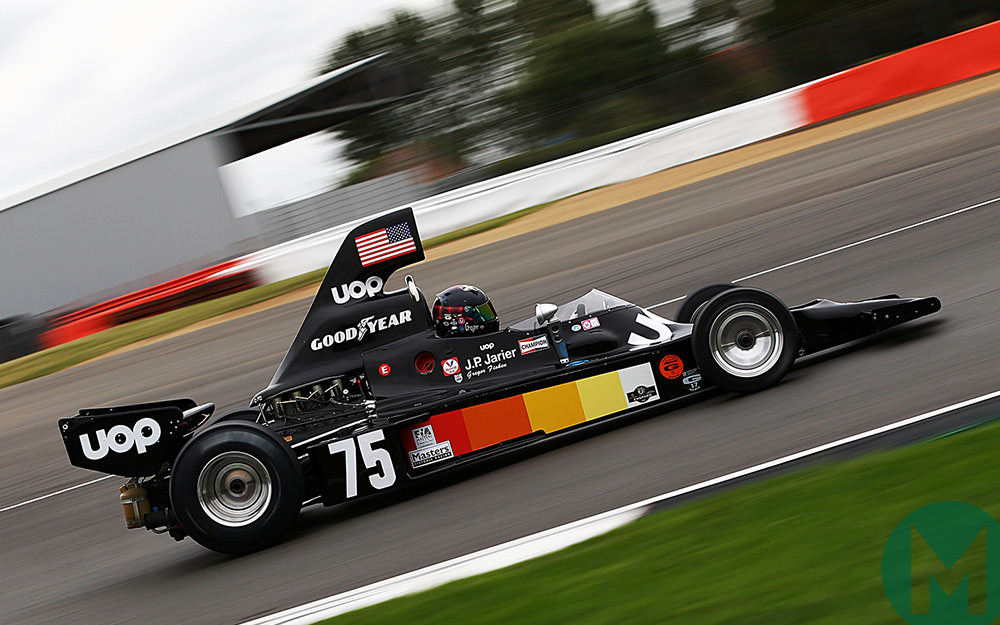 The Silverstone Classic bills itself as the world’s biggest historic racing festival, and you can see why. It prices itself accordingly, mind, and many probably baulk at the £60 entry.

But this is the circuit’s biggest four-wheel event except for the Grand Prix, with more than 100,000 coming through the gates to watch more than 1,000 cars competing across the three days. Twelve hours of eclectic racing, on Saturday, even. The ticket price soon looks well worth it.

One of the benefits of the sheer size of Silverstone means it never feels too busy, unlike Goodwood. Those 100,000 are comfortably contained, though bus queues are long (always take a bike to Silverstone…).

The trick of the Classic is that you can spend all day there without seeing a lap of the actual racing, should you wish, and still come away thinking it has been an excellent day out. That’s something Silverstone now realises – MSV has been doing it well in recent years with events such as American SpeedFest – and Silverstone’s World Rallycross event next year will be a similar concept to the Classic, just with a lairy edge. A glimpse into Silverstone’s post-Grand Prix future, potentially.

Motor racing is an easier sell if you can entertain the kids when they get restless with a fun fair, Lightning McQueen or some supercars to ogle. The racing will be absorbed almost by accident, and the passion will be passed on to the next generation. Compare the Classic to taking the kids to a Premier League game and 90 minutes versus 12 hours is a comparison that falls favourably towards Silverstone.

For those there for the racing, it’s the chance to watch cars that you think now exist only on film or these pages. You experience exactly why they remain so evocative. Even when being driven far from their limit – close to the driver’s, maybe – the misty-eyed reverence towards these cars makes perfect sense.

Take the brilliant 30-car grid of Formula 1 cars, which housed a Jackie Stewart Matra, warts-and-all Eifelland-March, and plenty of Benettons, Brabhams and Williams. The racing was close, the cars loud; how it is meant to be. Yet they still appeared dwarfed on the expansive circuit, jarring against the expectation of watching these cars framed by close Armco. But still it’s an incredibly pleasing sight.

If there were numerous F1s, the stellar prototypes would be more of a smattering. Rain dampened some of the Group C magic, but 13 were wheeled out in the spray with a Sauber Mercedes, Silk Cut Jag, Courage and Gebhardt dotted among the many Spices. The semi-close contests come second to the simple appreciation of watching the increasingly rare machines out on track as rising values deter owners from racing them.

Those who braved the Saturday evening downpour were treated to a superbly entertaining race for pre-66 sports cars, as Elans and E-Types hounded the more powerful Cobras through the increasing puddles. An inspired David Pittard, found normally in British GT, flung the Mongoose Elan at all angles onto the tail of Oliver Bryant in the Cobra and Julian Thomas in the agile E-Type. The latter departed the party into the Stowe gravel, and once the Elan was handed over to Graham Wilson it then slipped back in the treacherous conditions.

Bryant wasn’t left to his own devices, though: the Elan was replaced at the front by the stealthy Bizzarini of Roger Wills, if the barking Bizzarini can be such a thing, so too the Cobra of Andrew Haddon and E-Type of Jason Minshaw. It grew to a superb climax, with barely a couple of seconds covering the top four of Bryant, Wills, Haddon and Minshaw.

An honourable mention must go to Marco Attard in his Corvette, the 2014 British GT Champion spent 50 minutes sliding it around amusingly in a race of his own.

The hundreds of single-seaters, from Formula Ford, Formula Juniors, pre-war and pre-66 Grand Prix cars, always offer good value for their own reasons, be it slipstreaming and sliding screamers or the spectacle of seeing the storied rumbling single-seaters on track. Touring cars are always a draw, too, be it the Super Touring grid peppered with Capris, Vitesses and Beamers, or the sideways up-to-2-litre saloons of the ‘60s.

It’s an event that makes good on the promise of something for everyone. Just start saving now for 2018.