Testing, with a side of bacon rolls. What else is there to do in cold and damp March? 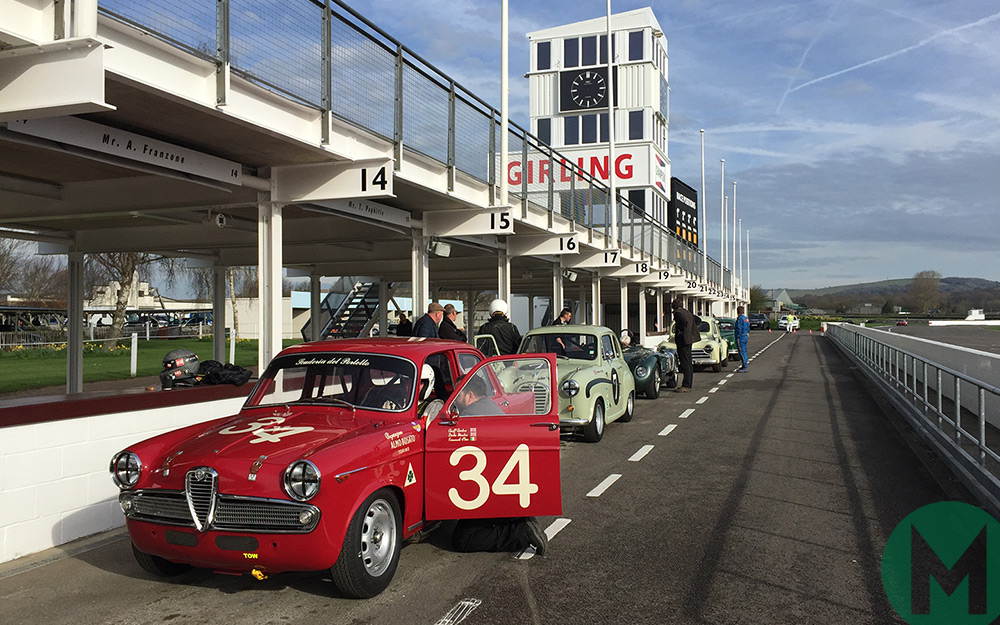 I’ve always enjoyed winter or early season testing. It’s great to get rid of the rust from your reactions and polish up your racing driver excuses ready for the season proper.

Donington Park is a favourite testing haunt, with noisy, open pitlane midweek test days. You’ll find many familiar names and faces in the garages, most likely huddled round cups of tea or coffee and chomping on bacon sandwiches. Pork-based vittles that each and every one of us vowed to resist during our early morning journeys to the circuit.

This year’s been slightly unusual for me, in that I’ve raced before doing any testing. Now, less than two weeks after my season-opening run at the Goodwood Members’ Meeting I’m back at the West Sussex circuit for an HRDC-organised track day, in a beautiful little 1959 Alfa Giulietta owned by Geoff Gordon. Happy days.

You get so used to seeing Goodwood in all its finery and packed with people it’s always a bit of a shock to come here when the place is virtually deserted. In many ways it feels even more special. The atmosphere is more intimate, the relaxed schedule means there’s more time to chat.

It’s also nice just to appreciate your surroundings. When I’m at Goodwood it’s impossible not to reflect on its history as an operational wartime airfield and its post-war pomp as an active race track from 1948 until its final race 18 years later. Fittingly, it was also used as a testing venue during the late-Sixties, Seventies and even into the Eighties. 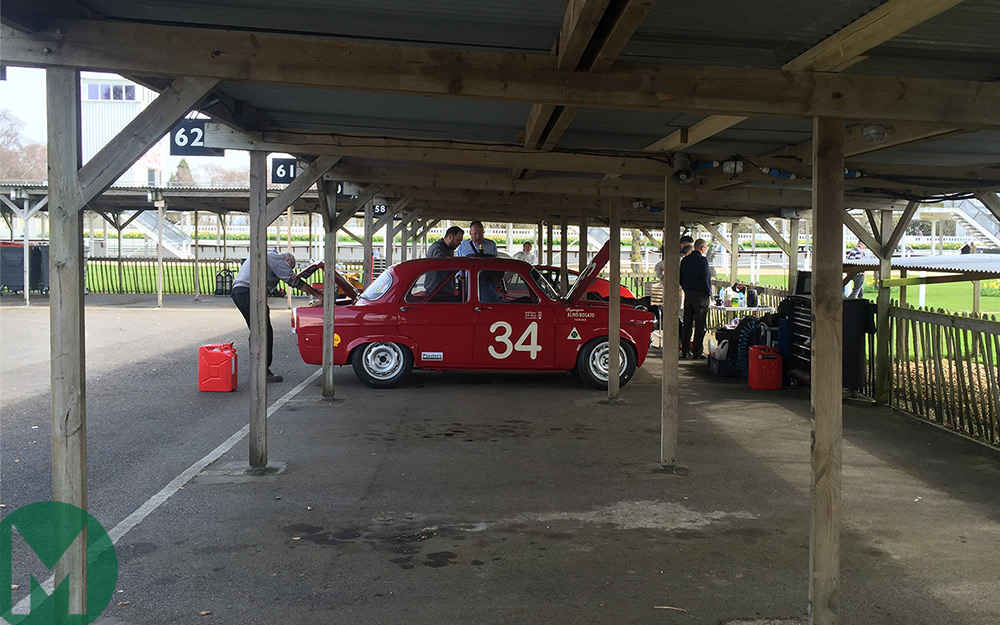 Some extraordinary stuff got tested and shaken down at Goodwood after racing ceased. McLaren would routinely bring Can-Am cars here in the late-Sixties and early Seventies, Group C teams would shakedown sports prototypes, and even the smaller Grand Prix teams would run here. When shaking down his yet-be-be-raced Onyx F1 car, Stefan Johansson banged in a hair-raising flying lap of 1:02.5. Allegedly during a local car club sprint.

It might sound like an obvious statement, but testing ain’t racing. In historics – which remains largely the domain of amateur racers – some drivers struggle with that. They either can’t see the point, can’t spare the time, can’t stomach the added expense or simply can’t get fired-up without the adrenalin of competition. Personally I’ve never needed asking twice if I’d like to drive a racing car around a race track. To be fair that’s probably because I’m not paying for it, but as I’ve become more competitive and keen to improve myself and the cars, chances to try new lines, assess new set-ups and get a renewed feel for the machinery are priceless.

There’s no better feeling than arriving at the first few races of the season knowing you’ve de-bugged the cars and (hopefully) got your eye in. That’s what makes the cold and often wet March days spent putting in the hard miles when there’s nobody around to cheer you on so worthwhile.

That and the bacon butties. 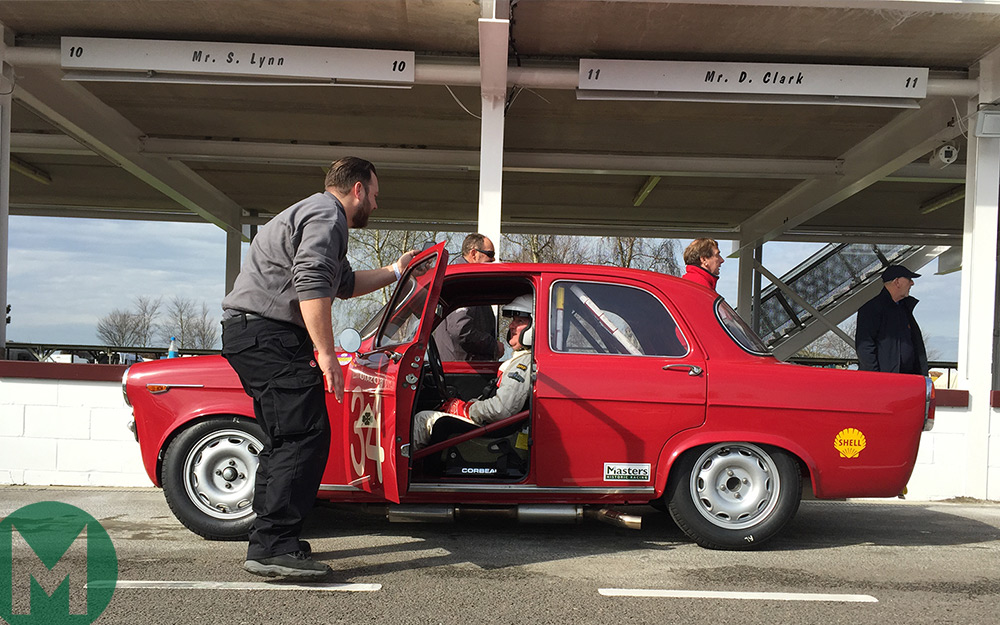