After a tumultuous 24 hours the Roger Albert Clark rally resumed its timetable at lunchtime on Sunday, under the clear but very cold skies of Wales. The Gartheiniog stage was unfortunately cancelled due to fallen trees and throughout all of the stages and rally route the wounds gouged into the forests by Storm Arwen were clear to see.

Four stages would be contested, two each in Dyfnant and Dovey in an area of Wales well used to the sound of WRC cars and despite the bitter chill in the air and the threat of more snow the rally fans in this part of the world still made their way to the familiar stages. They would be rewarded with high drama, and for those who braved the plummeting temperatures after dark, the unbeatable noise of classic rally cars cutting through the black of the forest stages. The first run through Dyfnant saw many corners entombed in ice, and it would take a good number of cars to cut a groove through to the grippier surface below. This would catch out a number of runners, and almost from the off the day suffered delays as incidents took place.

The highest profile of these occurred on the first run through Dovey, as runaway leader Jason Pritchard and his co-driver Phil Clarke rolled the Escort RS1800, that up until now had carried them safely to the top of the leaderboard. Sadly, for the both of them the damage was terminal, and their rally campaign was in tatters on the side of the road. 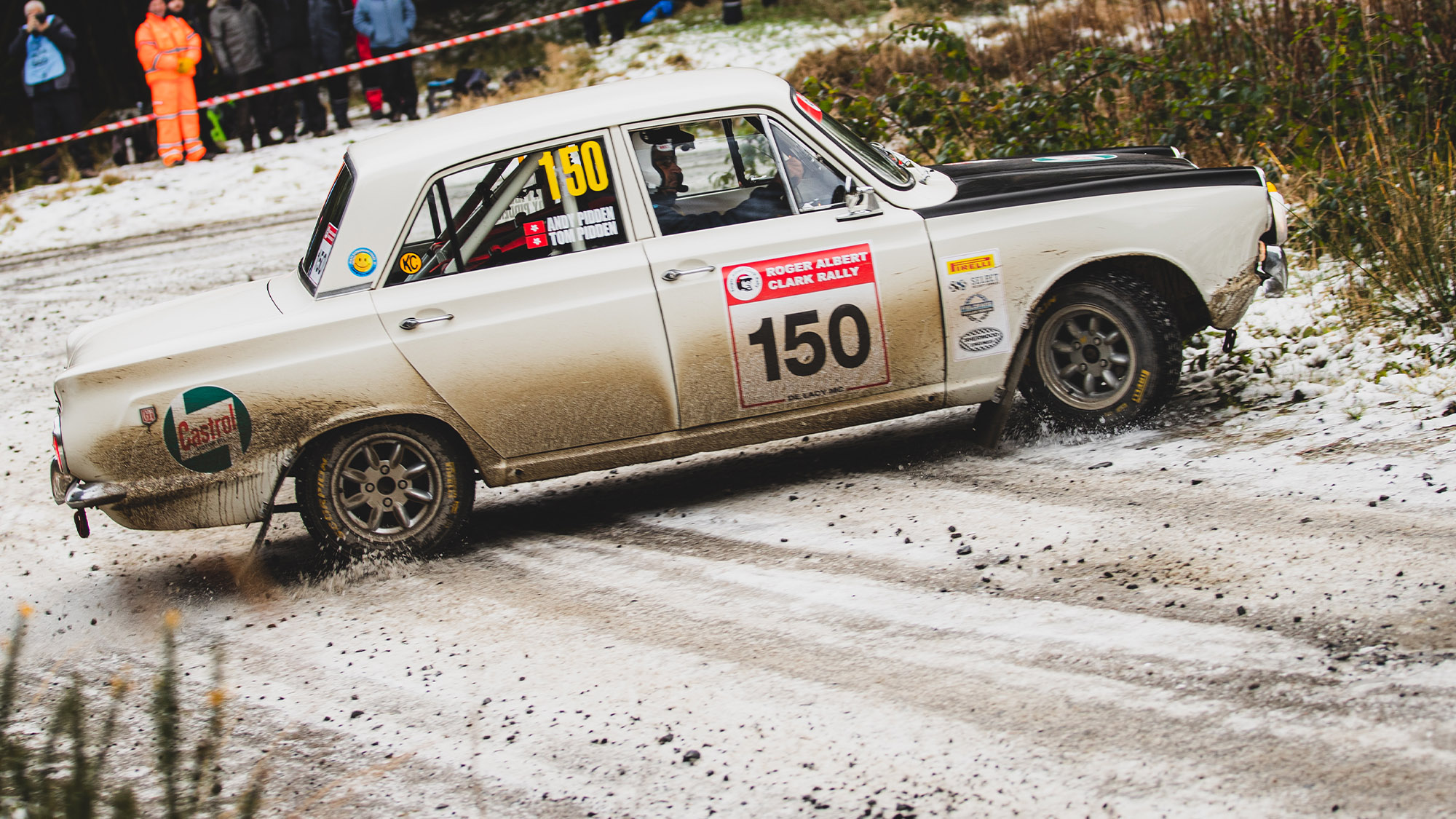 This promoted Paul Barrett and Gordon Noble to the top of the charts, with a lead of almost two minutes over closest rivals Osian Pryce and Noel O’Sullivan, rewarding the pair’s consistency that has been in evidence since day one of the event. They must be wary of the challenge from behind though, as Pryce was on a charge, winning every stage and whilst time is running out for an assault on the lead, if this rally has proven nothing else it is that anything can happen. 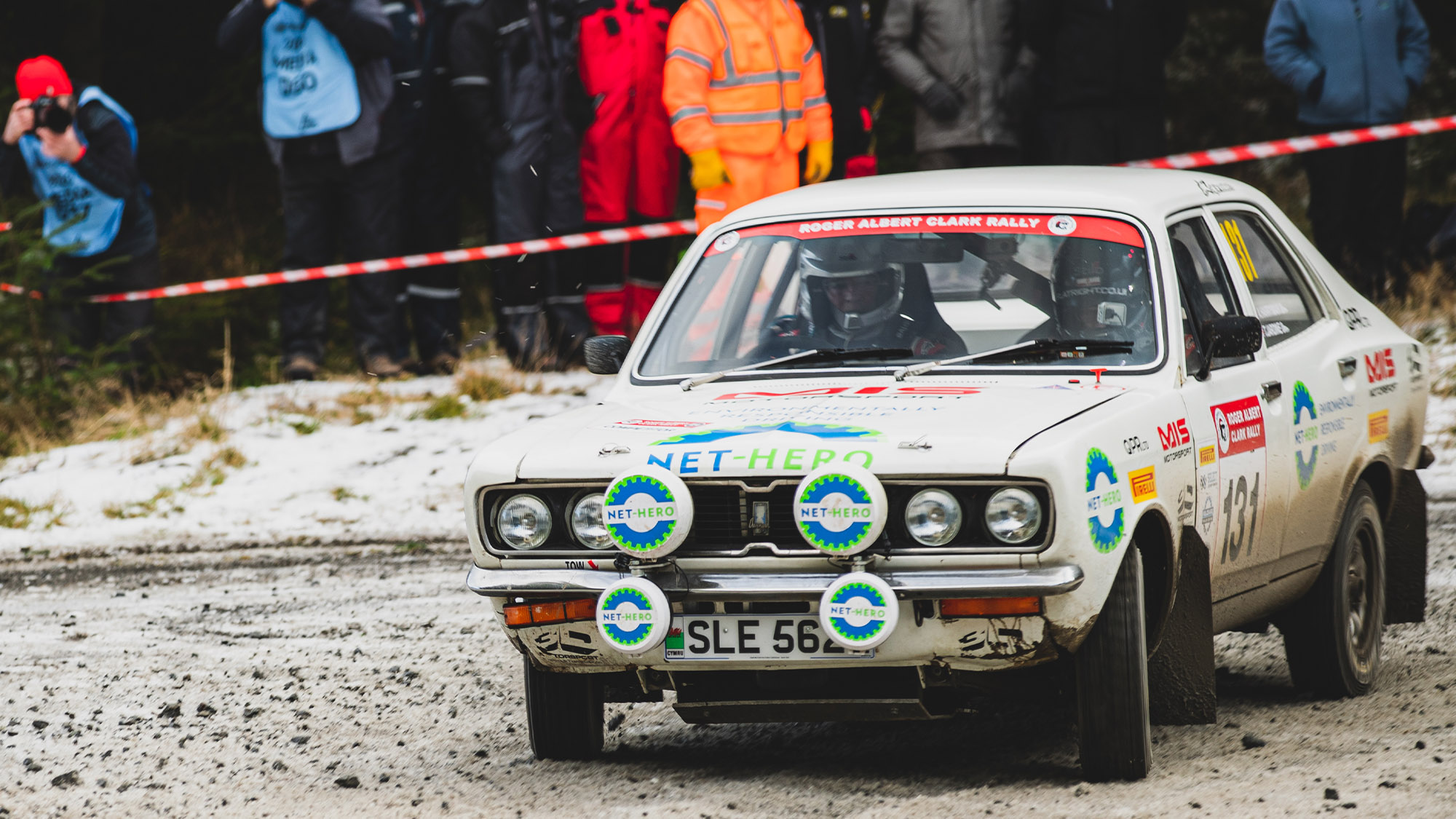 Jardine and Harryman's NET-HERO Avenger was back after crash repairs 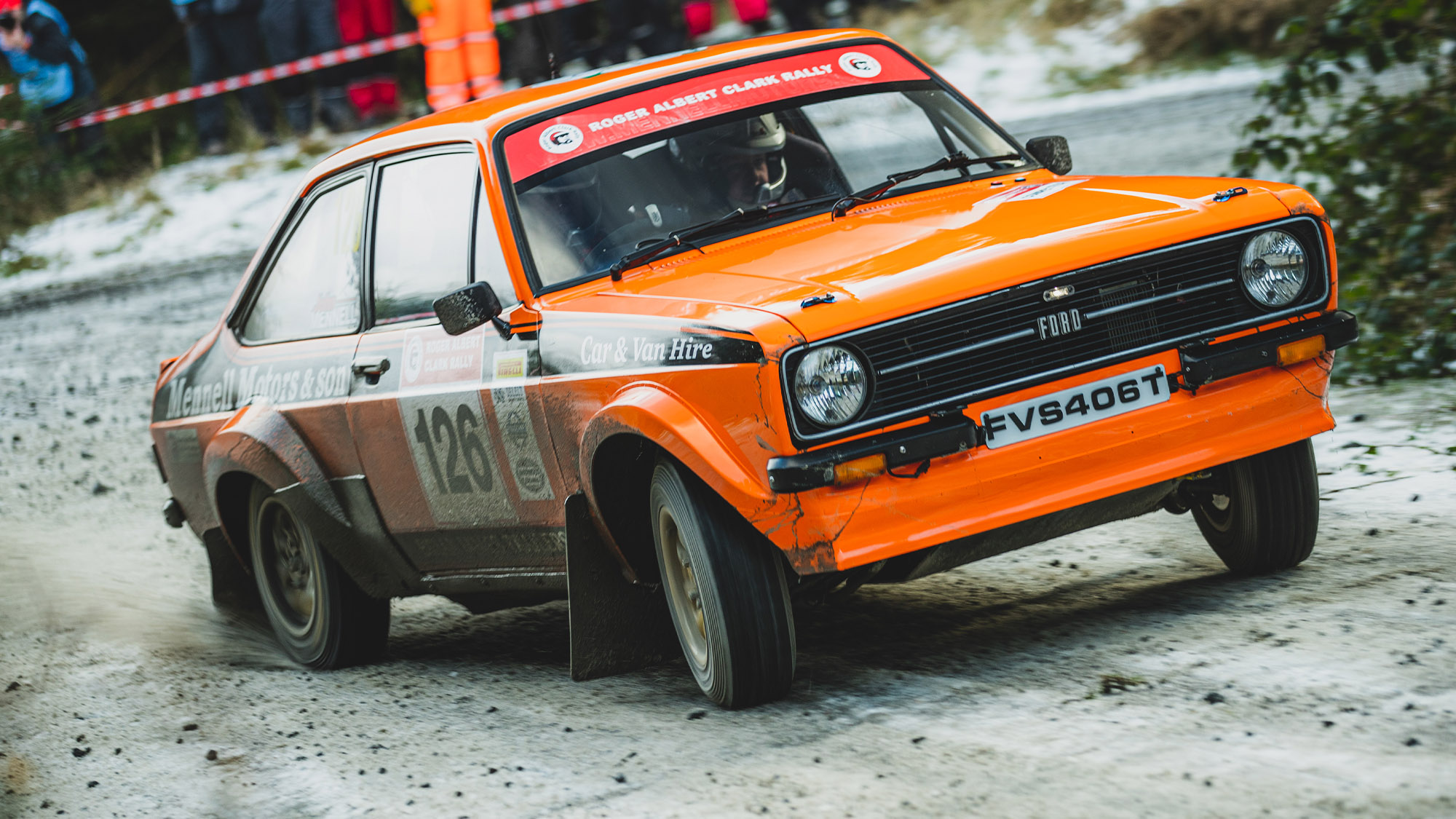 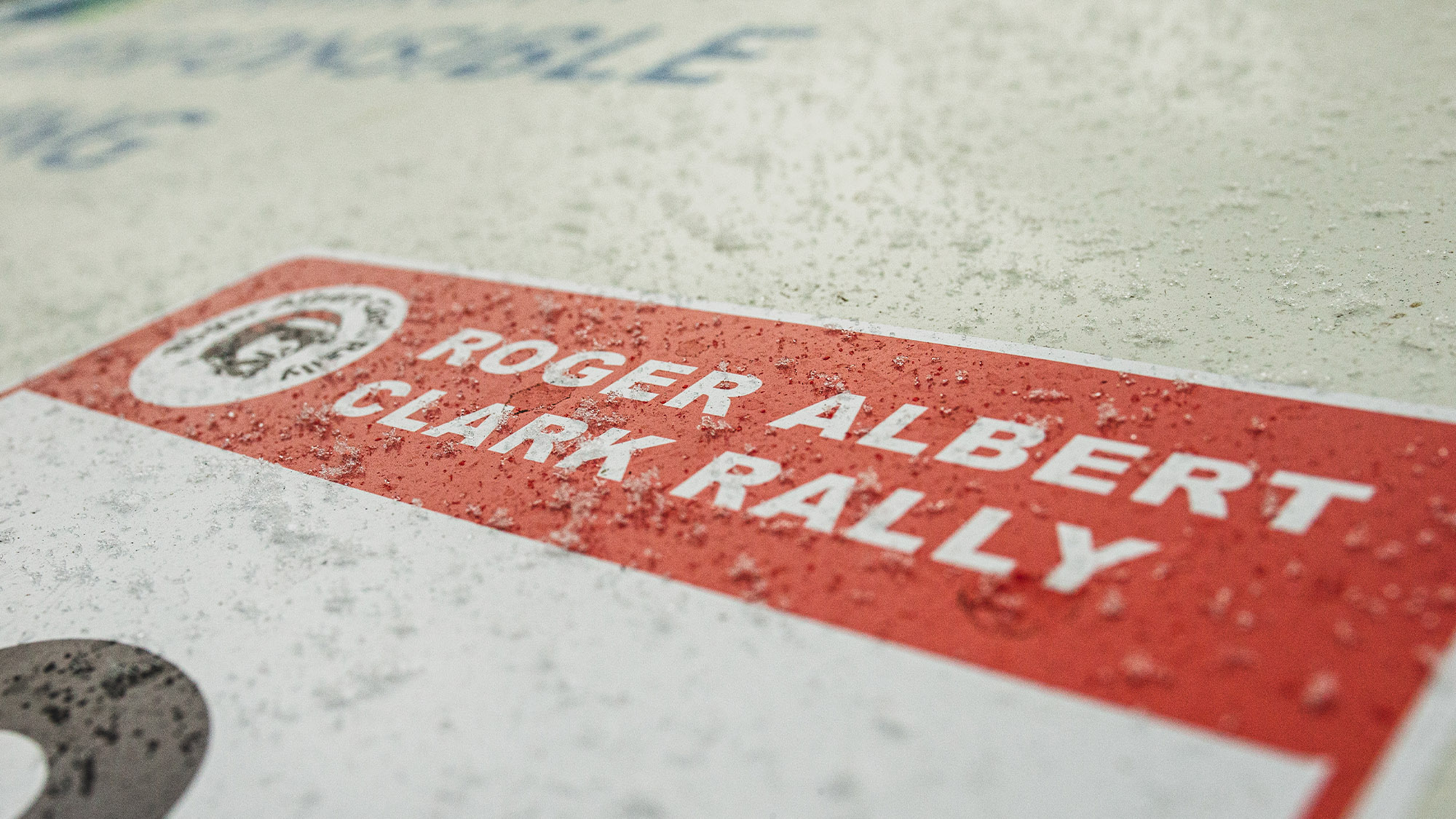 Further back in the order, Team NET-HERO were also back in the chase, after the mechanics had worked miracles on Saturday, making the most of the extra time afforded to them to repair the car after Friday’s crash. The entire braking system had been replaced, after the crash post-mortem had suggested that this may have had a part to play, and the team had worked another long day to ensure that the NET-HERO emblazoned Avenger was ready to take its place on Sunday afternoon.

Aside from a couple of tiny battle scars the casual onlooker would never have known the car had been in a shunt, as Tony Jardine and Allan Harryman looked forward to a day on the stages as the rally resumed in Welshpool. 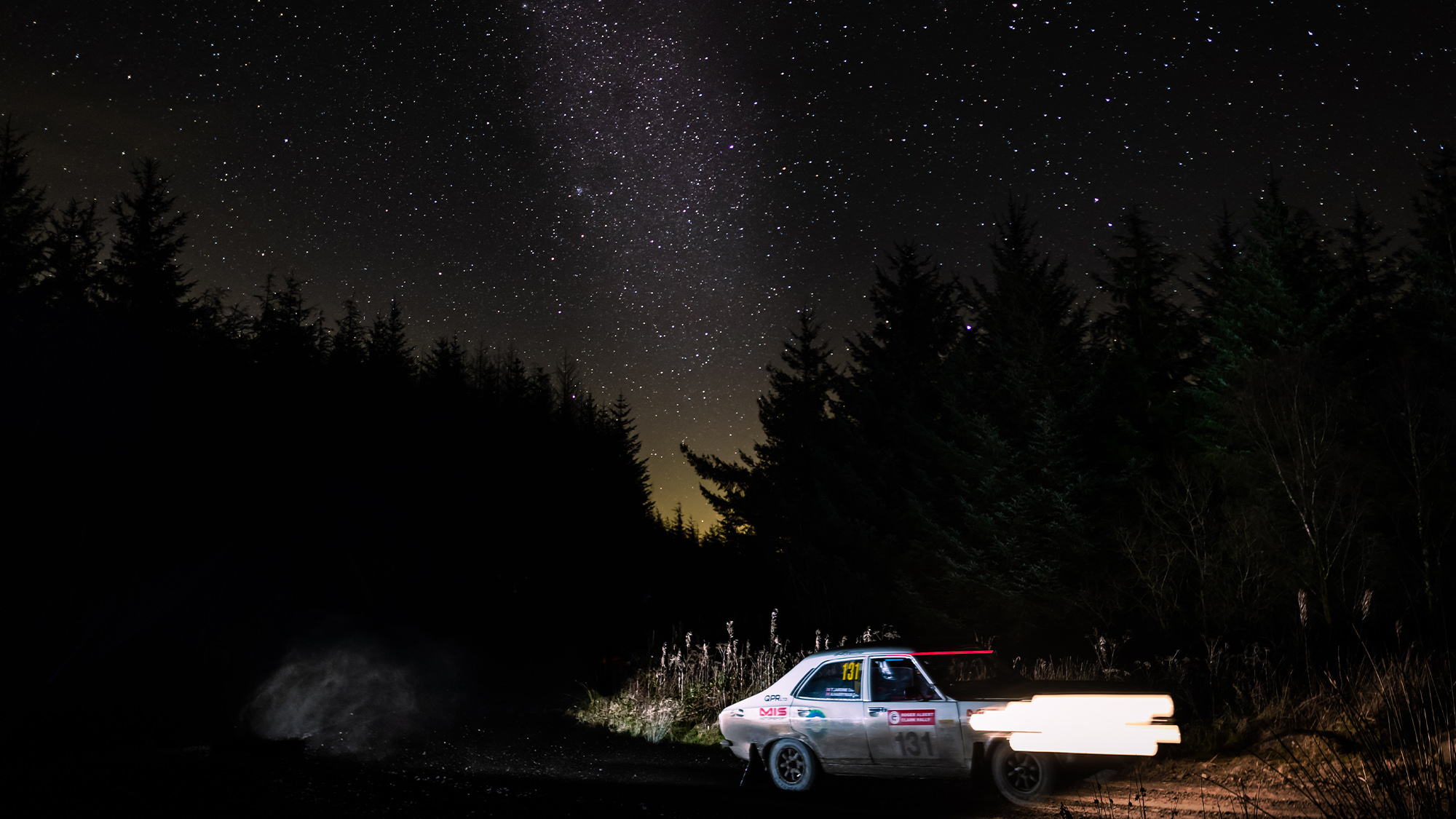 Jardine powers into the night

After taking the first stage in Dyfnant easy to get a feel for the rebuilt car, the other three stages that took place offered glimpses of what might have been, as the reinvigorated pair set excellent times that were good enough for top two in their class and in the top third of the field overall.

Sadly, with the penalties already incurred it’s unlikely that the duo will improve their class position or overall position too much as the rally enters its final day tomorrow, but the whole team can be justifiably proud of the effort to get back into the rally and continue to communicate the NET-HERO message.

The last day of action will commence in south-west Wales tomorrow morning, with five stages left to sort out the finishing order, before the ceremonial finish in Carmarthen.