A new-look Race Retro launched on Friday at Stoneleigh Park just outside Coventry, for the first time powered by Motor Sport. More cars, more stars, was the order of the weekend. 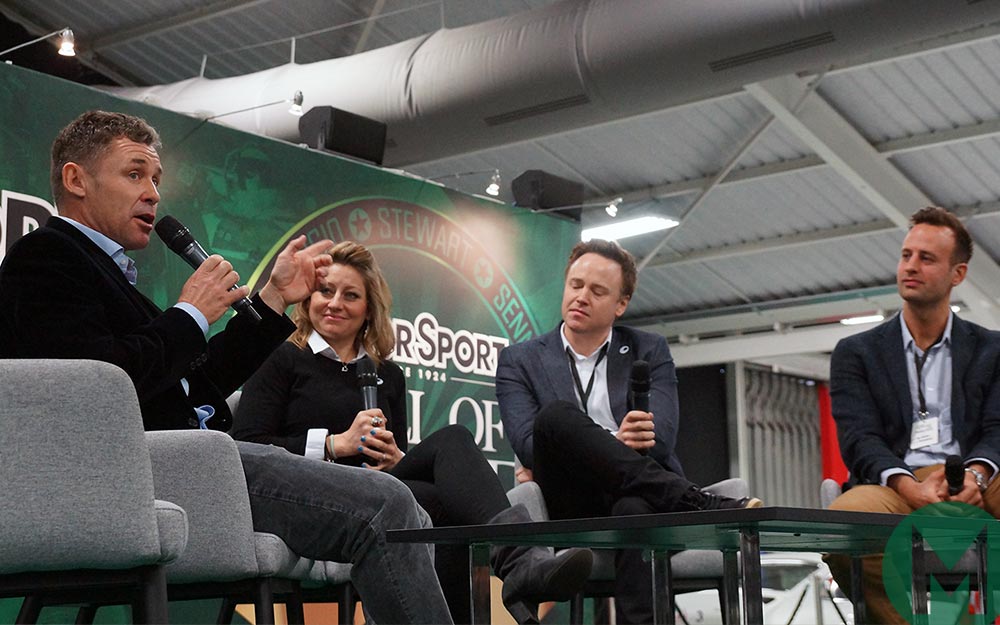 It was standing room only when rally legend Ari Vatanen took to the stage during Saturday, dressed in his Peugeot overalls and in view of his iconic T16. Fans were littered almost everywhere just to get a view of the Finn. His passage to the autograph desk on the Motor Sport stand was then blocked by (over)eager signature-hunters, clamouring for him to sign their crash helmets. It was no different for ‘Fast’ Freddie Spencer or nine-time Le Mans winner Tom Kristensen.

The benefit for the fans waiting in line so close to the Hall of Fame Live stage was the constant stream of guests, from Norman Dewis to the up-and-coming youngsters of historic racing ‘Teenage Kicks’, from Barrie Williams to Clive Chapman.

The backdrop of assembled cars was no less impressive. Cosworth’s DFV was celebrated by Keke Rosberg’s immaculate FW08, James Hunt’s famed M23 and even the one-off, unraced four-wheel-drive Cosworth concept.

Kristensen, complete with his original Bentley overalls, was reunited with his Le Mans-winning Speed 8 from 2003, sat side-by-side with the GT3 now pedaled by his then team-mate Guy Smith. Just behind that was another car from the career of his Le Mans-winning team-mates, Frank Biela’s BTCC Audi A4 Quattro. “You can really feel the passion and knowledge here unlike at other shows,” the Dane said backstage having signed countless photos, memorabilia and even road signs. 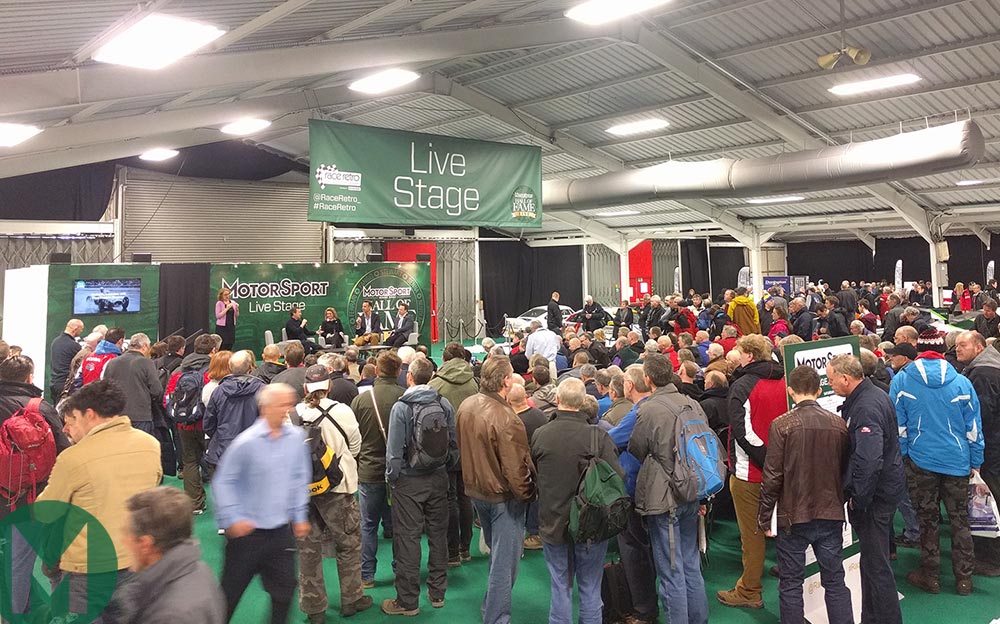 During the question and answer session on Saturday, he was asked which car from his career is his favourite – a question he’s no doubt had many times, but at Race Retro he was able to point through the vast crowd to his pick. “It’s like choosing your favourite child, but the Bentley Speed 8 was for me the most elegant car, it was beautiful. But on the limit it would bite you a lot, it was a mutual respect. The proportions, the design, from my point of view it is the most beautiful car ever made.

“I’ll never forget when Dindo Capello and I landed in Manchester, we were shovelled into a Bentley Arnage to go meet our team-mate Guy Smith, and Mark Blundell, David Brabham and Johnny Herbert at the Crewe factory. It was incredibly good on slow corners, the braking into them, but at high speed on the narrow tyres it was a bit unstable to say the least. You had to be pretty smooth. Its Achilles heel was getting the tyres consistent. We had to beat the Audis with wider tyres, they had the durability, so that was the main focus. Then it was keeping it balanced in the tyre window. But I love the car, the paint scheme – I’m proud to have driven with the guys from Crewe.” 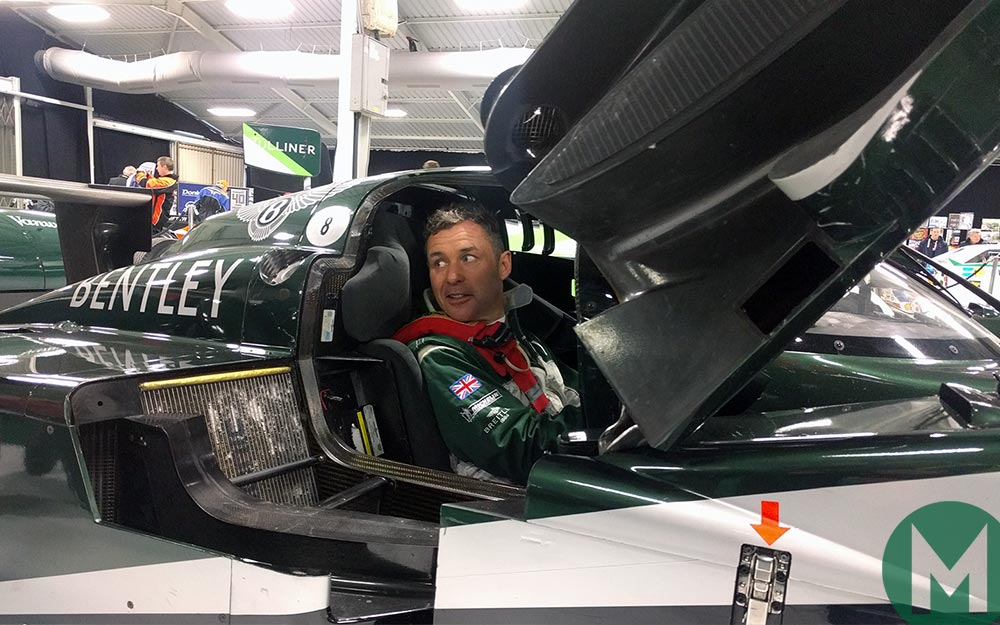 The Speed 8 shared a display with Britain’s first ever Grand Prix winner, the Vanwall shared by the ill Tony Brooks and the recovering Stirling Moss at Aintree in 1957, which along with a Lotus 49B and six-wheel Tyrrell grabbed much of the attention. They were all outdone, though, by the Lotus 33 of Jim Clark. A special car in special restored condition; it was sat in a wonderfully composed minimalist display featuring nothing more than two cardboard boxes full of parts. It also helped launch the Jim Clark Museum appeal, which is already gaining momentum.

The hardy rally fans that are used to braving the Welsh Forests in November were not put off by the remnants of Storm Doris, lining the twisty rally loop in the gales. The rally stage was bustling, with cars of all shapes, sizes and power sliding their way around.

Race Retro is very much an historic motor show for historic motoring fans. There’s no pomp or circumstance, just genuine enthusiasts among fellow enthusiasts. And they’ll do it all again next year on February 23-25. 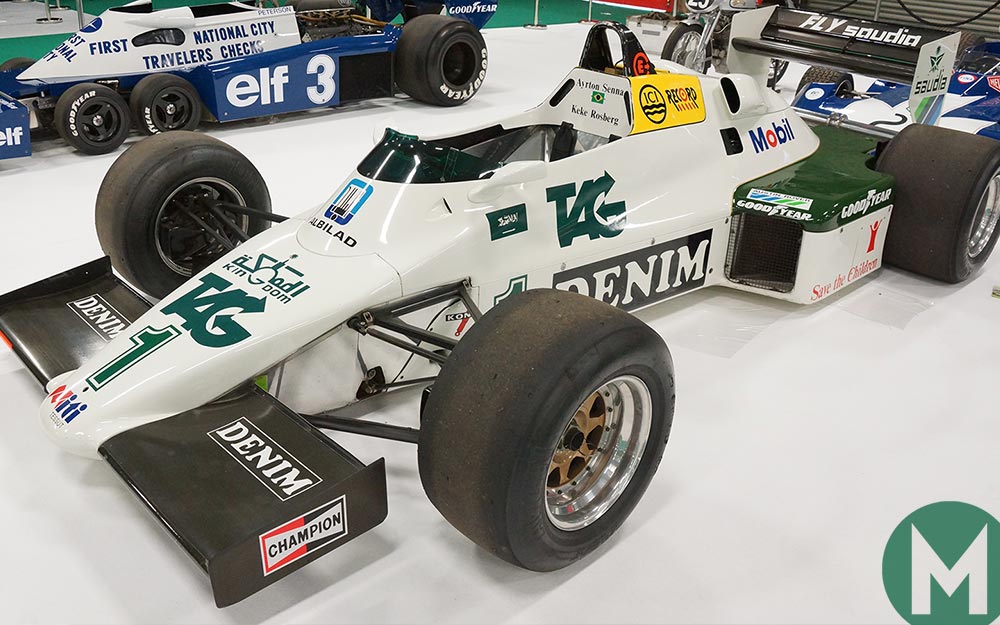