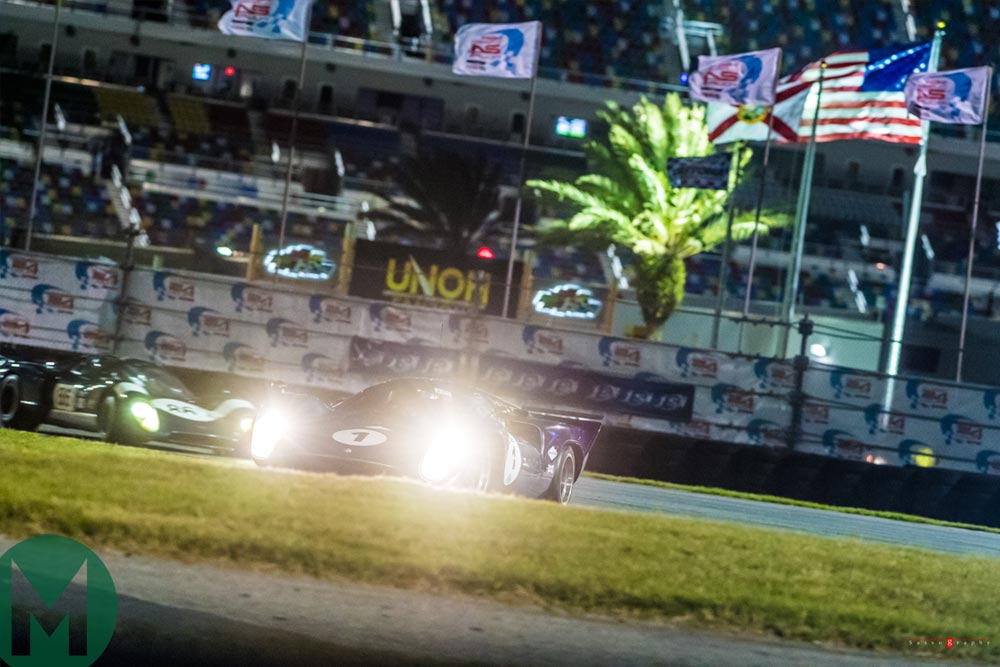 Daytona. One of the all-time great circuits, and home of NASCAR’s biggest race.

In recent years Daytona has also played host to one of historic racing’s biggest and most enjoyable meetings: the Classic 24 at Daytona. Organised by US race promoter HSR, the Classic 24 is run along much the same lines as Peter Auto’s Le Mans Classic, with six grids contesting four races each spread across a 24-hour period from Saturday to Sunday afternoon.

It’s a meeting I’ve wanted to do since it began, but it wasn’t until this year that the planets aligned. And in some style, it has to be said, as I bagged a drive with Iconic Racing in a Broadley T76 (a perfect recreation of the Lola T70 Mk3B, endorsed by the late Eric Broadley and built to original blueprints by former Lola employees) dressed in Penske-Donohue’s 1969 Daytona 24-winning Sunoco colours. As if that wasn’t enough, I also shared Iconic Racing’s works Corvette C7R that took GTLM class victory in the 2015 Daytona Rolex 24.

Yes, the ‘Vette is a very modern car to take part in a historic race meeting, but it’s part of the beauty of the Classic 24 that modern icons are included. Besides, what’s not to like about seeing Daytona 24 winner Andy Wallace driving flat-out (as ever) in the fabulous Champion Racing Audi R8?

From the moment you arrive at Daytona the place overwhelms you. The size of the place is ridiculous. And then you see how steep the banking is. It’s a very intimidating place. Not least because there’s no easy way to build up to it. You can hardly go out for a slow sighting lap when others are topping 200mph, so you simply take a deep breath and go for it. 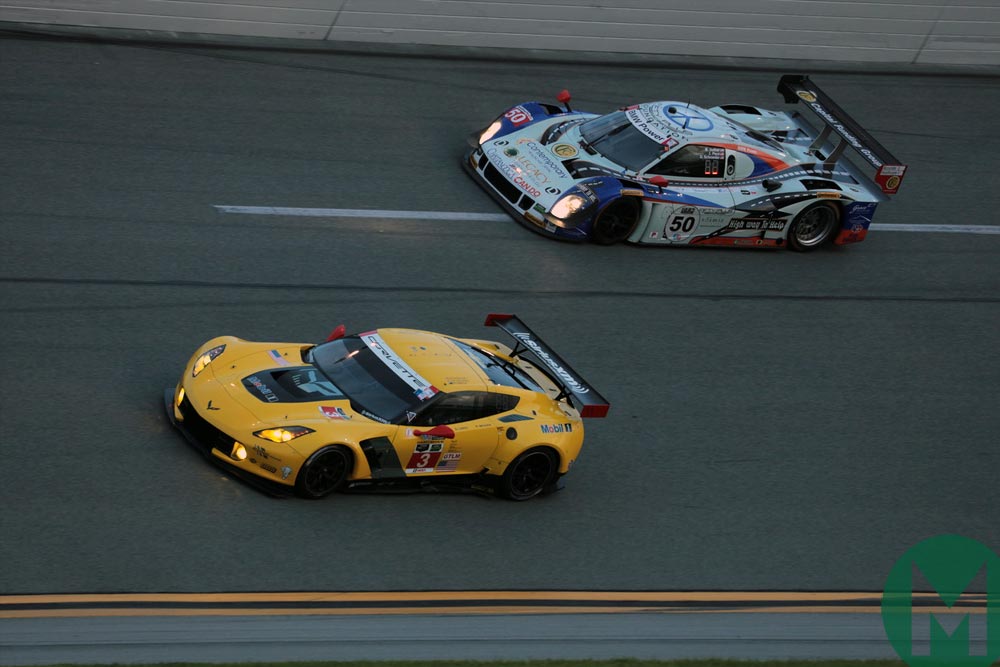 In my experience there are some circuits you click with immediately, while others take years to gel with. Much to my relief Daytona is very much in the former category, even though the first few times around the banking feel utterly disconcerting. The infield is simple, but strangely satisfying, as there’s far more to learn about it that first glance suggests.

We’ll be running a full story on racing the T70 and Corvette in the next issue of Motor Sport magazine (which in turn will appear on motorsportmagazine.com), so I won’t spill all the beans from the weekend yet. Suffice to say it was an unforgettable experience.

To give you an idea of what it’s like to fire a T70 around Daytona, take a look at the in-car footage from my qualifying lap. It’s a bit rough around the edges, but the wobbly camera and deafening noise captures the exquisite violence of hurtling around this incredible track in pursuit of pole position. My ears haven’t stopped ringing yet, but I can’t wait to go back.