After the dominance of its pre-war cars, Mercedes returned to Grand Prix racing in 1954 and… dominated again.

The new W196 brought Juan Manuel Fangio his third Formula 1 title (along with the Maserati 250F he drove in the first two races of the years).

In a tale familiar to the current hybrid era, the car’s innovation, pace and reliability made it virtually unbeatable.

The German revival would last but two years, as Mercedes pulled out of racing after the 1955 season and Pierre Levegh’s tragic Le Mans crash.

Peter Higham tells the story of Mercedes’ 1954 return in an extract below, taken from his Formula 1 Car by Car 1950-59 book. 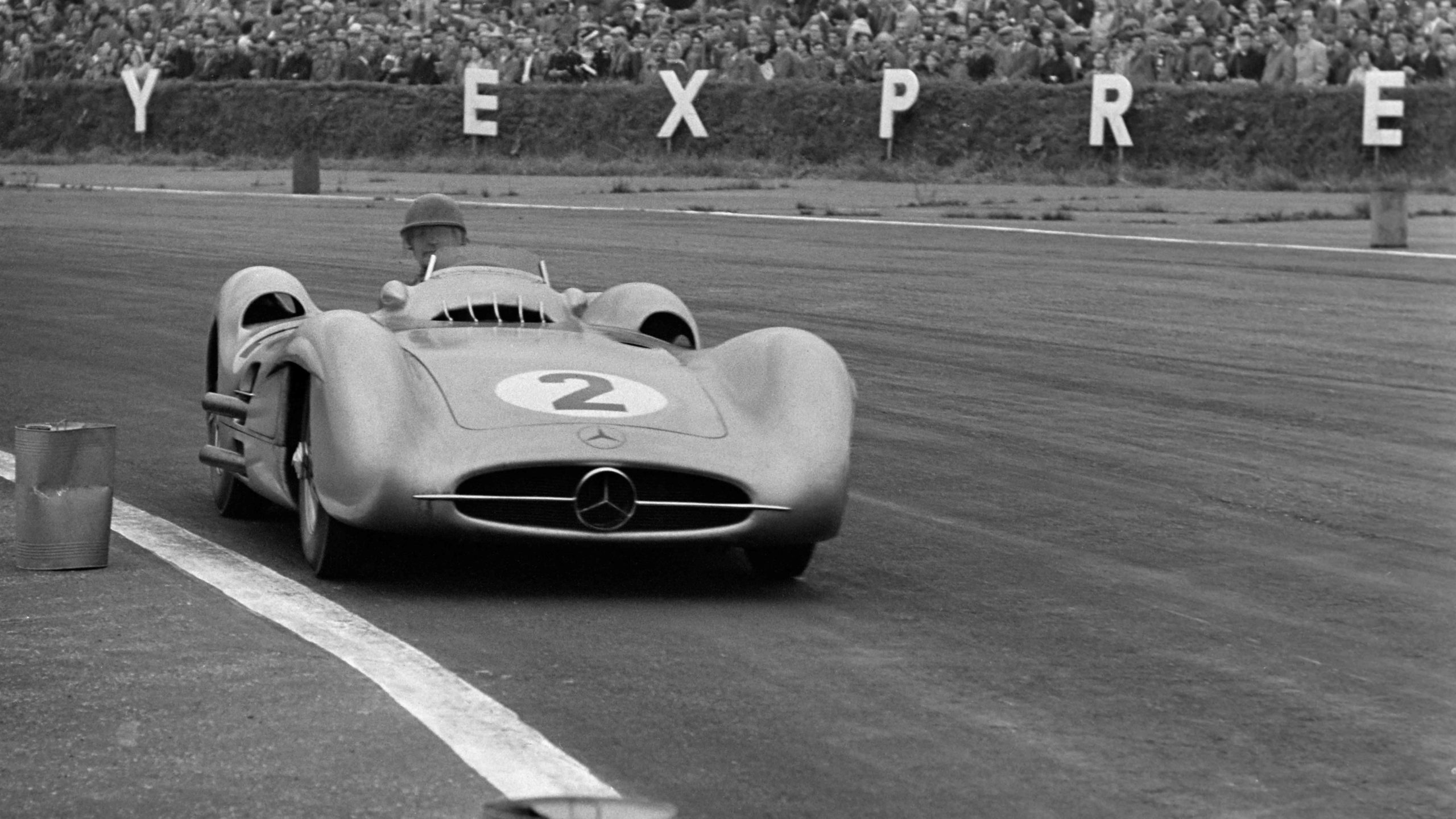 The Mercedes (Daimler) and Benz marques amalgamated in 1926 and the Untertürkheim-based concern was pre-eminent in GP racing from 1934 to the outbreak of war in 1939. Mercedes-Benz made a tentative return to racing in the Argentine Temporada at the start of 1951 but a planned entry for the Italian GP did not happen. Driving 300SL sports cars the following year, Hermann Lang and Fritz Riess led a Mercedes 1–2 in the Le Mans 24 Hours and Karl Kling won the Carrera Panamericana.

The board of directors approved a new F1 car for 1954 and Lang, Kling and Riess accompanied legendary team manager Alfred Neubauer on a visit to the 1953 Italian GP as the company prepared for its much-anticipated return. Talented engineer Rudolf Uhlenhaut also remained from the pre-war ‘Silver Arrows’ racing department. Technical director Hans Scherenberg co-ordinated chief designers Ludwig Kraus (chassis) and Hans Gassmann (engines) in creating the Mercedes-Benz W196, which caused a stir when images were released in February due to its fully enclosed streamlined bodywork. The twin-overhead cam 2,496cc straight-eight engine had two plugs per cylinder, desmodromic valves and Bosch direct fuel injection, although Weber carburettors were also tried. The engine was mounted in the spaceframe chassis at an angle of 37 degrees, offset to the right to minimise frontal area, with the crankshaft to the left, and it drove through a five-speed synchromesh gearbox. Fuel tanks were between the wheels while suspension was by wishbones and torsion bars at the front with an old-fashioned swing axle at the rear. Large drum brakes were mounted inboard.

An all-German driver line-up was originally envisaged with Kling, Lang and 26-year-old Hans Herrmann all engaged. Juan Manuel Fangio, who ran a Mercedes agency in Argentina but seemed committed to Maserati, was announced as team leader in March. The prototype was tested at Monza in October 1953 but the programme was interrupted when Herrmann crashed at Hockenheim on 12 May 1954 when an oil pipe split. That part of the old circuit skirted the town and Herrmann, whose legs and feet were burned, narrowly missed a couple of young girls on bicycles.

Tests continued at Reims on 15–16 June and three race cars plus a spare were unloaded in the French GP paddock as planned at the start of July. Fangio and Kling qualified 1–2 with the championship leader receiving 50 bottles of champagne for topping 200kph around the reconfigured track. They lapped the field as the Italian cars imploded, Fangio winning by a tenth of a second in a formation finish. Only seventh on the grid, Herrmann had climbed into third when his engine failed in a cloud of smoke. 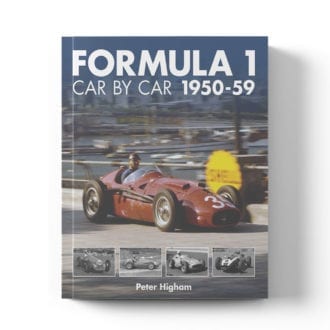 The British GP at Silverstone was in complete contrast and Neubauer’s expression was, according to Autosport, ‘as sombre as the weather’. Mercedes only entered two cars and Kling struggled on this track’s tighter confines, especially when it rained. Fangio qualified on pole but even he had problems positioning his car, which finished with heavy dents on either side after hitting the marker drums. Second for much of the race, he slipped to fourth at the chequered flag having lost third gear. Kling finished seventh after spinning at Copse Corner.

The introduction of open-wheel bodywork for slower circuits was accelerated and Uhlenhaut tested the revised W196 in the week before the German GP. Three such cars were entered for Fangio, Kling (who started last after missing practice) and Lang while Herrmann retained a streamliner. Fangio took the lead on the opening lap and soon headed Lang, the light-fuelled Kling and Herrmann in a silver 1–2–3–5. But Lang spun and stalled at Flugplatz, Herrmann’s fuel pipe sheared and Kling, who led for a couple of laps, dropped to fourth following an unscheduled second pitstop to fix a broken suspension mount. When the Mercedes pit was invaded by officials, photographers and marshals during that stop, an irate Neubauer, brandishing his signal flag, chased them away. 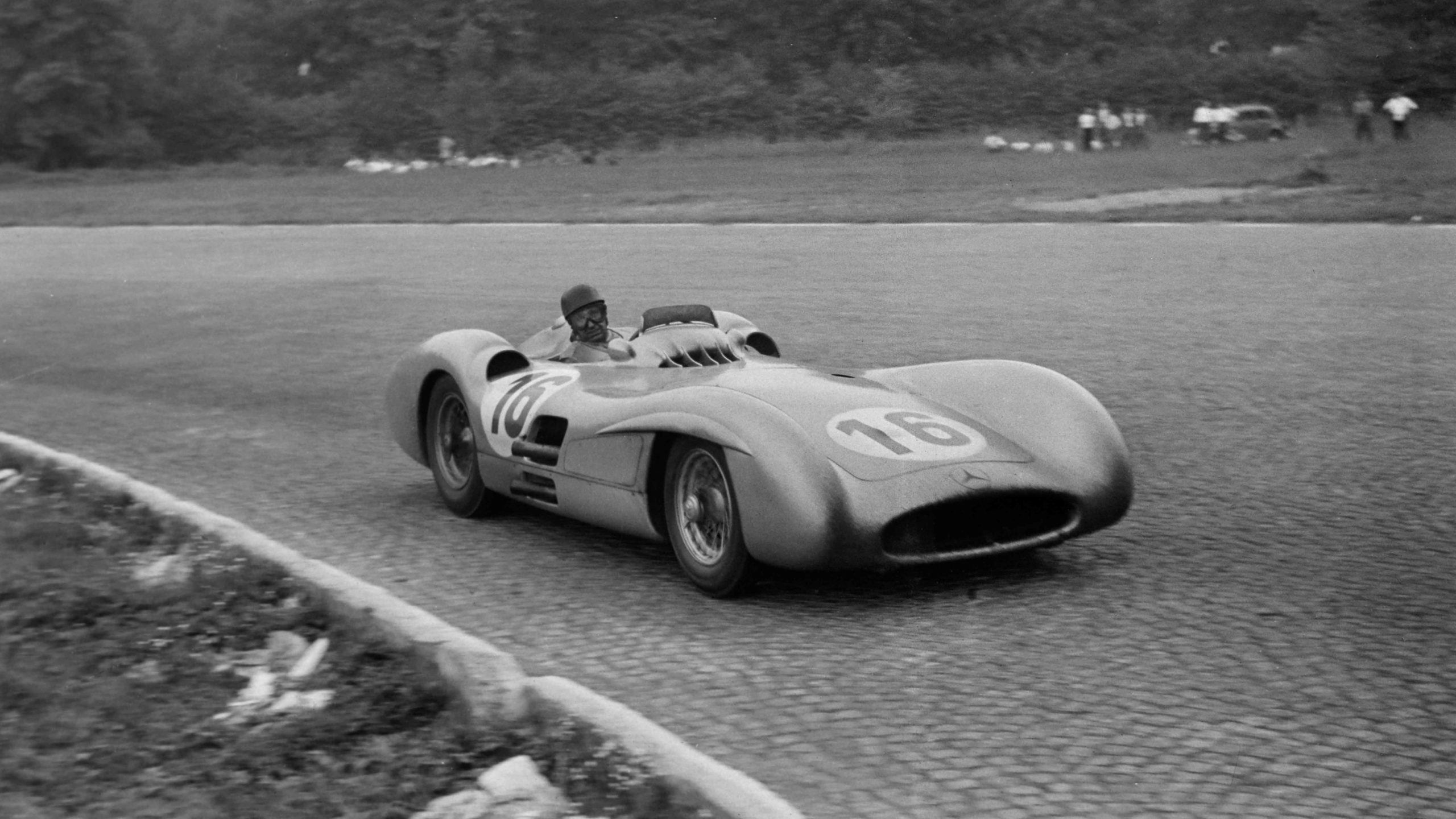 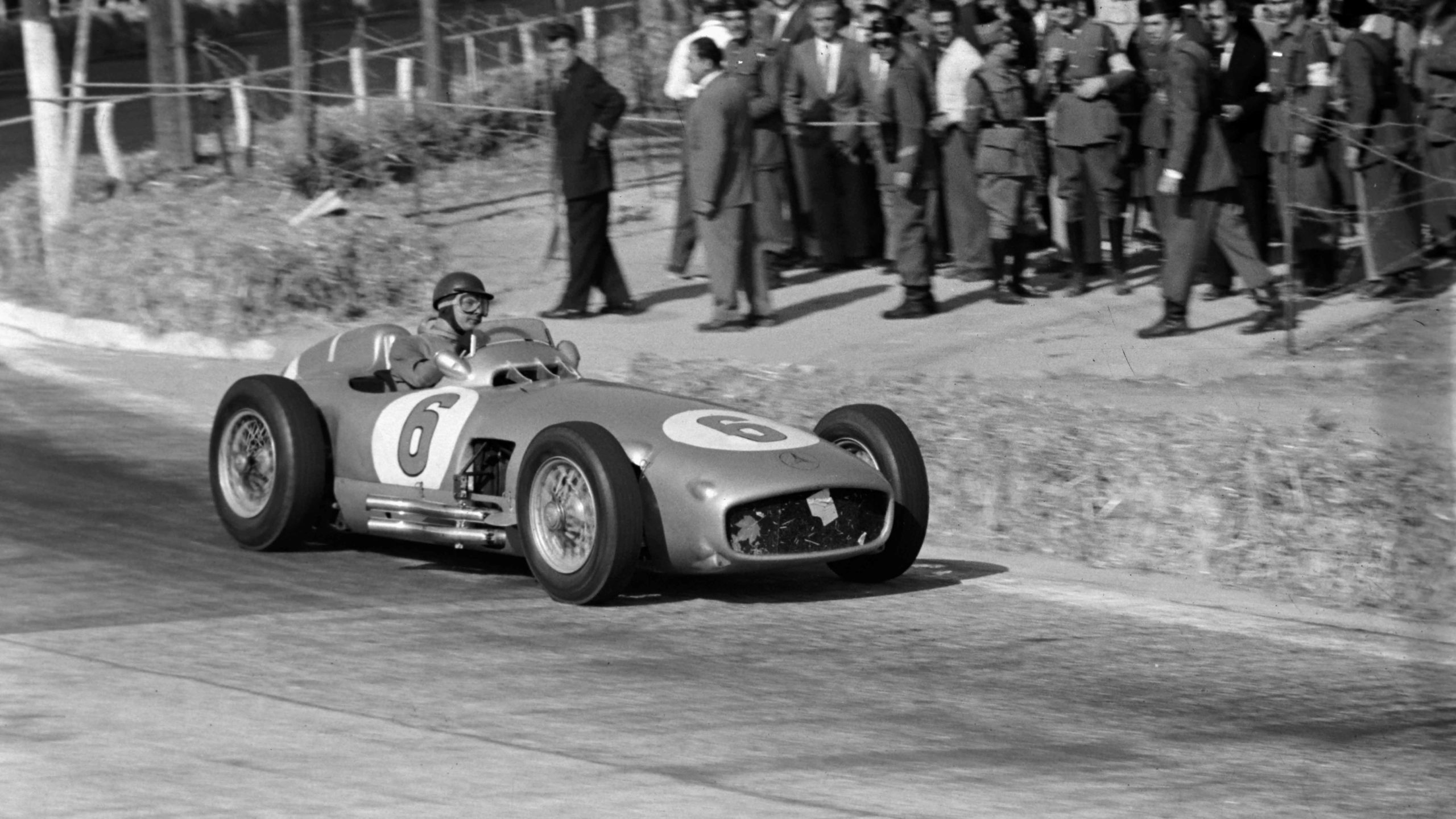 On a drying track, Fangio led the Swiss GP from start to finish to clinch his second world title with Herrmann third despite smoke bellowing with every gearchange. Kling recovered from a spin to run third before his engine’s fuel injection gave trouble. All three cars were open-wheeled in Switzerland but Fangio and Kling had streamliners for Monza. Fangio scored a lucky victory when Stirling Moss’s Maserati failed with 10 laps to go. Having jumped the start and led, Kling survived a high-speed excursion at Curva Grande only to crash when his suspension failed at Lesmo. Herrmann drove an open-wheeler into fourth after losing a lap changing plugs, which were very inaccessible on the W196.

During 1954 Mercedes only attended one non-championship race, the Berlin GP at Avus, where Kling led Fangio and Herrmann in a streamlined 1–2–3. Fangio chose the open-wheel configuration during practice for the Spanish GP and finished third despite oil spraying from his engine during the closing stages. Kling was lapped in fifth while Herrmann’s fuel injection packed up. As well as his four Mercedes victories, Fangio won two GPs for Maserati and became the only driver to have won the World Championship title driving for two different marques. 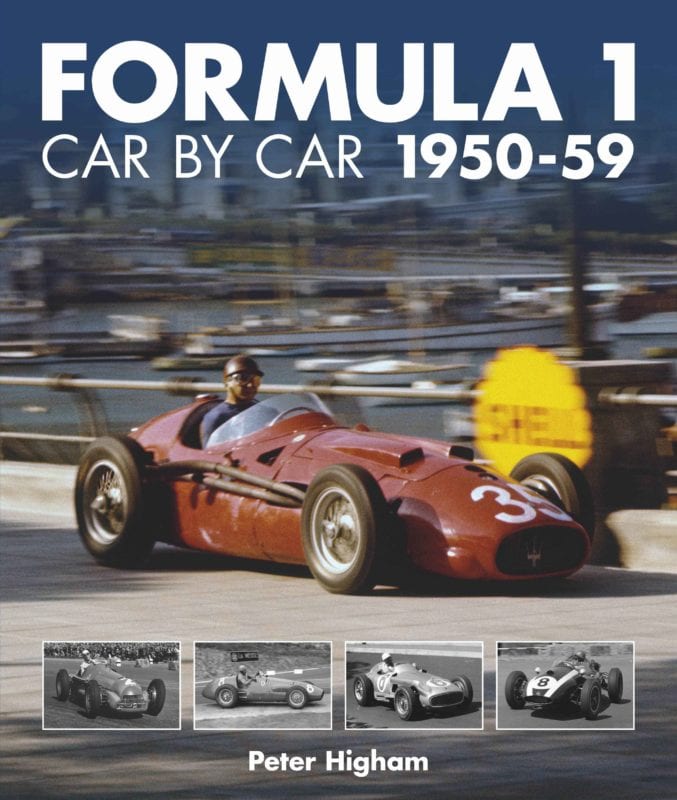