The Mercedes 300 SLR steered by Stirling Moss to victory in the 1955 Mille Miglia has been permanently retired after its appearance at the Goodwood Revival this weekend.

The No722 Silver Arrows made its final planned track appearance at Goodwood, with Moss’s widow, Lady Susie in the passenger seat, heading a parade of cars raced by the all-round racing hero.

Before returning to the Mercedes-Benz Museum in Stuttgart, the car made a final stop in London, at Moss’s Mayfair house, where the glass balcony panels are etched with an image of the legendary machine. 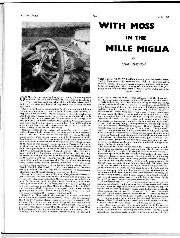 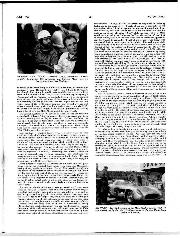 With Moss in the Mille Miglia

Mercedes says that the car will now remain on static display. Its retirement coincides with that of Gert Straub, an engineer and project co-ordinator at the Mercedes-Benz Classic Centre, who has been looking after the car, amongst others, for 25 years.

Moss sealed his and the car’s legend with the record-breaking 1955 win, documented in engrossing detail by co-driver Denis Jenkinson, Motor Sport’s continental correspondent.

Often touted as the most valuable car in the world, the 300 SLR has remained in the Mercedes collection and returned several times to the site of its famous victory, including in 1991, when Moss took part in the modern Mille Miglia classic rally.

Moss and Jenks renewed their partnership in the car at the 1995 Festival of Speed; one of Moss’s many contemporary appearances at Goodwood.

The pair first saw the car a week before the 1955 race, when they shook the 3-litre, straight eight-engined racer down and requested final adjustments.

“Several laps of the fast Hockenheim circuit convinced us that we had a truly magnificent 3-litre sports car under us, the eight-cylinder fuel-injection engine giving well over 290bhp on normal pump petrol,” wrote Jenks in Motor Sport.

“On this SLR the seats were made to measure for us, being cut-and-shut just like a tailor would make a suit, while every detail in the cockpit received our personal attention, and anything was altered to our desire without question.”

Add Moss’s driving talent, Jenkinson’s resolve, plus the race notes meticulously prepared by the pair, and the combination was unbeatable: the record time of 10 hours 7min 48sec at an average speed of 98mph, standing as a record that can never be beaten. 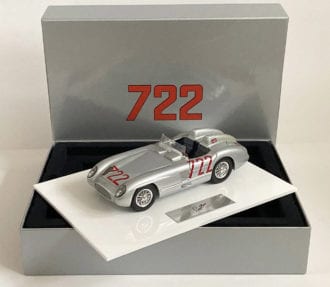