In my hands is a literal ton of jet engine. It might be on a hoist, but I’ve got enough of the strain that my arms feel wobbly and I can feel beads of sweat on my forehead.

The weight is taking its toll, but letting go isn’t an option: the engine’s worth £5million and on loan from the RAF. You don’t just ask them for a replacement.

I rest an exhausted arm for a split second, and the engine jolts slightly to the right. At the tail end this slight movement turns into a sharp swing: I’m met with a glare and hurriedly steady the jet.

Three months ago, the covered fan blades in front of my face were spinning at 3000 rpm, sucking in 64,000 litres of air each second as they powered the Bloodhound land speed record car to 628mph in South Africa.

The blades still cling to the dust of the Kalahari desert, while sand nestles in recesses: evidence of the car’s successful six-week test programme, which has put it on track to break the land speed record next year.

The remnants also show why the engine needs a thorough clean and inspection, which is why I’ve ended up in the team’s Gloucestershire workshop, to assist with the dismantling.

I’m holding not just the hopes of driver Andy Green in my hands, but those of the engineers, enthusiasts and technicians that have built and developed the car over 12 years. Plus, of course, the 36,000 supporters who have paid to have their name printed on the tail fin. 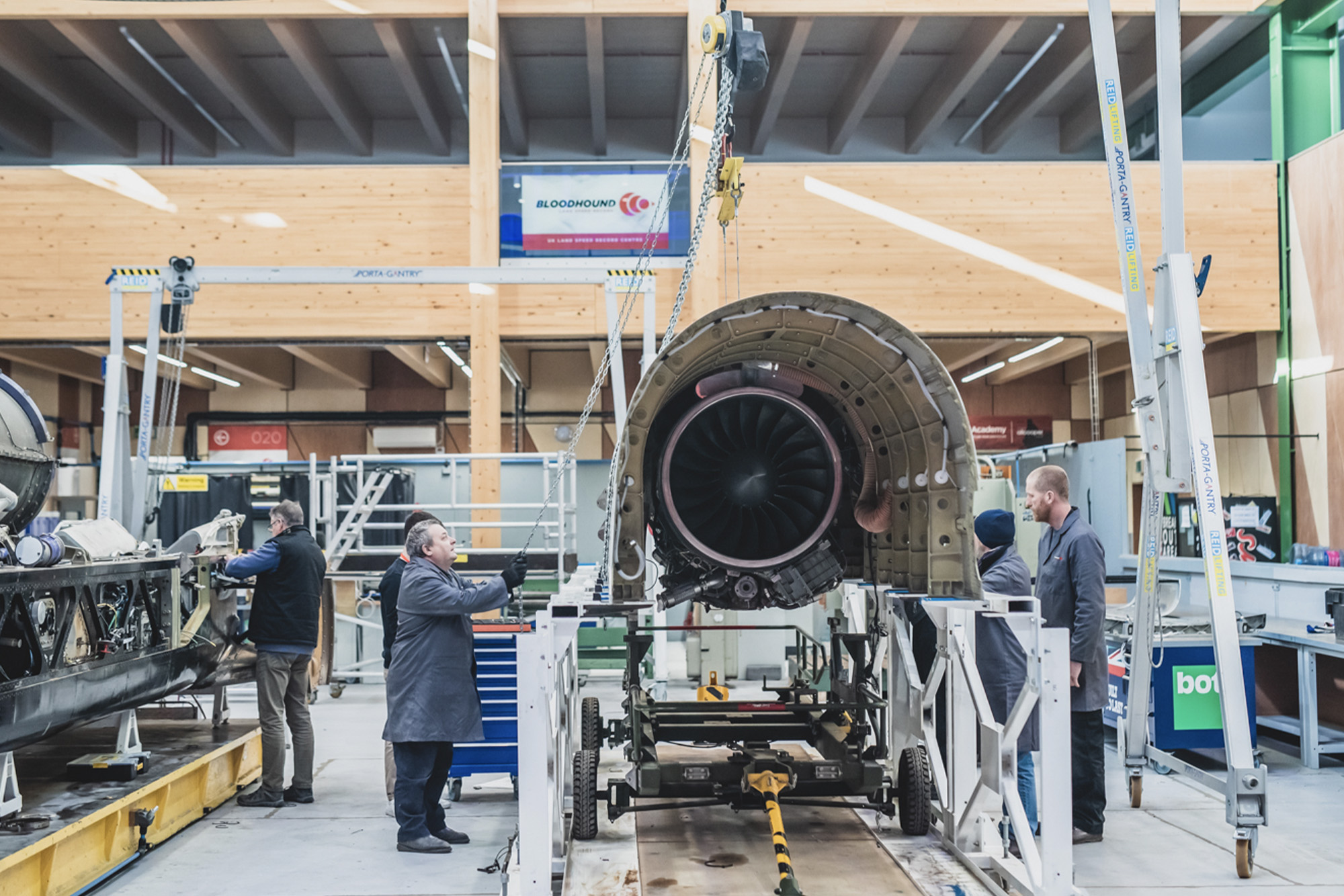 The engine awaiting removal from the car

Some may question the point of building a car to exceed 800mph — and potentially 1000mph. Many will ask whether a jet engine, rocket and four wheels even counts as a car.

But the public enthusiasm last autumn, when Bloodhound arrived in the desert for high-speed testing, and gradually built to runs that exceeded more than 600mph, proved that the land speed record can still excite.

Noble returned with Thrust SSC, this time driven by Green and powered by a pair of Phantom-specification Rolls-Royce Spey engine, which had the power to break the sound barrier in 1997, for a 763mph record.

Bloodhound uses a development EJ200 engine: a forerunner of the jets that power the Typhoon combat fighter.

Its 90kN, or 54,000bhp, of thrust is used to move Bloodhound from a standstill to around 300mph, when the car’s rocket will be ignited, taking Bloodhound to beyond 800mph and the land speed record, with the potential for a further attempt to break the 1000mph barrier. 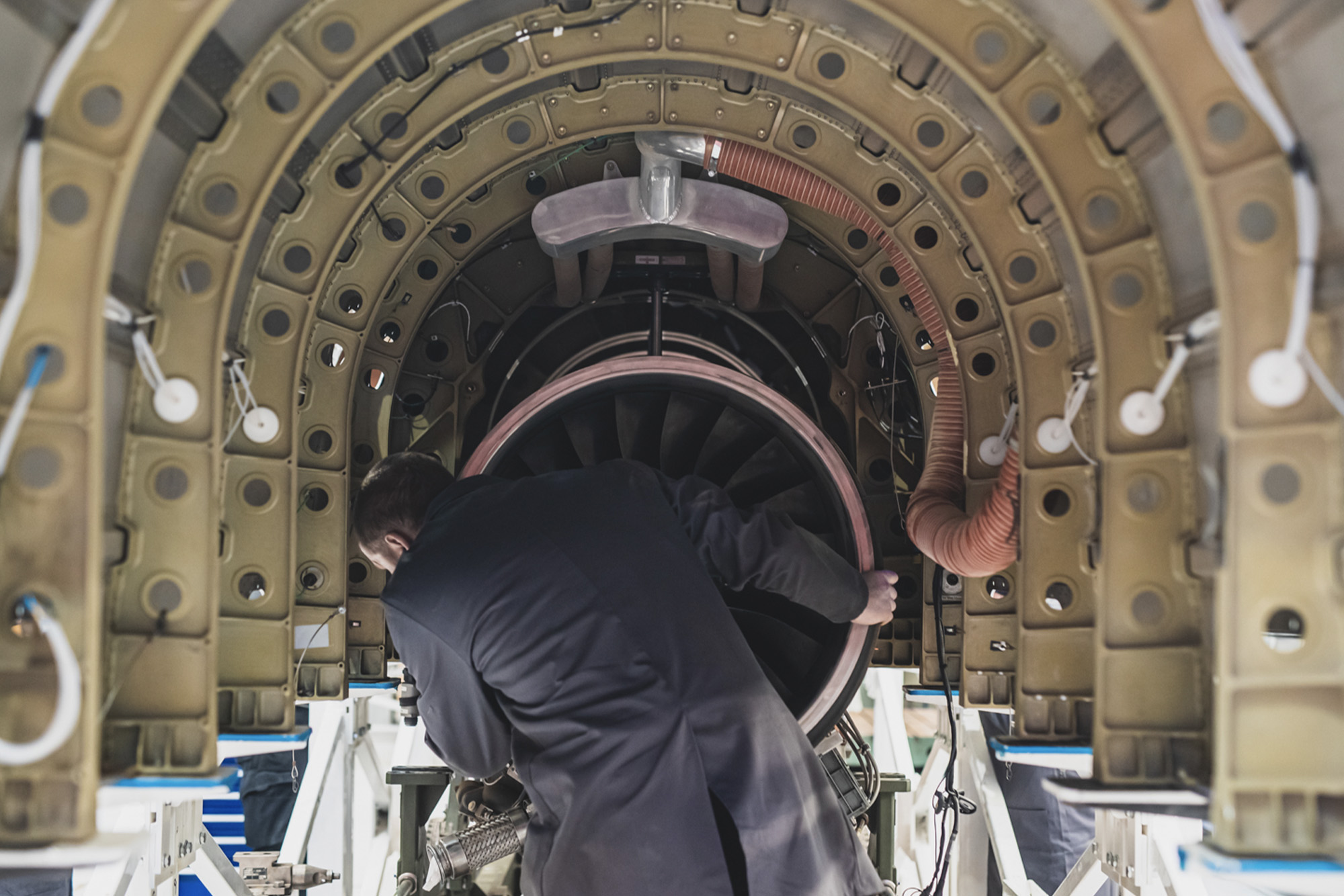 After uncoupling it from the body, the engine is lowered into a bespoke trolley

It passed its first test with flying colours, in the flat expanse of the Hakskeenpan in South Africa.

The 628mph recorded speed – using the jet engine alone – broke the team’s target and sets them on course for a land speed record attempt, with the added rocket, next year.

There was even power left in reserve, according to the project’s engineering manager Frantz Nehammer.

“The car could have gone faster on jet power alone, but we had achieved all of the objectives we had set out to in trials and it was making sure we were operating safely in terms of track limits and distance.”

There’s more work to do on the car, and sponsorship to be raised before the car returns to South Africa. But first comes the job of dismantling and cleaning it, revealing the punishing conditions that exist when travelling faster than the cruising speed of a commercial airliner.

The wing and nose tip have been removed, uncovering grit and sand from the Hakskeenpan, and there’s already rust forming, thanks to the salt blasted at the underbody.

Kevlar panels of ballistic protection line both sides of the cockpit. A Bloodhound-branded water bottle has been zip-tied to the cooling arrangement as a makeshift overflow tank – the team limited by what it had on hand in the middle of the desert. 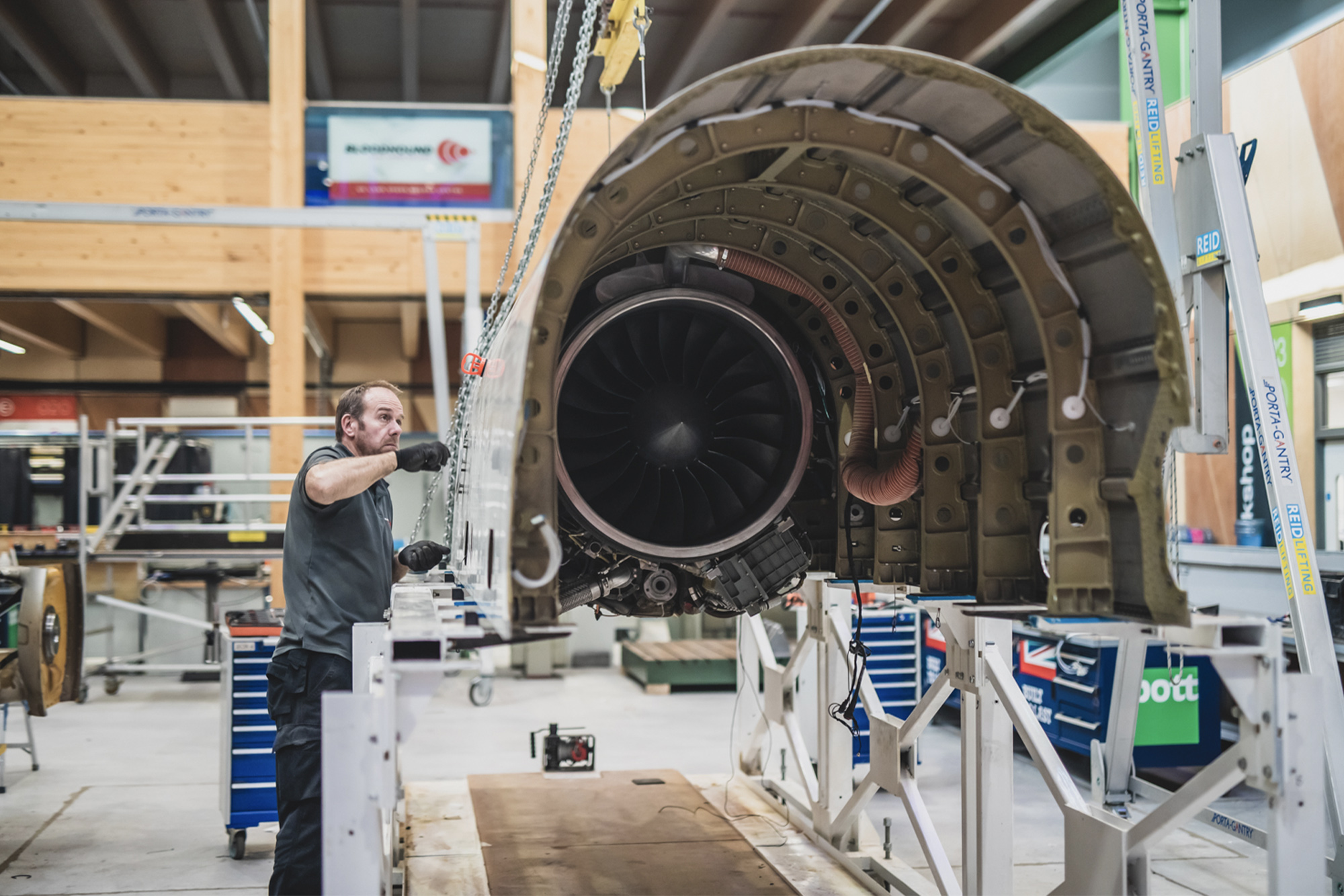 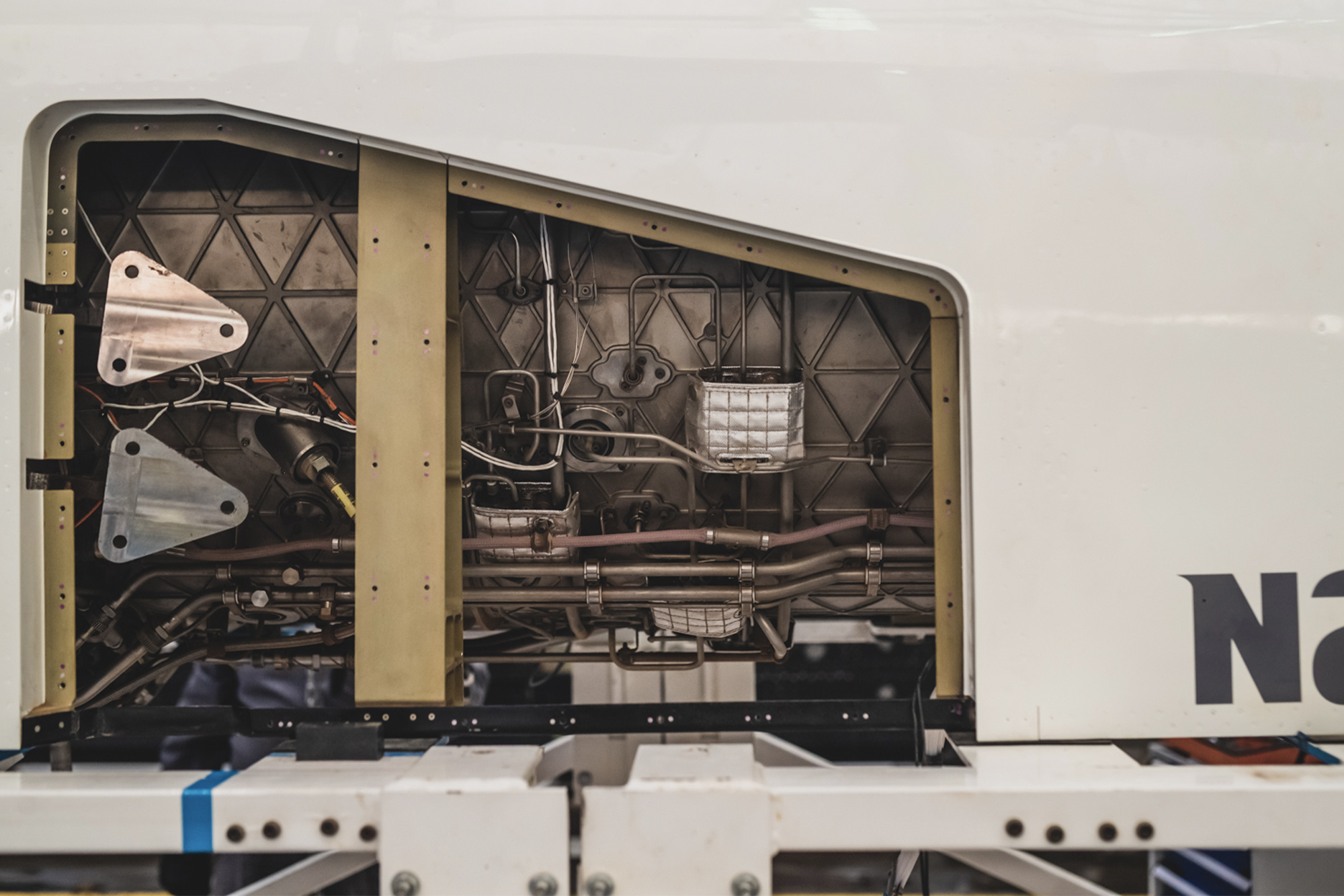 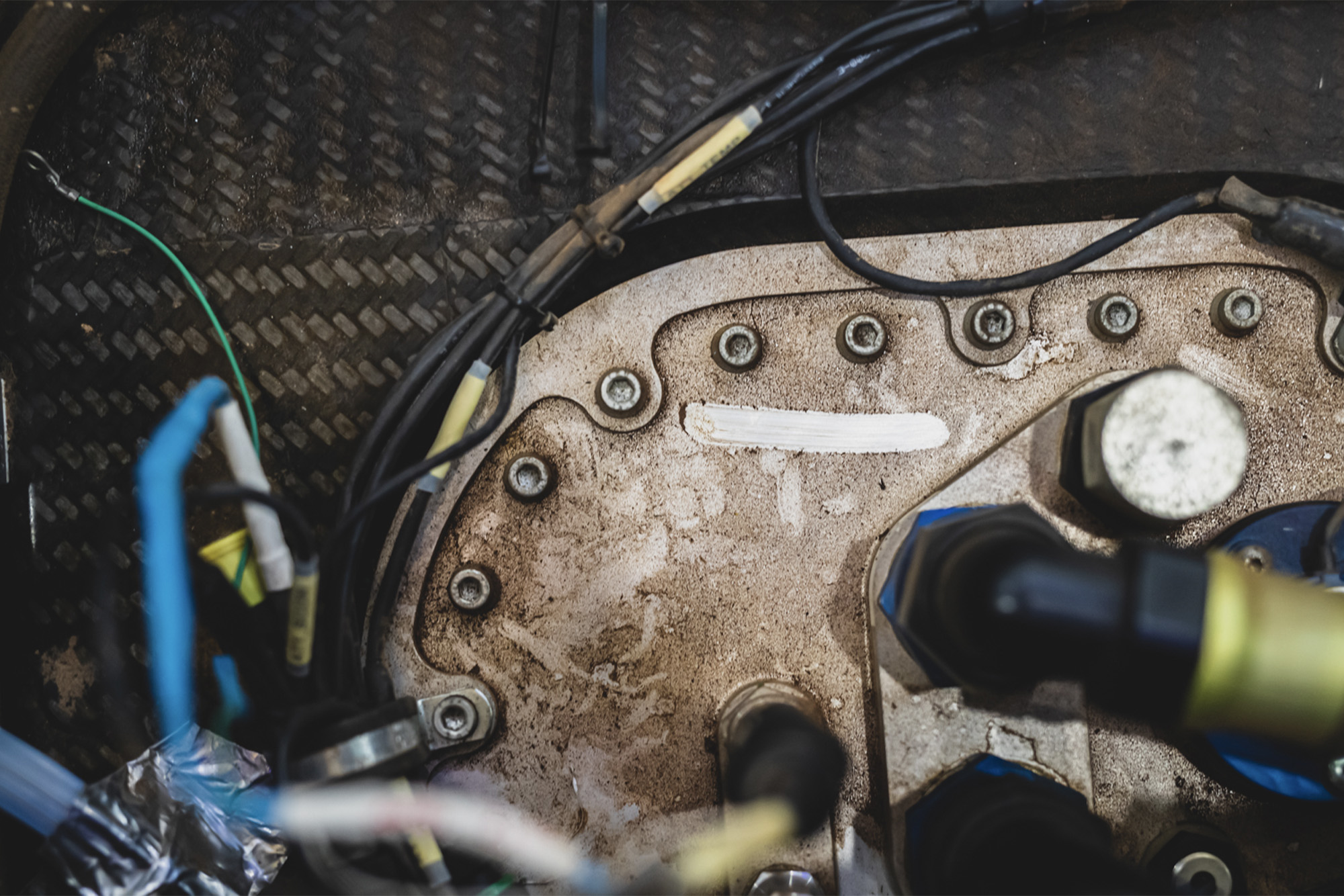 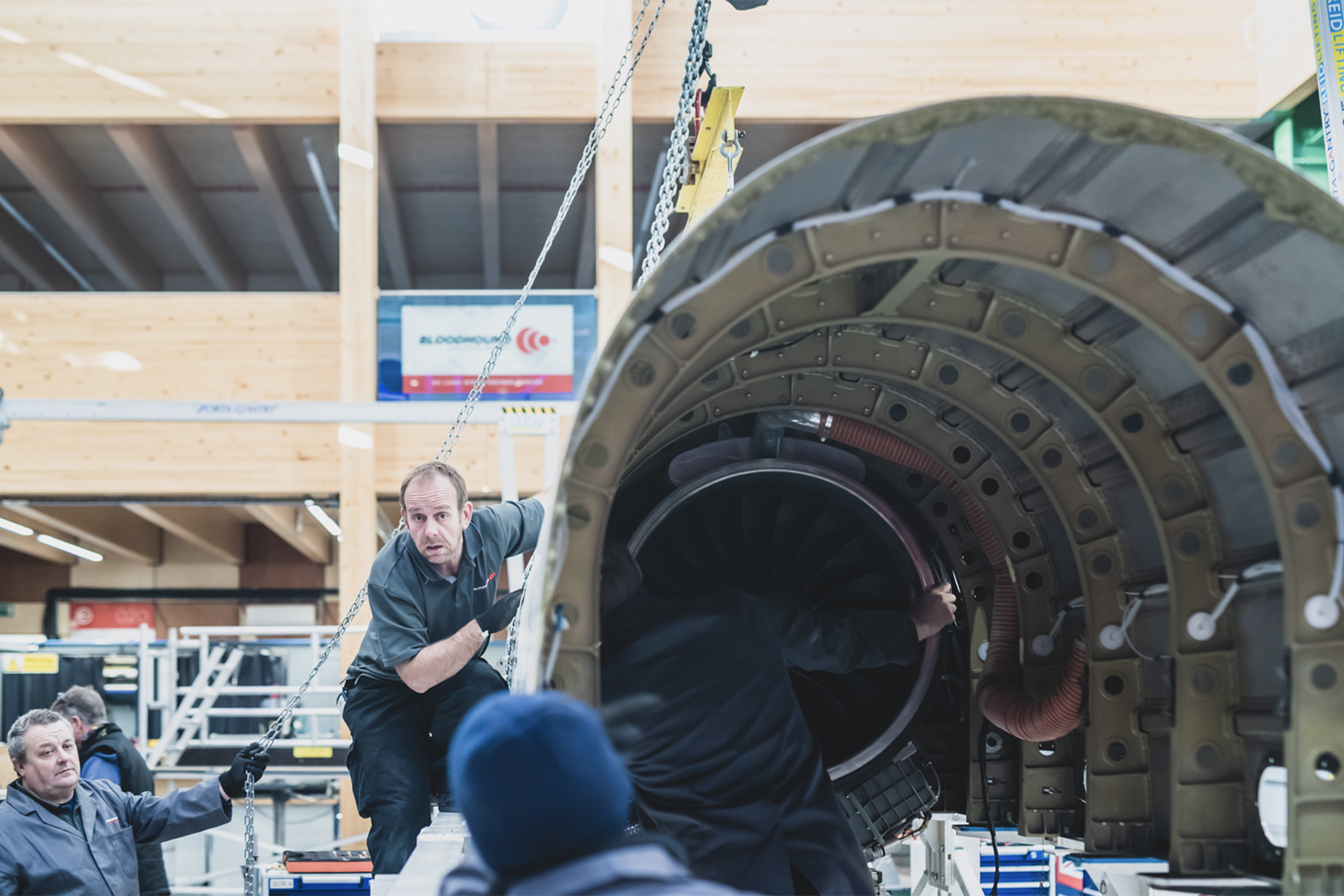 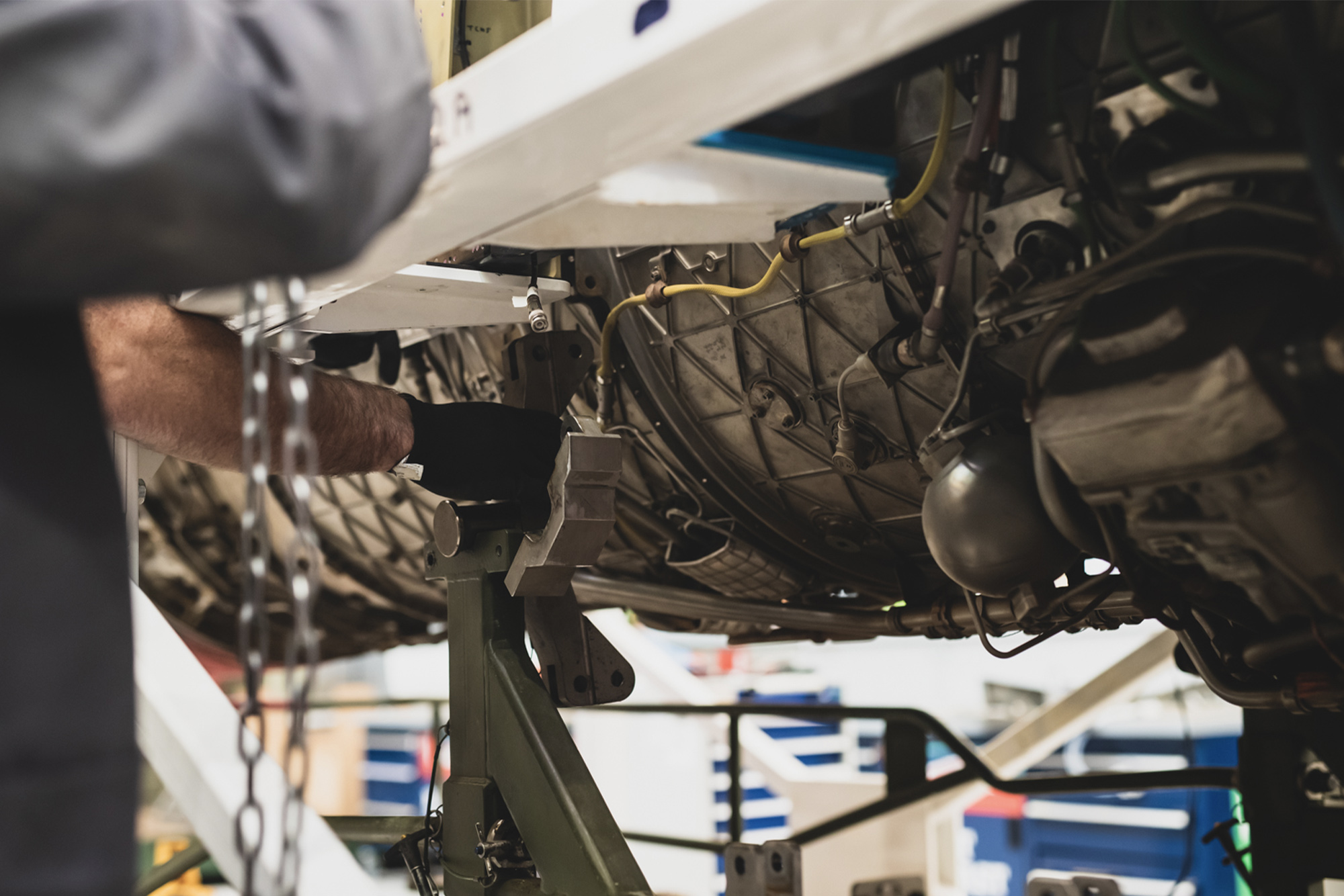 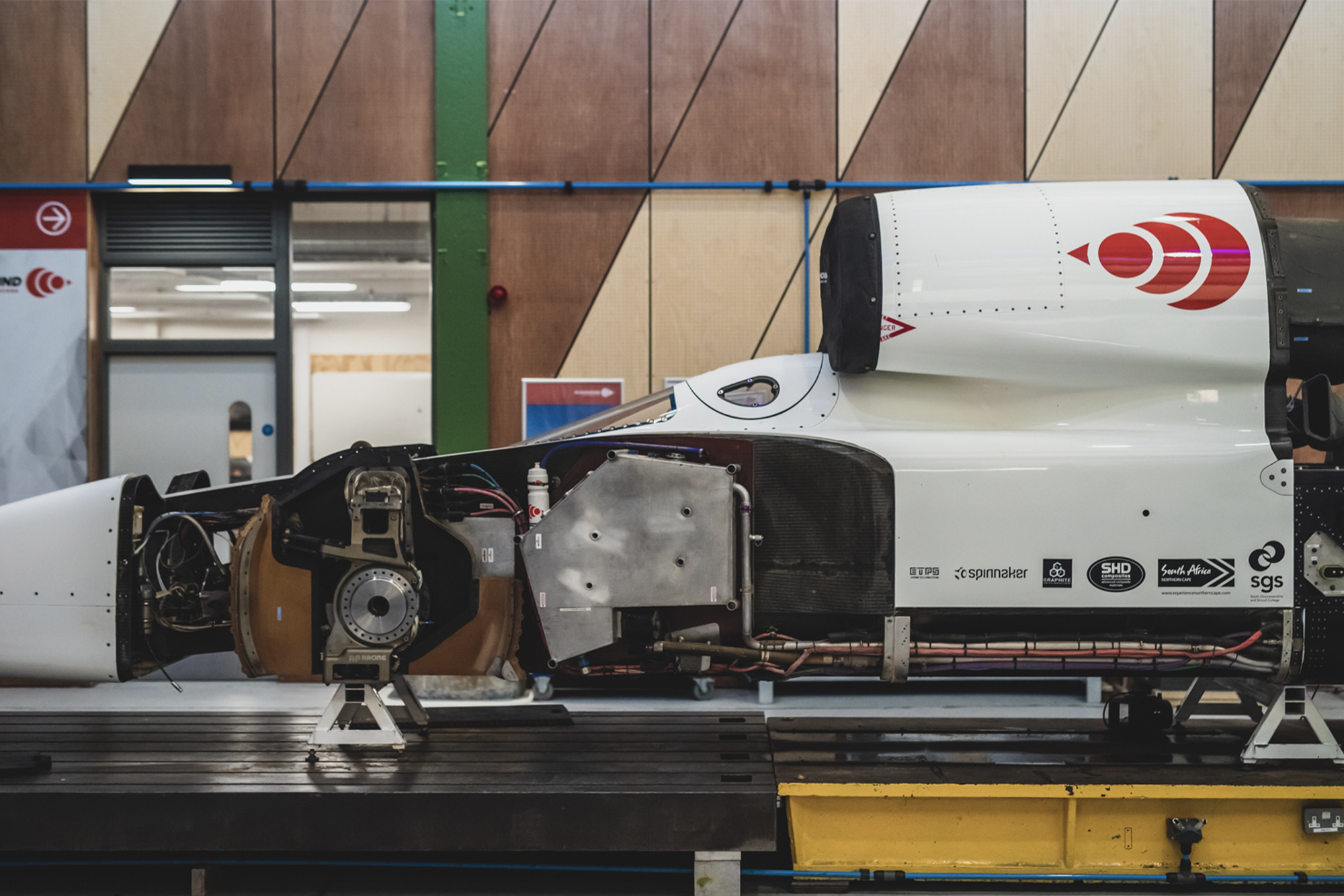 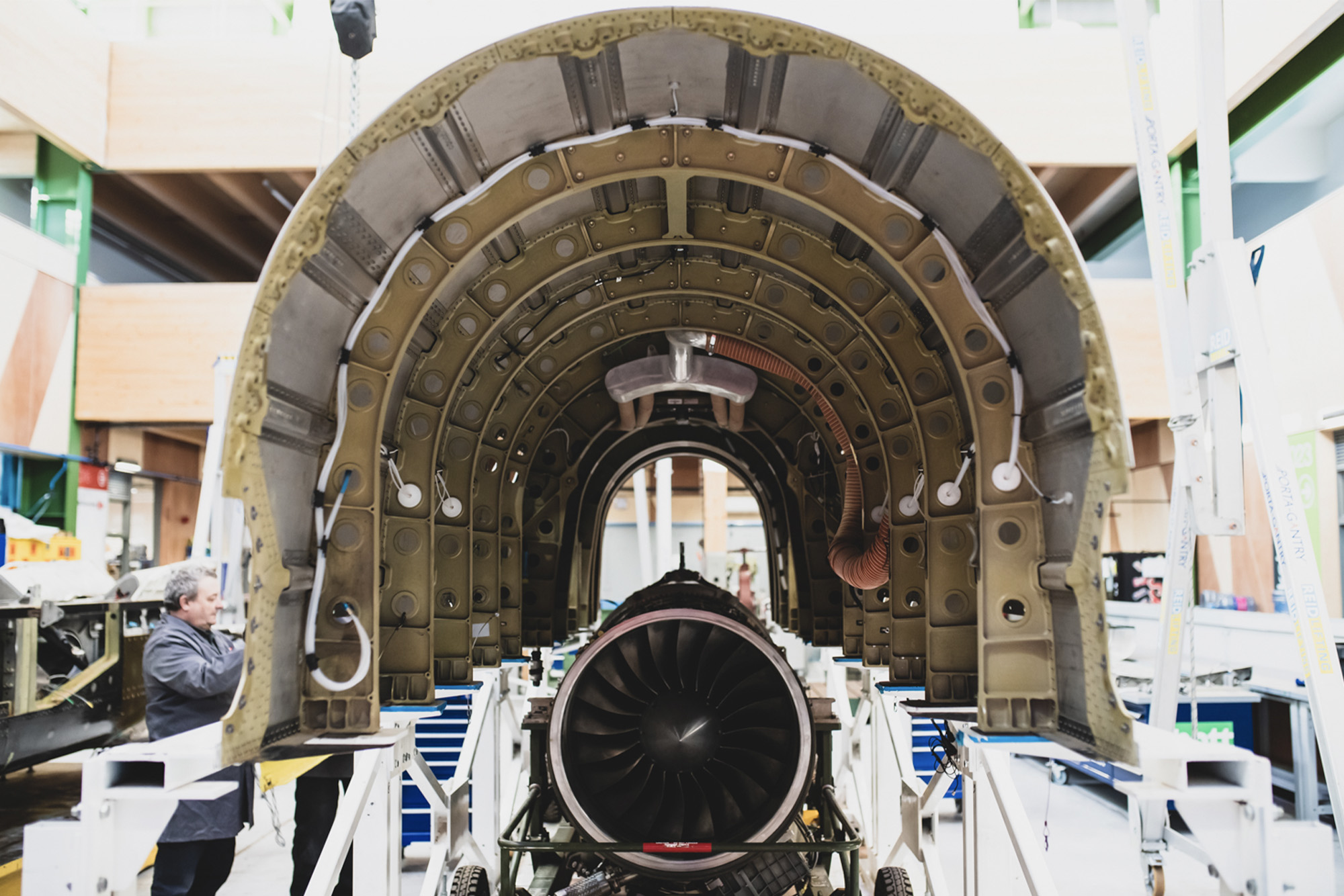 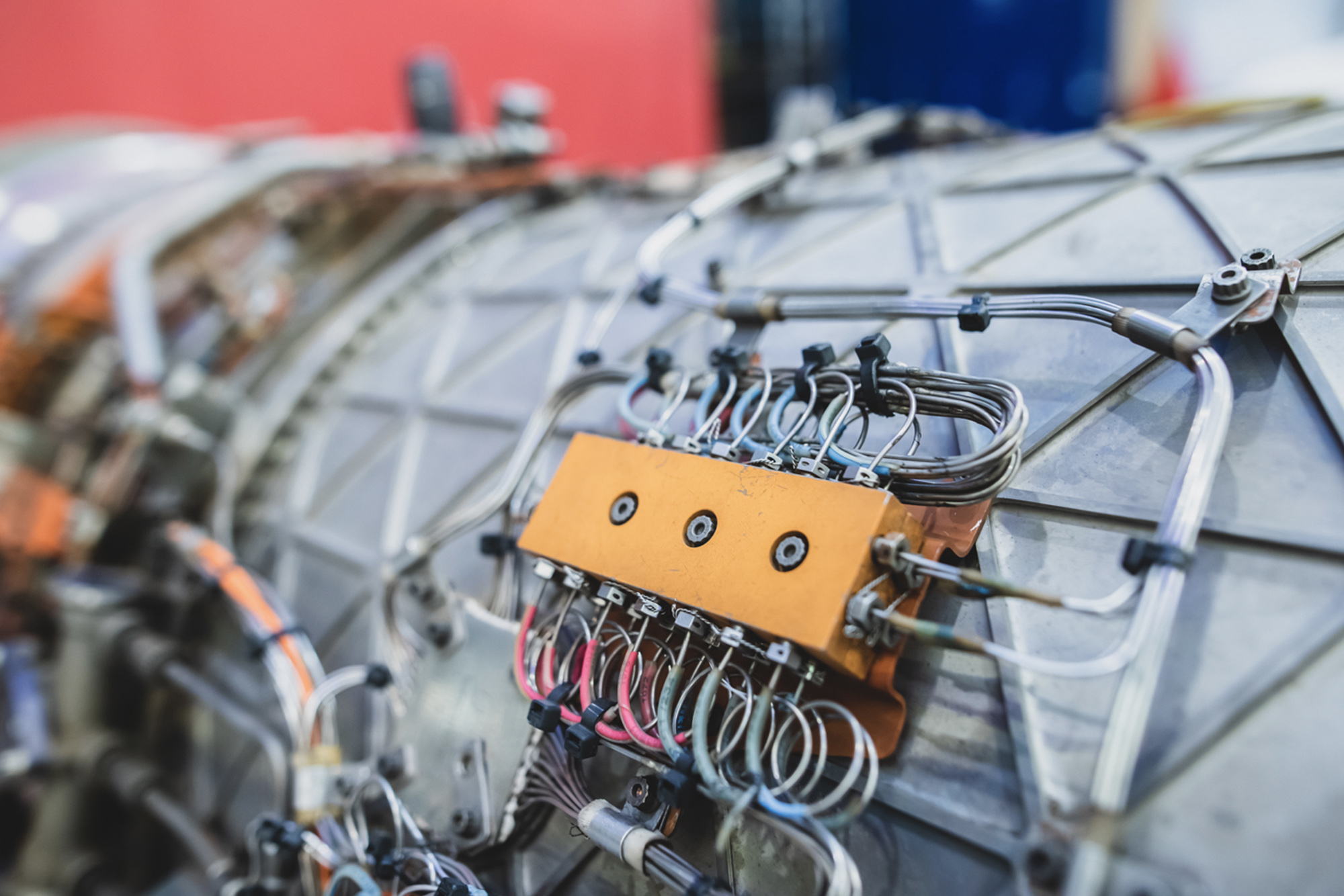 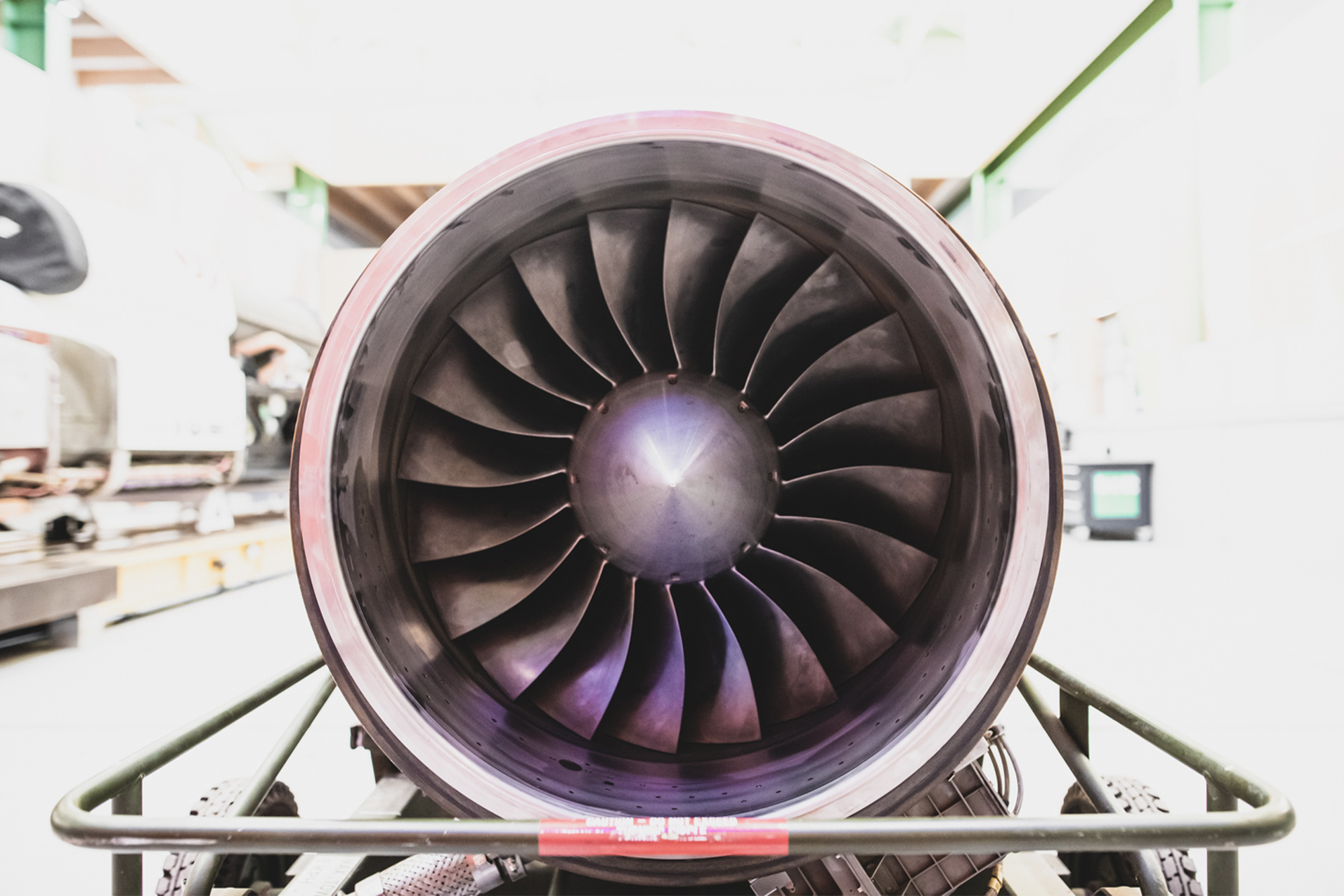 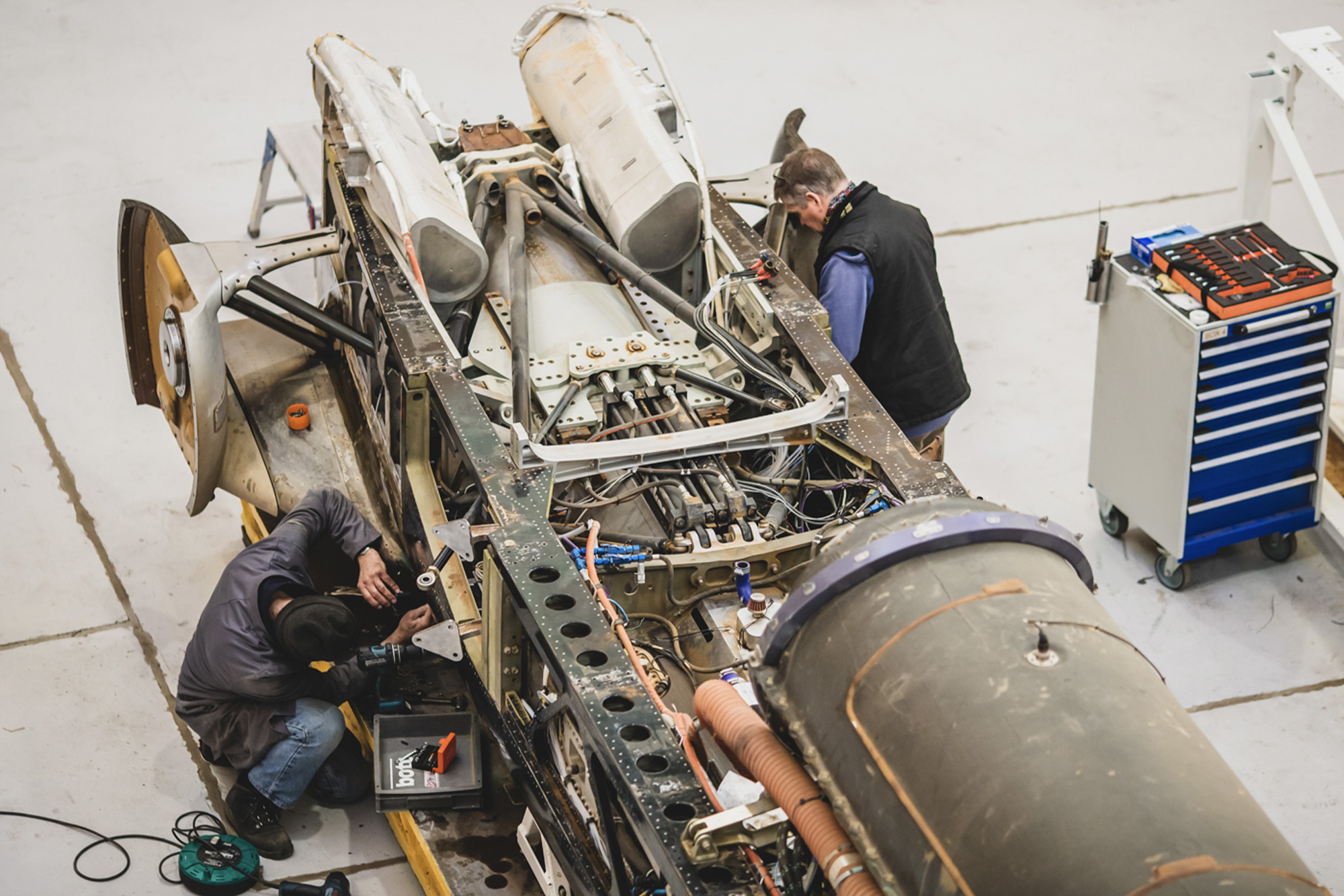 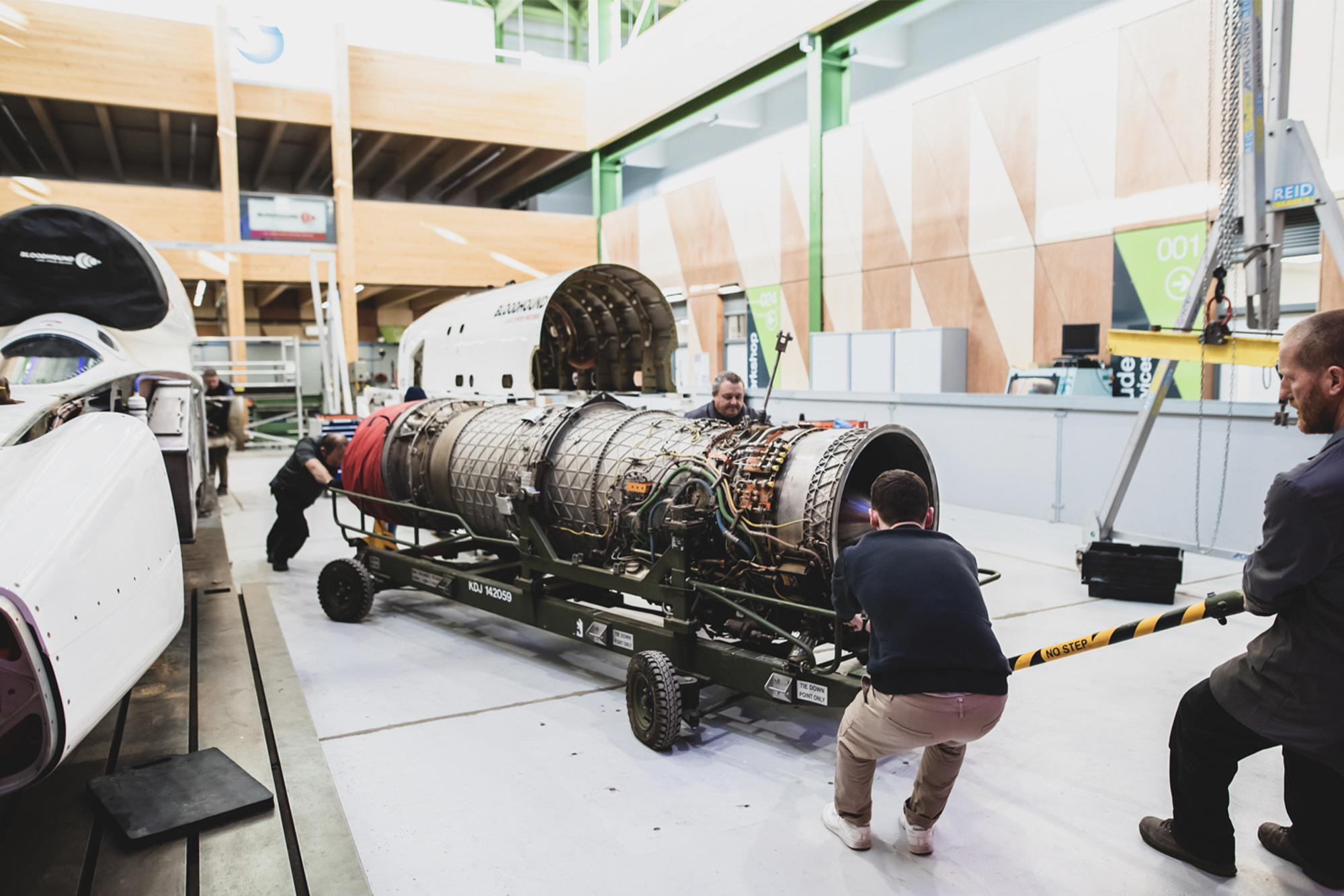 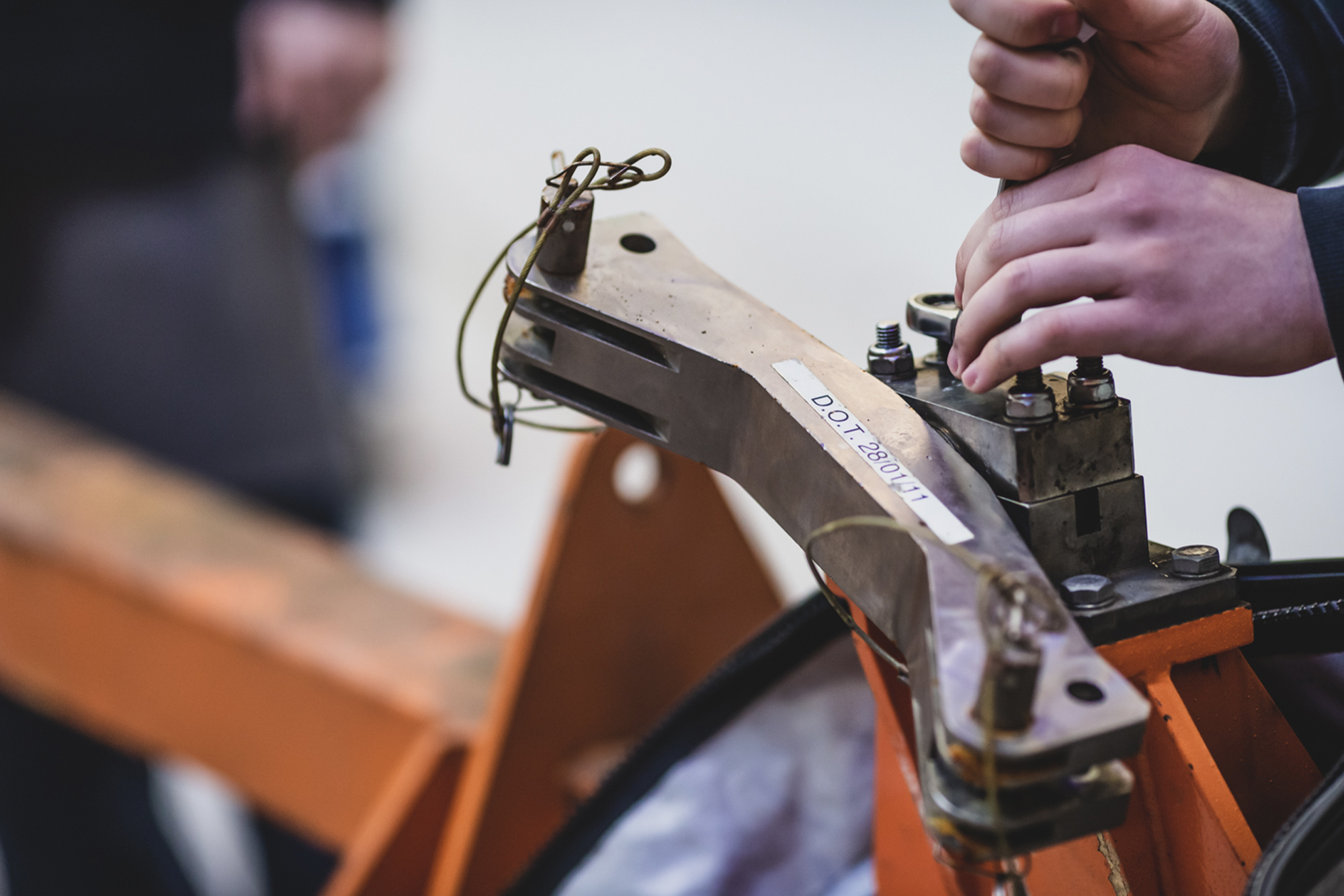 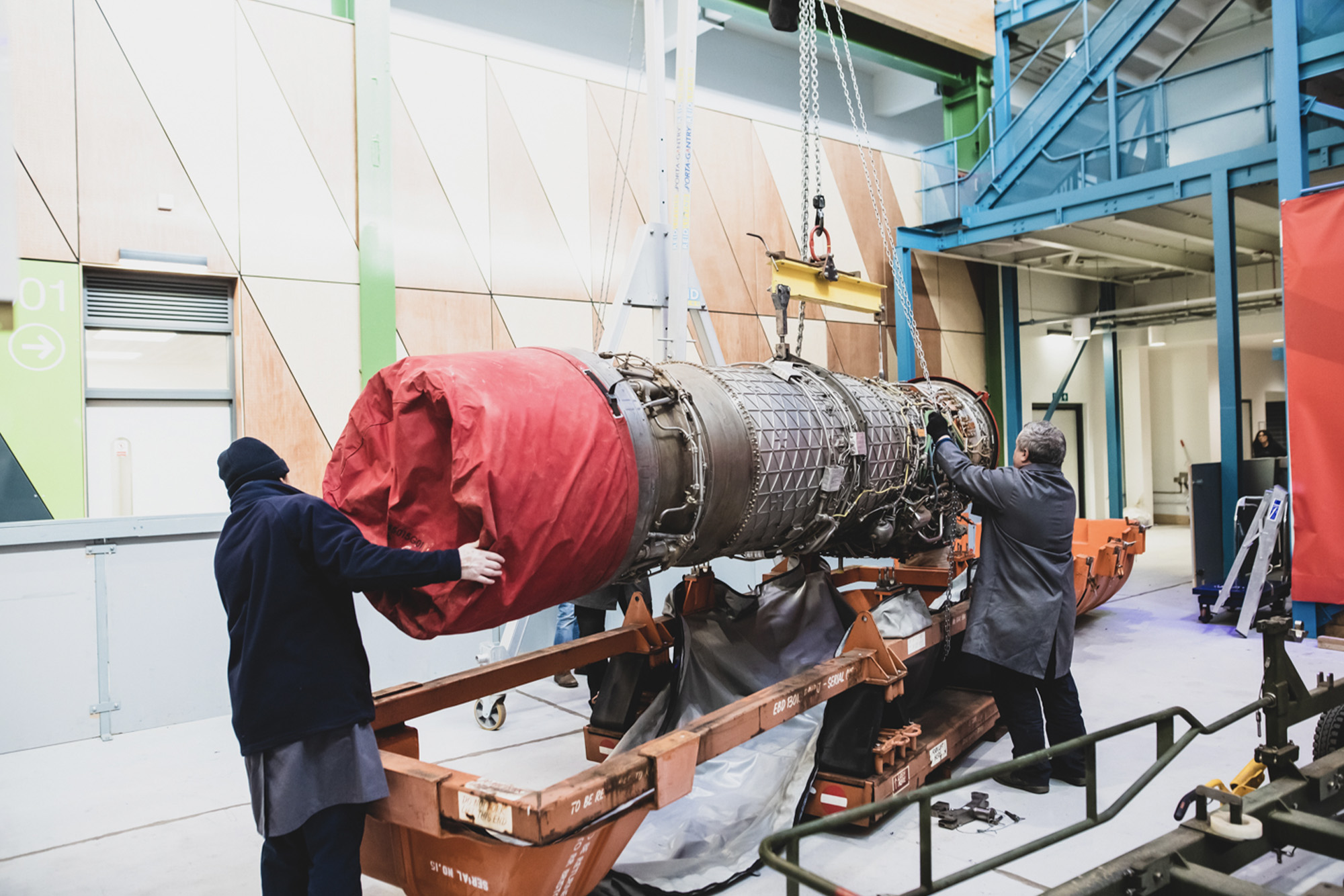 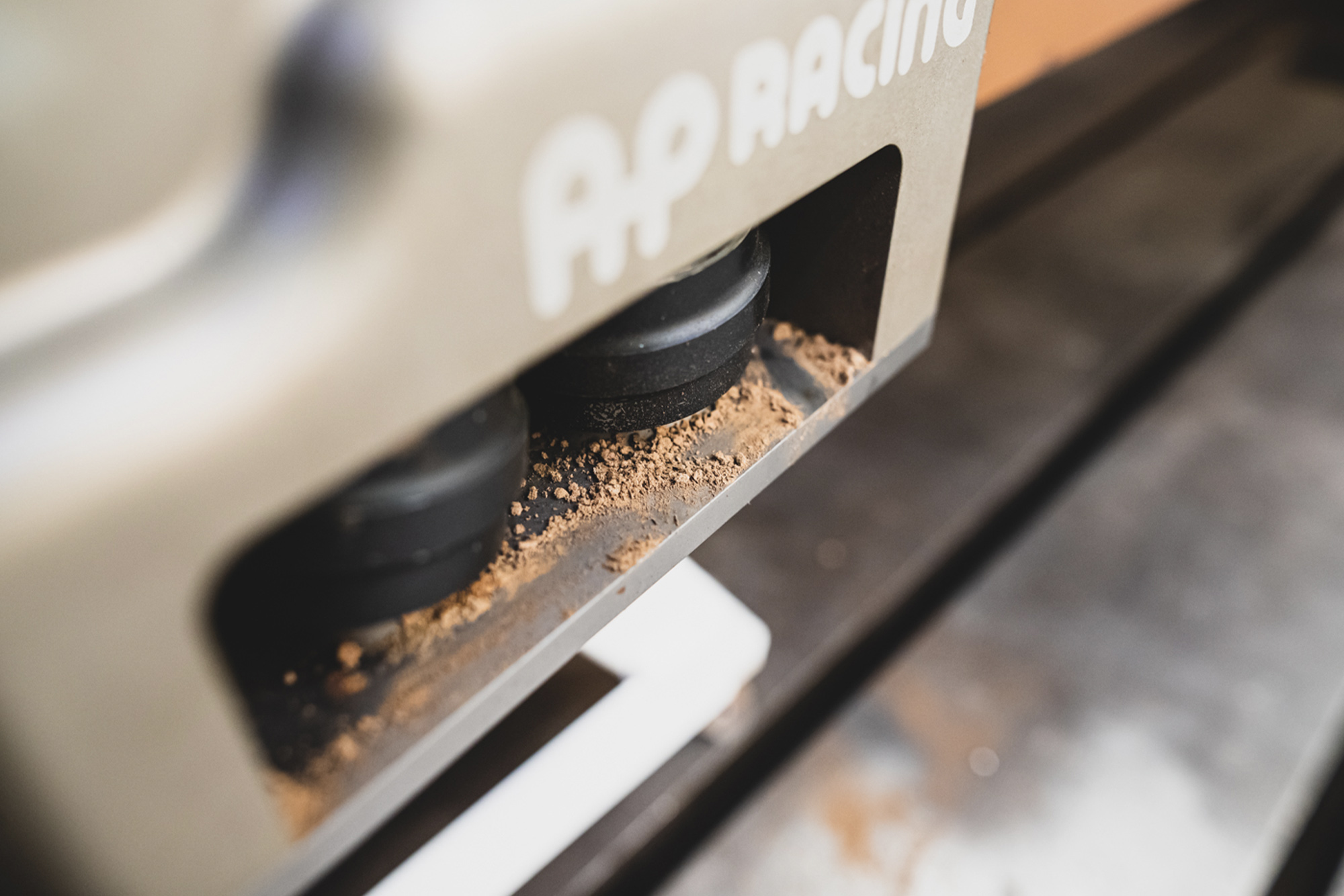 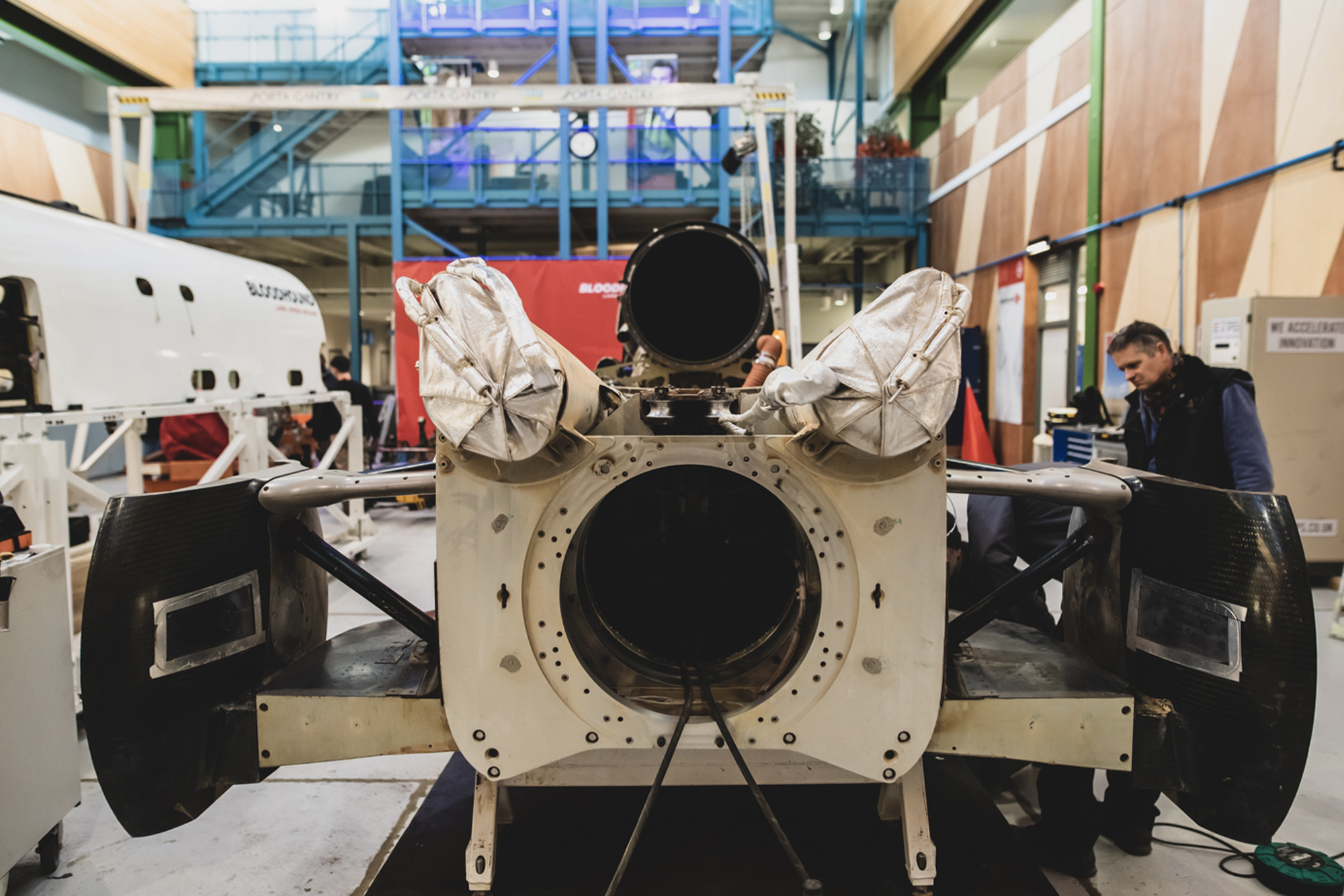 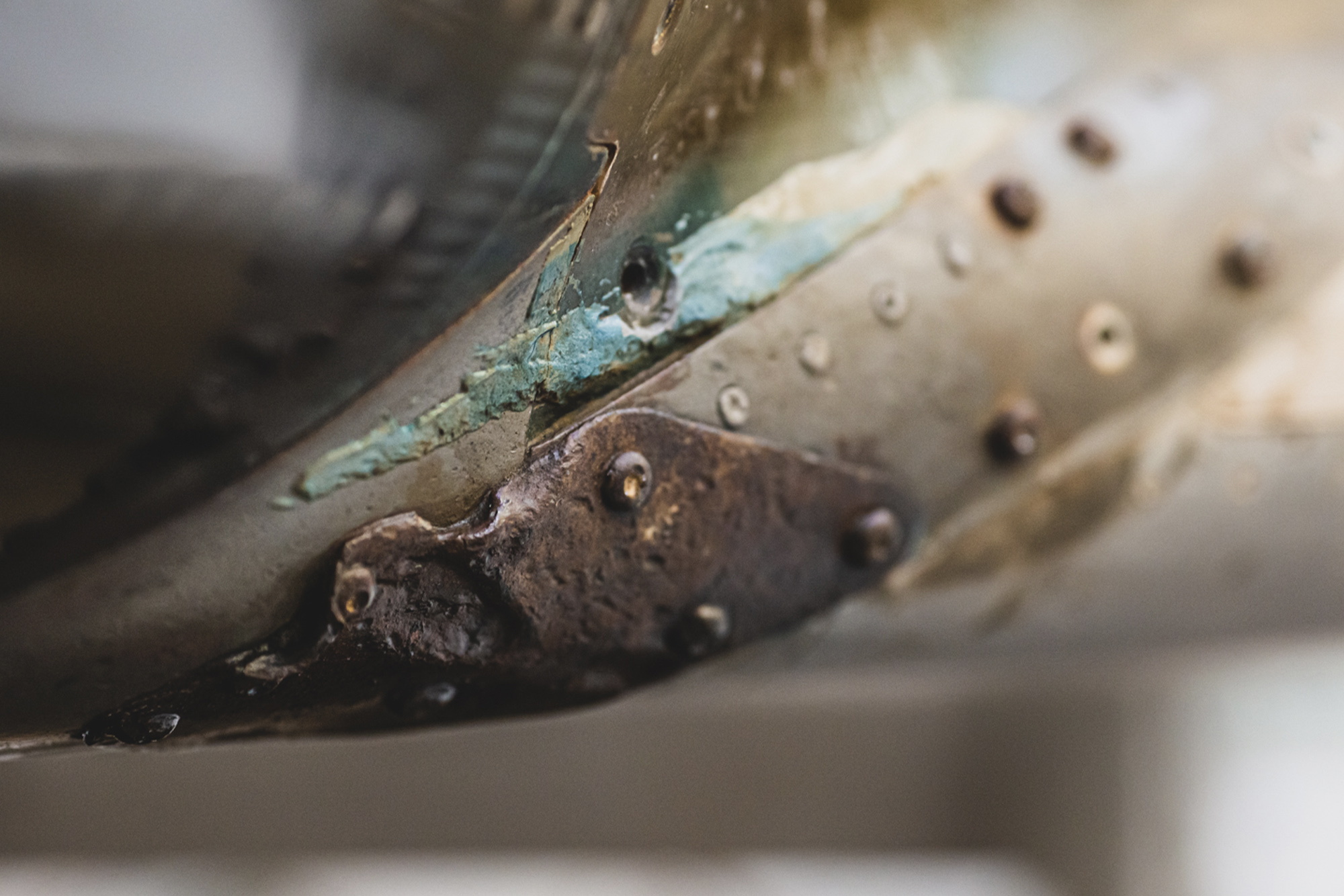 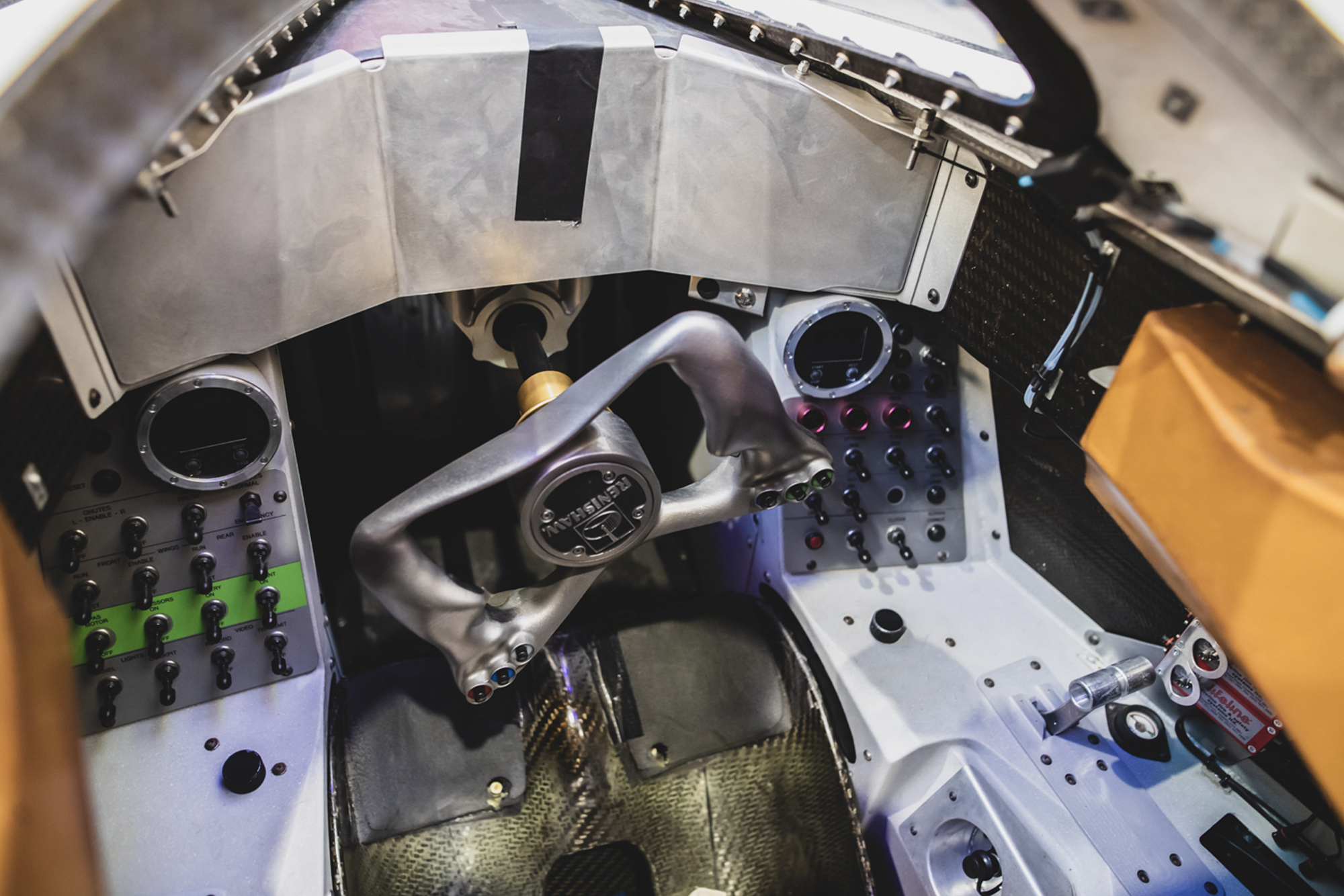 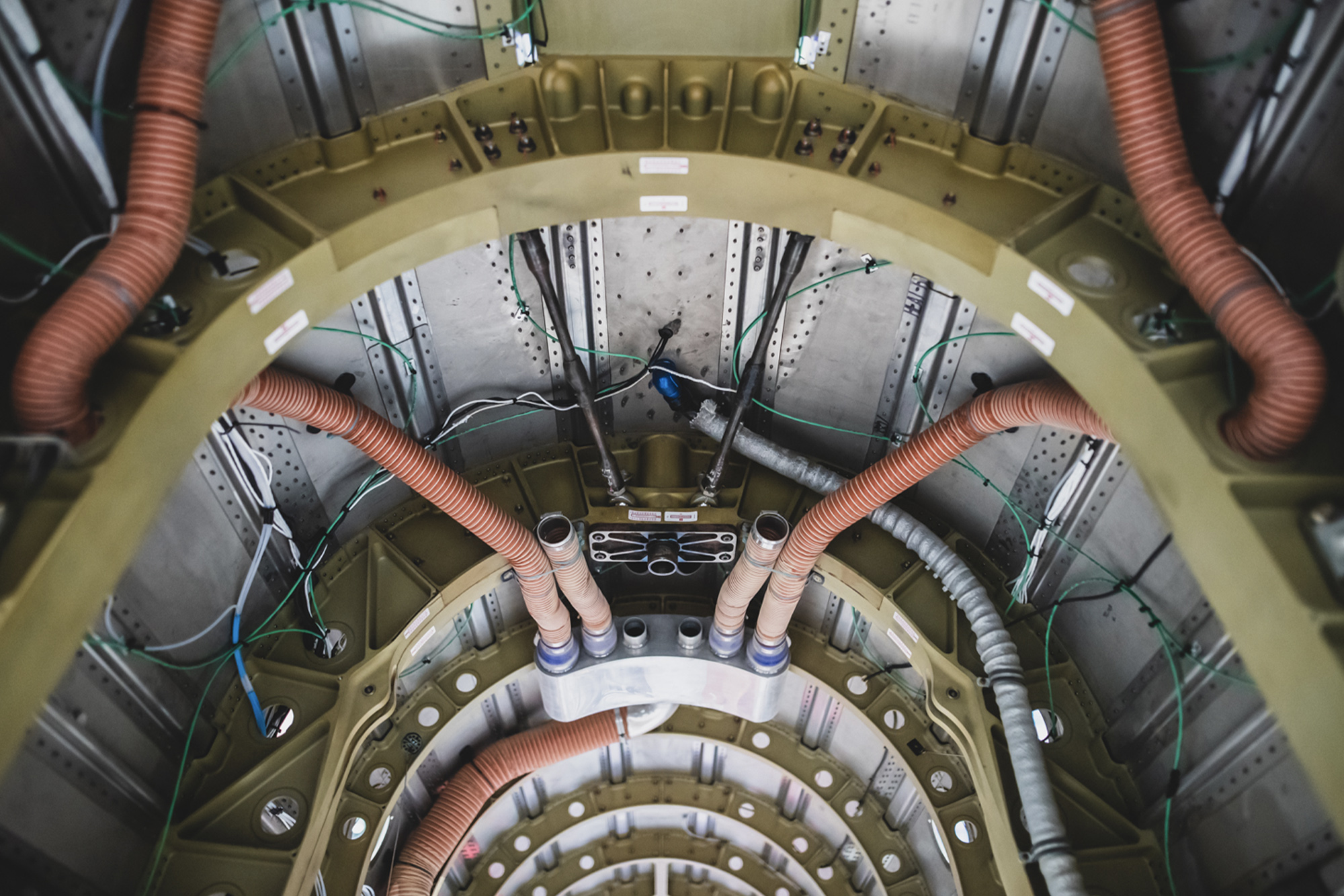 After highly successful 2019 tests, Bloodhound has said that its land speed record car is capable of setting a new world record having completed its month-long programme in South Africa.…

The parachute housing at the rear also shows the strain the car has been put under, the left chute bending the teardrop edge out of shape through sheer force during deployment.

A rough steel strip has been secured into place ahead of the rear left wheel, rivet heads sticking out from an otherwise smooth surface. Protective in function, unfussy in form.

Today, the beating heart of Bloodhound is being removed and returned to Rolls-Royce where it will be cleaned, serviced and stored.

The EJ200 jet has been specifically chosen for the project, its power-to-weight ratio making it ideal for a land speed record attempt.

Bloodhound has been built around this unit; its bodyshell providing a clearance of just millimetres between it and the jet engine. Andy Green’s cockpit is shaped to create shockwaves as the car races along, to compress and slow the air so much so, that if 1000mph is achieved, the air going into the jet engine would only be around 600mph, such is the precision and ingenuity of the design.

Just three pins, no more than an inch in width, a few inches more in length, hold the engine in place, supporting the engine from either side with one supporting in the centre. 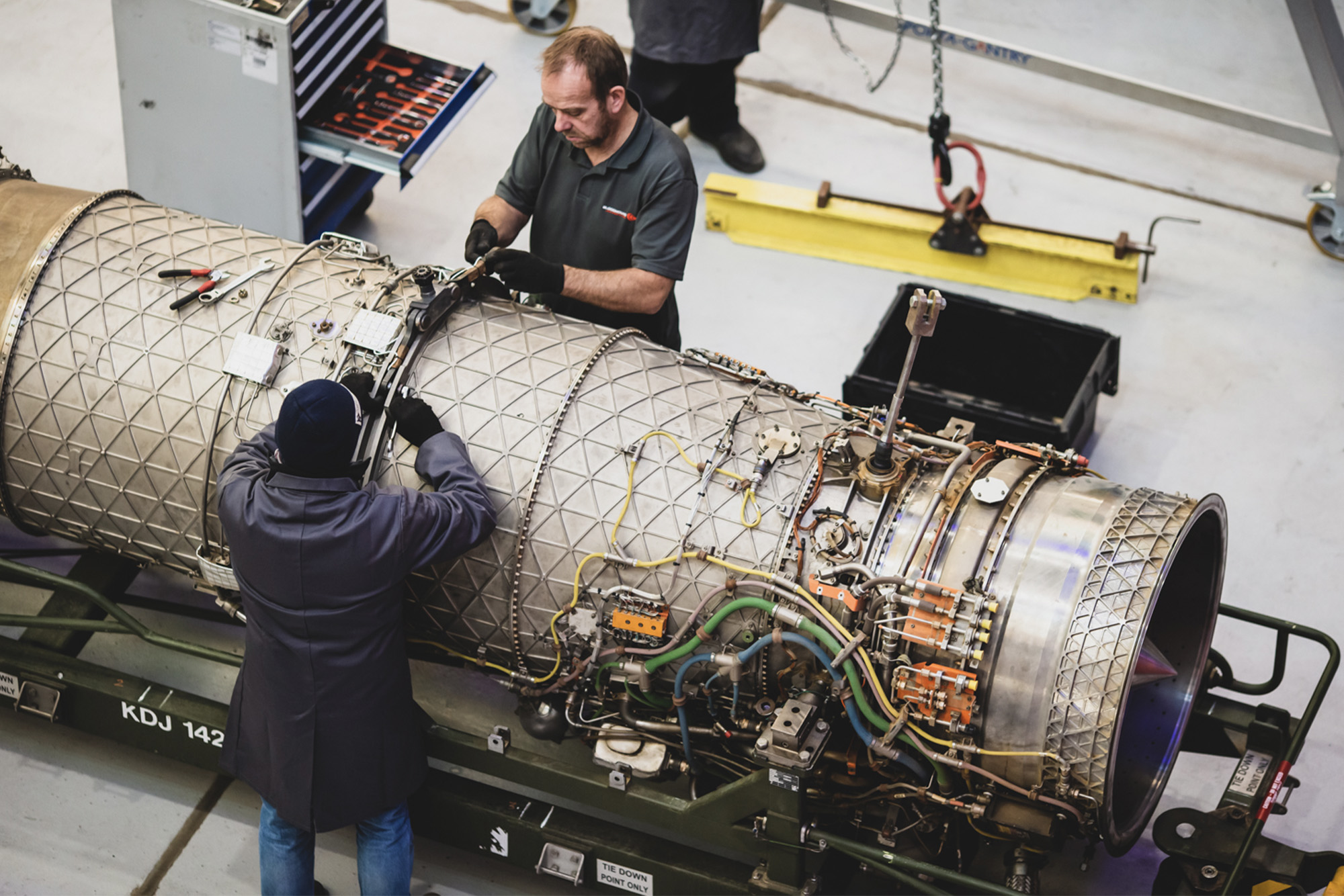 Now clear of the bodywork, the engine is prepped for part two of the job

That central strut, a fifth of the way along the engine, is subjected to the entire thrust load of the LSR car going through it.

It means that while the car is skimming the desert, approaching the sound barrier, the engine itself is actually moving about within the car.

Run data reveals the wobbling, showing the engine moving back and forth during a run by up to 20mm. But the effect on stability is minimal compared with the aerodynamic buffeting.

Why more funding is needed quickly becomes evident as I’m shown the trolley that we’ll be lowering the engine into: a bespoke contraption that costs £50,000.

While the experts delicately attach the chain hoist to the engine, I’m left with unscrewing bolts and preparing the trolley – which is easily enough responsibility for me, considering it’s ten times more valuable than the car that I drove over in.

The engine’s raised, a stray filter removed and the Eurojet EJ200 unit slots onto the metal frames of the trolley.

We wheel it out from under the ribcage — the skeletal shell of the car. The trolley journey isn’t long — eight metres to be precise — which works out a cost of £6250 per metre, excluding labour. 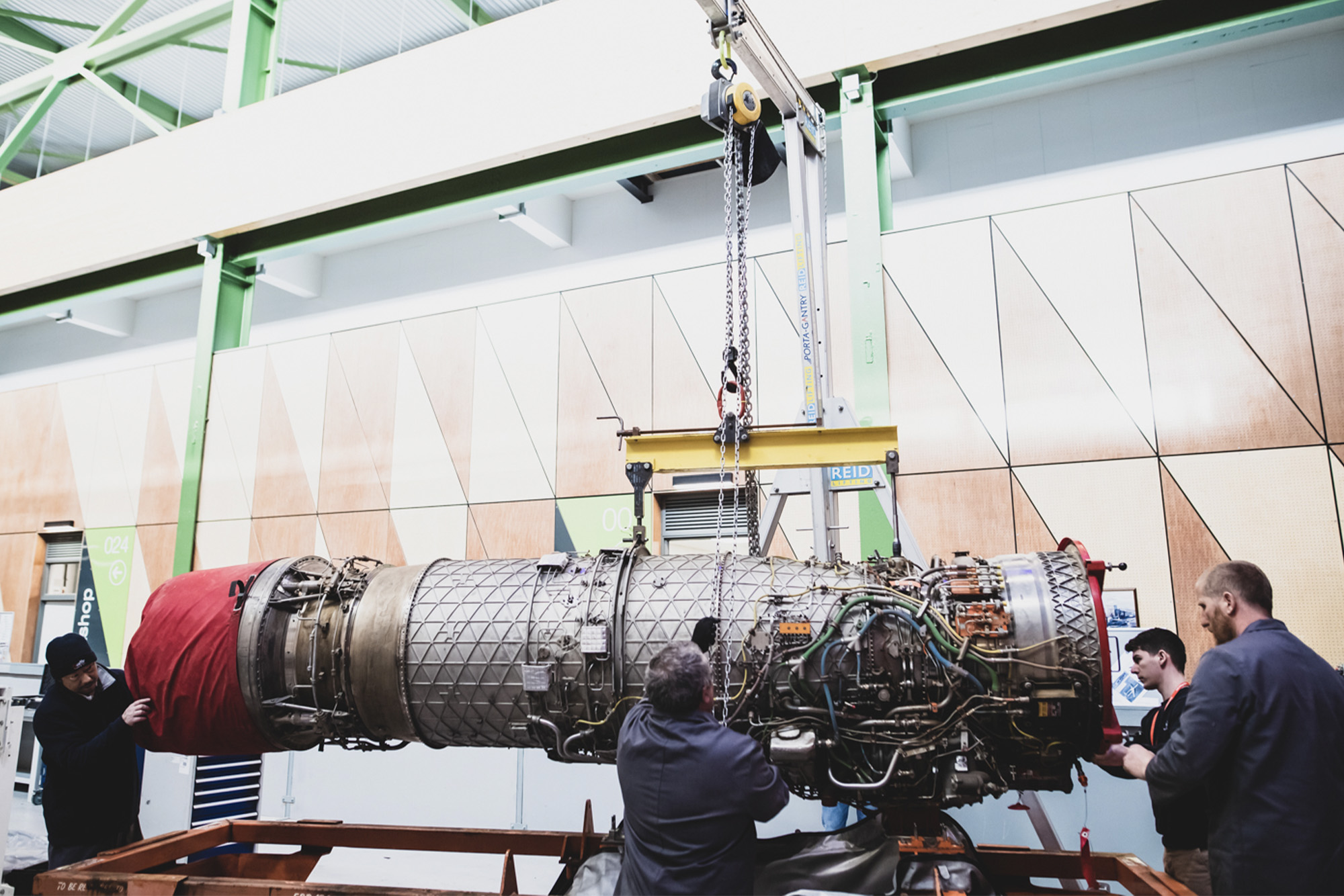 The engine’s now free of its white shroud, revealing miles of zip-tied wiring, a maze of tubing, and evident wear on the inner shell – evidence of its efforts in testing.

A significant number of bolts, wires and tubes remain from the engine’s days as an Air Force test unit, attached to orange panels.

“Anything attached to the orange stuff is useless and isn’t connected,” former Army tank engineer John explains to me. I still keep well away.

The final — and trickiest — phase is to hoist the engine once more and place it into the ‘egg’, a tight metal frame shell that will protect it during its return to Rolls-Royce. The name is “a Royal Air Force thing”, I’m told.

I’m regretting my enthusiasm, as I’m given the job of supporting the front of the engine during the delicate operation.

I take up position in front, and up close, trying to hold it steady, and in position as the hoist lowers it agonisingly slowly, with every minor twitch and sway being exaggerated at the opposite end. 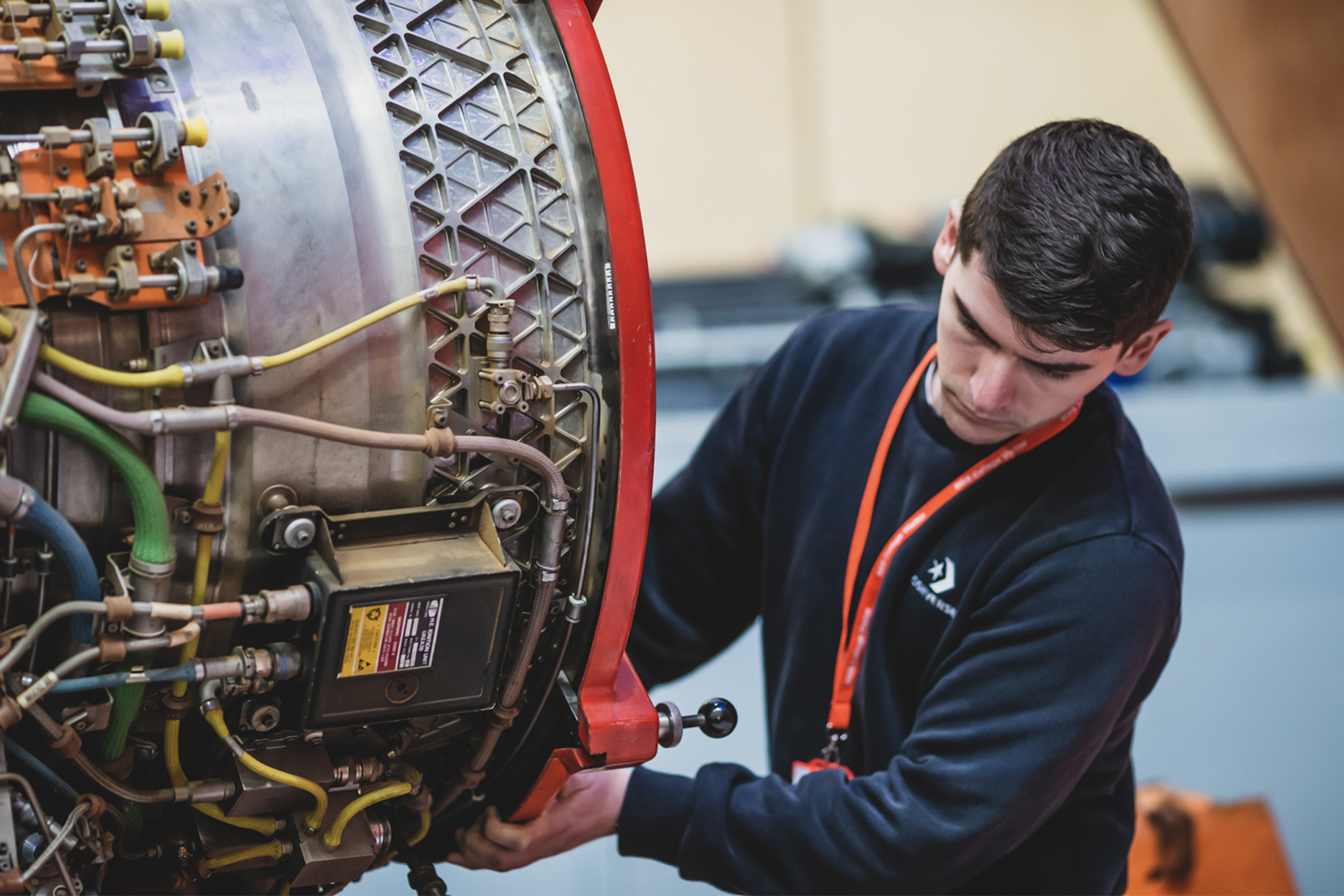 I’m expecting a clang of metal, a crack of turbine blade or a ripping of wires, but the engine comes slowly to rest, we bolt it to the frame and pull over the protective bag, to make it ready for pick-up.

Looking back over the workshop floor to Bloodhound’s empty shell is a reminder of what might have been in December 2018. The project was in administration, and angle grinders were ready to break up the car, which had been a decade in development, so its military components could be returned to the Ministry of Defence.

An eleventh-hour rescue by businessman Ian Warhurst rescued the car and has brought the project to this stage, but he’s clear that further funds are needed from sponsors if it is to return to South Africa.

After the success of testing, there’s an air of quiet optimism about the project.

“Ian’s been very clear that his money funded high-speed testing and he’s – and we all are – pushing really hard to get that funding in place, but we won’t commit to a date in South Africa until that money exists,” engineering director Mark Chapman explains.

“It [sponsorship] should happen. It comes down to timings. Again, by putting it into next year, it makes it a lot easier because it comes under 2021 budgets and a different financial year.”

Data from the sensors suggest that very little work is needed for the car to achieve the main goal.

“There’s nothing we saw in South Africa that gave us some concerns for going up through the sound barrier. It is as trivial as putting a rocket in the back.”

So, nestled snugly in its egg for now, the next time that the world sees this particular EJ200 could be when it’s travelling beyond the speed of sound, in a car going faster than any other before it.