But it insists hope remains, as Andrew Frankel explains 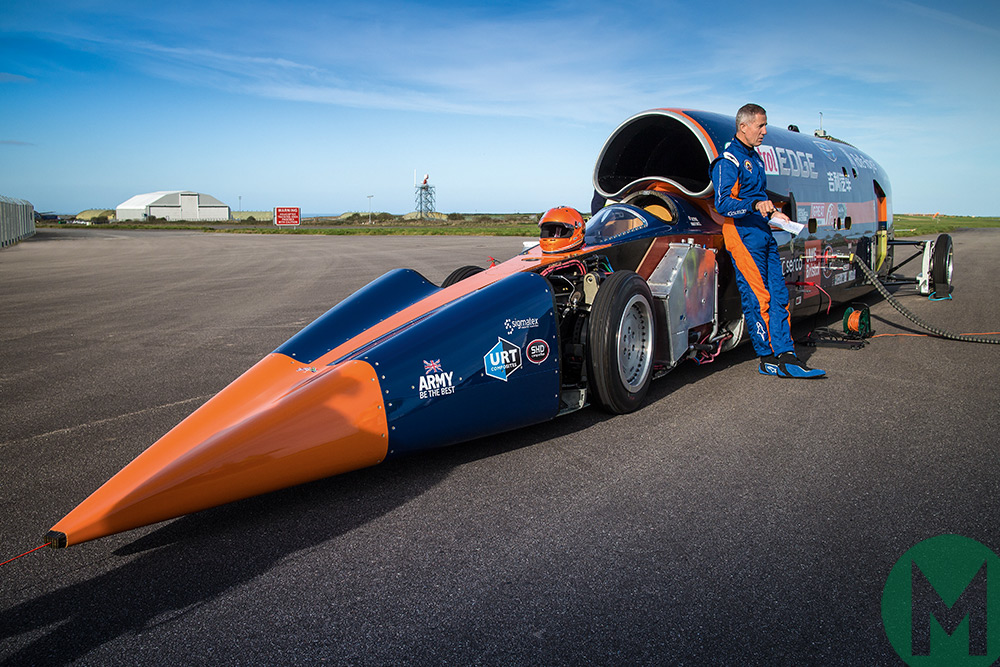 It has just been announced that the Bloodhound Project, which hoped to not only to break the Land Speed Record but also breach the 1000mph barrier, has been placed into administration.

Despite the Bloodhound SSC car being built and demonstrated in public at speeds of more than 200mph, not enough money has been forthcoming to see the team over the finishing line, which was to have been at Hakskeen Pan in South Africa sometime in 2019.

For a project whose genesis can be traced back to a conversation in the pub between team-leader Richard Noble and driver Andy Green – Land Speed Record breakers both – in 2006, this must be a heart-breaking moment for the team.

However, long-time Bloodhound comms director Richard Knight insists that this is not the end. “On the contrary, placing the company in administration is the only way we have of keeping it going,” he told me on the telephone.

The hope is that the inevitable slew of publicity that will follow will tempt investors to rescue the project at its darkest hour. The sums are large but, by Formula 1 team or even footballer transfer fee standards, not massive. Last year its chief engineer Mark Chapman told me the project had cost around £30 million during the 10 years it had been fully active.

It is now seeking £25 million to complete the project, and this morning said ‘they are in discussions with a number of potential investors.’ But it is asking for more interested parties, and unless people or institutions come forward in the next few days with the means to enable the project to continue, it looks like the most ambitious Land Speed Record project in history will conclude with its primary objective unrealised.

Or maybe not. “We always said that breaking the Land Speed Record was just one of things we wanted to do,” said Knight. And if you look on the Bloodhound website at its objectives, number one is ‘to inspire the next generation about science, technology, engineering and mathematics.’

And to date, more than 6000 UK schools have used Bloodhound technical content in lessons, with more than two million children in more than 220 countries benefitting from the project in one way or another.

Even so, this is not what was intended and over the days, weeks and months to come questions will be asked as to how the project found itself in this position. I’m not even going to visit the subject of whether the money it did receive was spent wisely, for I have absolutely no idea one way or the other, and certainly no reason to believe that it was not. But it is true that the car had to be substantially redesigned to place its jet engine on top rather than below its rocket and that three different means of pumping the rocket fuel – an F1 engine, a Jaguar road car engine and an electric motor – were engineered into its design. But there is far more to it than that.

First, I think the era of Land Speed Record breaking is increasingly associated with the past: consider that the last time the Land Speed Record was broken by anyone other than Green and Noble was 48 years ago. Second, the project was wildly ambitious: most Land Speed Record teams consider it a total result if they raise the record by the requisite one per cent. Indeed, when in 1984 Richard Noble beat Gary Gabelich’s then 13-year-old record, he did so by just 11mph. By stating an aim of 1000mph, Bloodhound SSC is trying to raise Andy Green’s extant record of 763mph by 237mph…

There is also a geographical dimension to do this: back in the 1930s teams were having to use dried up lake beds to record speeds below 300mph, and there just aren’t that many places on earth with the space to run a car beyond the speed of sound in comparative safety and sensible access to all the infrastructure a record attempt requires.

I just hope someone comes forward and helps them get the job done. For I tell you this: if after all Bloodhound has been through, if it does raise the record, and even if it doesn’t reach 1000mph, I think it will be the last time anyone reading this will see a new Land Speed Record being set.

And I’d so much prefer that era with end with a roar than a whimper. 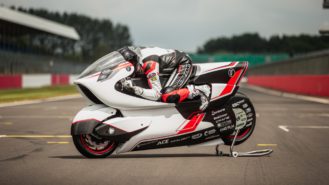 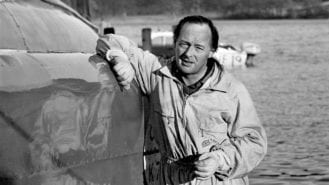