On the 100th anniversary of his birth, the RAF has commemorated Donald Campbell with a special flyover that mirrored its airborne tribute on the day after his death.

Two RAF Hawks from IV(AC) Squadron from RAF Valley in Anglesey dipped their wings over Coniston Water, the site of several of Campbell’s record-breaking runs and his fatal accident.

They followed the same path as that of a Vulcan bomber 54 years ago, which flew over the site on January 5, 1967, in memory of Campbell who had lost his life the previous day.

The legendary land speed record holder remains the only person to have set the record for both land and water in the same year; he broke the record on water seven separate times between 1955 and 1964.

Four of those records came at Coniston Water and his Bluebird K7 now resides at the Ruskin Museum nearby after being recovered from the water, restored and gifted by his family. 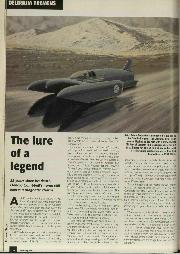 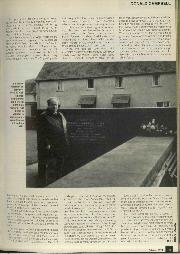 Donald Campbell: The lure of a legend

At 8.46 on the morning of January 4 1967 Donald Campbell took what became the last great gamble of his life on Coniston Water. Only moments after speeding down the…

As the jets flew overhead, Campbell’s daughter, Gina lay flowers in memory of her father.

“I am touched by the RAF’s mark of respect and their act was a fitting tribute to my father who would have been thrilled by the gesture,” Gina Campbell said of the tribute.

“I cannot thank the RAF and the crews who flew today enough for their thoughtful tribute, especially Ft/Lt. Eddie Craig who led the flypast from 4 AC Squadron at RAF Valley.

“My father is buried in Coniston, but it is also his spiritual home and every year thousands of people visit the Ruskin Museum to learn more about his incredible journey through life, gaining speed records on both land and water.

“He loved Coniston and its people as I have done over the years and having a museum that tells the story is a lasting tribute. We hope that soon Bluebird K7 which my family gifted the museum will return to Coniston.”

Campbell’s final record attempt was in pursuit of becoming the first man to go beyond 300mph on water. His modified Bluebird K7, which had delivered his previous records, was brought back to Coniston Water in the hope of reaching the benchmark.

He registered an average speed of 297.6mph in his first run, but would never return. His second run in the opposite direction ended in a fatal crash.

“It is a huge honour to continue the RAF tradition of paying tribute to Donald Campbell and celebrate, not only his achievements, but also his spirit of courage and determination,” Ft. Lt. Eddie Craig said.

“Our top speed as we flew up Coniston Water was 480mph which we hope Donald would have approved of.”