After a career in championship-level motor racing including stints in Formula 1 as engine technician to Jenson Button in 2014 and with Aston Martin Racing at Le Mans, White hopes to use his passion for bikes to spearhead the mass-market electrification of motorcycles.

By showcasing cutting-edge electric and aerodynamic technology and combining it with motor sport experience, WMC says it hopes it can accelerate the reduction of carbon emissions generated by motorcycles.

The development of an airflow concept called V-Air that will be crucial to the record attempt started shortly after the company was formed and is a central pillar to the function of the prototype bike. A central duct at the front of the bike will channel air through the bike as opposed to around the leading edge of it. The design reportedly reduces air resistance by 70% compared to high-performance road bikes.

It will also place a greater axial load over the front of the bike that will allow a D-Drive motor unit to regenerate braking energy and convert it into reusable power. It also features an F-Drive final drive system to boost power and provide greater efficiency that WMC says could be retrofitted to existing bikes. 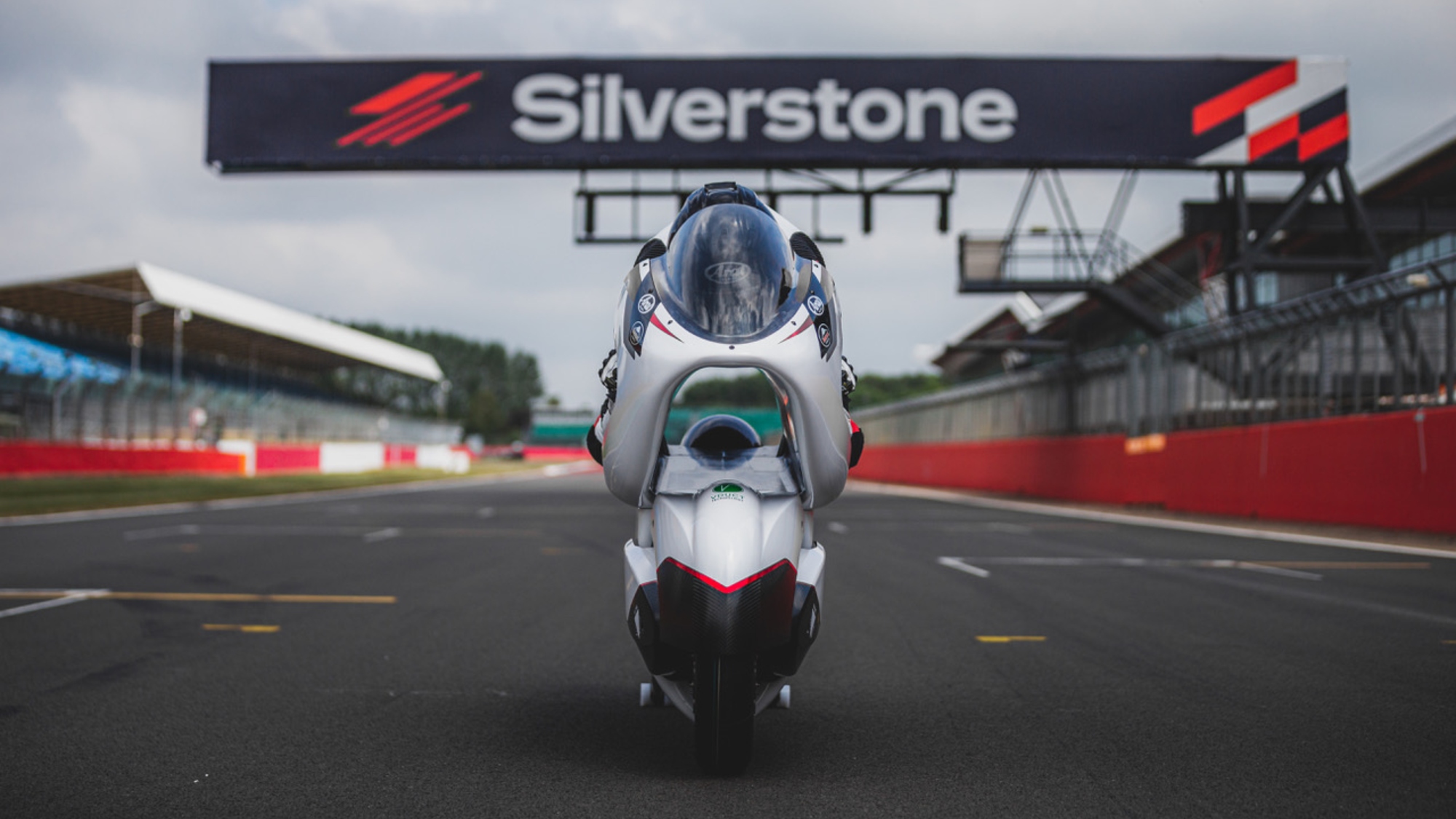 Should the bike prove a success and claim the British record, White hopes to take his creation to Bolivia and the world’s largest salt flats in July 2022 to tackle the world record for Electric Semi Streamliners, which currently stands at 228mph.

He is confident that his bike, named WMC250EV, is capable of 250mph.

“If you want to demonstrate to the rest of the world that you’ve just invented a new aerodynamic concept that means you can go faster for a given power, the best thing to do is go as fast you can,” he said.

“That’s why we created WMC250EV high-speed demonstrator, the most radical version of this concept, to challenge for the world land speed record. It is electric, as that is the pre-eminent zero-emissions power source at the moment, but as the aerodynamic concept provides efficiency benefit, it could just as easily be hydrogen or any other future power source.

“The records we are aiming for are all champagne but actually they are perhaps the insignificant part of the concept. The real story is that while for any given amount of power you can go much faster, if you want to cap the speed for the normal drive cycle of a London commuter the technology can be transferred to allow the bike to go significantly further.

“Instead of the advantage being in speed it would be in range. That has a direct benefit for CO2 emissions in urban landscapes thanks to a level of engineering that offers massive market-disrupting gains.

“It’s a product of British engineering ingenuity and it has a real potential to disrupt the industry in a very positive way, becoming an important step towards the mass manufacture of non-fossil fuelled motorcycles, another milestone on the road to a zero-emission future.”