Aboard his 1000bhp Sunbeam ‘Mystery S’, Segrave roared through the measured mile on Daytona Beach, first heading south, then returning to the north, averaging 203.98mph.

Record runs on Daytona Beach began in 1903 and in 1920 Indy stars Jimmy Murphy and Tommy Milton became the first men to break 150mph driving Milton’s twin-engined Duesenberg based on an Indy car. Two years later Sig Haugdahl pushed the mark to 180mph driving his own car called the Wisconsin Special powered by a 642 cubic inch six-cylinder engine. Haugdahl was a multiple champion in IMCA, a midwestern dirt track series, and although IMCA officials recorded and confirmed his record, it wasn’t recognised by the AAA, America’s dominant sanctioning body in those days.

Segrave of course had made his name by winning the JCC 200-mile race at Brooklands three times in 1921, ‘25 and ‘26, and leading the Sunbeam team to victory in the French Grand Prix in 1923 and the following year’s San Sebastien GP. Segrave and archrival Malcolm Campbell then began chasing the Land Speed Record with Segrave running his Sunbeam on the beach in Southport and Campbell running at Pendine Sands in Wales. But in 1926 Segrave decided to build a monstrous new car and run it on Daytona Beach in Florida.

Built in Wolverhampton, Segrave’s Sunbeam Land Speed Record car was powered by a pair of V-12 aircraft engines displacing 2,738 cubic inches. One engine was mounted in front of the driver, the other behind him. The rear engine was started by compressed air and in turn fired up the front engine through a friction drive. When both engines were fired they were locked together by a dog clutch and drove through a three-speed gearbox to countershafts and chains on wheel sprockets. Quite a fearful device to push down a rather narrow undulating sand beach at more than three miles per minute…

That spring day in 1927 Segrave also introduced the crash helmet to America. In a time when racing drivers wore cloth or leather helmets Segrave is credited as being the first driver to wear a helmet in a major American auto-racing event.

Segrave’s arrival in Daytona in 1927 marked the beginning of a new era in Land Speed Record history. In 1928 he was challenged and beaten by Malcolm Campbell and American Ray Keech before regaining the record at 231mph in 1929 aboard his Golden Arrow. Segrave also set the Water Speed Record in 1929 aboard his boat ‘Miss England’ only to be killed on Lake Windermere on June 13, 1930 while attempting to set a new record.

In succeeding years Malcolm Campbell’s succession of spectacular Bluebirds drove through the 240 and 250mph barriers in 1931 and ‘32, leaving the mark at 272.108 mph in 1933. That was the end of the era of record runs on Daytona Beach as everyone departed for the much safer, almost endlessly wide and hard-packed Bonneville Salt Flats in Utah where in time speeds would proceed through the 600mph and 700mph barriers. 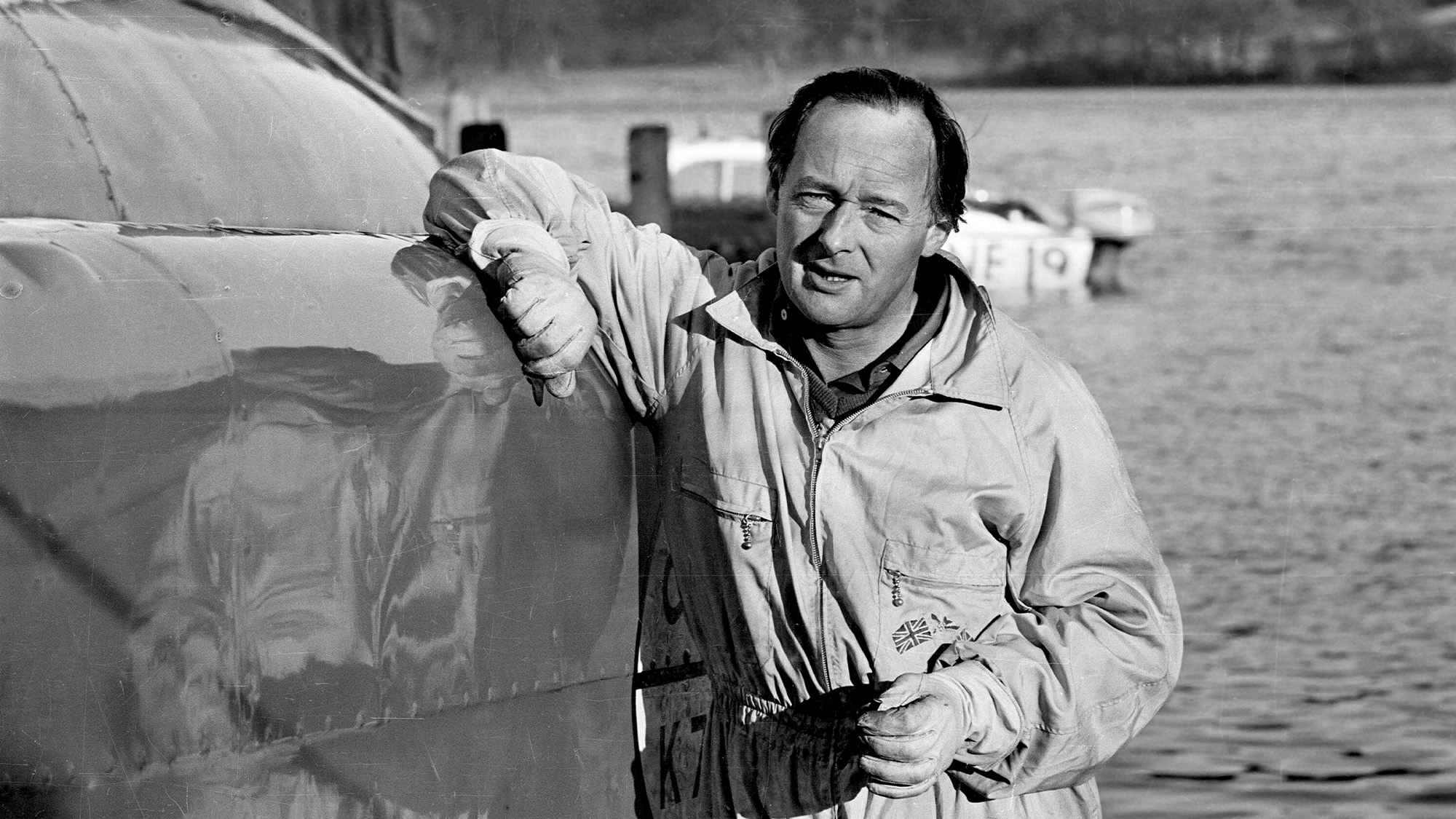