Father’s Day 2021 is fast approaching but our pick of gift ideas should ensure that you’ll find the ideal present for your Dad and receive it in plenty of time.

Whether he’s an F1 fanatic, a sports car specialist, or simply has an eye for style, the Motor Sport shop has assembled a range of artworks, models, signed memorabilia, books, cufflinks, watches and more, for a range of budgets.

Scroll down to see some of our favourite gifts in stock or click below to view the full selection of more than 800 products available from the Shop. 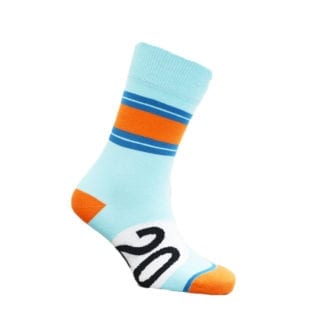 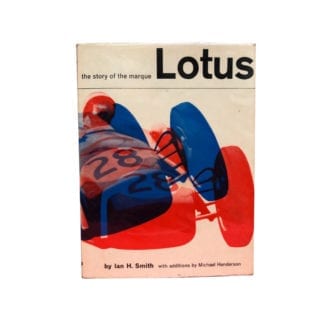 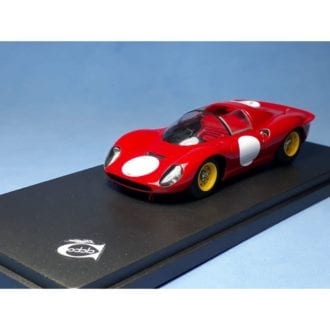 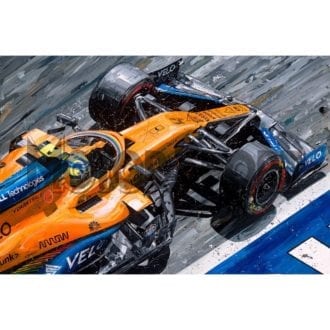 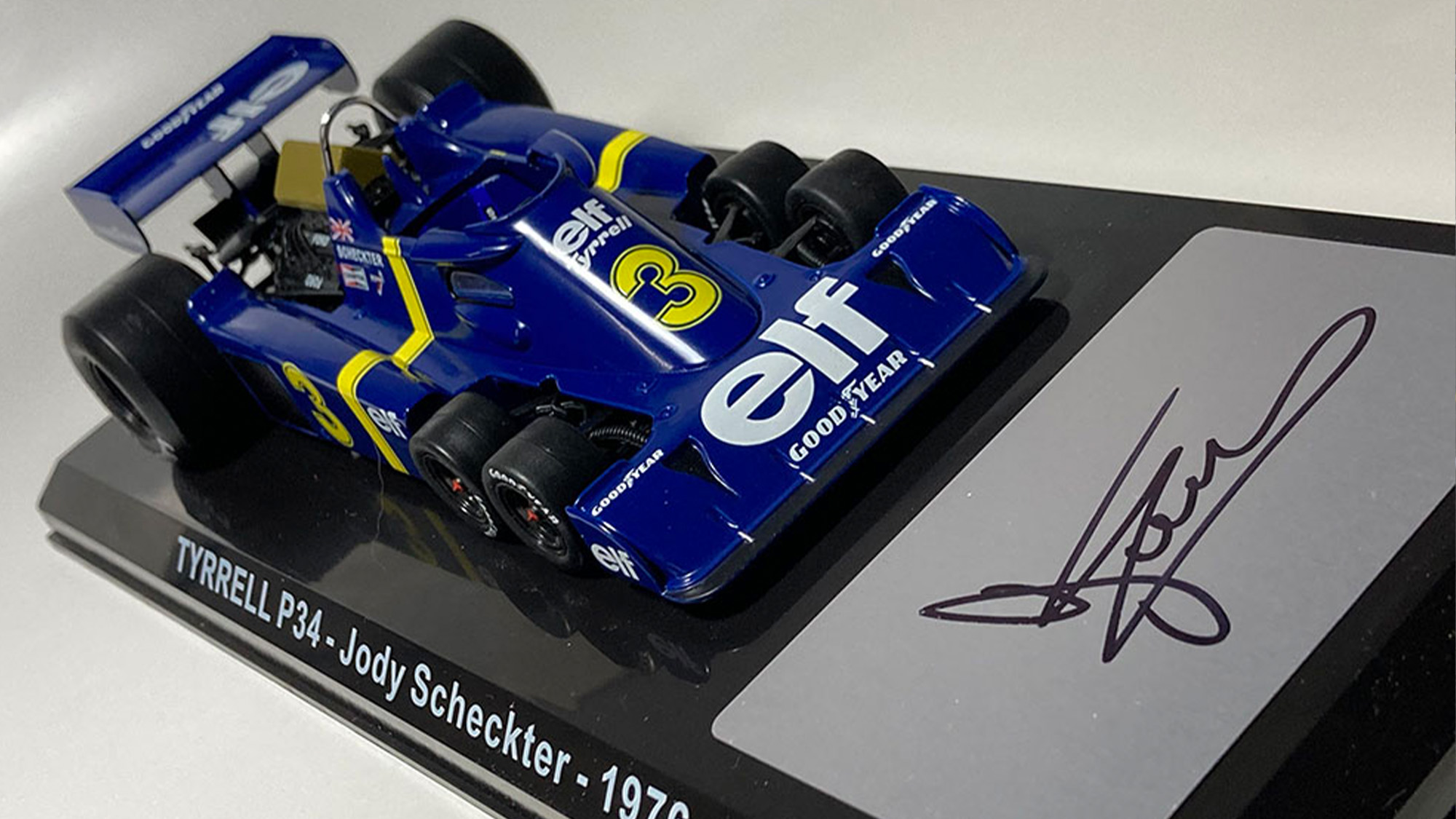 One of the most famous examples of F1 innovation; the six-wheeled Tyrrell P34 still captures the imagination, almost five decades after it appeared in 1976.

This 1:24 scale model is signed by Jody Scheckter who drove the car to victory in the 1976 Swedish Grand Prix, becoming the only driver to win in a six-wheeled car; a record which stands to this day.

Supplied with a certificate of authenticity, these models are ready to display, mounted on a base. There’s also the option of a smaller 1:43-scale model, also signed by Scheckter for £69.95. 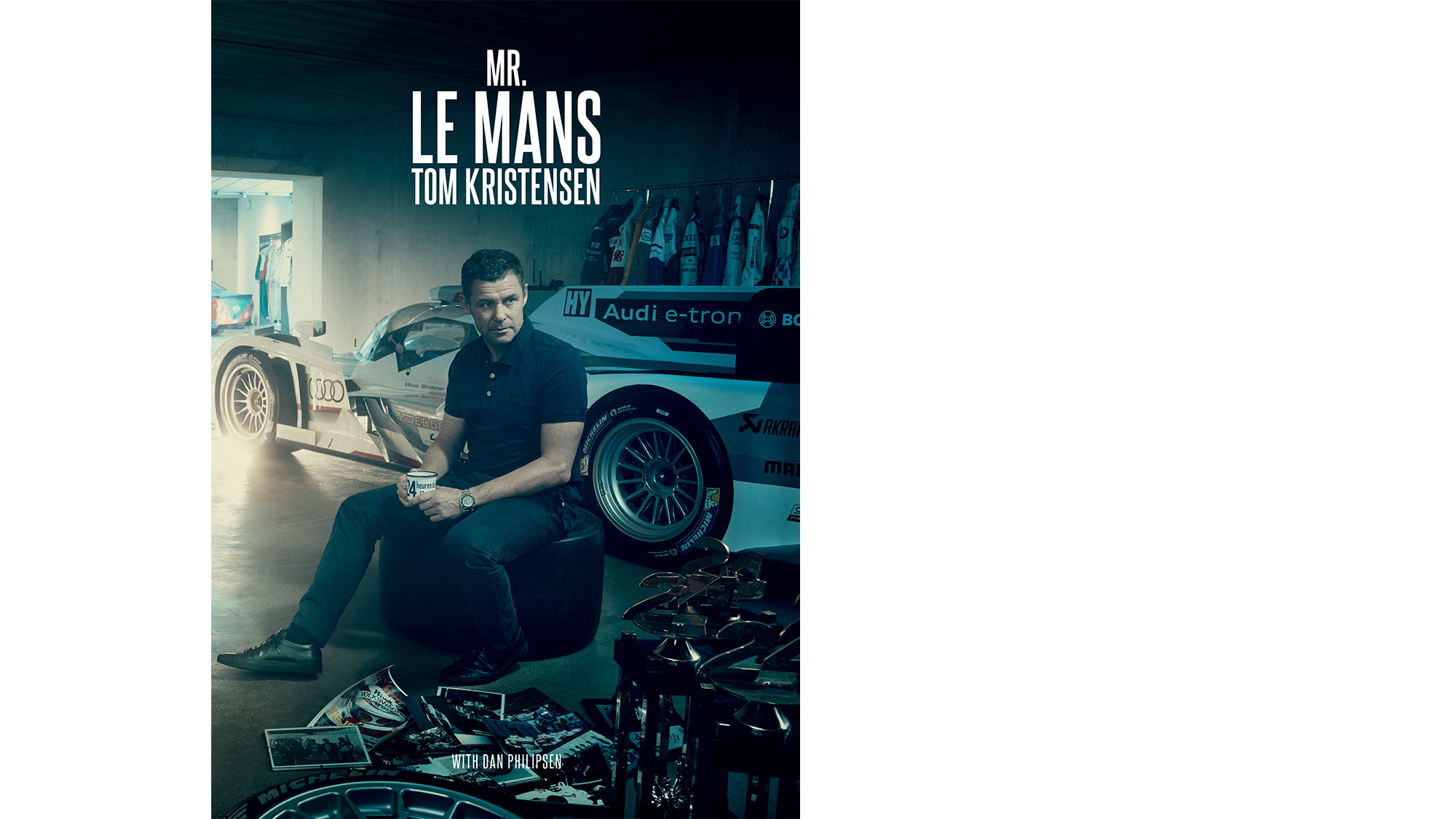 No driver has won the Le Mans 24 Hours race more than Tom Kristensen. And in his nine victorious years (plus a further five where he finished on the podium), he’s gathered plenty of tales. These are weaved together with personal reflections and insights into one of the all-time racing greats.

Along with collaborator Dan Philipsen, Kristensen recounts his climb up the racing ladder; his Le Mans debut, where he won as an underdog, and what it takes to remain at the pinnacle of endurance racing. It’s an inspirational book that will resonate with any Dad with an interest in motor sport. 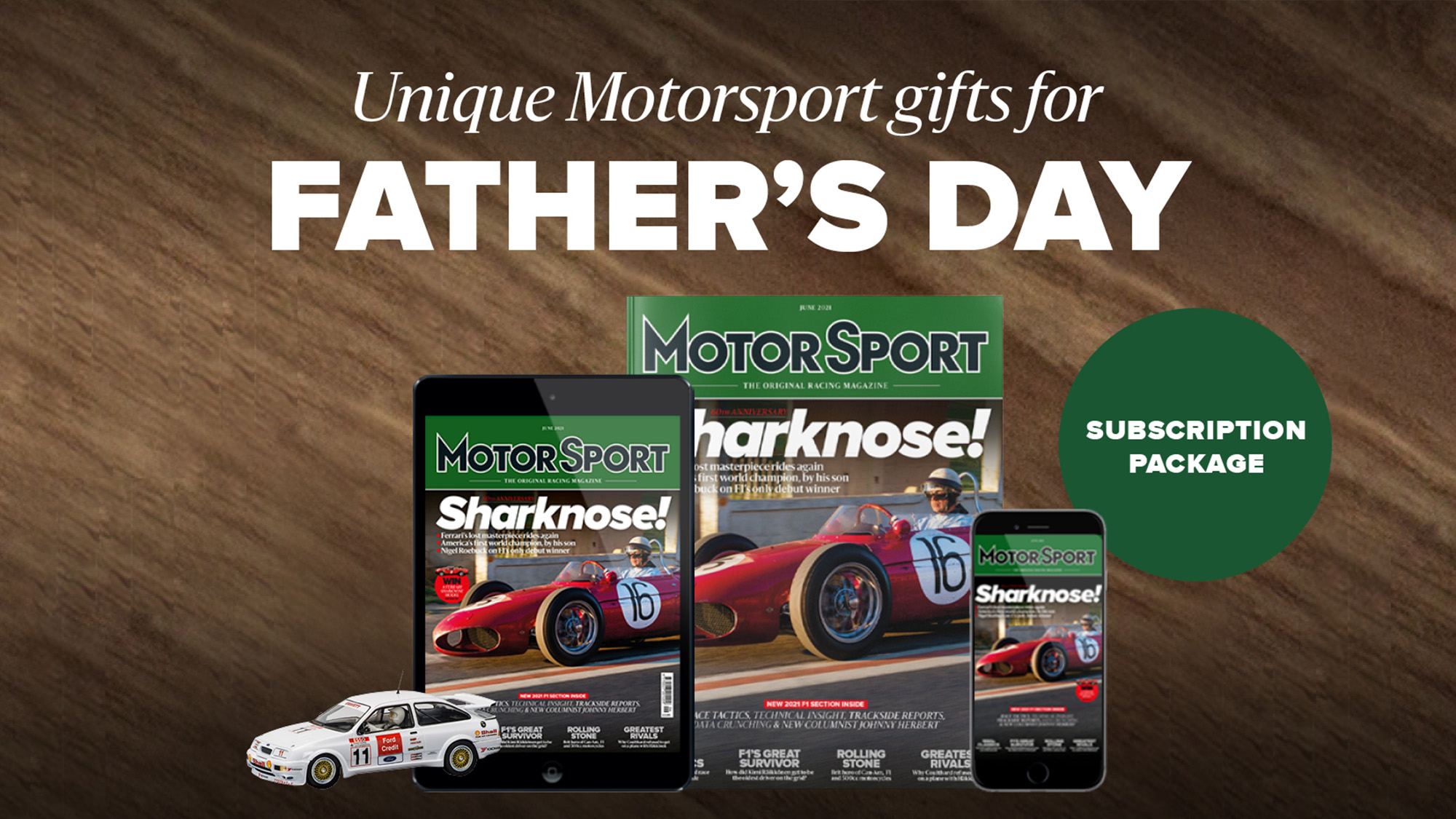 A subscription to Motor Sport won’t just guarantee your Dad 12 issues of brilliant columns and features from the past and present of racing, but he will also receive either membership to the Goodwood Road Racing Club or a special edition BTCC Ford Sierra, as driven by Robb Gravett.

This combined package includes a 12-month Motor Sport subscription, plus a year’s membership to the Goodwood Road Racing Club Fellowship

Robb Gravett won the 1990 British Touring Car Championship in convincing fashion with his Sierra, which is now replicated in slot form.

This subscription offer includes a year of Motor Sport magazines and full digital access for 45% of the retail price plus the Scalextric special edition. 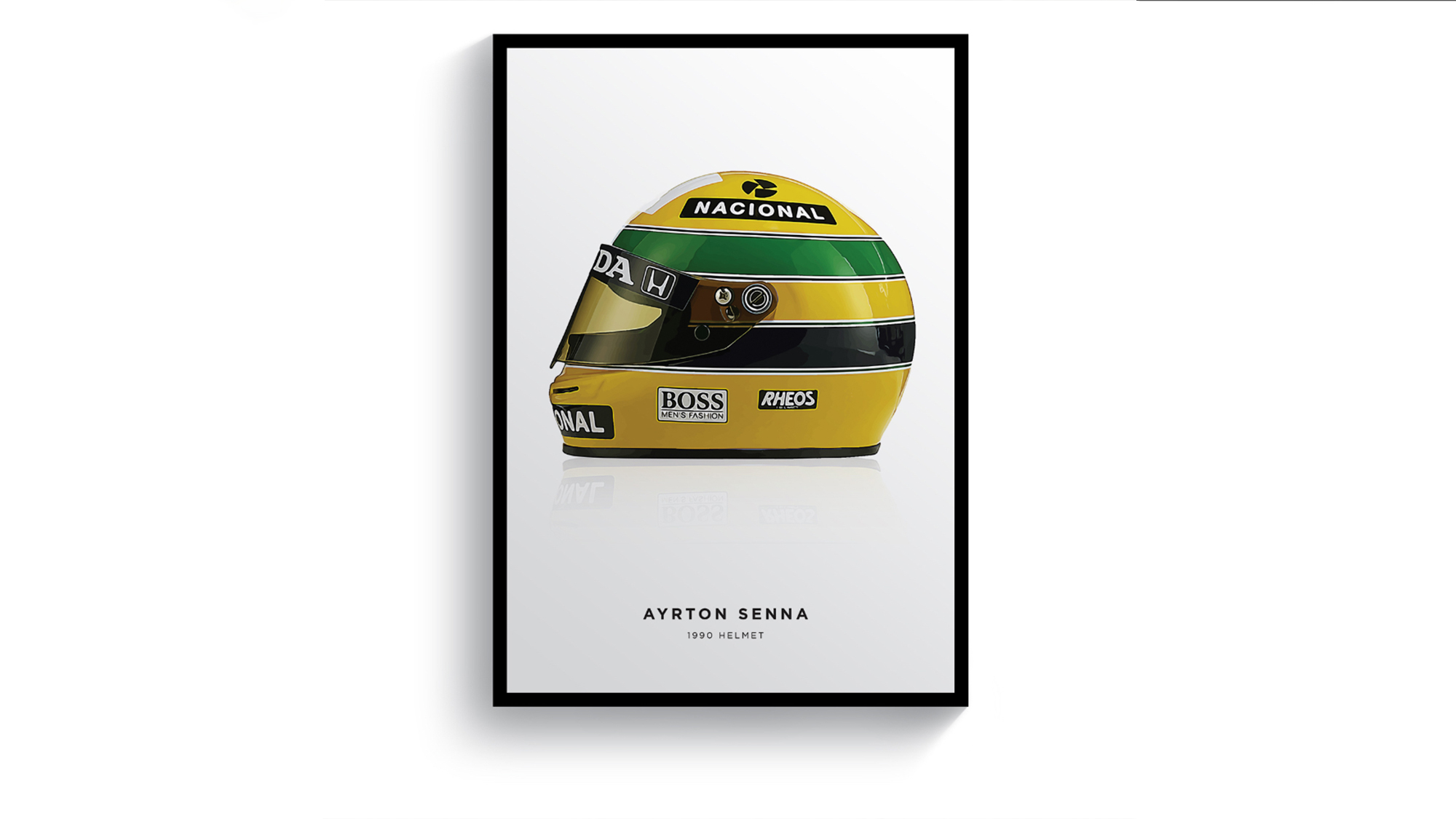 Commemorating Ayrton Senna’s championship-winning 1990 season, in which he battled all year with Ferrari’s Alain Prost, this striking print showcases the Brazilian’s famous yellow, green and black helmet from that year.

The artwork is available in a range of sizes, with smaller prints, up to A3, size printed on fine art texture paper; larger versions, up to A1 size, are printed on a high-quality textured linen material. 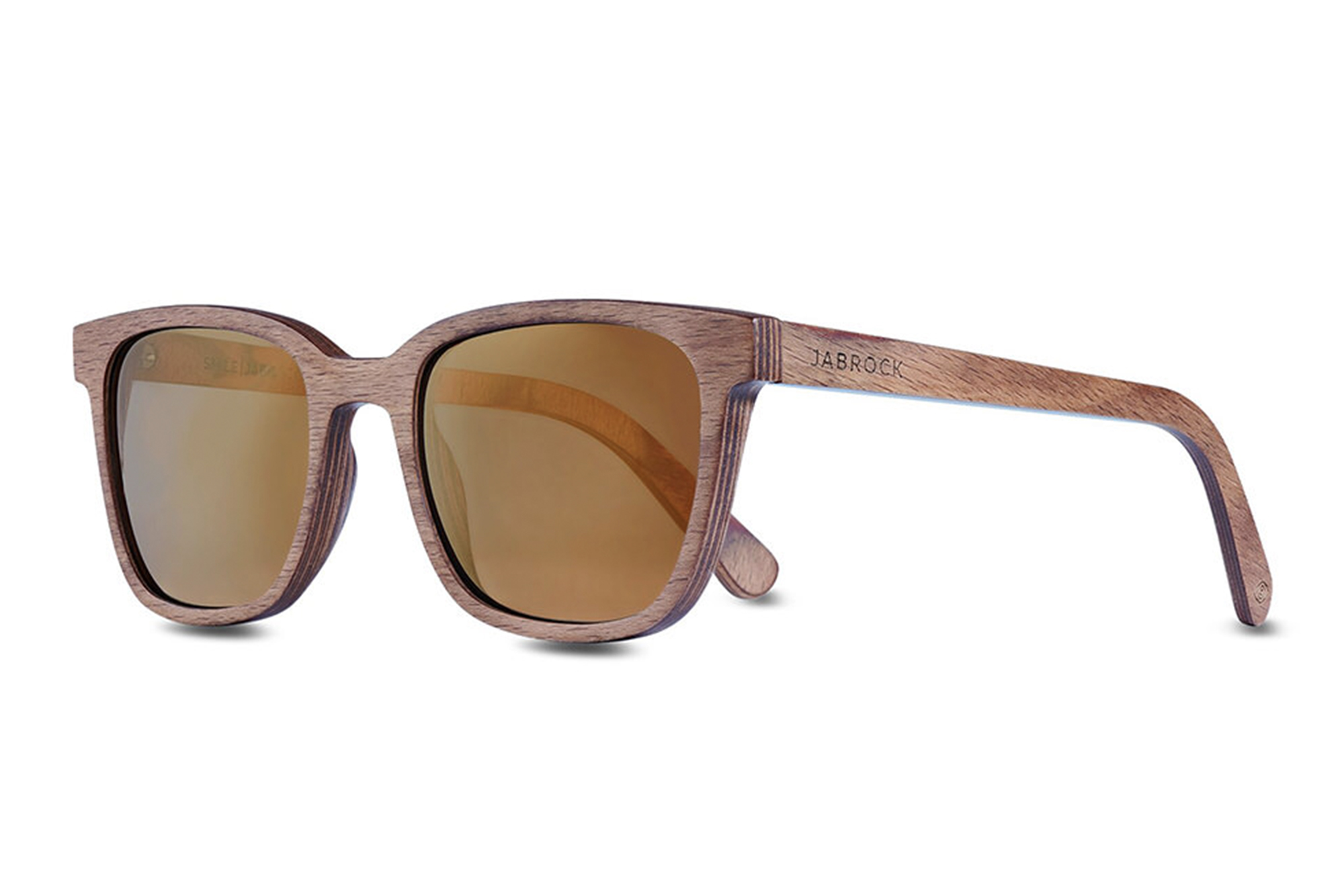 The high-strength Jabroc wood laminate is used for the plank underneath racing cars, but its hard-wearing, lightweight attributes also make it ideal for sunglasses.

These Jabrock Smile glasses should fit most face types, and include polarised lenses with full UVA/UVB protection with green anti-reflective coating for the inner side of the lens to reduce glare. 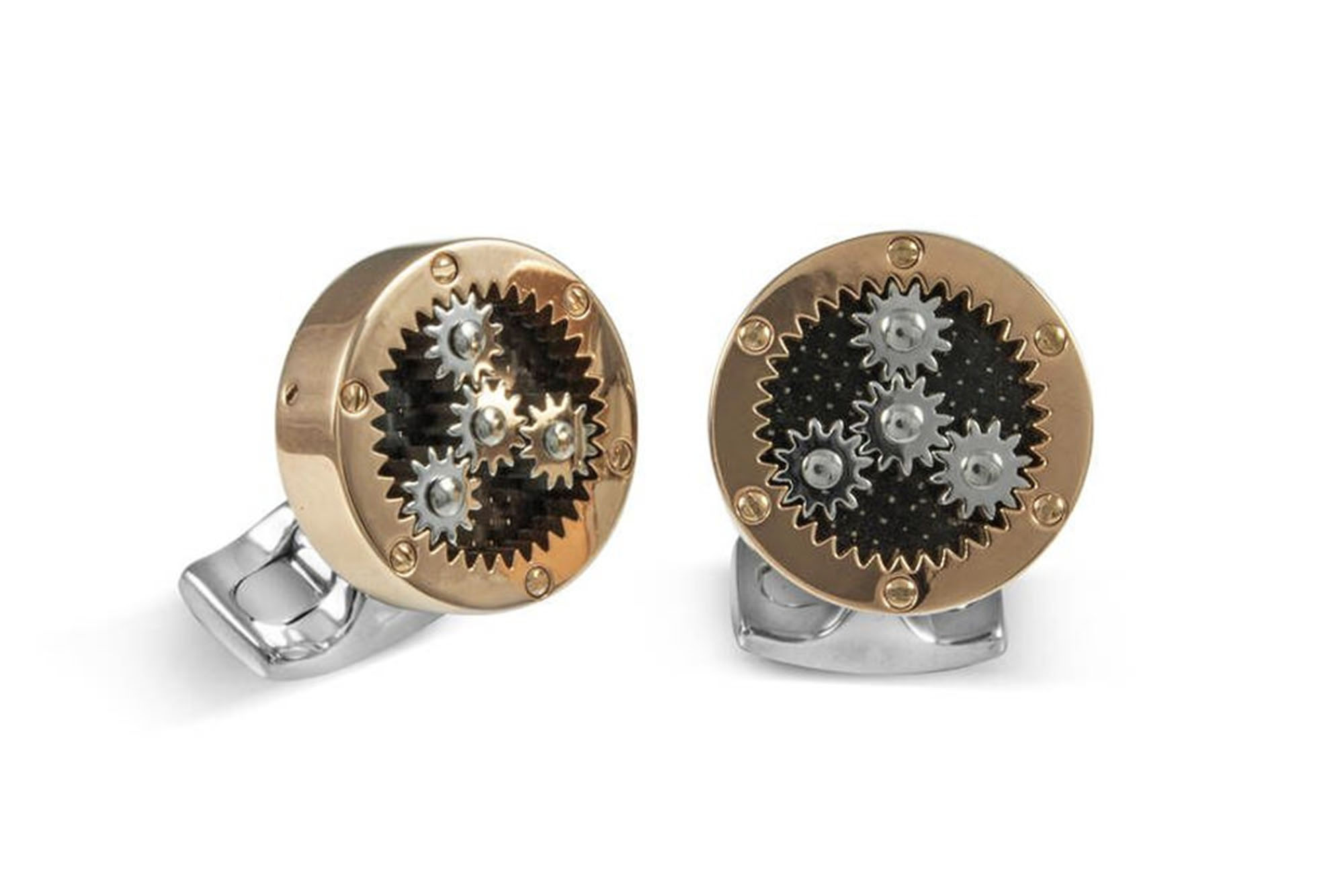 High precision engineering for your sleeve – provided by the Mechanical Gear Cufflinks.

Twist the outer rim of these stylish cufflinks and watch as the rose gold-plated rhodium cogs smoothly rotate and turn.

Presented in a smart black cufflink box as befits such a stunning piece of jewellery, these cufflinks make a great gift on Father’s Day. 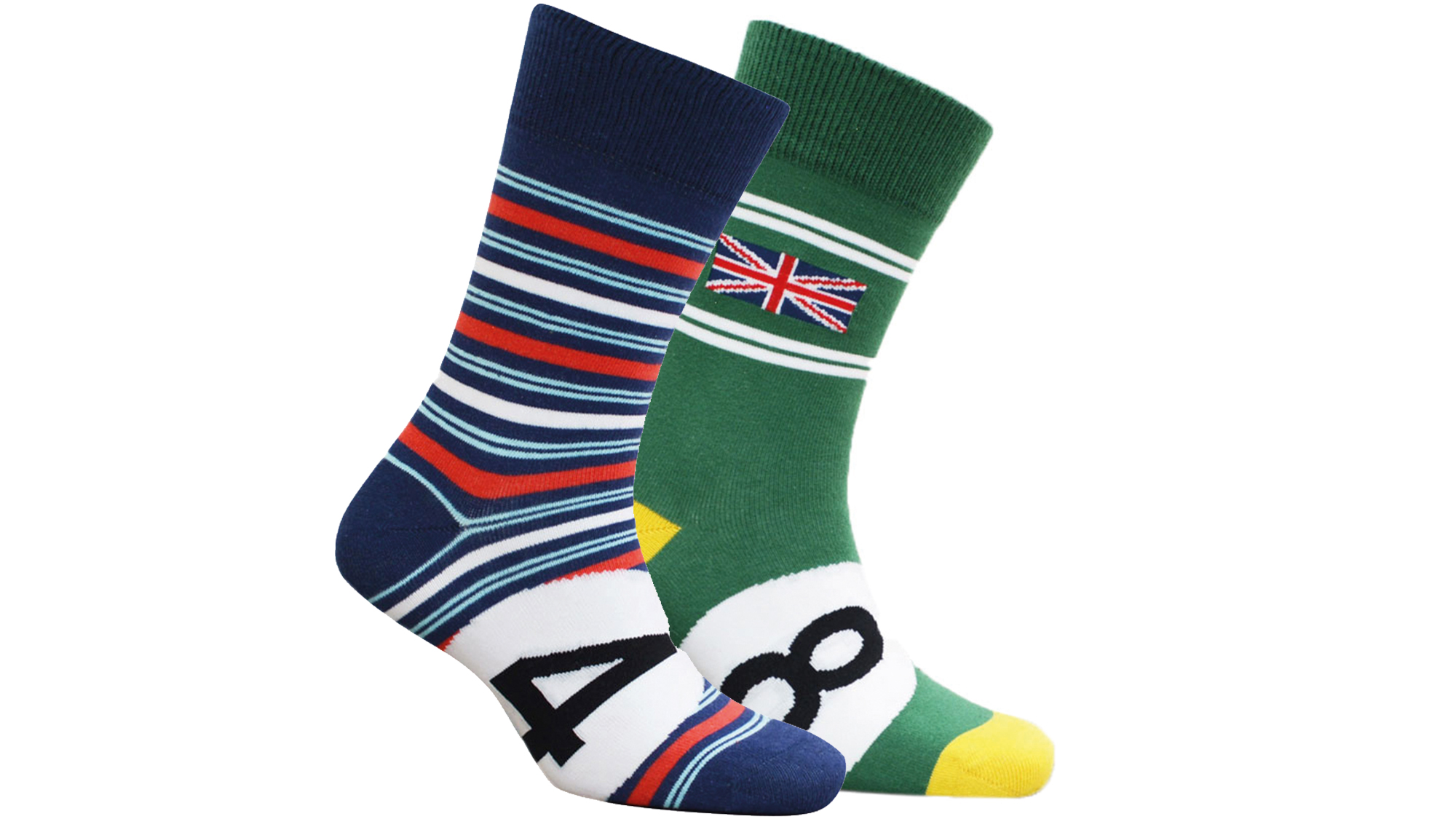 Treat your feet to some of motor racing’s most famous liveries. Cleverly designed with a discreet pattern around the ankle, with the full racing number revealed when you take off your shoes, these Motoring leg-ends socks can be worn anywhere. Pick from Gulf blue and orange; Italian red; JPS black and gold; Bugatti blue; chequered flag or the Martini stripes and British racing green shown above. 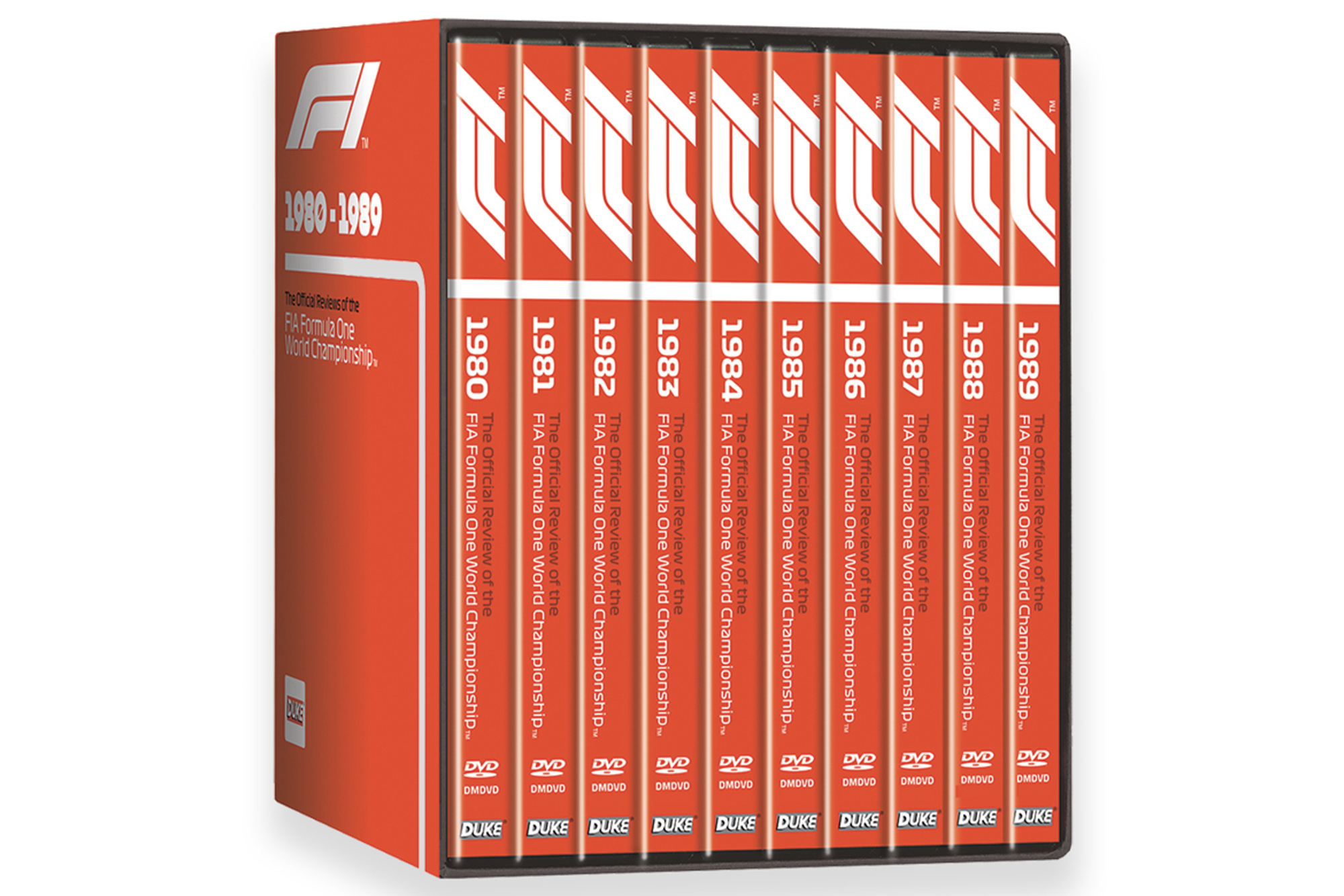 Catch up on an epic period of the F1 story with full highlights of 1980-1989, a decade where championships typically went down to the wire; Niki Lauda won a third title by just half a point, and Keke Rosberg became champion after a single race victory.

Nelson Piquet took three championships; Nigel Mansell missed out; and the rise of Ayrton Senna brought one of the sport’s most famous rivalries. 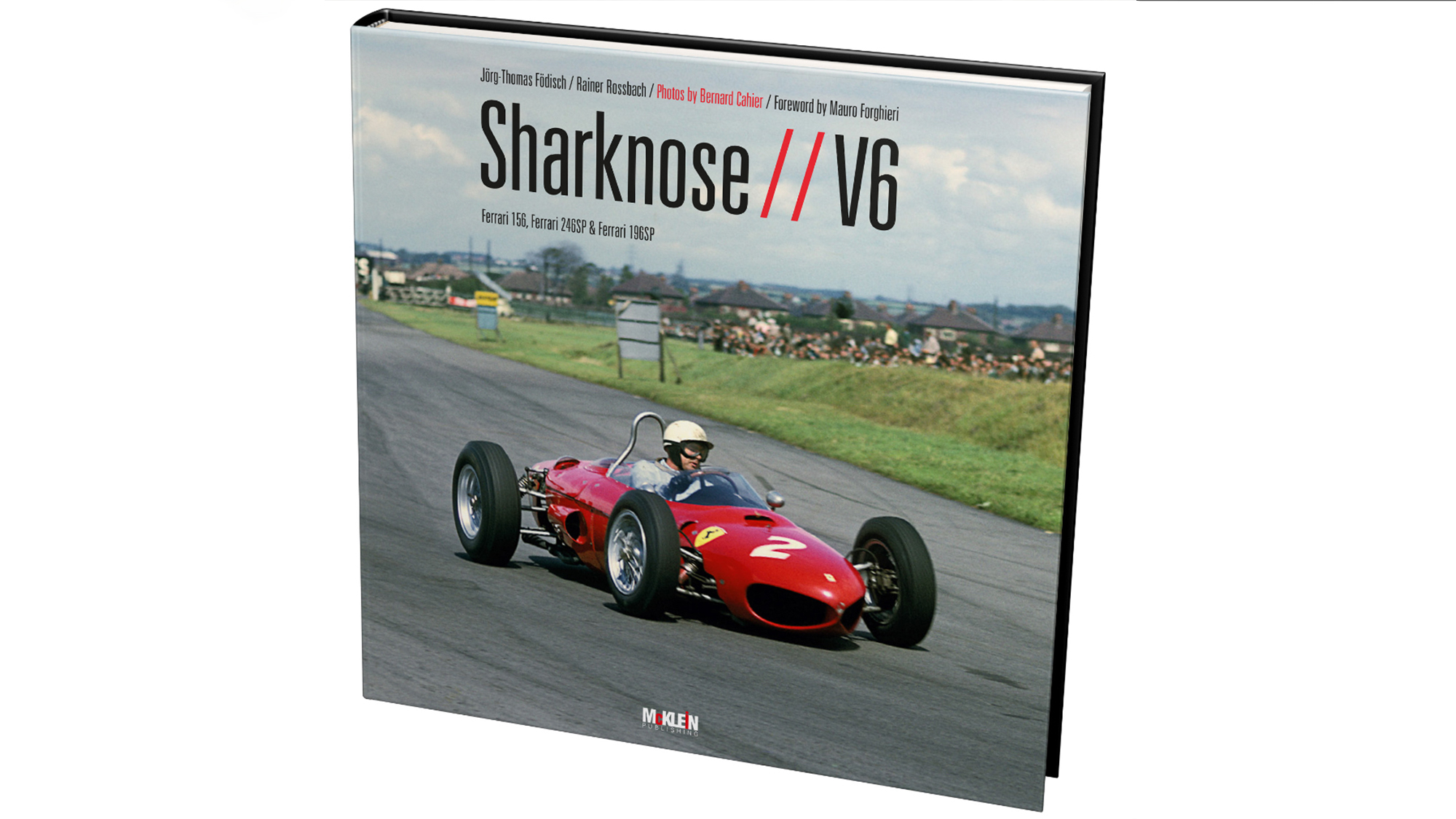 If you’re determined to make your Dad’s Father’s Day, then this book will go a long way to making it happen.

This lavish 432-page volume tells the story of the iconic Ferrari 156 with new, previously unpublished photographs by Bernard Cahier; detailed race-by-race tales, plus tales of the drivers and engineers behind the car; and attempts to replicate the machine in the modern era — after all originals were described.

definitive record of Ayrton Senna’s racing life provides detailed coverage of every single car race in which he competed, including Formula Ford, Formula 3 and Formula 1, in addition to one-off appearances and tests in other categories, such as the World Sports Car Championship and Indycar.

It’s a detailed history of the car that dominated the 1961 F1 season. 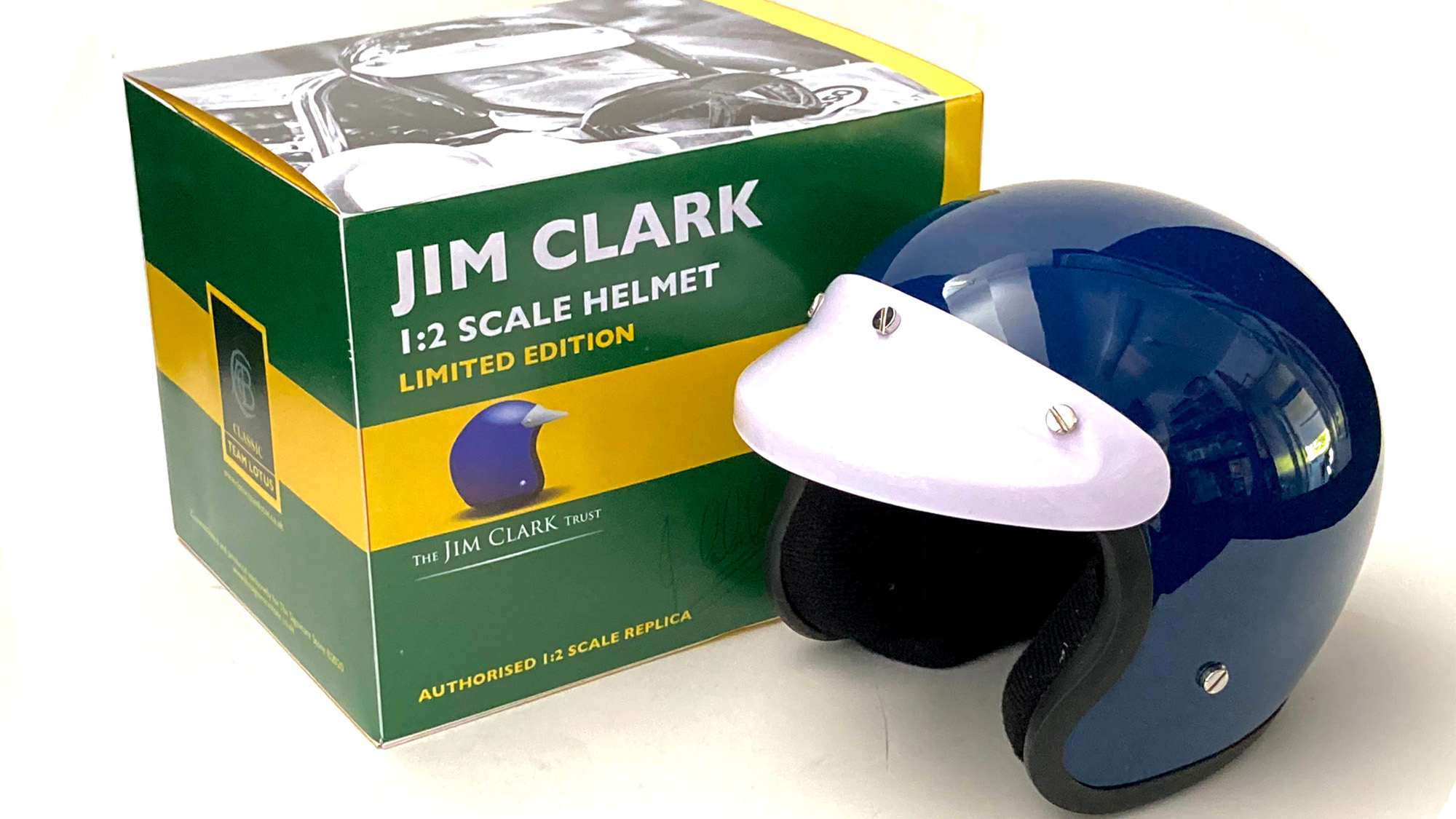 The design is simple but its familiar sight immediately conjures up the majestic talent of Jim Clark. This half-scale replica of the Scot’s helmet pays tribute to the talent underneath the visor. 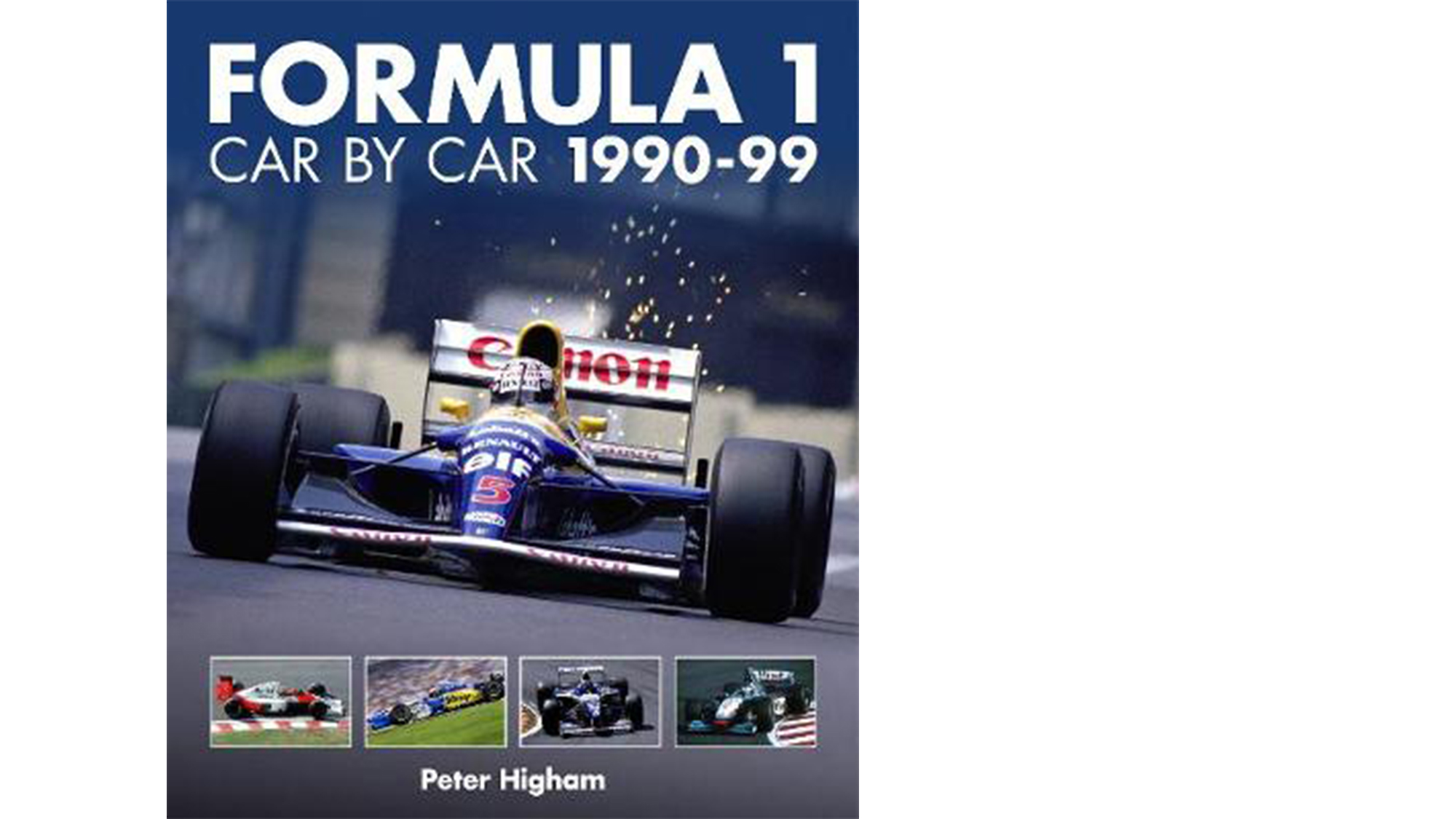 Detailing every car during one of Formula 1’s most exciting periods, this comprehensive new book covers the title-winning McLarens, Williams and Benettons of the 1990s, as well as those who raced behind them on the grid — plus several that never made the grid at all.

Each season is explored in-depth, examining each of the teams and their cars, accompanied by more than 550 colour photographs. 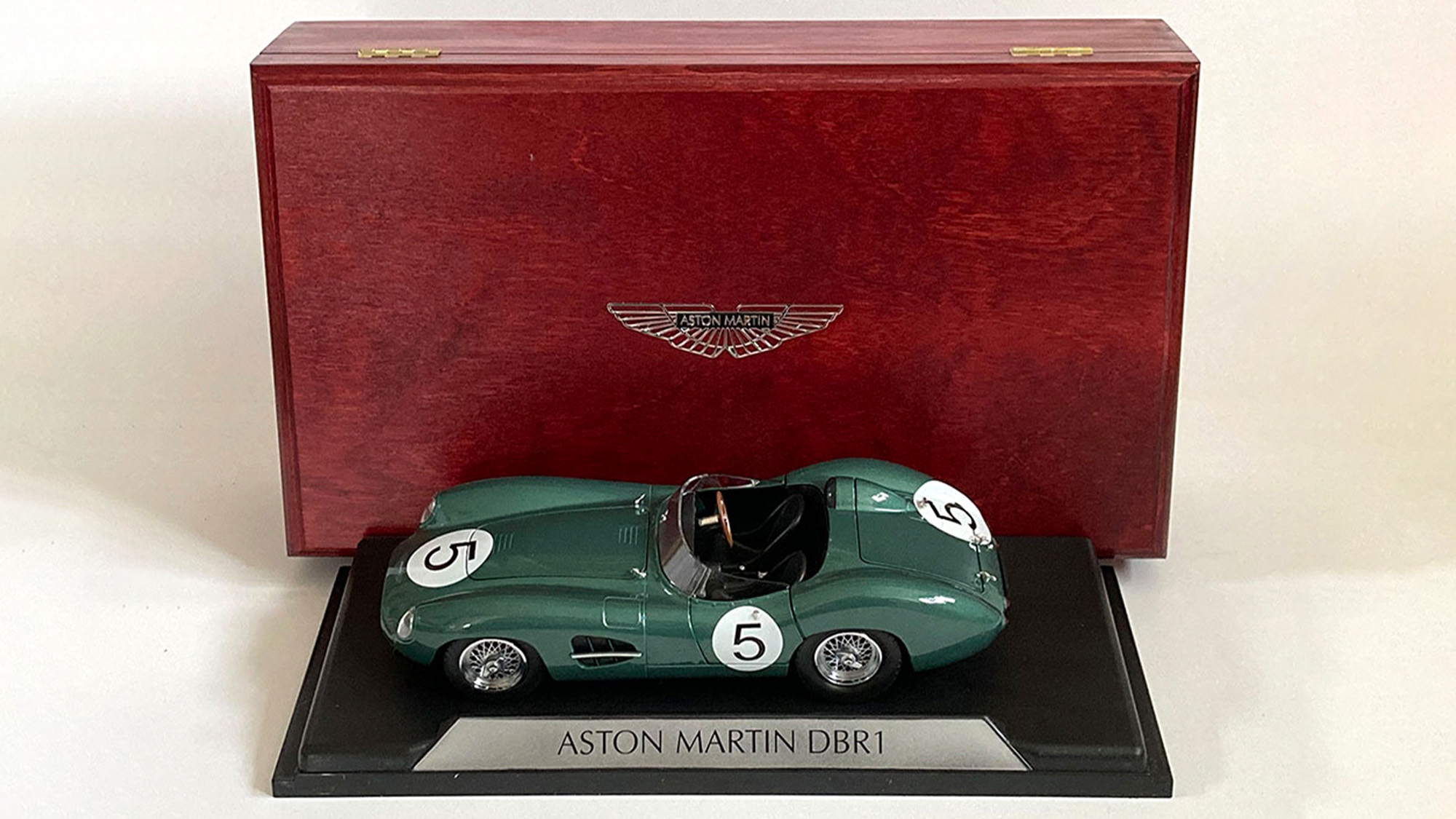 Signed by Carroll Shelby, this model recreates the Aston Martin DBR1 in which he and Roy Salvadori won the 1959 Le Mans 24 Hours.

It remains the greatest Aston Martin racing triumph, coming at the end of a decade in which its cars had always fallen short at the legendary race.

But with Stirling Moss playing the role of ‘hare’ by racing into the lead and luring the Ferraris to lap at car-breaking pace, the scene was finally set for an Aston victory. Moss’s machine failed, and so did the Ferraris, leaving the path was clear for Salvadori and Shelby to win.

That victory is celebrated here in 1:18 scale. The model comes in a mahogany wood finish box with brass fittings, along with a certificate of authenticity. 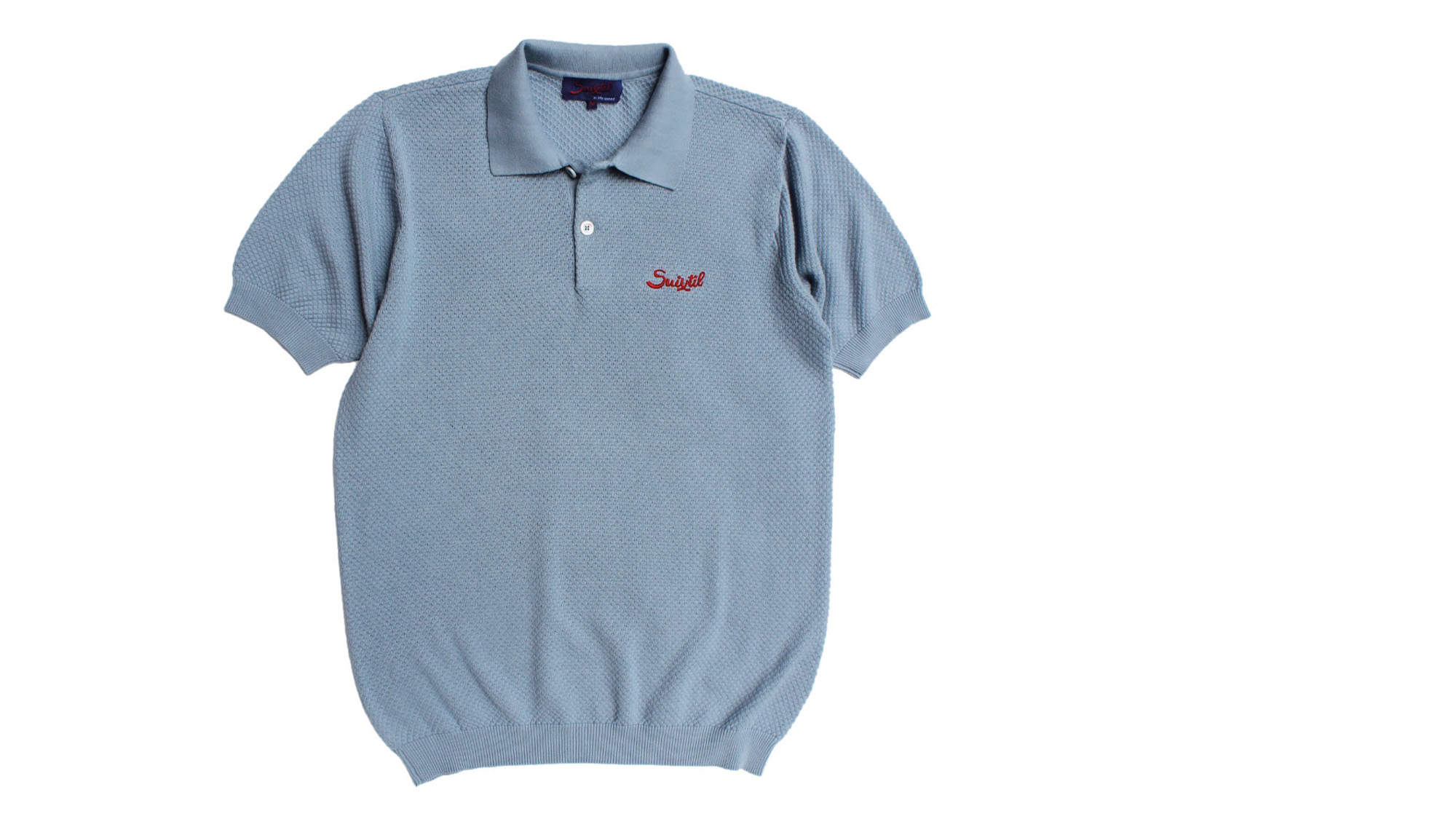 We’ll never return to the glamour of ’50s racing where you could perch on a hay bale and make eye contact with drivers as they raced by, but that doesn’t mean you can’t recreate the look.

This knitted cotton polo shirt, inspired by the ’50s and ’60s attire of Stirling Moss, offers timeless style, whether your dad can remember the era or not.

Can’t see what you’re looking for?

Click below to browse more than 800 options in the shop 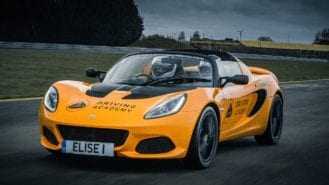 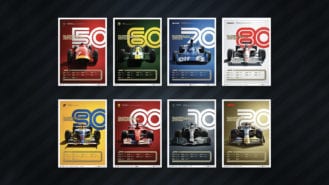 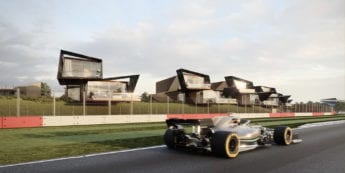 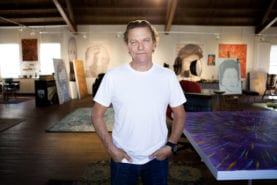