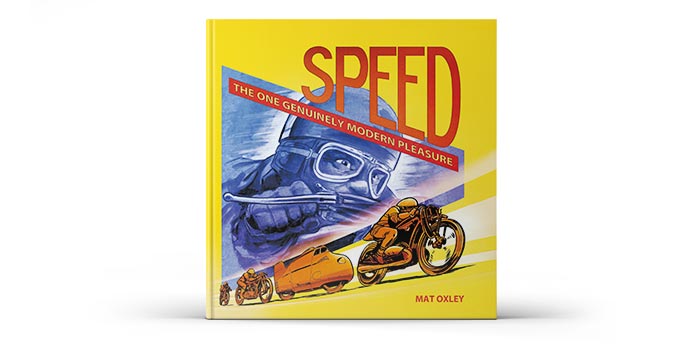 What do Aldous Huxley, Lawrence of Arabia, Richard III and James Joyce have in common? They all appear in the first few pages of this remarkable new book by Mat Oxley. To say that its avowed intent is to tell the history of speed on two wheels would be to understate its sheer variety. The reader is pinged from 19th century Europe to the 2007 oil boom film There Will be Bloodvia road racing in Ireland, WWII and a volcanic eruption in Indonesia.

The book is roughly split into two parts. The first covers early racing pioneers – Brooklands, US board-track racing (Motor Sport, July) and the birth of the TT. The second focuses on land speed records and introduces characters you simply couldn’t make up.

Examples? The wonderfully named Eric Crudgington Fernihough, an eccentric Cambridge engineering graduate who dedicated his life to setting and breaking motorcycle speed records. And German Ernst Henne, who in 1926 fell into a coma after crashing and fracturing his skull. An obituary was published in the local paper, but Henne woke up and discharged himself from hospital only for the horse pulling his carriage to bolt and pitch him out, knocking him unconscious again. “Every time I woke up to see people in white coats I knew something must have happened,” he said.

Time and again the reader finds themselves marvelling at Oxley’s depth of research and uncanny knack for alighting on the killer fact that illuminates a racing curio. But he never loses sight of the broader picture, which gives the book its fine sense of historical context.

This self-published work is both a labour of love – and a triumph.

Speed The One Genuinely Modern Pleasure by Mat Oxley is available to buy from the Motor Sport shop.