The shops are shut, it’s too late for delivery, and Santa won’t wait for any last-minute shopper.

If you’re buying for a racing fan, then it’s beginning to look a lot like they’ll be getting a driving experience voucher for Christmas.

But — despite the late timing — you’ll want to ensure that it’s a day they’ll remember: more than just a few supervised laps in a sports car but without the intensity of full-on racing driver training.

Slotting neatly into the middle are driving academy days offering arrive-and-drive professional, with a focus on developing skills as well as having fun.

My Elise ended up pointing the wrong way on the skid pad more often than I’d like to admit.

There are plenty of options: Porsche, BMW, Caterham and Ginetta are among those running training sessions, along with Lotus.

But how much can you improve on a single day? That was the question I was looking to answer as I pulled into the Hethel car park earlier this year, at the wheel of my 1.2-litre Chevrolet Aveo, the most powerful car that I’ve ever owned.

The Academy’s team of instructors include former Lotus F1 driver Martin Donnelly and there’s a strong emotional pull too because it’s all set at the Hethel track which – as Lotus isn’t shy of reminding you – saw Jim Clark, Nigel Mansell, Ayrton Senna and Kimi Räikkönen test, and where legendary road cars were honed. 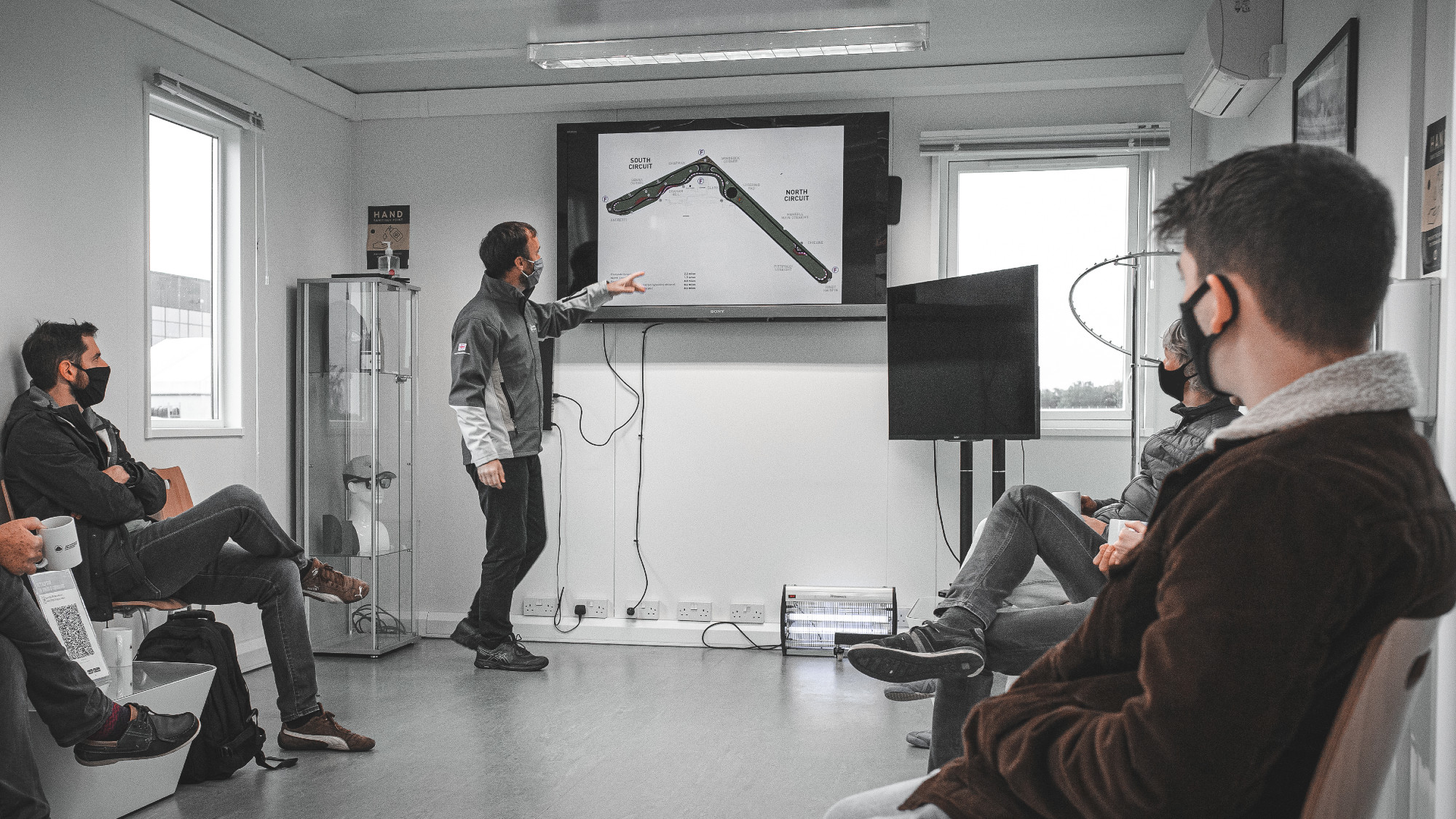 A briefing in the morning sets the scene and after that, you’re quickly in the car

It’s a stone’s-throw from the factory where the current-generation of cars are built and where the next-generation, all-electric Evija is being developed. A factory tour is also thrown in as part of each package.

Among the options are a series of driver training packages, starting at Bronze level for £499. Fresh from re-watching onboard footage of the F1 season and a nifty drive to Hethel in the Aveo, I went straight in at Silver (cost £599).

Still aimed at novices, it’s a course designed to get you comfortable with the Elise 220 Sport, offering a mix of skid pad, slalom and braking sessions so you can start to get the best from the supercharged 217bhp two-seater that accelerates from 0-60mph in 4.2 seconds.

The Norfolk drizzle played havoc with the braking points

It’s child’s play for my instructor on the day, the LMP1 and LMP2 driver Rob Barff, who remained admirably patient as my Elise ended up pointing the wrong way on the skid pad more often than I’d like to admit.

There’s time between sessions to watch enviously as fellow guests nail the art of drifting and to compare notes: “How many spins!?”

Your knowledge grows naturally. One moment you’re being shown the gear shift pattern, the next you’re running through the dynamics of direction changes through the Senna Curves.

A basic-looking slalom run provides plenty of opportunity for more errors; the deliberately tight course forcing you to think beyond the next corner. 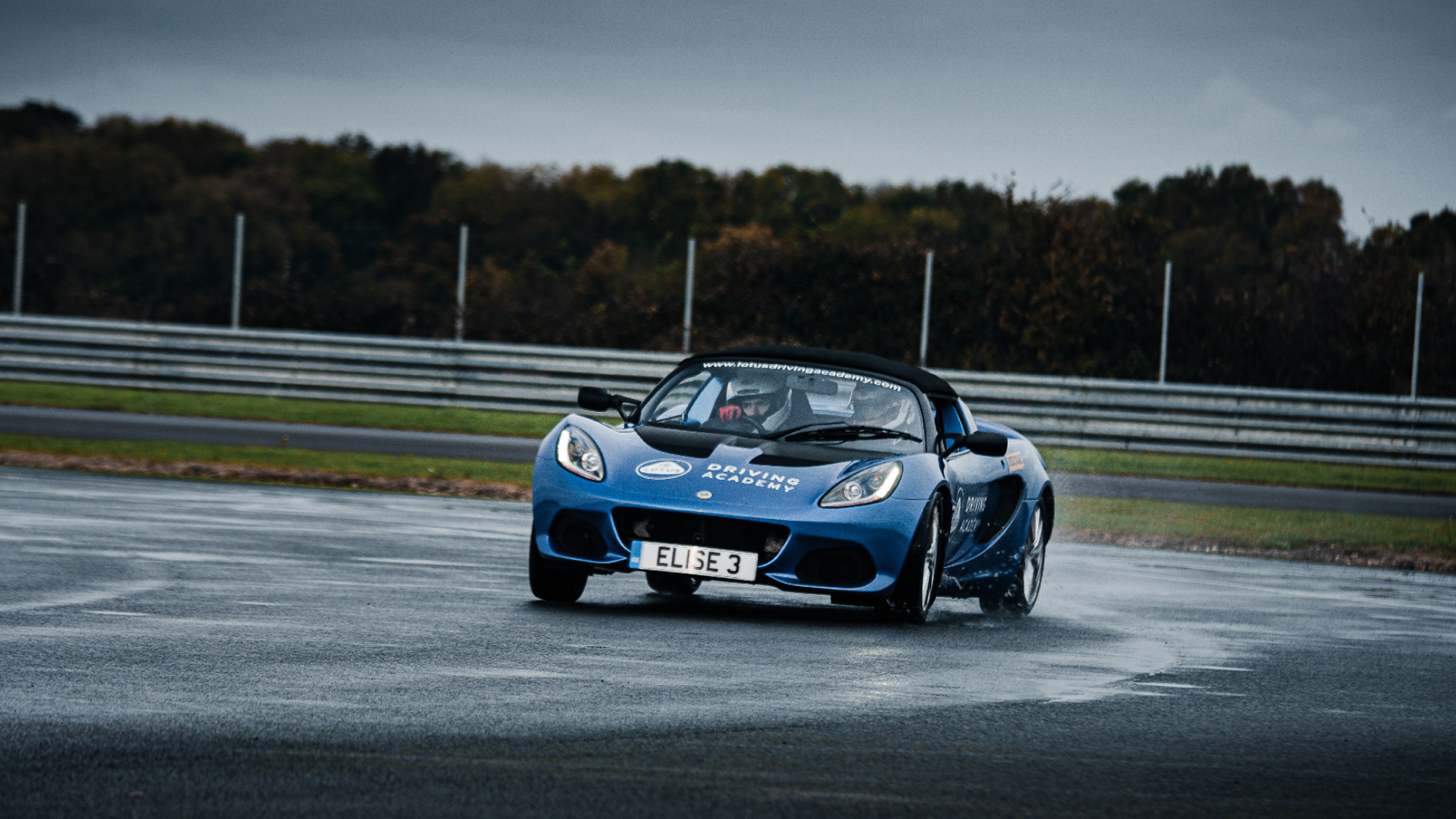 All the time, there’s increasingly critical — but good-natured feedback from Barff. It’s much more than a Sunday drive in a fast car; I’m learning and immediately testing myself.

One final practice session remains and that is braking. The challenge of extracting the maximum in the braking zones in a car as light as the Elise can win vital time over the course of a lap.

How to go racing: The first test

Thanks to Radical Sportscars, our staff photographer Lyndon McNeil fulfilling his dream of going racing, and charting each step along the way. With his licence gained, it’s time for his…

Sounds easy, and I’d have rated my chances if the entirely predictable Norfolk drizzle hadn’t played havoc with the braking points.

Ending up five metres past the target cone wasn’t my finest moment — an expensive error at some circuits but thankfully a moment to laugh at on the open-plan Hethel track.

And then comes the moment to put it all together: accelerating out of the pitlane into the latter stages of the technical Graham Hill section, I move out towards the edge of the track before bringing it back, hitting a late apex on the exit of the Andretti hairpin before attacking the Senna curves. 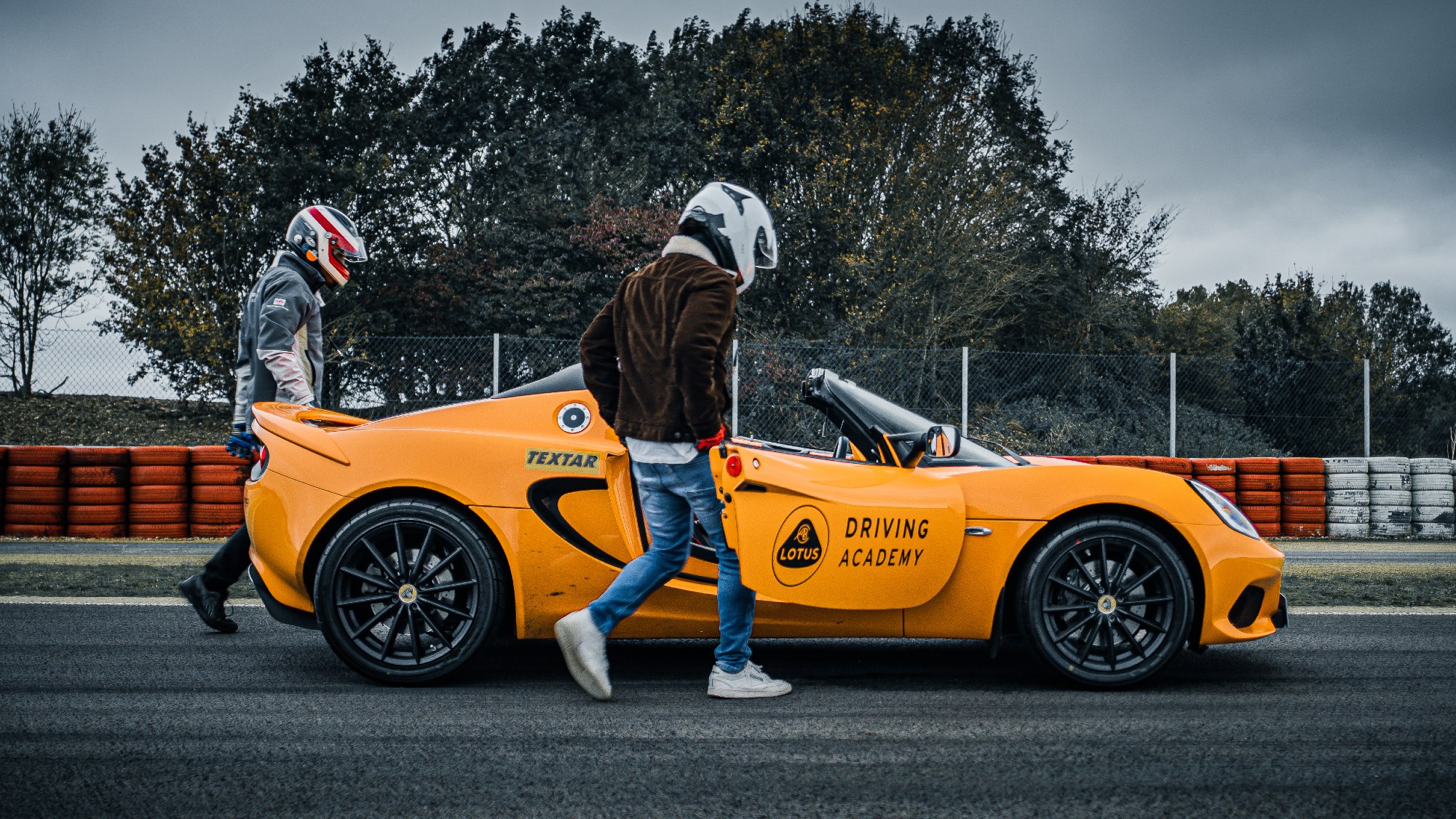 The lessons from earlier in the day haven’t quite built a muscle memory, but I’m using every element of newfound car control and knowledge to go faster lap after lap.

I’m getting as close to the grass as I dare but I’m still wary of the exit at the Rindt chicane. Instinct tells you to push down on the throttle for the best run out on to the Fittipaldi Straight. But with a steel barrier on the outside and damp tarmac, I’d be asking for trouble if I tried.

Barff continues coaching as I complete 15 laps, eager to see my improvement as a result of his tuition. There’s encouragement and only the faintest hint of exasperation when I skip the chicane a few times as my ambition exceeds my talent.

And then it’s time to find out how it should really be done, with Barff taking the wheel and lapping at a paced I couldn’t hope to match.

Unless, perhaps, I move on to the £799 Gold course to learn heel-and-toeing in a supercharged V6, or the £1,499 Platinum level where data is introduced into the equation…

As I pulled out of the car park in the Aveo – brake and throttle not quite as responsive as I’d grown used to over the day – I was a better driver to the tune of several seconds over a lap. Not that it would make much difference in traffic on the A47 heading home.