The striking new X95 yacht from Princess Yachts, offering more interior and exterior space than comparable craft, will be unveiled in an online launch later this month.

The flagship vessel is nearing completion at its Plymouth base, and will be shown in full for the first time during the live event.

Over several hours, viewers will be taken round the all-new design, as part of a tour that includes the concept, development and build stages of its creation.

The main deck interior covers the majority of the yacht’s surface while the new Super Flybridge allows for 10 per cent more outdoor space and 40 per cent more indoor space versus a traditional motor yacht.

Design house Pininfarina, well-known for its 60 years of designing Ferraris, helped naval architect Olesinski to pen the the sleek lines and innovative architecture responsible for the X95’s appearance and its improved performance.

The redesigned hull is 15 per cent more efficient than traditional designs, with a new wave-piercing bow that provides a high deadrise entry.

Up to eight guests can be comfortably hosted on board on the lower deck, with a number of layouts available. 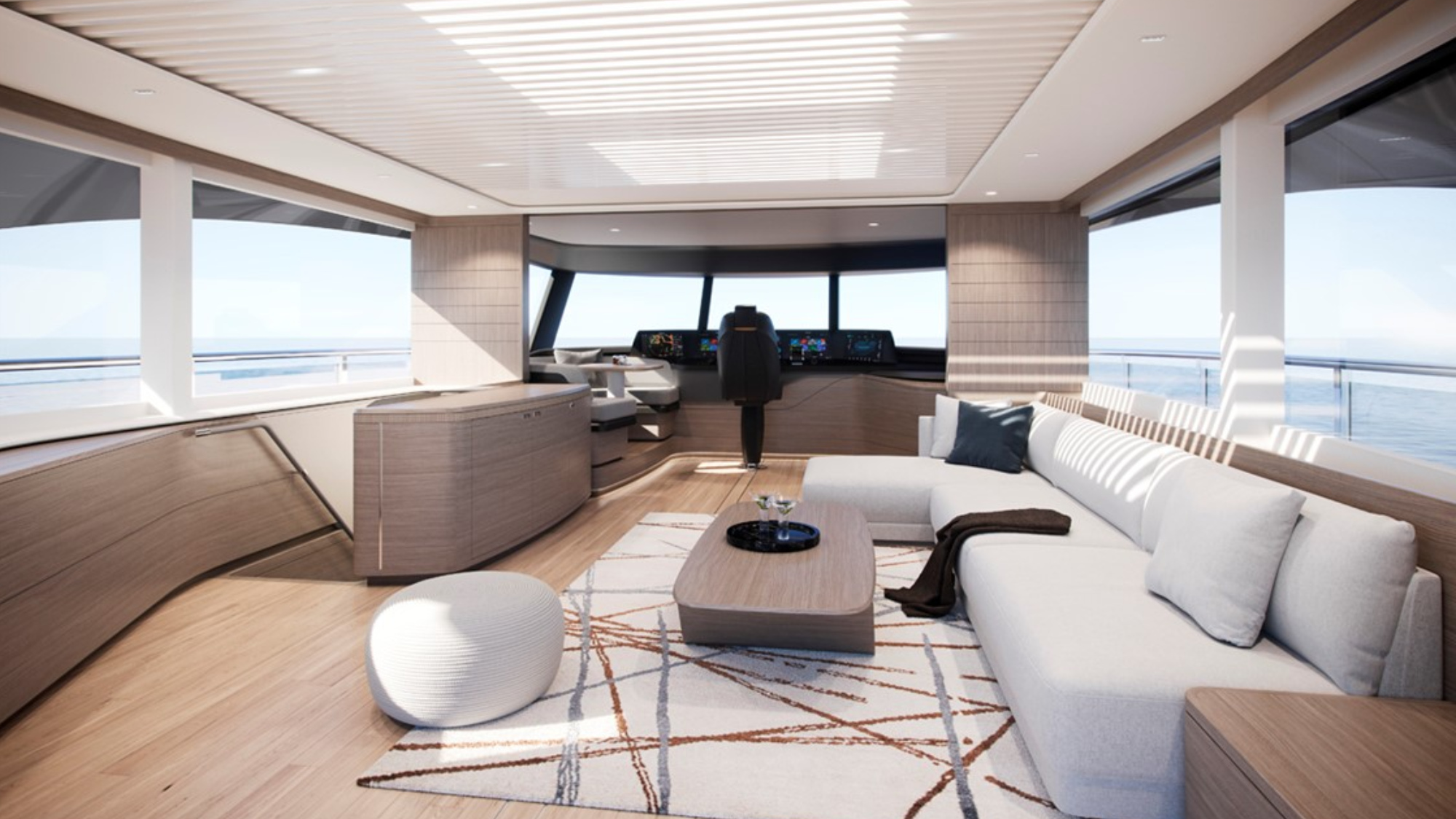 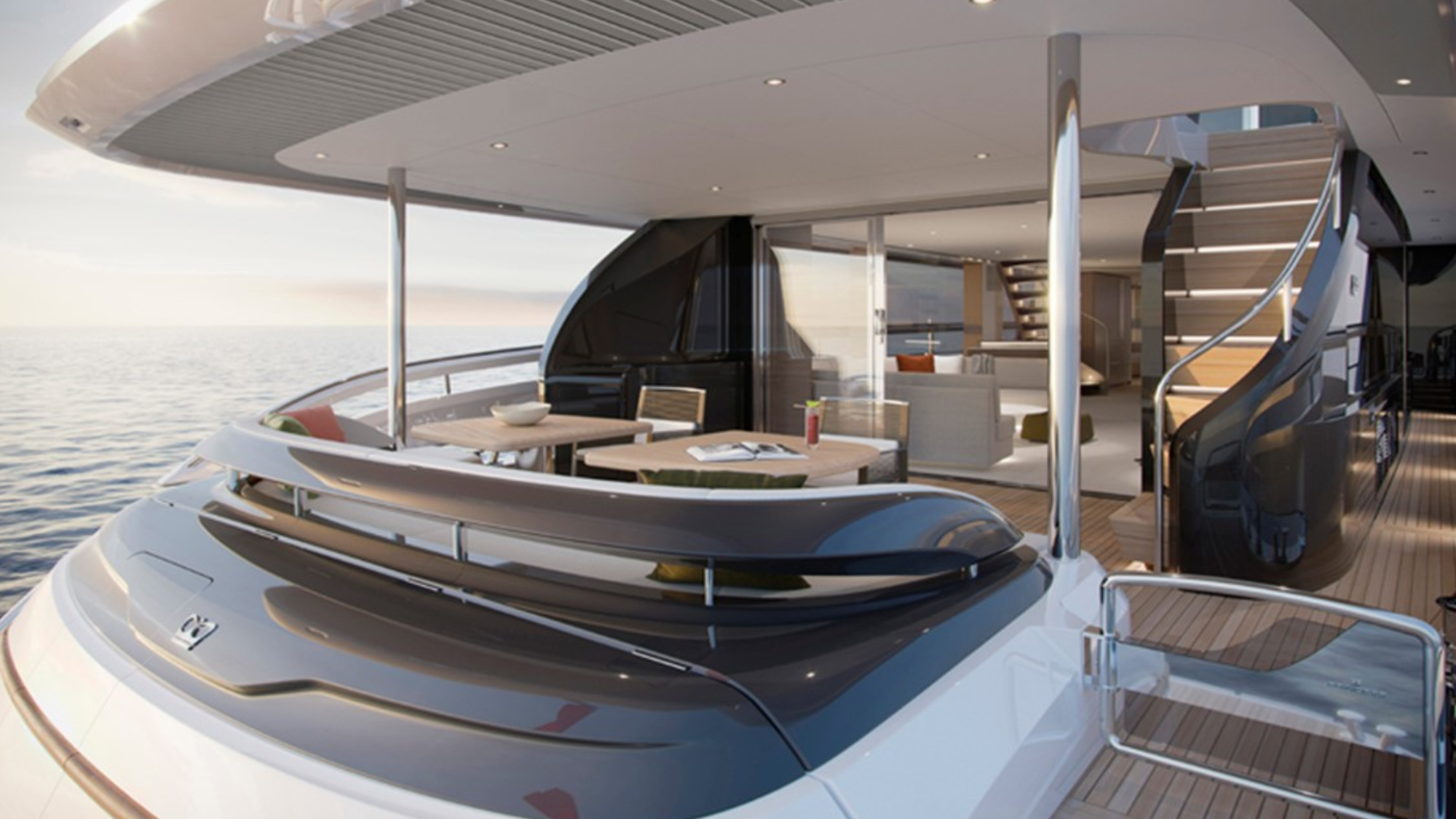 The yacht includes several dining areas, a gym, cinema screen and accommodation for up to eight on the lower deck

The first X95 features a a five-cabin layout and full-beam master suite on the main deck. There is also a VIP stateroom, gym and training area.

Options for personalisation are endless, starting from custom paint schemes to an alternate saloon layout with a family dining area; drop down canvas cinema screen; and accommodation for up to five crew members.

“The X95 is yet another innovative new concept for Princess Yachts,” the firm said.

“The X Class creates an entirely new segment, and while representing a significant step in the Princess new product programme, she is absolutely the epitome of British craftsmanship.

“Princess Yachts are immensely proud of this striking new addition to the range, as she boldly re-writes the rules of yacht design.”

The unveiling will be hosted on the Princess Yachts Facebook page on July 27, and will be open to the public to view for the entirety of the broadcast.