This article was written in association with REC Watches

Copenhagen-based REC was established in 2011 by Danes Jonathan Kamstrup and Christian Mygh who spotted a market for watches that incorporated components made from the salvaged parts of different types of object, especially automotive ones.

REC Watches takes its name from the three pillars of the re-purposing mantra on which it was founded – namely ‘RECover, RECycle, REClaim’.

Its first models were the Mk I and Cooper which featured dials made from metal saved from an original Mini during restoration and modelled in the shape of the car’s dashboard.

Further watches made using material from Ford Mustangs, Porsche 911s and Spitfire aircraft followed, with several limited edition pieces emerging along the way – including one that featured metal from a Porsche 911 2.7 RS with an extensive and interesting race history, and another incorporating part of a panel from a meticulous recreation of the ‘Eleanor’ Mustang featured in the remake of the celebrated car chase movie Gone in 60 Seconds.

And now REC has pulled the wraps of its first two Swiss-made models in its ‘RNR’ collection, each of which features a dial made from original metal taken from a pair of classic Land Rovers

The watches both have square cases with round dials, a combination of shapes inspired directly by the look of a Land Rover headlight. The bezels are based to the pattern of an all-terrain tyre, the crown guard is reminiscent of the car’s distinctive radiator grille and the back of each watch mimics the five-bolt pattern of its steel wheels.

The first model, called the RNR-Beach Runner, has a dial made from metal reclaimed from a 1981, Series III long wheelbase Land Rover and features green detailing based on the vehicle’s paintwork. The second watch, the RNR-R.O.C.K Fighter, takes its look from a 2003 Defender crew-cab pick-up.

The two Land Rovers which supplied metal for the dials of each watch both have their own, individual stories – the 1981 Series III being used as a life-changing adventure vehicle and the Defender being the hard-working lead car for a Sardinian off-road driving business.

The RNR Beach Runner is limited to an edition of 552 watches and the RNR R.O.C.K Fighter to 463 watches. Both are available now from recwatches.com 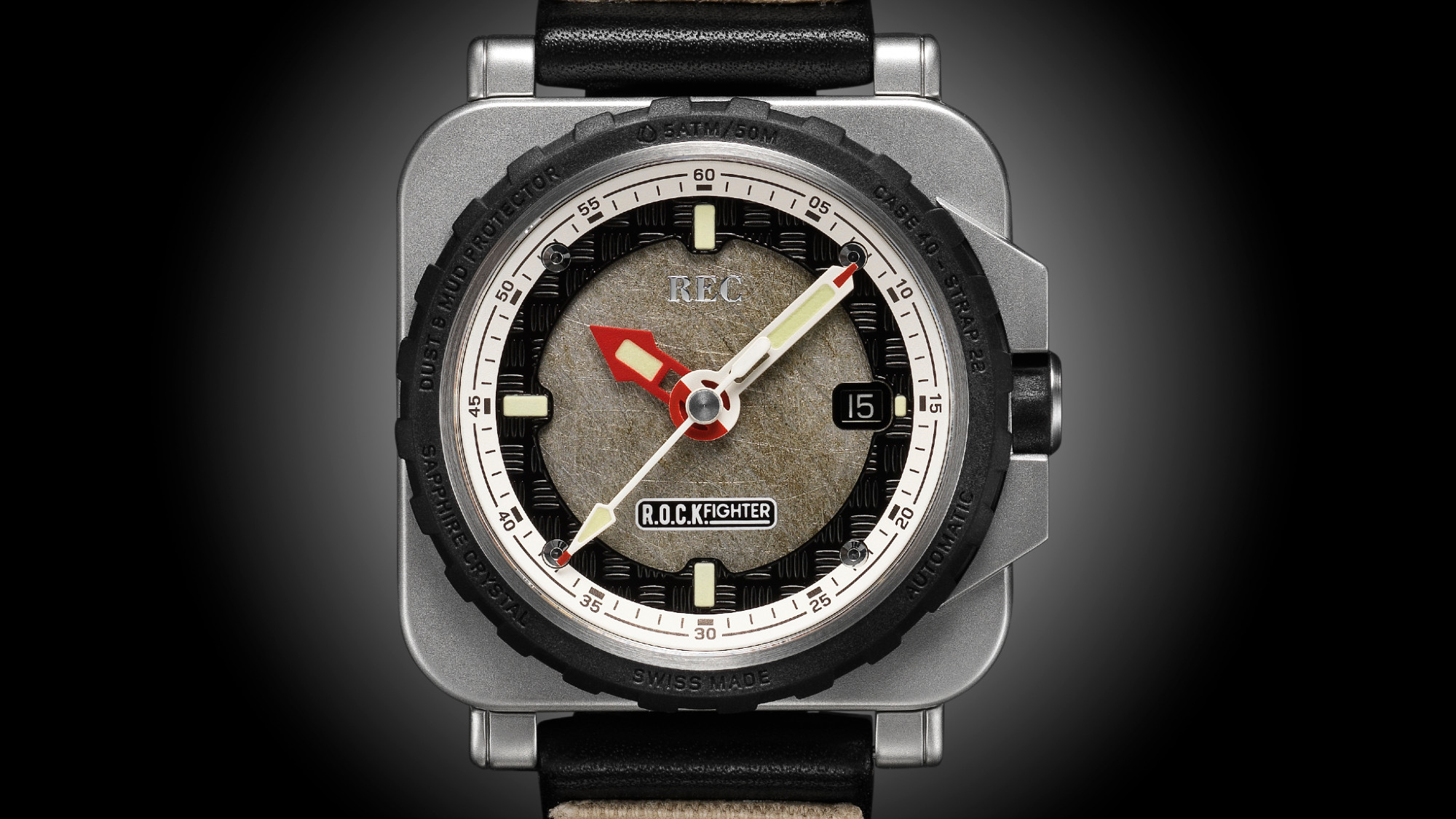 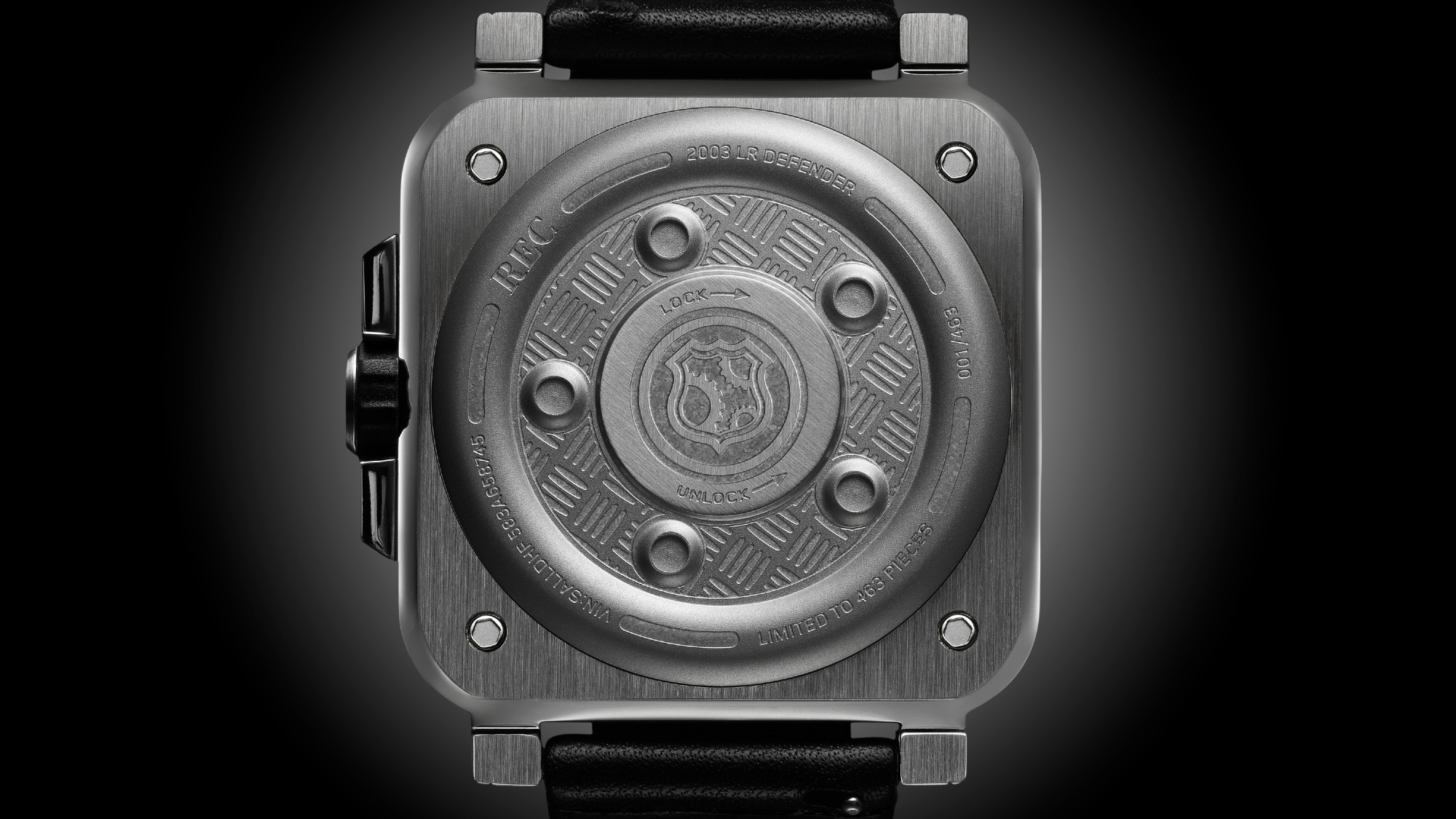 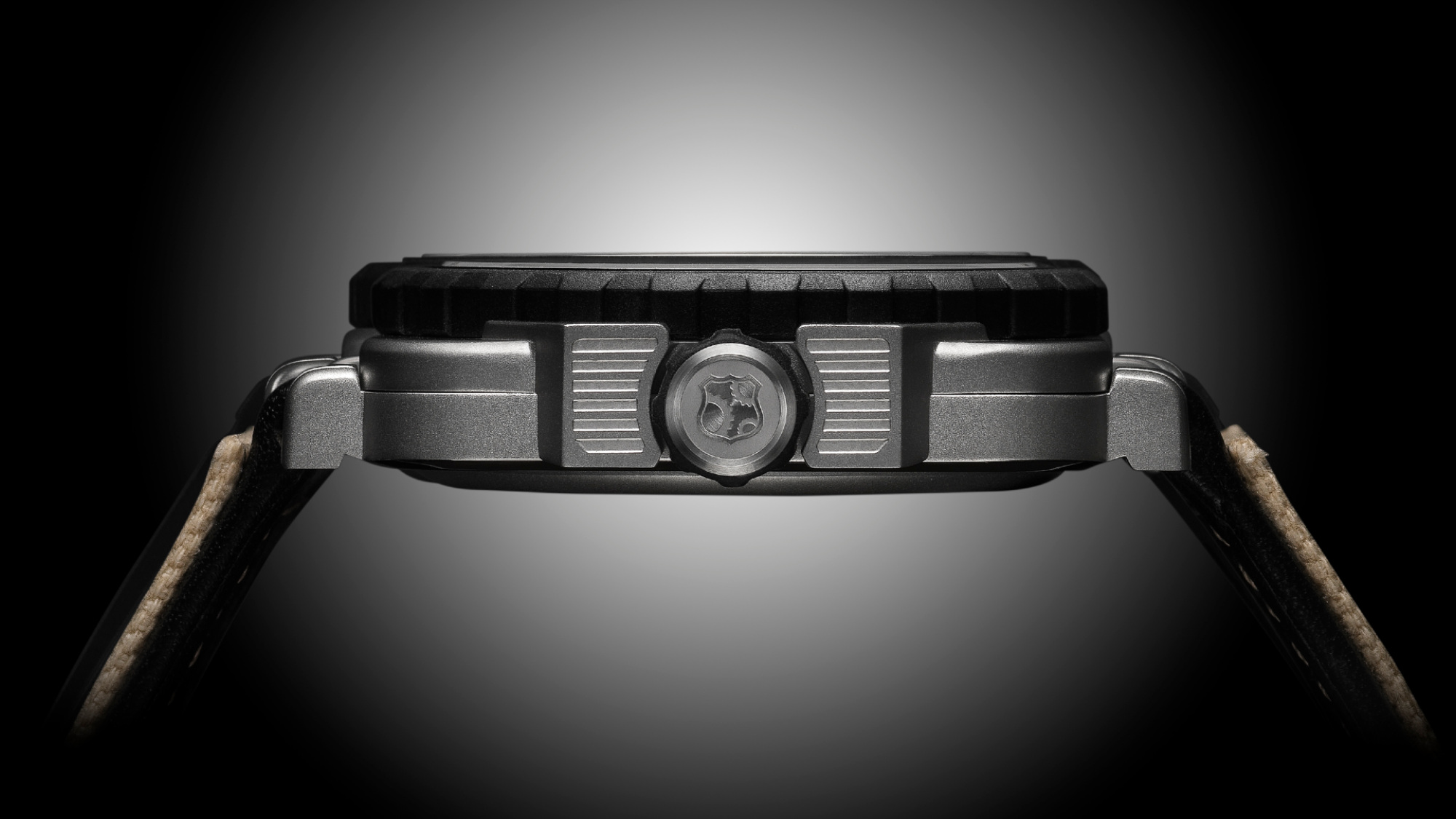 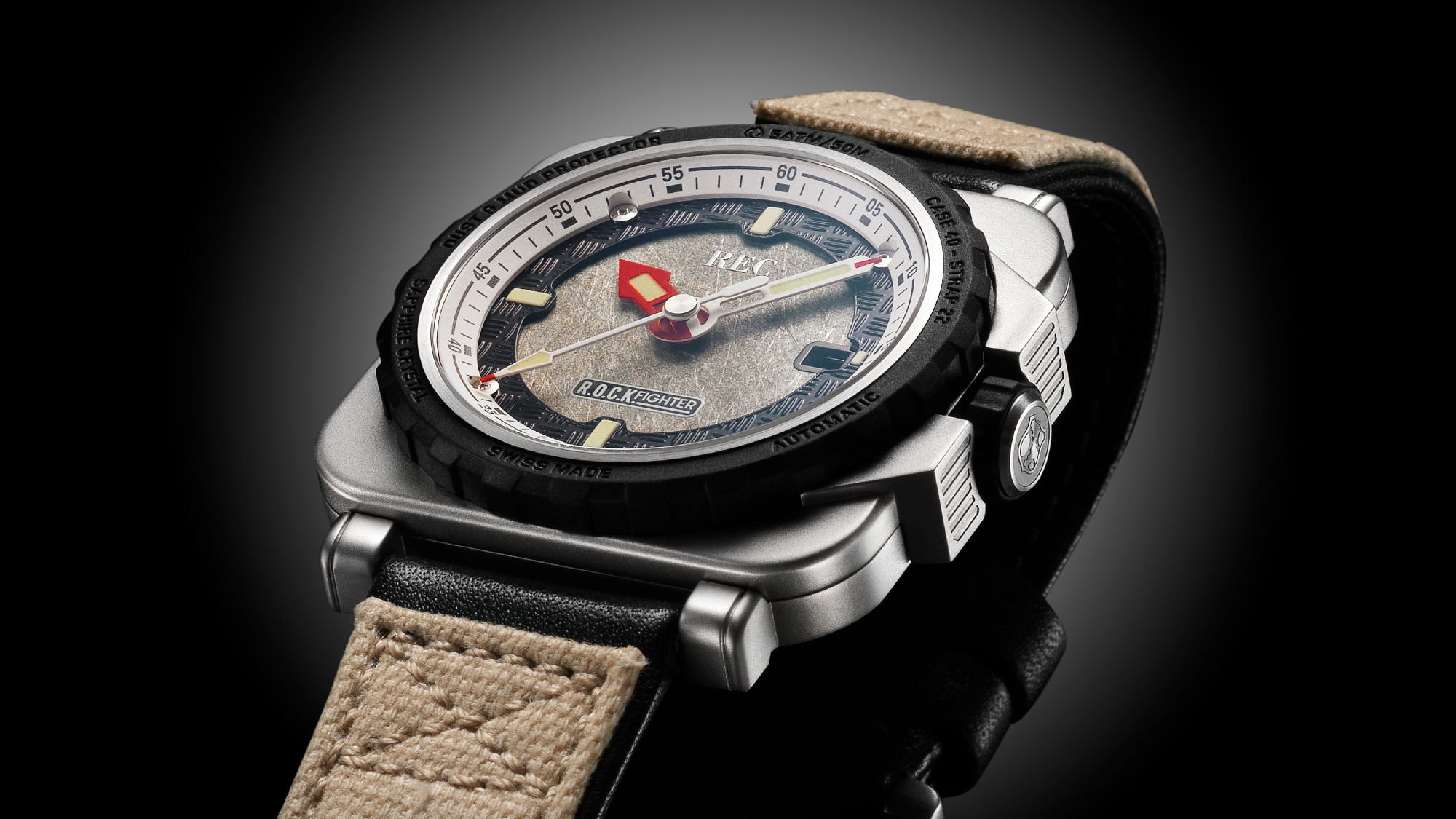 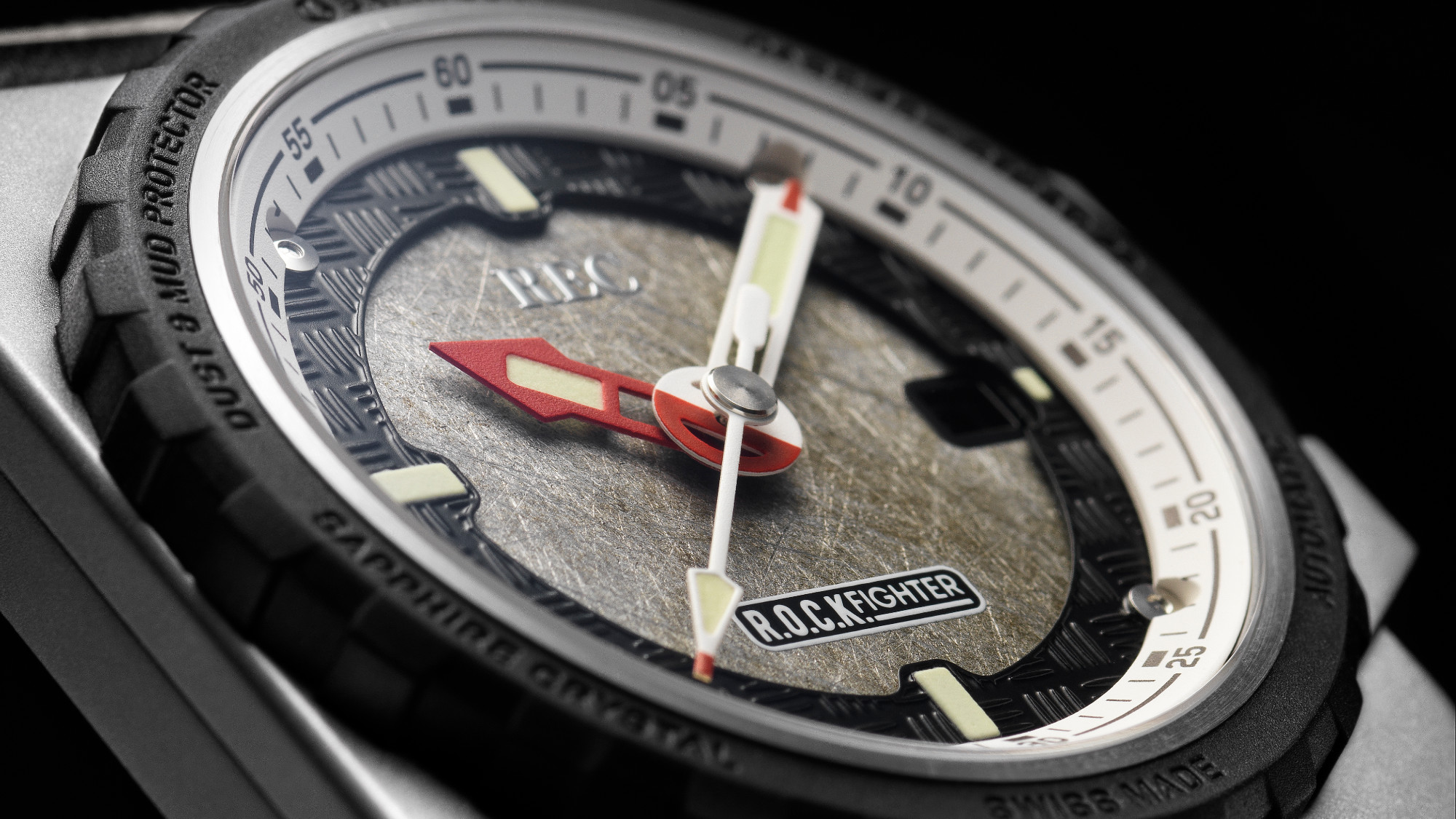 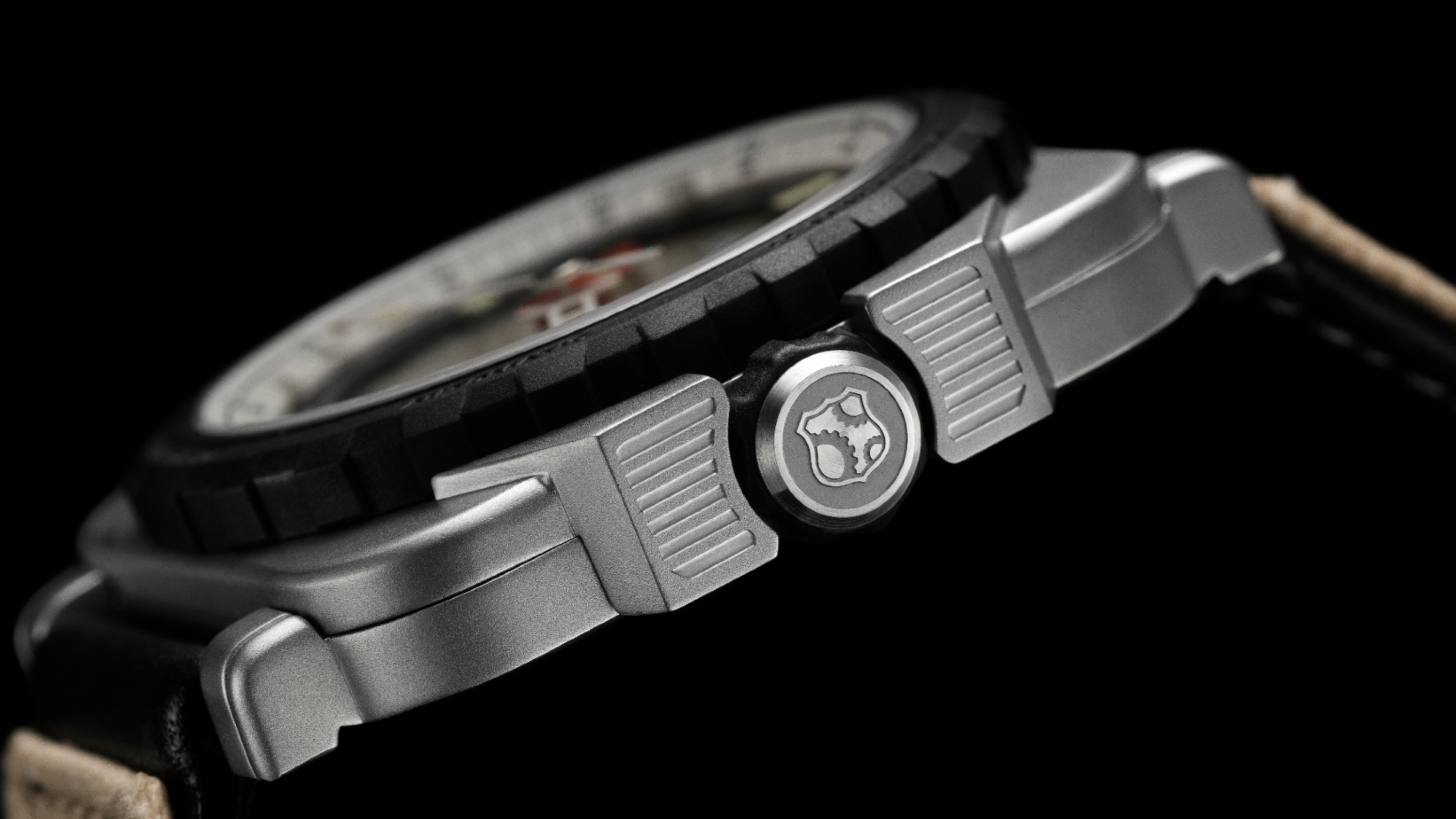 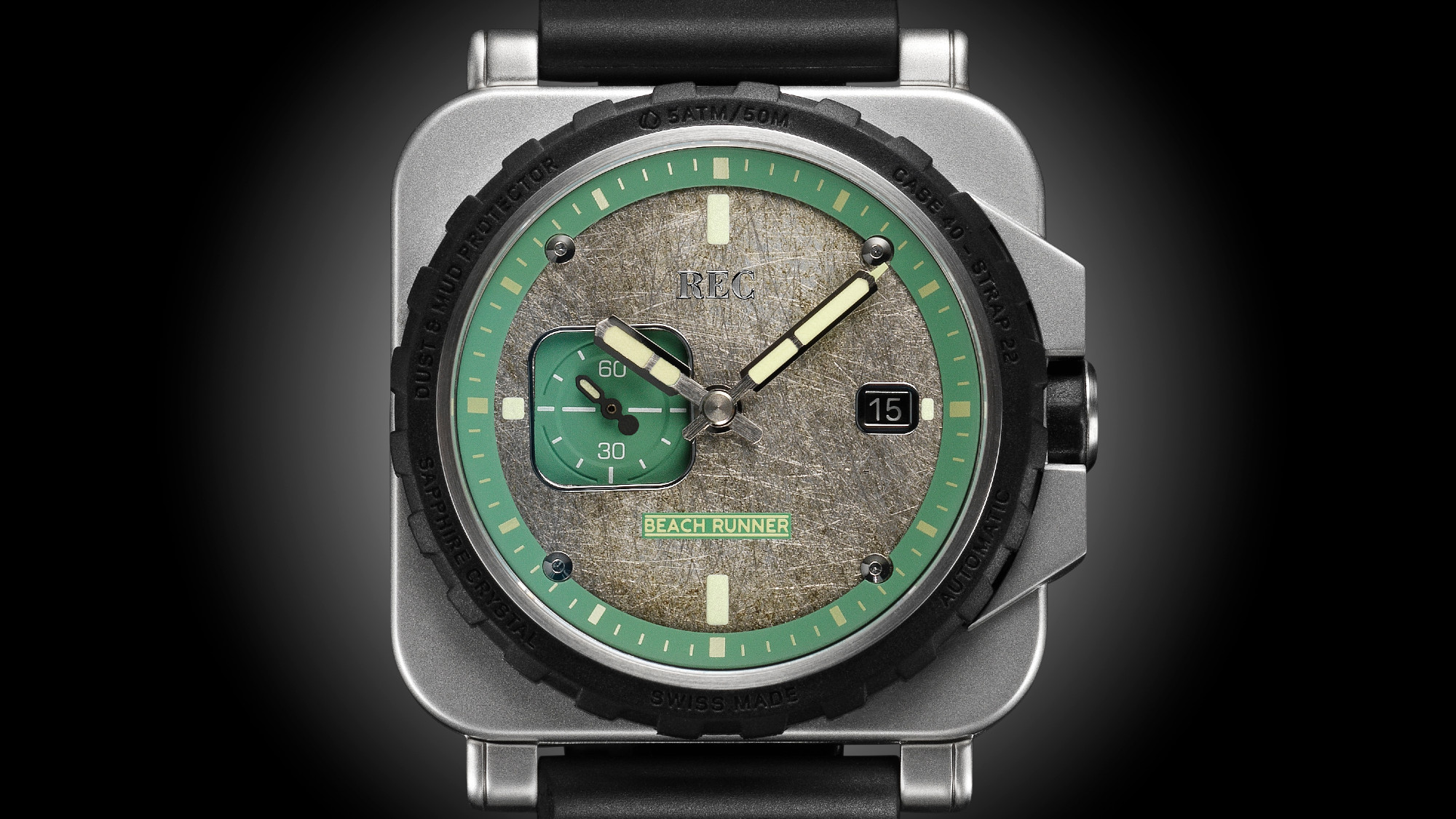 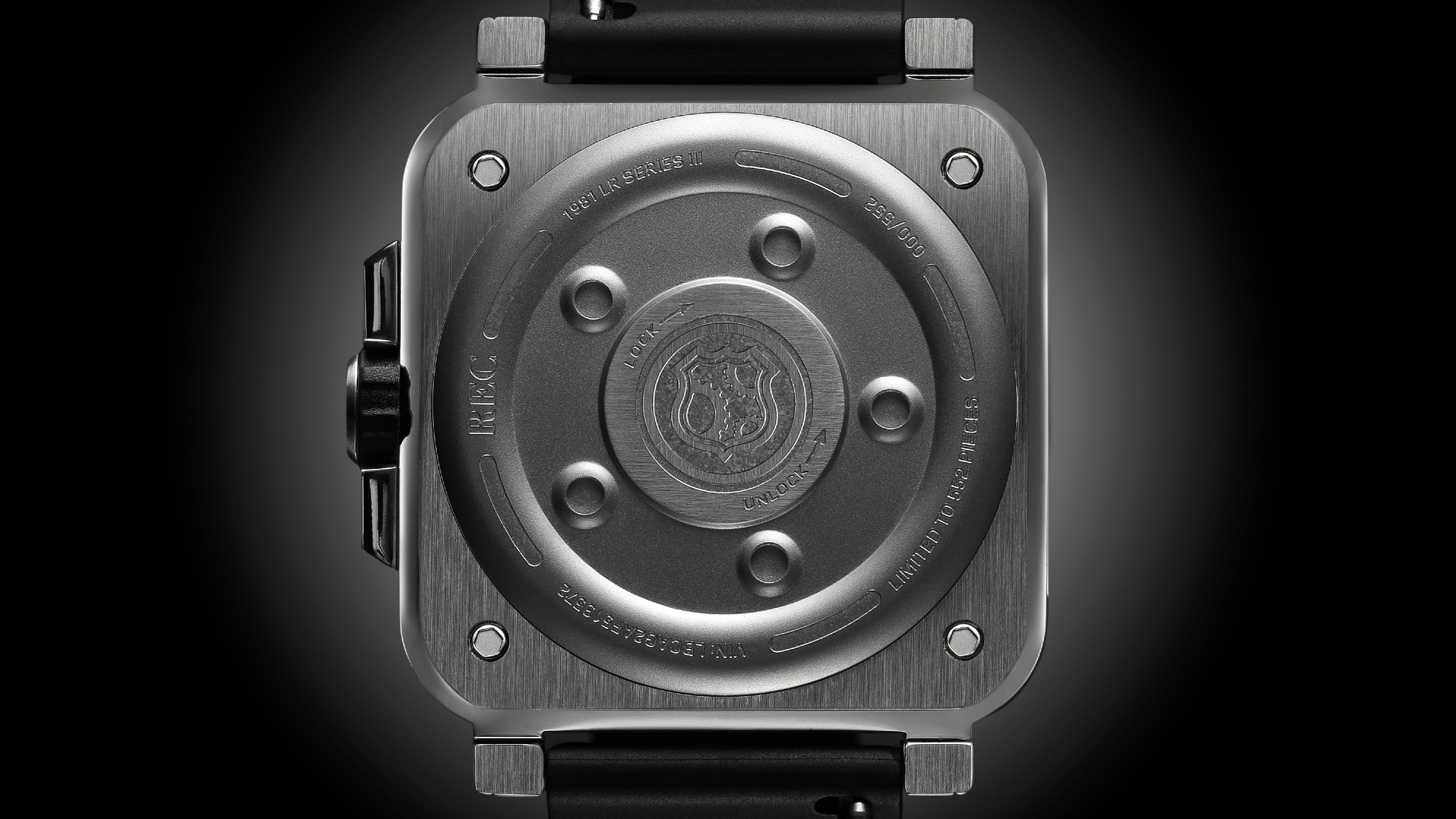 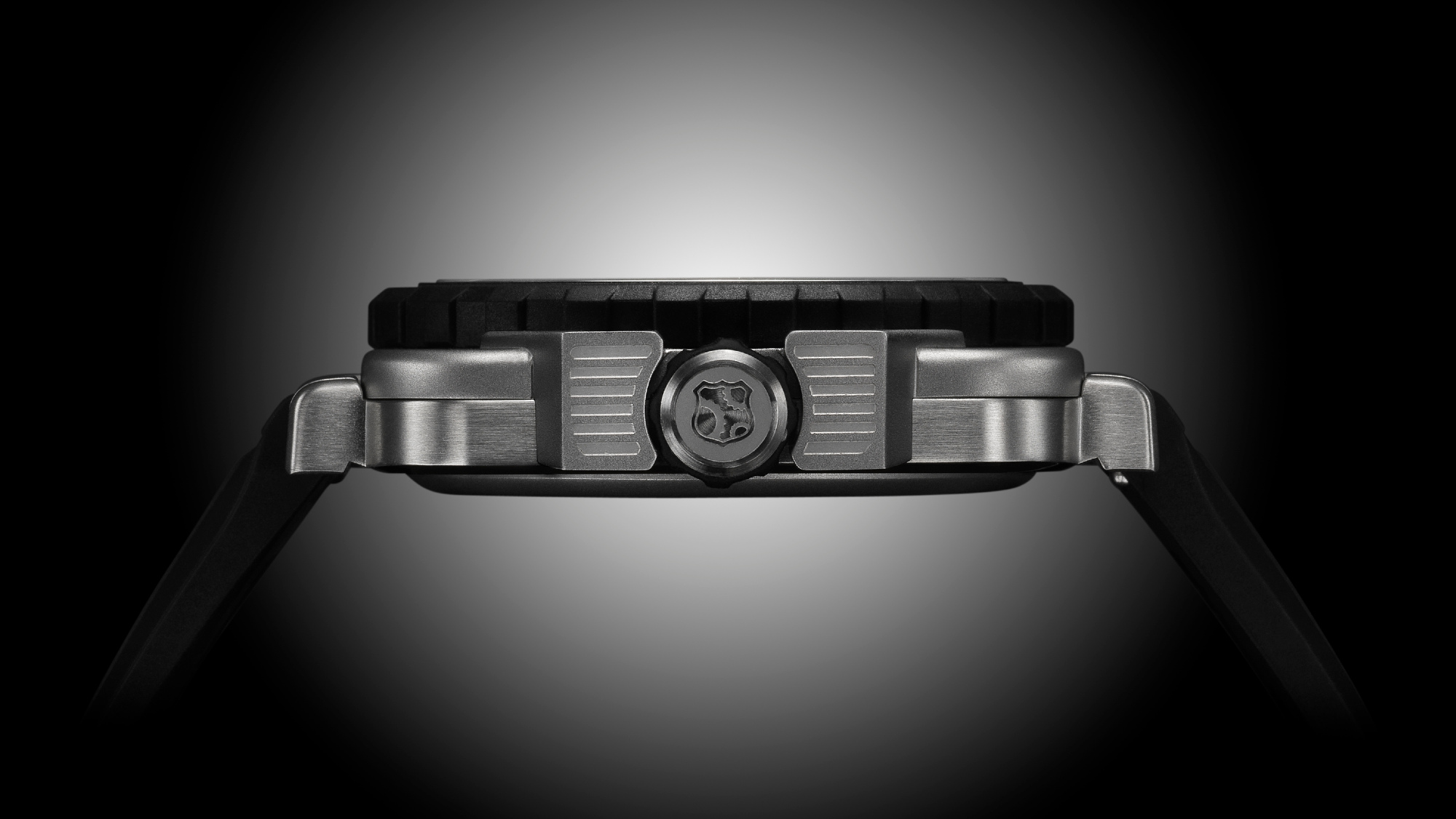 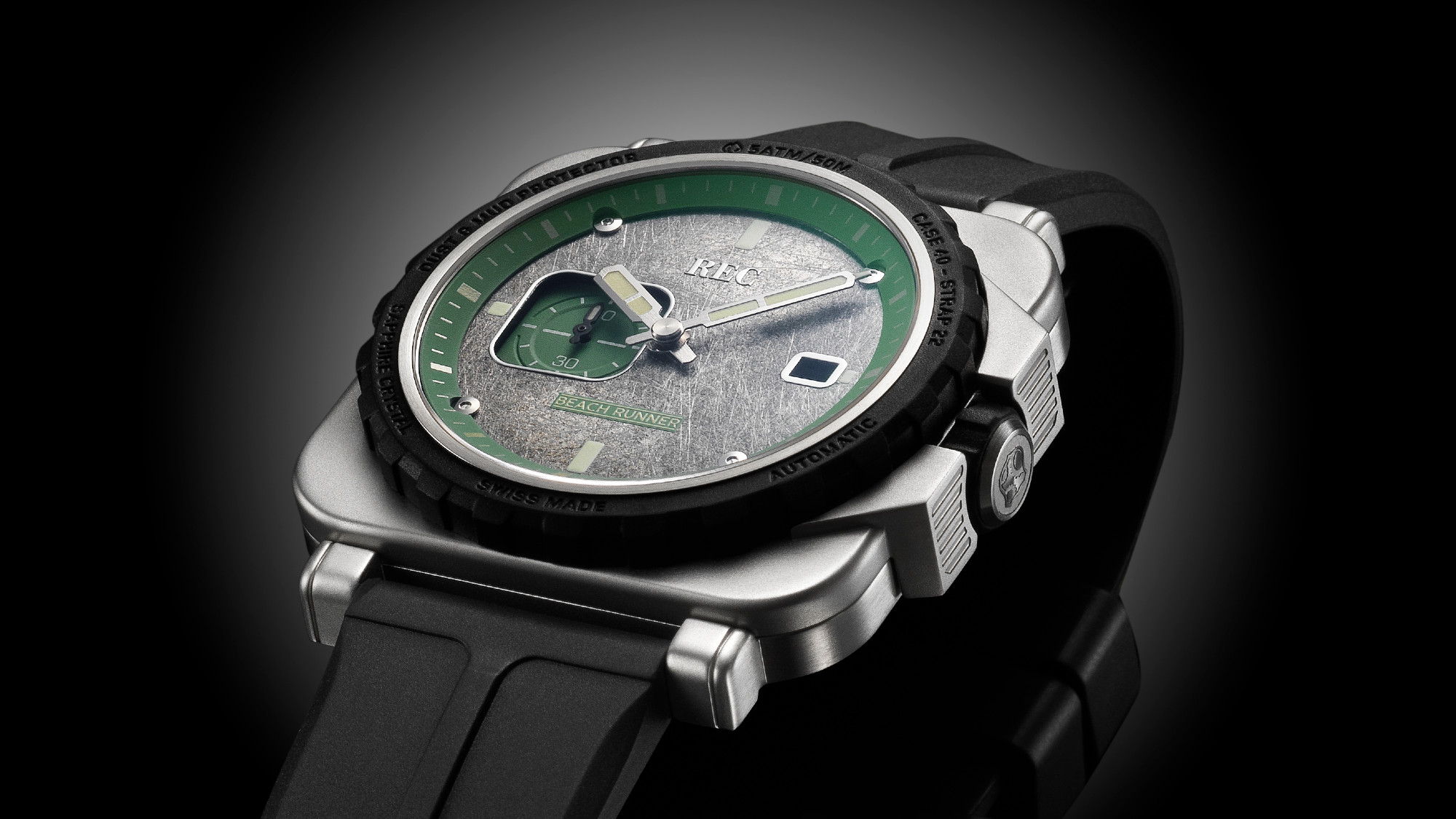 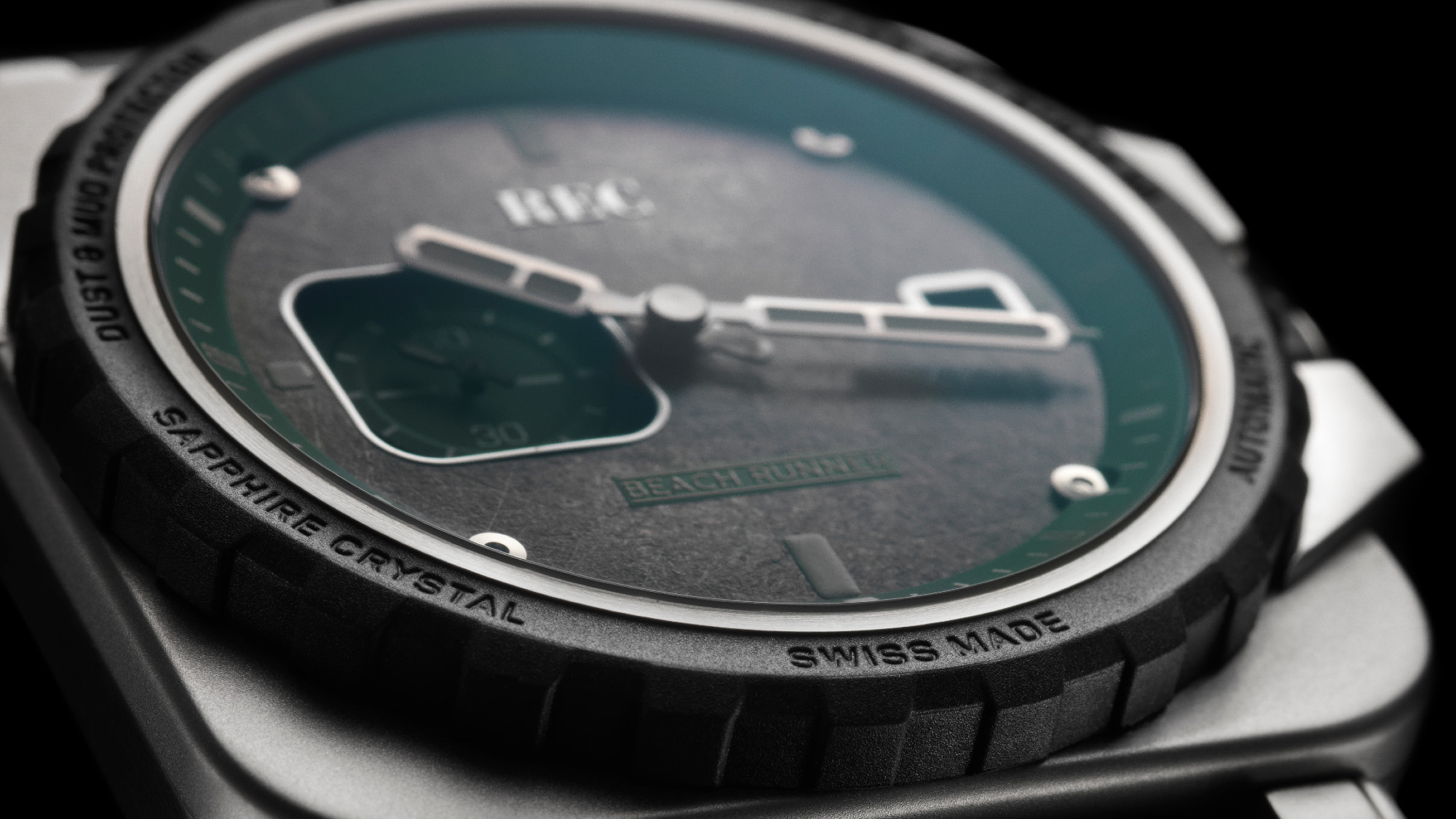 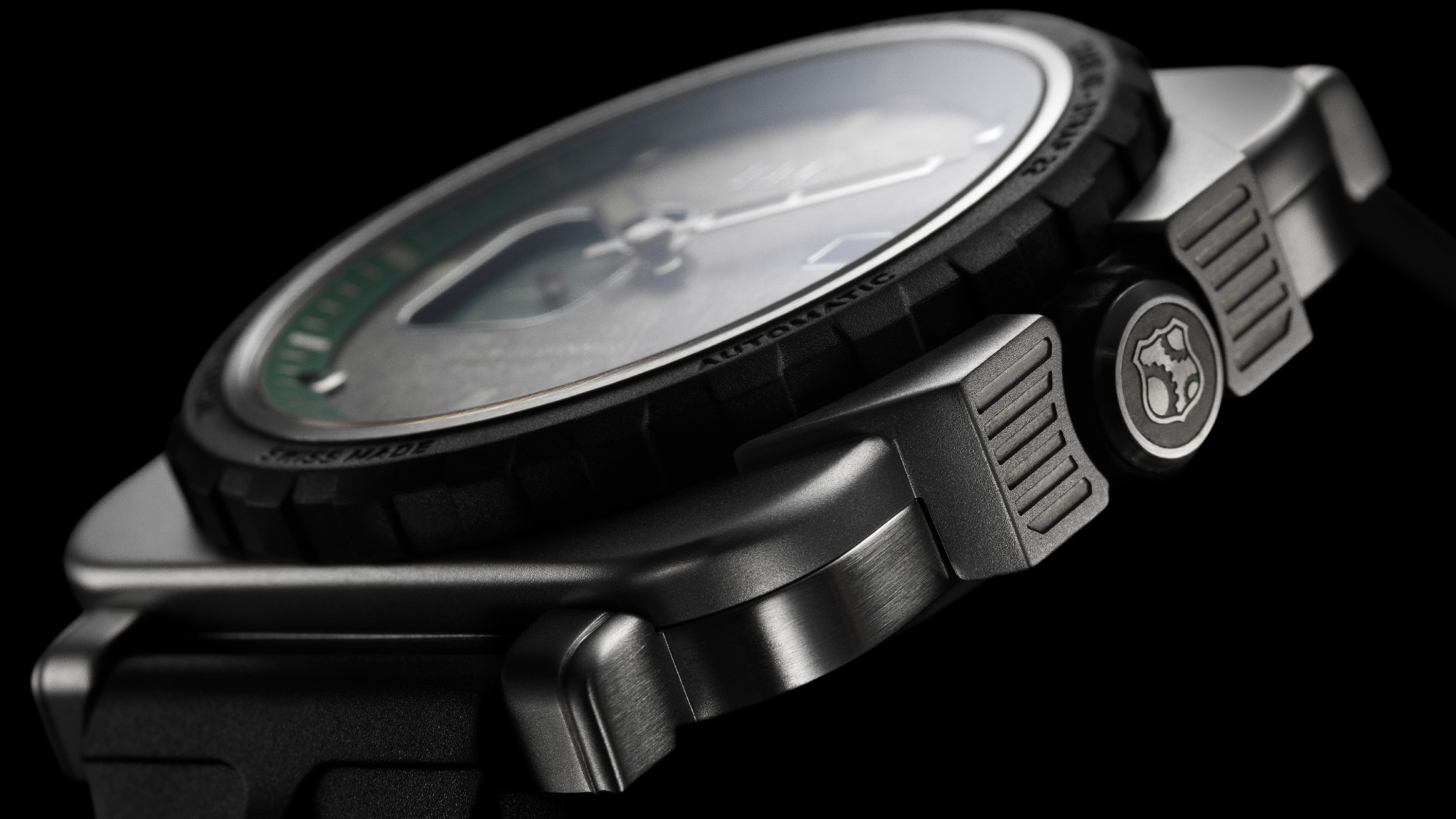