Formula 1’s uncertain future has been thrown into the spotlight by Honda’s announcement that it will be leaving the series.

The decision wasn’t entirely unexpected, as a new cost cap and rising sales of electric cars look set to change the rationale for grand prix racing.

In the August issue of Motor Sport, written before the Honda announcement and sale of the Williams team, Mark Hughes set out why the era of manufacturer-backed teams could be coming to an end, which we have republished below.

The possibility of the cap pushing Ferrari, and possibly Mercedes, into other categories in addition to F1 – including IndyCar and/or the World Endurance Championship in Ferrari’s case – underlines the fact that these entities can easily afford F1 even at current levels.

This has shone a light on a nuance within the mismatch in scale between automotive manufacturers and independent F1 teams. The current budgets are only huge by the standards of F1. By those of the car industry they are relatively small. The cost cap may have allowed the financially beleaguered Renault to continue in F1, but the cap has done little to make F1 more attractive to any other manufacturer. For automotives, the cost was never the issue. Relevance was and still is a priority. Performance values are becoming increasingly obsolete in the marketing of road cars. Environmental virtue-signalling may not be compatible with F1 either.

Volkswagen/Audi/Porsche rejected F1 a couple of years ago in midst of dieselgate, and it was the only serious prospect outside the existing Mercedes, Ferrari, Renault, Honda line-up in the hybrid era. 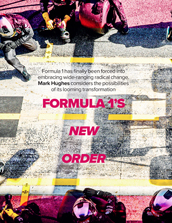 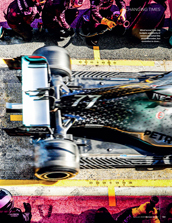 The specification freeze and development restrictions soon to be applied to the hybrid power units, together with recent technical directives clamping down on whatever loopholes the FIA believes Ferrari found last year, is happening at a time when there is a tiny (around 10bhp) spread between the most and least powerful engines. This is great for closing up the grid, but it puts the engines back to the plug-in component status that they had reached at the end of the frozen-spec V8 era. The engine’s technical/R&D appeal to automotive companies is effectively gone.

Mercedes, through a combination of the team’s unique ownership structure with Toto Wolff and the level of its success, has become financially justifiable even at current spends. If Wolff, currently in negotiation with Daimler about a new contract beyond the end of this year, takes a less direct role in the team, enough to justify him being paid by Daimler rather than by the team, his salary would conceivably no longer be counted as one of the top three paid employees, leaving more spend for either F1 or other projects.

Renault believes that it can still see F1’s marketing benefit, and under the cap limits Renault feels it can now justify its spend. But according to some industry analysts, the company’s very future is in peril.

Ferrari is no longer really a Fiat automotive project. Since its listing on the stock exchange, Ferrari has become an independent entity only loosely tied to Fiat through mutual ownership. The strings are effectively cut. Ferrari is no longer really an ‘automotive’ team and is uniquely profiled to benefit from F1. Its massive spend arises from the massive income its revered brand commands, some of which has to come from F1.

Honda’s board is split on F1 and its contract with the Red Bull group runs only until the end of next year. 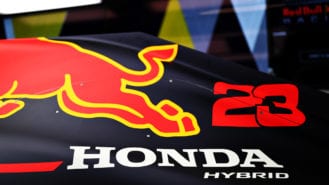 Honda will leave F1 at the end of next season to concentrate on battery and fuel cell technology, leaving Red Bull and AlphaTauri in search of a new engine supplier.…

It looks as though the future of F1 could lie with billionaire private owners and further downsized teams that might even make a profit from F1, although that will be challenging in a decimated global economy. The Lawrence Strolls, Michael Latifis, Gene Haases, Dimitry Mazepins etc could be set to be the Ecclestone, Chapman, Williams, Dennis and Tyrrell of the future. Wolff could easily be part of this group. In a sense, it’s the turning of the wheel back to the core of independents that gave F1 its lifeforce from the late 1950s and through the ’60s, ’70s and some of the ’80s.

Williams’ business model appears to be wrong, and it’s now potentially for sale as a result of its dismal on-track performance of the last couple of years. McLaren is looking for new investors too, as it has become clear the Bahraini group don’t wish to dig any deeper. But the saviours of these teams – and those of the Enstone team if Renault doesn’t stay around – won’t be major car makers.