Writing a column is an essentially simple business. Not easy perhaps, but simple all the same. There are only two rules I have found in the least useful over time: know how you’re going to end before you begin, and write about what you know. I’m now going to break half of those rules.

I know nothing about motorbikes. I don’t even know if when writing about them for a publication as august as this I should more properly call them motorcycles. There was a time when I was a child when they held my interest almost as much as cars but then in quite rapid succession someone I knew got killed, another lost an arm and a third received serious spinal injuries, all in accidents sharing in common only the fact that none of them was the fault of the rider. And that rather put me off.

Of course I have friends who love bikes who have for decades encouraged me to take a test and get riding. I have always resisted, not because I didn’t want to, but because I have wanted to far too much. I fear that once on two wheels my enthusiasm would far outstrip my ability with fairly predictable consequences. I know enough to know a decent bike comprises everything I want from a machine: speed, lightness, exquisite engineering and that augmented sense of what it really means to be alive. 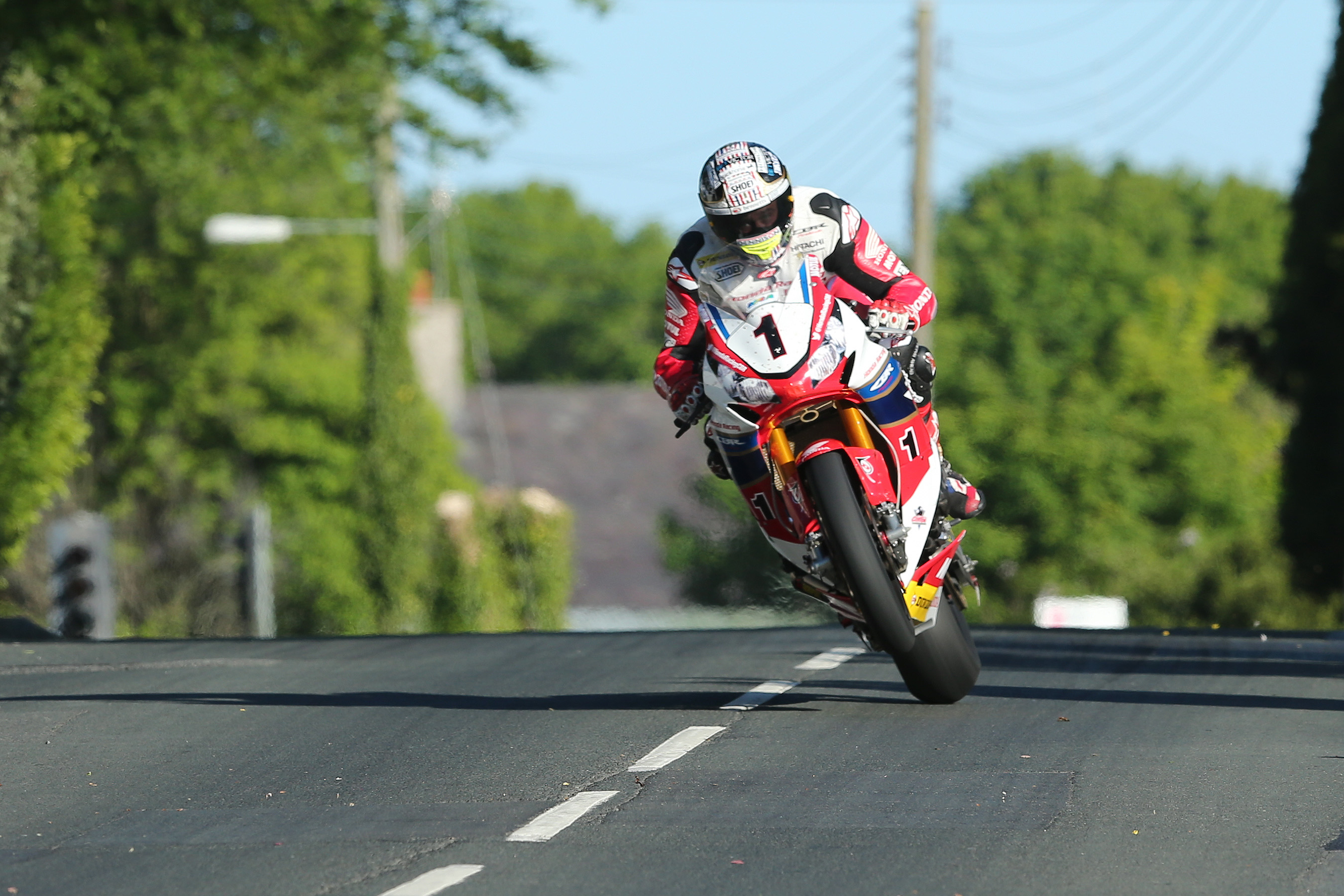 But one friend in particular – Colin Goodwin, another writer occasionally of this parish – has been insistent on sharing his passion. Goodwin has done it all: he’s earned a living from bikes as a dispatch rider, got his kicks racing them (I well recall him turning up to my 40th late, limping and still smeared with blood from an elective dismount at Snetterton) and has ridden and rebuilt dozens over the decades. And he thought my life incomplete without a visit to the Isle of Man.

Even I could not have spent this long around and about racing machinery without some knowledge of the Tourist Trophy races held there since 1907. I even knew some of the names, John McGuinness of course, Ian Hutchinson and various Dunlops and the fact that the races around the 37-mile mountain course offered a unique spectacle.

And this year I ran out of reasons not to go. So what follows is a novice TT-goer’s view of the event, untainted by knowledge or perspective. The many bikers among you who read this may or may not think I have captured the essence of the event, but for those who like me (at least until this time last week) have often toyed with the idea of going but have been put off by the distance, the cost or some other factor, I hope my rookie’s take may hold some small value.

Listen to the John McGuinness podcast

I was there to see the last day of practice and the first of proper racing. During this time those parts of the island near the TT course simply become part of the support structure for the event. There is no place you can go, no time of day at which you cannot see and hear motorbikes.

Goodwin decided my first exposure to the TT should be from the bottom of Bray Hill, the sole part of the course I’d heard of, only because I’ve repeatedly watched Mark Higgins’ stupendous 150mph save in a Subaru Impreza there.

You have to get there early, before the roads are closed and preferably on foot because parking is impossible. We waited two hours for the first bike, perched on a bank with no protection at all from the bikes, nor them from us. Fittingly it was McGuinness who came first. Opinion in our group varied concerning how fast he hit the compression at the bottom while also turning right before drifting out over some quite considerable bumps in the road but as the high was 190mph, the low 150mph, I’ll take 170mph as the most likely average.

If you’d seen him go through the same corner on a modern race circuit, with a tarmac run off area, massive grass verge, perhaps some gravel and a state of the art Tecpro barrier beyond, you’d still have accused your eyes of telling bare-faced lies. But it was the fact he was doing it on a public road, where the safety measures (they put padding around traffic lights and street lamps, though whether to protect the rider from the structure or vice versa I could not tell) make Goodwood look like it was designed by Hermann Tilke last week that raised what I was seeing to that of simply surreal. It turned out he wasn’t even on a very fast lap. 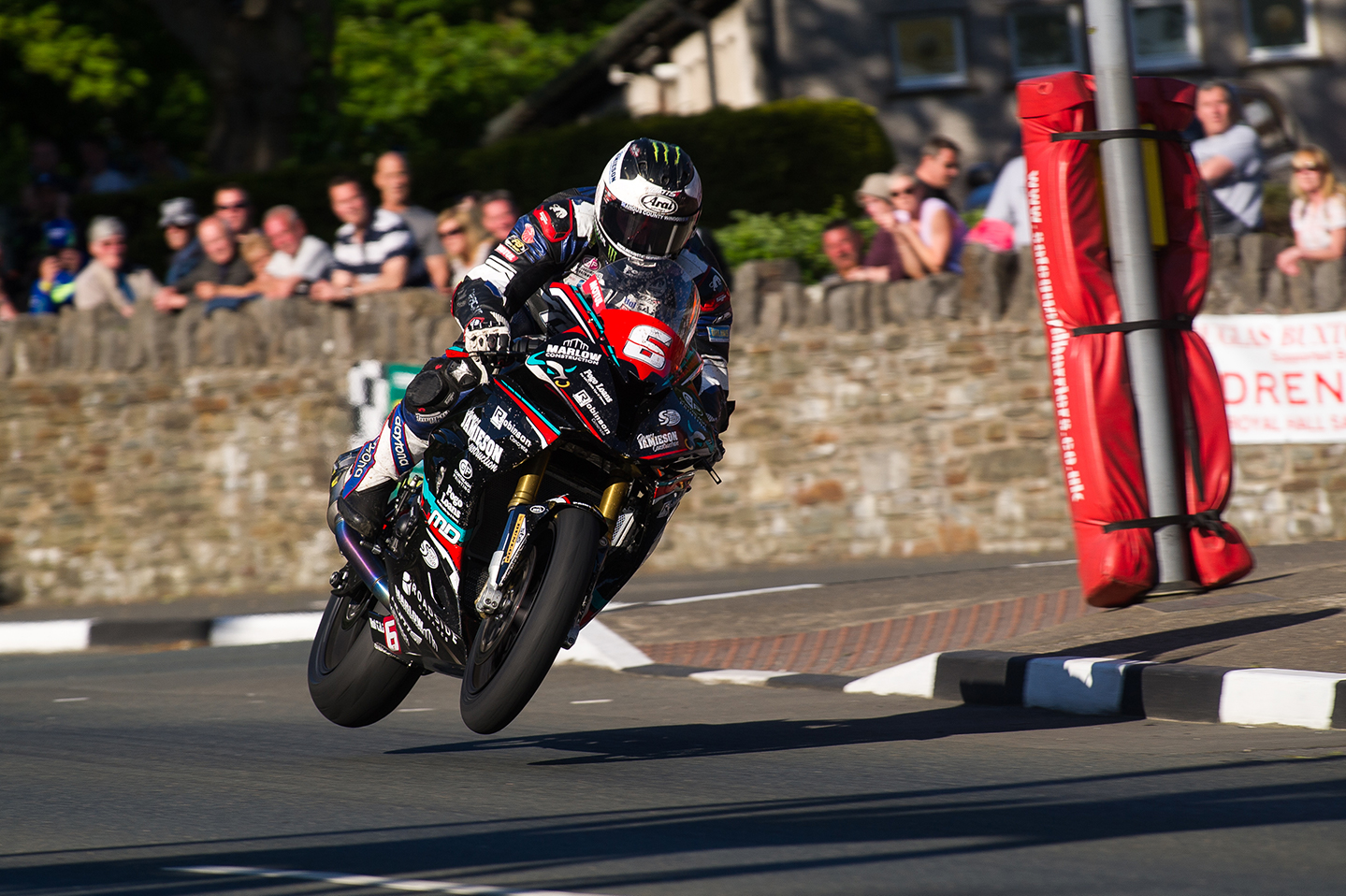 The following day we headed out to a hamlet called Cronk-y-Voddy. It’s vital you go with someone who’s been many times before. One of our number has been every year for the last 25, spending, on average, a dozen days on island. ‘I’ve had it now – I just can’t help myself,’ he explained, ‘I’ll come every year until either the TT or I end our days.’

We parked and then headed out on foot across the fields, parallel to an undulating straight, before parking ourselves on the grass bank by the kink at its end. A grass bank. The distance between where I sat and the road where the bikes would come past was not measurable. ‘Are we really going to be allowed to stay here?’ I asked. ‘Why on earth not?’ came Goodwin’s reply. Eventually a marshal did approach, I was convinced to shoo us away. In fact he came to deliver a safety briefing which ran, in its entirety: ‘keep your feet off the road when they come past will you?’

So that’s where I was sitting when Michael Dunlop became the first man ever to lap the course at an average of over 133mph or, indeed, in fewer than 17 minutes. One after the other came over the brow at unspeakable speed and uniformly on one wheel; the quickest apparently scarcely in control even in a straight line, before angling into the kink. Anything – a stray foreign object in the road, a little too much space taken at the exit or the smallest mechanical failure – would be all that would have been required to strip them from this dark, thin ribbon that separated life and death. It is also where I was sitting when Dwight Beare came past in his sidecar outfit, seconds thereafter to become the first, but sadly not the last to die on the course that day.

Read Mat Oxley’s take on the Isle of Man TT

Of course death is a TT regular too, and as speeds have increased over the years, so have his visits. It took 68 years for the first 125 competitors to lose their lives on the mountain course in both the TT and Manx Grands Prix, just 37 to double the tally to the 250 at which it stands as I write.

Coming from the sanitised world of racing on four wheels around purpose-built tracks, I found quite shocking the acceptance of such events by riders and spectators alike, and the perfunctory nature of the press releases issued by the company running the show.

Which is not to say that were I in charge I’d stop or even change the way the event in any way. When asked in the past to comment on those thankfully rare occasions when drivers have been killed on race tracks, I’ve always taken the view that so long as the public is not involved, competitors should be free to take risks of which they are fully aware. I think on the Isle of Man the spectators know the risks too and, doubtless that’s one of the reasons they keep on coming back. As a spectacle, a sight to see and remember, it outstrips anything I have experienced.

And as a student of the history of racing, I found it captivating. Here, watching motorbikes from the side of a road on the Isle of Man, lay some sense of what it must have been like to line the course of the Mille Miglia or Targa Florio when they too were flat out road races. Drivers had to put everything on the line every time because if they did not, they could be sure that someone else would, and claim the spoils; if, of course, they lived that long.

In the faces of the riders emerging from their awnings in their leathers and with their helmets under their arms lay the expressions of men going to war. It’s an expression I’ve seen before in racing, but only in old photographs of drivers preparing to take the start somewhere uncommonly lethal even by their standards, like a wet Spa. It never occurred to me you might see it in modern 2016-specification motor sport.

I don’t know if I’ll go back. I’m not a biker and probably never will be. I have been and seen the TT at its best, when Dunlop broke that record, and at its worst. You will understand why it was a very bittersweet experience. What I do know is how glad I am that I did go. For to sit at the side of the road at the bottom of Bray Hill and simply spectate is a more intense and memorable experience than I’ve had actually taking part in certain actual races.

I know also that all the YouTube videos in the world provide no sense of the actual speed of the bikes and the towering bravery of the gladiators they bear.

Today and for most of us there are very few genuinely new experiences that are easily and, once you’ve got to the island, essentially freely available. If you go, more than anything else I expect you’ll be astonished most by the fact that there is a place within the British Isles where such behaviour is not only allowed, but cherished. And despite it all, I hope it continues to do so for decades to come. 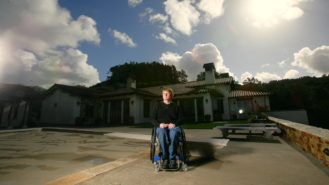