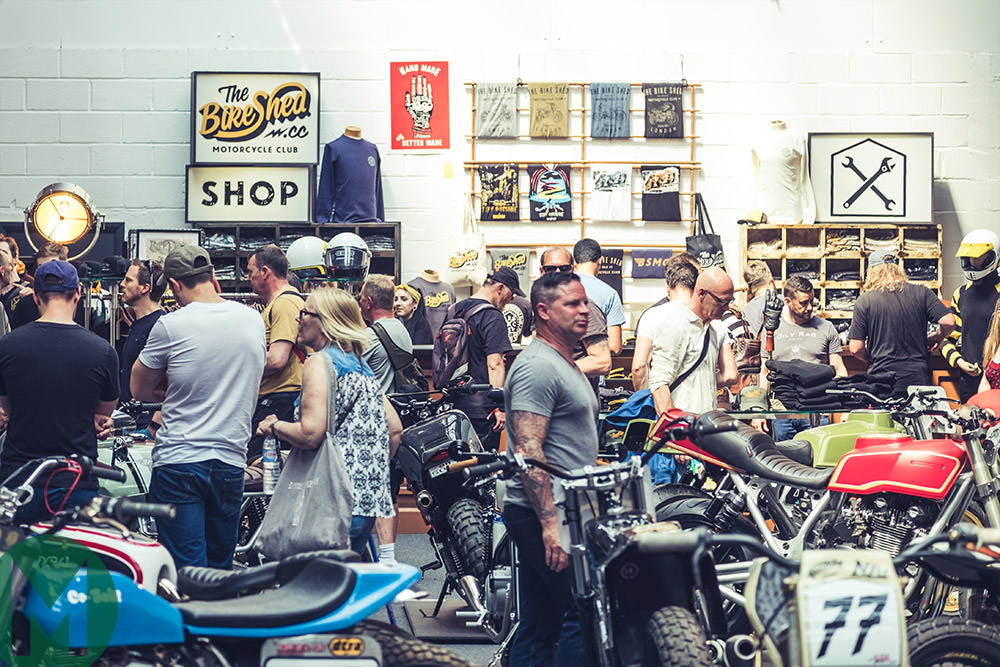 Motorcycle culture is entwined with art and fashion, far more so than its four-wheeled equivalent. Recent visits to the Bike Shed’s Motorcycle Club event at Tobacco Dock, London, and ‘Retro Rides’ at Goodwood only served to emphasise the gap between the two.

Tattoo and helmet artists are very much at home in a two-wheeled world and it’s easy to see why: motorcycle culture is an accessible, open canvas for those eager to create. And motorcycles just happen to be the central focus of that.

That’s not to decry the world of the four-wheeled equivalent, as Retro Rides showed that petrolheads value ingenuity and individuality just as much as their ‘biking counterparts. But the car world is, expectedly, fragmented. With cliques having formed around the love of JDM, German or American muscle machinery, car shows tend to revolve around one subcategory. Those inclined towards motorcycles tend to have an all-encompassing appreciation of two-wheeled vehicles.

And at the Bike Shed, various subcultures combined seamlessly. Vintage Ducatis sat side by side with custom ‘bikes, with Honda ‘Cubs’ thrown into the mix. Triumphs, Moto Guzzis and Nortons complete the backdrop, influencing and inspiring painters, illustrators and tattooists.

Retro Rides was a slightly sparser event in terms of punters, but the love of machinery was still there. Right now, the trend is verging towards ‘stanced’ cars: lowered, with aggressive, negative cambers – but, for the most part, a minimal amount of frills when it comes to aftermarket bodywork. Gone are the days of Max Power with big bolt-on wings and the like.

On a superficial level, cars with a rusted or faded coat, or a patina are en vogue. On the other hand, the motorcycles were preened, airbrushed and polished to the point of luminescence, showing the divergence in taste when it comes to two and four-wheeled subcultures.

Those differences will probably always remain, with ‘bikes a more readily available canvas for artists – and with those painters come tattoo artists and designers. Car shows rarely bring together all of those creative minds, but they’d be a welcome addition.