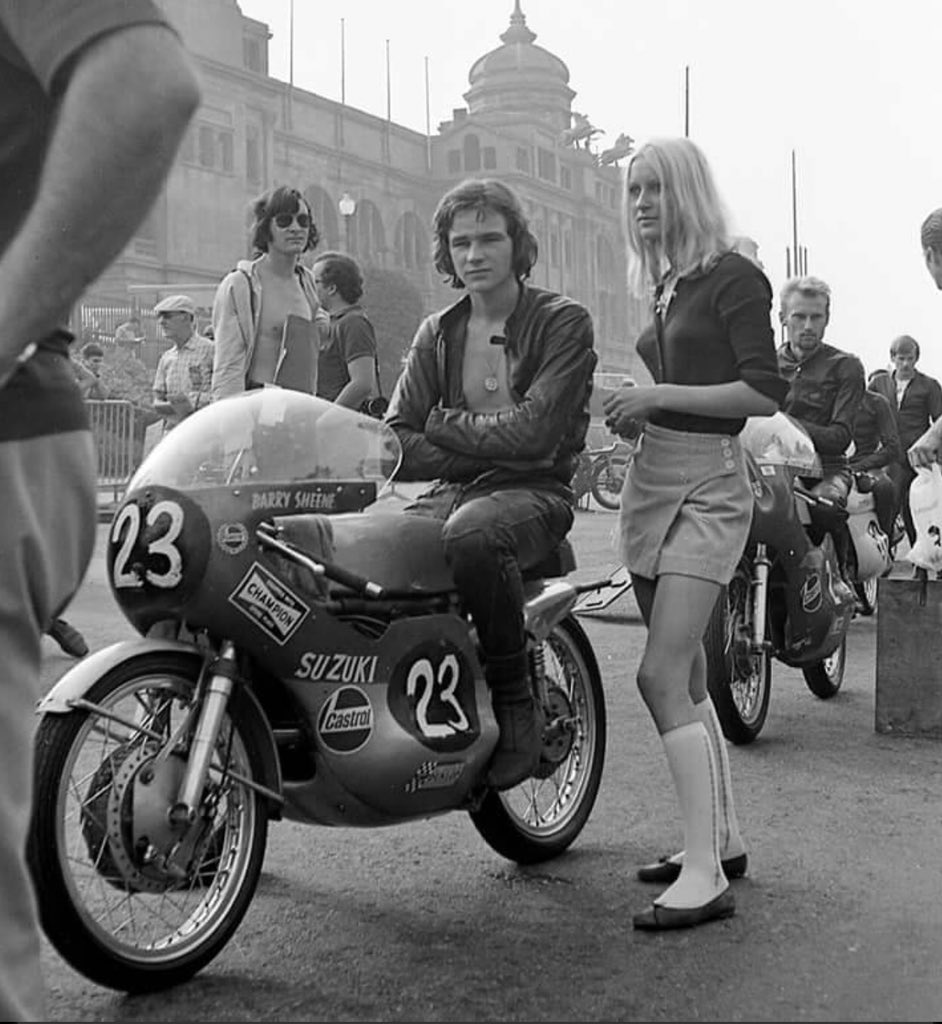 Sheene had only started racing seriously in 1969, although he had first ridden around a racetrack when he was 15 – illegally – while running in bikes for British champion Dave Croxford at Brands Hatch. At the time a full day’s practice session at Brands cost £4.

The big GP debut was made possible by the Sheene family emptying its Post Office savings account and piggy bank to buy an ex-factory Suzuki 125 from Stewart Graham, son of Les, the first 500cc world champion.

Graham sold his RT67 to the Sheenes for £2000. The bike transformed the youngster’s career and began his relationship with Suzuki, which reached its peak with victory in the 1976 and 1977 500cc world championships, aboard factory Suzuki RG500s 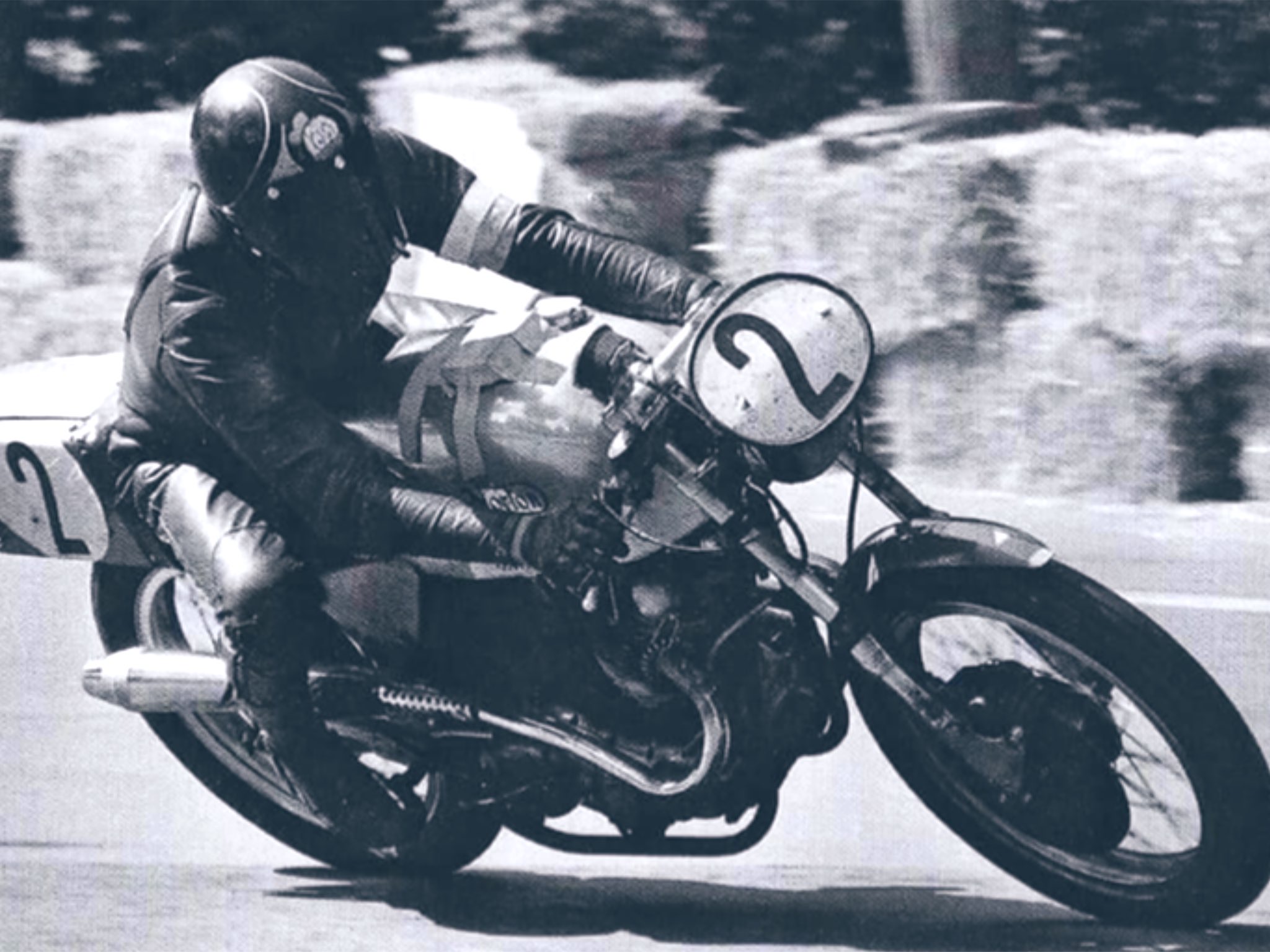 Sheene on a Norton Commando: getting track time in the Montjuïc 24 hours

The RT67 was a proper finicky factory missile, which needed all of Frank Sheene’s two-stroke expertise to keep it running. The water-cooled rotary-valve parallel twin made 33 horsepower and was good for 130mph in 10th gear (yes, 10th!).

When Sheene turned up for scrutineering by Montjuïc’s Olympic stadium (built to host the 1936 Games and finally used for the 1992 Games), complete with hand-painted numbers on his RT67, pretty much no one knew who he was.

The local fans only had eyes for one rider – Ángel Nieto. The previous autumn the tough kid from Barrio de Vallecas, the rough part of Madrid, had become Spain’s first motorcycling world champion when he took the 50cc world title aboard his Barcelona-built Derbi. That success won him an audience with General Franco, Spain’s fascist dictator from 1939 to 1975. 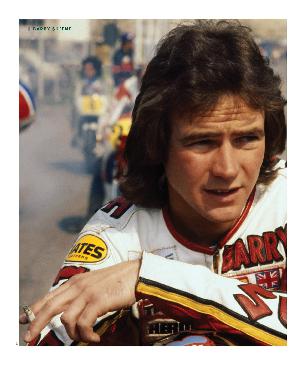 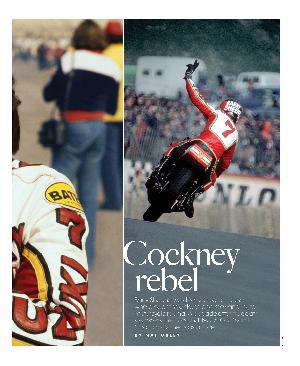 Ten years after losing his life to cancer, Barry Sheene remains a sporting icon and a totem of the fast and loose 1970s. The fact that Sheene was a heroic…

“I was really scared – with Franco you had to be like a soldier,” Nieto told me a few years ago. “When I won my first world title in 1969 I was doing military service and I was told I had to meet Franco. I was so scared because I’d never seen a general in my life! The second time we met, he asked me if the battle [in the races] was so hard.”

Nieto was clear favourite to win the 125cc race at Montjuïc – the fans expected it and so did the Generalissimo.

However, Sheene’s speed in practice made people take notice. He was just half a second slower than Nieto (as tight as it got in those days), thanks to his raw talent, the speed of his RT67 twin (which was faster than Nieto’s single-cylinder Derbi) and his circuit knowledge.

Sheene and his dad weren’t stupid. In early July he had travelled to Barcelona to get some track time in the Montjuïc 24-hour race, sharing a Norton Commando with Pat Mahoney. The pair led for several hours but were sidelined when the Norton’s gearbox cried enough after 15 hours. 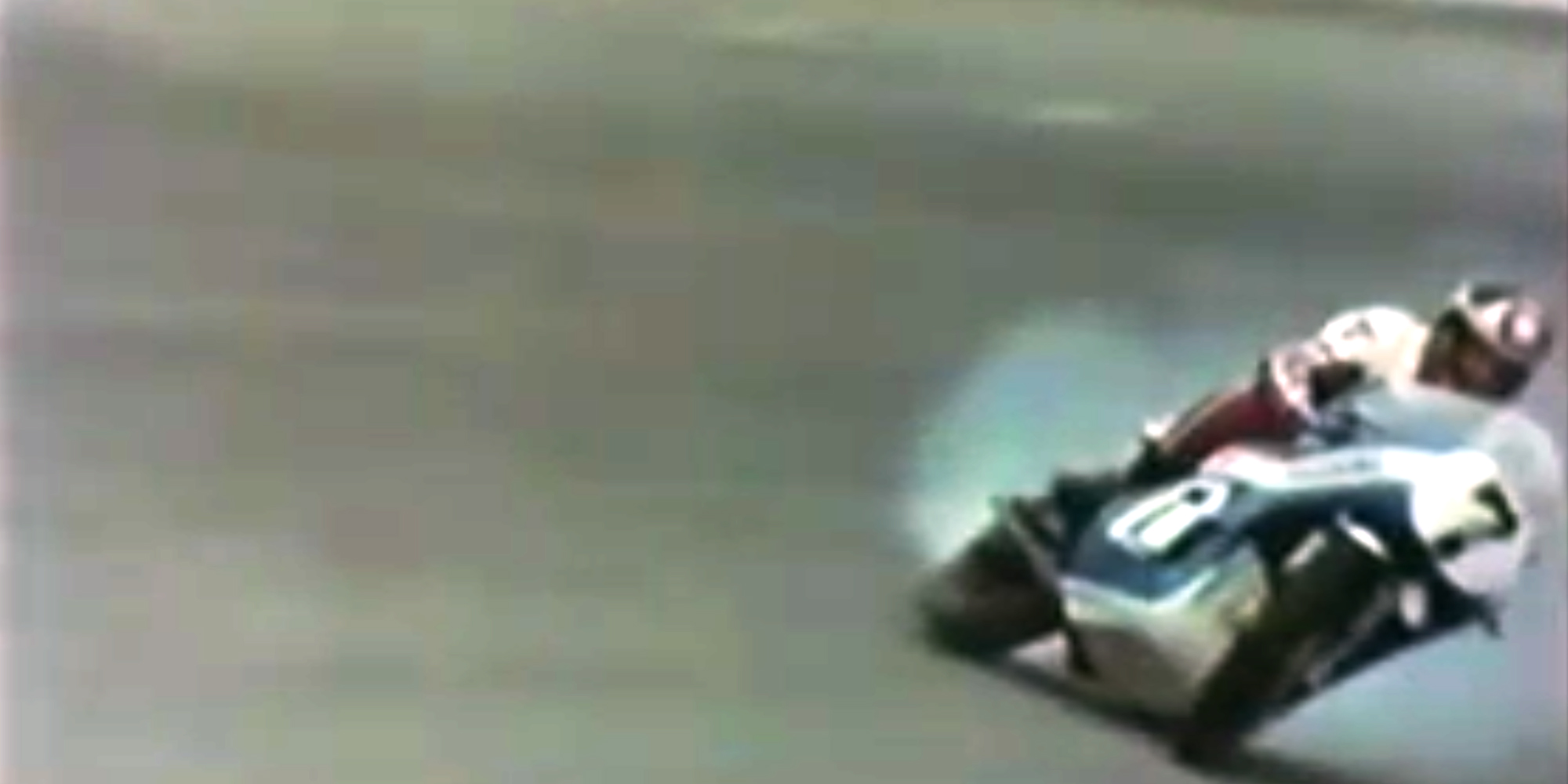 In the early stages of the 125 Montjuïc race Sheene stalked Nieto and 1969 125 world champion Dave Simmonds, who was riding a Kawasaki twin similar to the RT67. When Sheene took the lead from Nieto the crowd fell silent, but national pride was saved, thanks to a mistake made by Sheene Senior. He had geared his son’s bike too low.

Nieto got back to the lead to win by eight seconds. Sheene completed his GP debut in second place, 40 seconds ahead of GP regular Bo Jansson, riding a Maico single.

“I had to keep shutting off the motor on the fastest parts of the circuit – otherwise I’m sure I could’ve won,” said Sheene, displaying the cockiness that would help turn him into bike racing’s biggest star.

After the race Derbi protested Sheene’s bike, claiming he had used a ten-speed gearbox, because by 1970 all GP bikes were limited to six gears. Scrutineers stripped the RT67, which did indeed have a six-speed gearbox, made for the Sheenes by a Dutch gearbox expert. 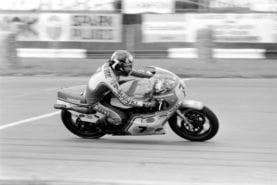 Sheene’s speed on the RT67 and his obvious star quality soon attracted the interest of Suzuki GB.

The following year Sheene rode the RT67 to second in the world championship, which he probably would’ve won but for mid-season injury. Instead the title went to Nieto. He also rode a Suzuki 500 for the first time – an ex-factory air-cooled XR05 twin. In 1973 he became a factory Suzuki rider, riding an XR11 750cc two-stroke triple to the international Formula 750 title.

Two years later Sheene had his infamous 175mph accident at Daytona, which snapped his left femur, broke his right arm, right collarbone and several vertebrae and took off a lot of skin. “I feel like I’ve been barbequed,” he said from hospital.

This accident – caught in detail by a British TV crew at Daytona filming a documentary on British’s up-and-coming motorcycling star – didn’t only break Sheene’s body; it also broke him into the big time.

Primetime TV coverage and tabloid headlines telling the story of his romance with glamour model Stephanie McLean made Sheene a household name in Britain. In many ways he was the prototype Valentino Rossi.